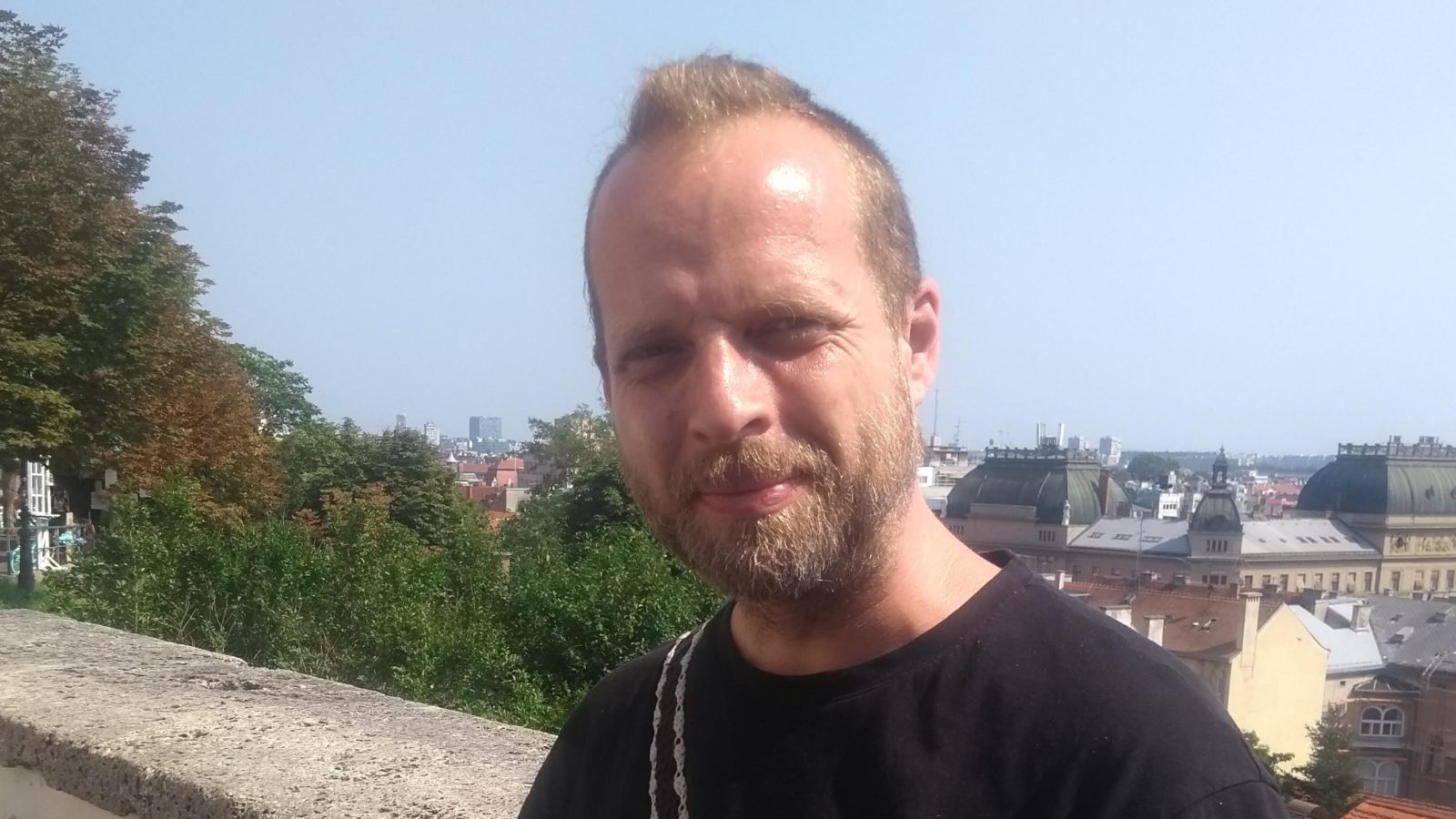 Benjamin Dickson’s powerful new graphic novel, A New Jerusalem, is set in Bristol in the aftermath of the Second World War, and explores the effects of the conflict on family life.

The Bristol-based writer and artist spoke to Bristol24/7 about the inspiration for the book, the trauma of war, and changing attitudes towards mental health.

What made you set a graphic novel in the aftermath of the Second World War?

It was a number of things, but the idea first came from my father’s accounts of playing on bomb-sites on his way to and from school.  It struck me as a really unique time for children to grow up, and an interesting time in which to set a story.  There were a few other key inspirations, but a major one was Ken Loach’s The Spirit of ’45, which talked about how the social and cultural make-up of Britain changed after the war.  I very much agreed with the sentiment of that film; that the NHS, the welfare state and so on were direct products of what happened to people in the war, the fact that previously impassable social barriers were broken down.  I think that we’re very much in danger of forgetting why people felt so strongly about creating the welfare state back then, what people went through to reach those conclusions – and if we lose it, I really don’t want us to have to fight another war to get it back!  So I decided to tell a story set in that time, one which talked about hope for the future (as it was in 1945), but also what the war actually cost those who fought it. 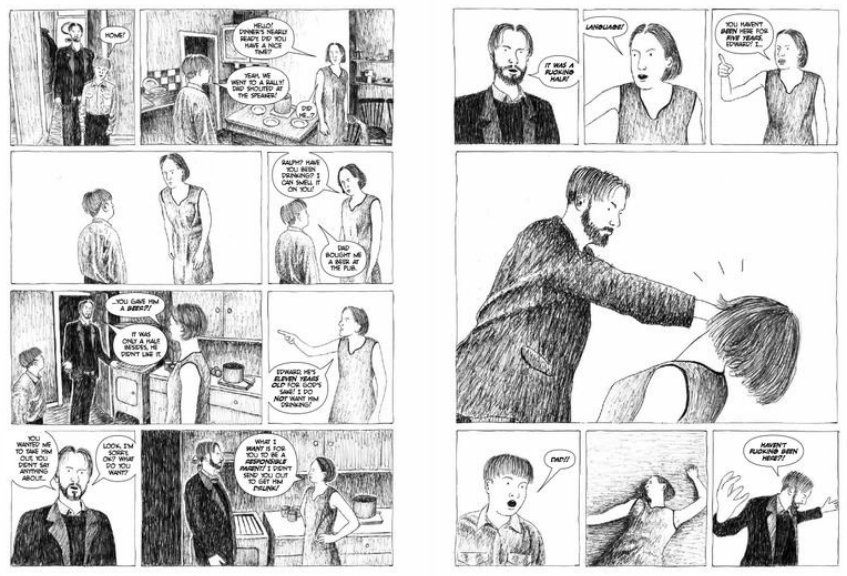 Is there anything about Bristol’s post-war experience that particularly interests you?

Lots – though to be honest I don’t really cover anything unique in the graphic novel, as I didn’t want to tell a story that was unique to Bristol.  A New Jerusalem is a story that could have been set anywhere in Britain.  I set it in Bristol simply to help give it a strong sense of place, and to be honest it’s just fun to set stories in your home town!  Bristolians will certainly recognise a number of landmarks in the book, and should be able to identify plenty of locations – but the story never overtly states where it’s set, as the precise location isn’t really that important.

But to answer your question, Bristol lost a lot of really extraordinary architecture in the war (such as The Dutch House) which the graphic novel references, and it saddens me that those buildings were never replaced.  Many other cities chose to replicate their lost architecture, we decided to build Broadmead!  When researching the graphic novel, I found the footage and photographs of Bristol’s bombed-out streets really quite haunting.  So much so in fact that I decided not to reference real bombsites, for fear of upsetting family members of those who died in the Blitz. 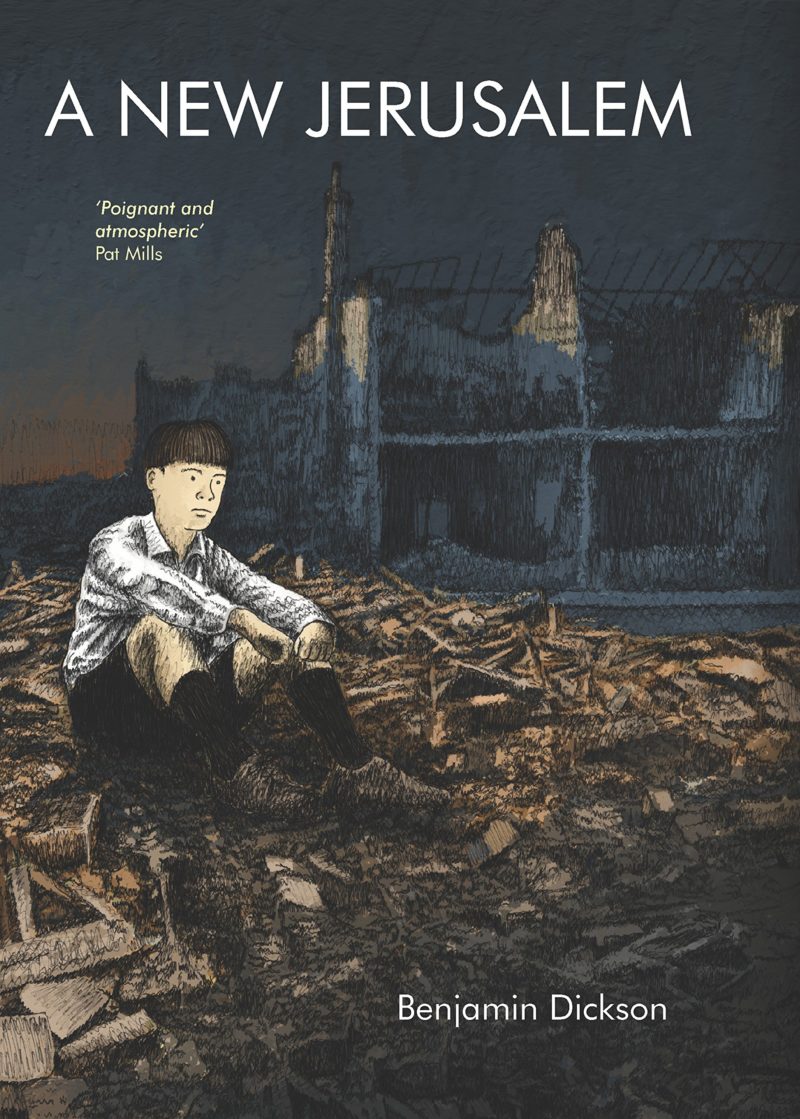 Benjamin Dickson’s powerful new graphic novel is set in Bristol in the aftermath of the Second World War.

The book deals with PTSD. How hard is it to write sensitively and realistically about really significant mental health conditions?

I think you have to have a clear idea of what you’re doing and why, and have a good reason for your approach – and it obviously helps to know a thing or two about it!  But probably the hardest thing is to make it palatable.  Writing something worthy is all well and good, but if it’s not engaging or spends its time hitting you on the head with issues, people aren’t going to read it.  I’ve certainly stopped reading things because I felt I was being preached to.

So finding the sweet spot where you can talk about difficult issues without making people run away is pretty much living the dream, I think.  Whether I hit that spot or not I don’t yet know, I’m still too close to the project to judge objectively.  I guess we’ll find out when the book is released!

How seriously do you think we as a society take mental health, particularly PTSD?

A lot more seriously than we used to take it, that’s for sure.  In 1945 it was barely recognised as a condition at all – as a returning soldier you were simply expected to “be a man” and get on with it.  And a lot of people simply weren’t able to.  Today it’s a recognised and understood condition.  But the fact that a lot of modern day returning soldiers still end up homeless, or with substance abuse problems, suggests to me that we still have a long way to go – and of course that’s just soldiers.

Mental health issues are endemic in modern day society.  One of the problems with treating it is that mental health is hard to quantify; a broken leg is easy to understand, and easy to know when it’s fixed.  A broken mind is much harder, especially when the person in question may seem perfectly fine on the surface, and it’s hard for the NHS to actually gauge results when the condition itself is so nebulous.  So it doesn’t surprise me that mental health provision lags behind physical health provision.

A lot of lip-service is paid to improving mental health provision from all sides of British politics, but I feel that austerity politics makes delivering that improved service impossible – at a time when mental health conditions in Britain are actually on the rise, thanks in part to austerity itself!

What effect do you hope the book will have on readers?

Above all I’m hoping they will simply enjoy the story.  The war, its aftermath and the issues I’m addressing in the book are all important, and I think they should all be remembered, so I hope I can do my bit to help people understand what that time might have been like – but more than anything else I hope people will simply be gripped by the story and taken somewhere else for a couple of hours.

A New Jerusalem is out now. For more information, visit ethicalshop.org/a-new-jerusalem-by-benjamin-dickson-pb.html The book will be launched at Arnolfini’s bookshop on Thursday September 27 from 6.30pm