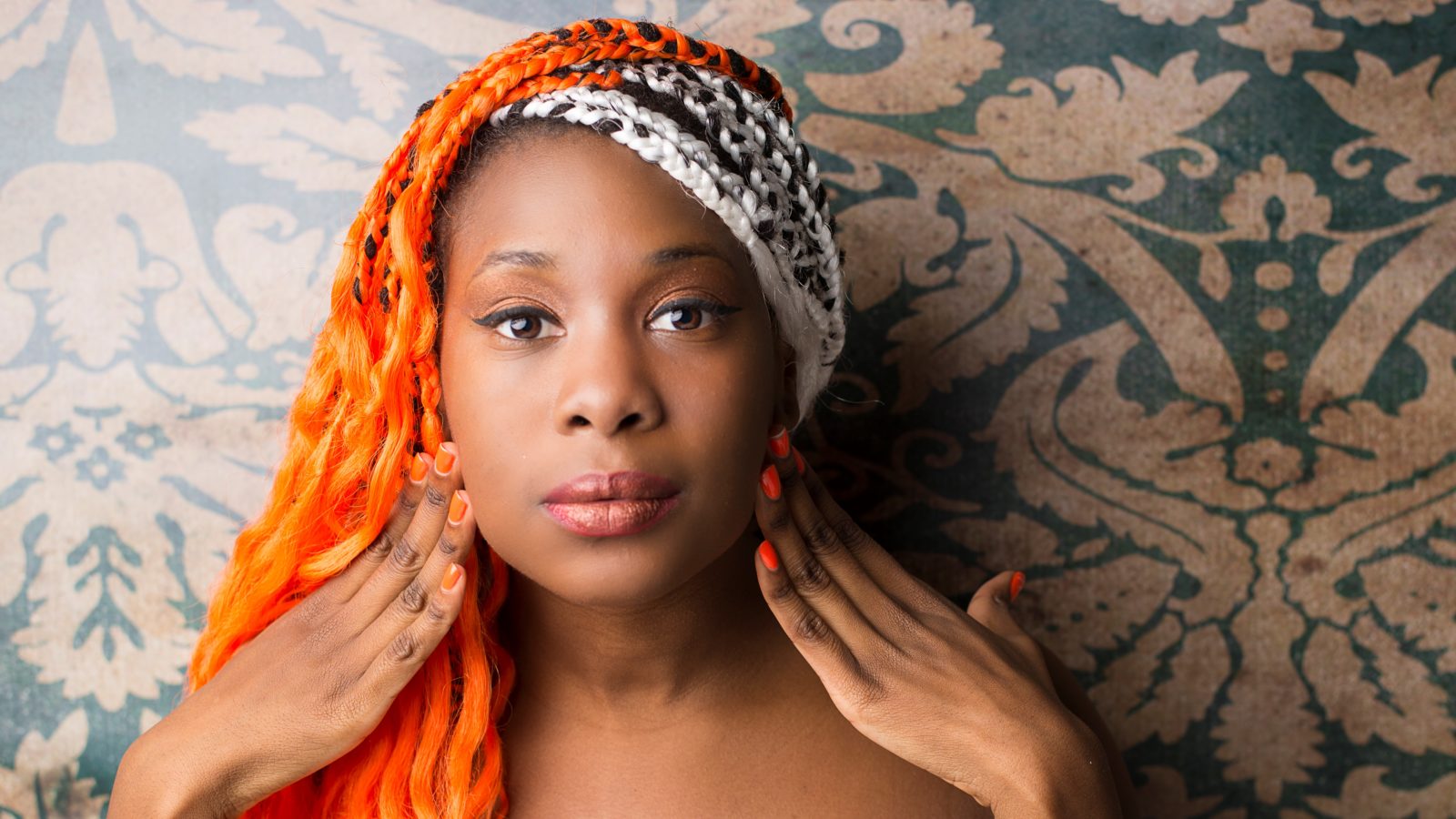 Rising poetry star, Bristol-based Birdspeed, is embarking on a visionary project for Black History Month. She will write and perform a poem a day on black British historical figures.  She will also be appearing at Hammer & Tongue and Spotlight during October.

When did you first start performing your poetry?

In 2016 at Milk Poetry. The night was a slam. I didn’t win but I enjoyed the night so much I returned a month later and had a joint win.  It was on this occasion I met and first heard Solomon OB.

Malaika Kegode (founder of Milk) and Solomon OB were the first poets who really arrested my attention because not only were their styles unique but the narratives they produced were interesting, relatable and well executed.  They were the first to actually encourage me to keep pursuing poetry.

A few months later I became incredibly frustrated and took a hiatus because I was very much aware of the lack of diverse voices being amplified and I felt I was losing my voice.  Before poetry I was heavily invested into Cultural Studies (Academia) and dance so I thought why not bring these components into my poetry.  I have a distinctive Caribbean background having grown up in Barbados and I was concerned about black British narratives being condensed to only a few experiences.

I want to harness the power of poetry into a weapon that can: combat demeaning stereotypes, address the lack of black female voices, share uncommon narratives and provide something positive for the community.  I am aware of tokenism, I am aware of “box ticking” for the purposes of diversity and it has always bothered me.

So long story short, in late 2017 my Birdspeed artistic character had evolved and is still transforming into something which I hope will make a positive difference.

What do you hope audiences take away from your performances?

I want people to feel moved.  I want my words to transcend beyond the venue and for my audiences to remember my pieces long after they are performed and have discussions about my work. I think poetry can reconnect people and promote stronger communal values.

Last, but not least I want my audiences to feel special and to know I have given it all I have.  I don’t care how many people I perform to. I take my art very seriously and want every person to know how dedicated I am to providing great work.

What inspired the idea for your daily poems on black British historical figures for Black History month?

There are two Black History Months – one in America which is in February, and one in Britain which is October.  However, in Britain sometimes the conversation is solely related to African American slavery or African American icons.  We should be celebrating all people from the African diaspora but I wanted to do something specifically related to black British people; odes to them; from Diane Abbott to Paul Stephenson; a short one-minute artistic piece that encourages people to think about their contribution to Britain and what they experienced.

Each poem will be recorded and uploaded to Soundcloud, and I will do a Youtube video recording. Each poem will, also, be available to read on my website which has a forum so people can ask me questions about specific aspects and when there is a line that seems a little abstract I will be able to discuss my linguistic choices.

I also need to stress that I am not being funded to do this. I am receiving no financial support for my work as a poet. I believe if I can do something I should do it rather than waiting for other people to do it for me. I am simply trying to be the woman I never saw growing up.  I want to help make a positive difference in my community.

And what will you be performing in your October live appearances?

At Hammer and Tongue on October 3 I will be performing The Butterfly Effect which will focus on carnival, dancehall and the environments that cultivated these well-known Caribbean cultures. It will be an ode to my grandparents and the people I grew up with specifically in the West Indies who have not had the same opportunities I have had.

At Spotlight on October I will perform Afrotrip. It will be an afro-futuristic experience, African and Caribbean culture mixed with sci fi! So I will be looking at black history in one performance and the future in the other.

If the audience does not already know about Afro- Futurism, I hope they have a pleasant introduction and if they do know about Afro- Futurism I want them to be very excited that a black British artist has taken it on as part of their repertoire.  I am obsessed with superheroes, Star Trek, Sci – Fi in general so I want to have fun with what I enjoy.

I will also be performing at an event on African Humanism with Dr Julius Garvey which is a huge honour for me. It is taking place at Wills Memorial Building, so I will be occupying the space which shares a similar history to a lot of historical buildings that were constructed/ funded by money made from slavery.  I am very interested in my performances occupying spaces which play a major role in the history of my people. The space itself effects my poetry, so I think my work at this event will indeed be site-specific.

In what ways do you think Bristol influences your work?

Bristol is an interesting city. It is unique in its segregation. I often go to events where the audiences are mainly white and to me this is a problem. Spoken word events, historical lectures, literature festivals, arts exhibitions are all events which would benefit from a more diverse audience.

Regardless of whether there are black performers or ethnically diverse topics, audience members should be encouraged to attend any social gathering from all walks of life and not feel excluded. Then, when there are events which are more culturally diverse and run by black and brown people I see a lack of white people and I think well hold on a minute this is ridiculous! It works both ways!

This is changing, there are great efforts being done, like The Year of Change Campaign but there is still a long way to go. This motivates me to want to help be a part of that and inspire more diversity in Bristol’s public spaces.

It was in Bristol where I was first encouraged and I will never forget that. I am very happy that the Bristol poetry scene has enabled me to explore my potential and provided safe spaces to perform. I want to help push the boundaries of spoken word performances.

Birdspeed’s daily poems for Black History Month will be available on video, on Soundcloud and in writing via her website. For more information, visit www.birdspeedthefirebird.com/ She is appearing at Hammer & Tongue on October 3, at Spotlight on October 9, and reading at Dr Julius Garvey’s lecture on African Humanism at the Wills Memorial Building on October 11.

Read more: Agency for writers of colour expands to Bristol