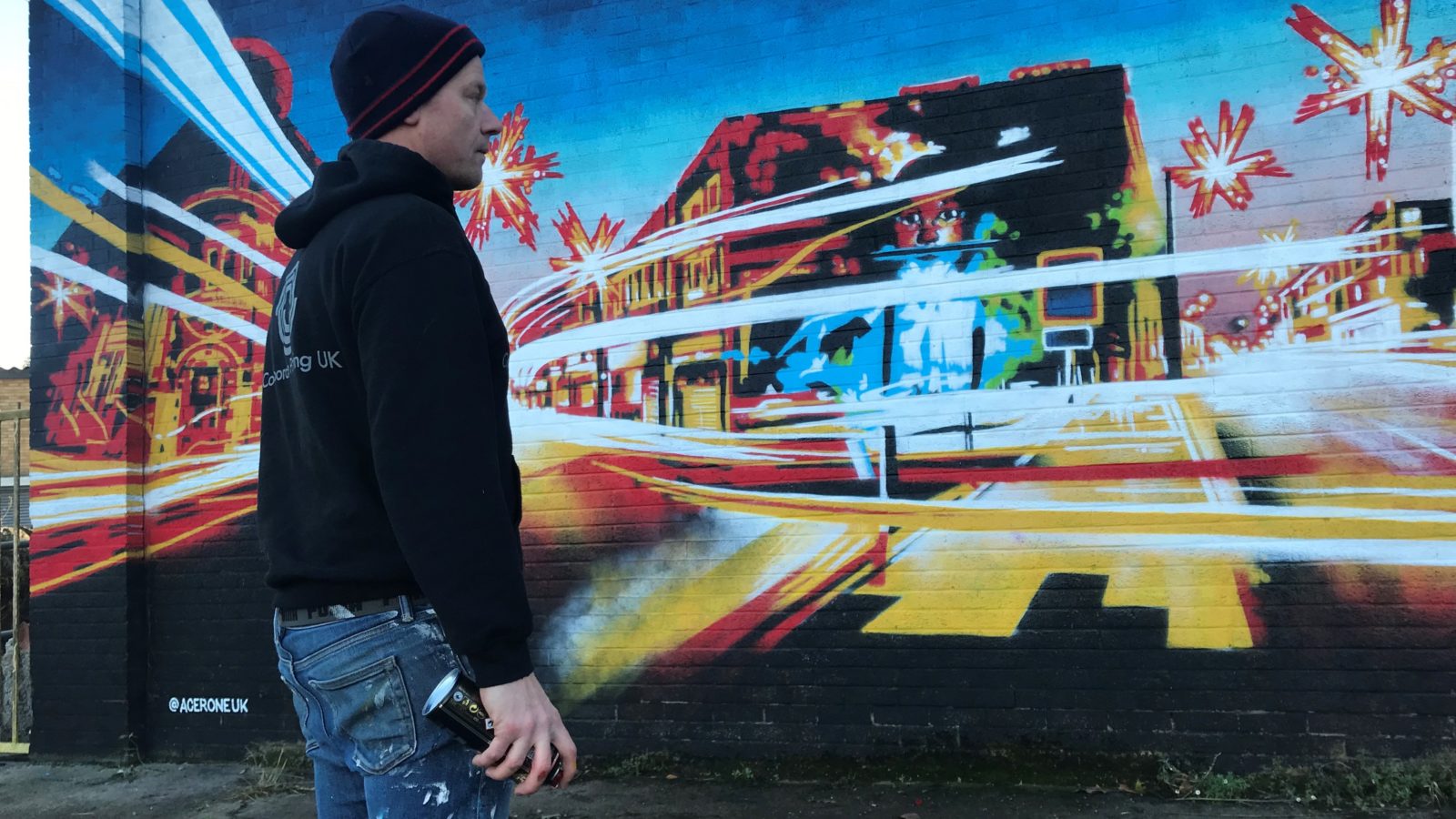 Imagine walking home through the streets of Bedminster on your back home from Upfest, still buzzing from the day that you’ve just experienced.

That’s the atmosphere that Acerone has tried to create in his new piece that has seen him create a mythical BS3 on a wall in a car park. 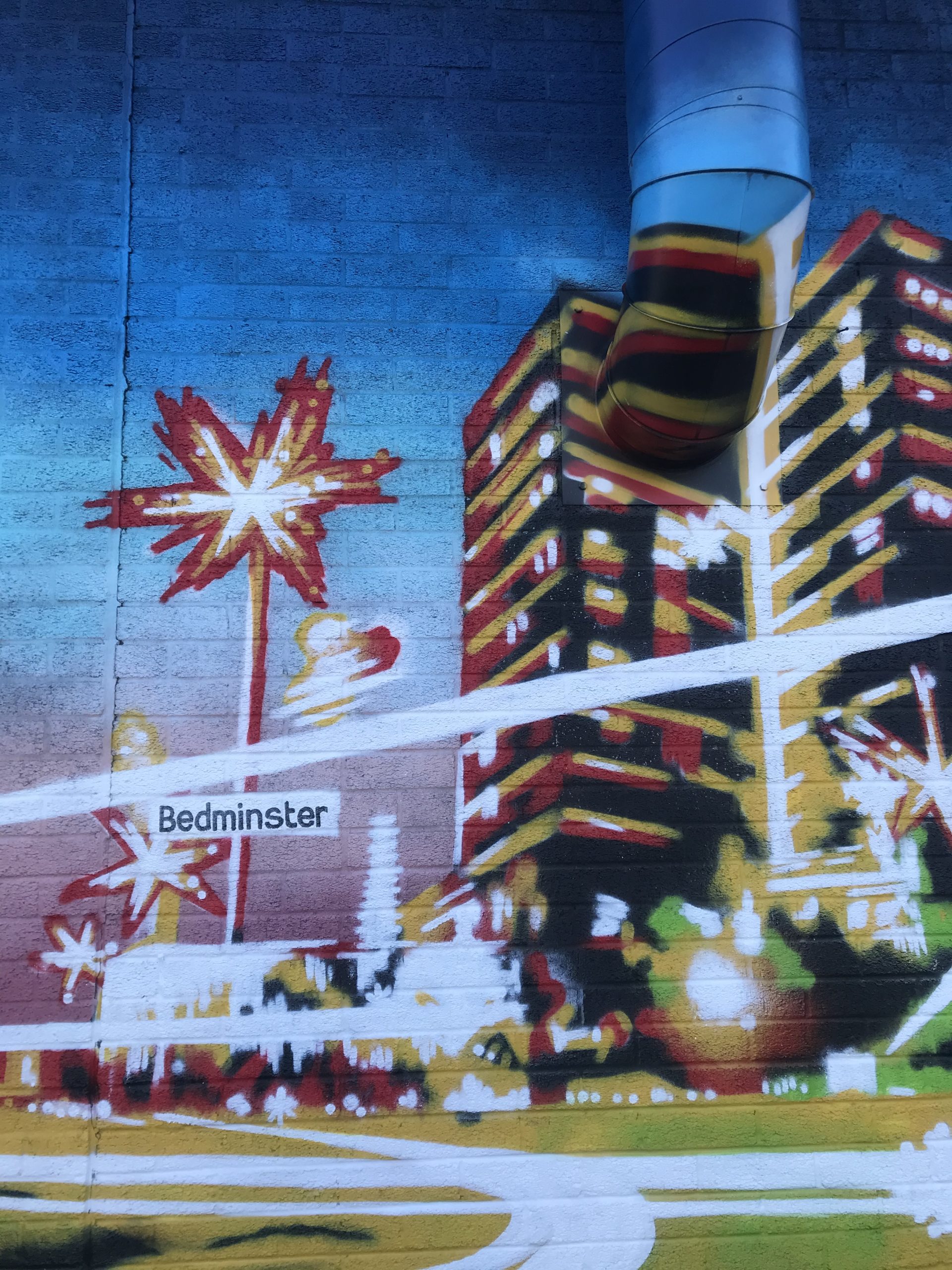 The artist was commissioned to paint the wall by the business who owns it after it was frequently tagged.

Next to the main piece, Acerone – also known as Luke Palmer – has also painted Bedminster spelled out in geometric lettering.

On the wall overlooking one side of Bedminster Car Park off Dalby Avenue is now a variety of familiar south of the river sights. 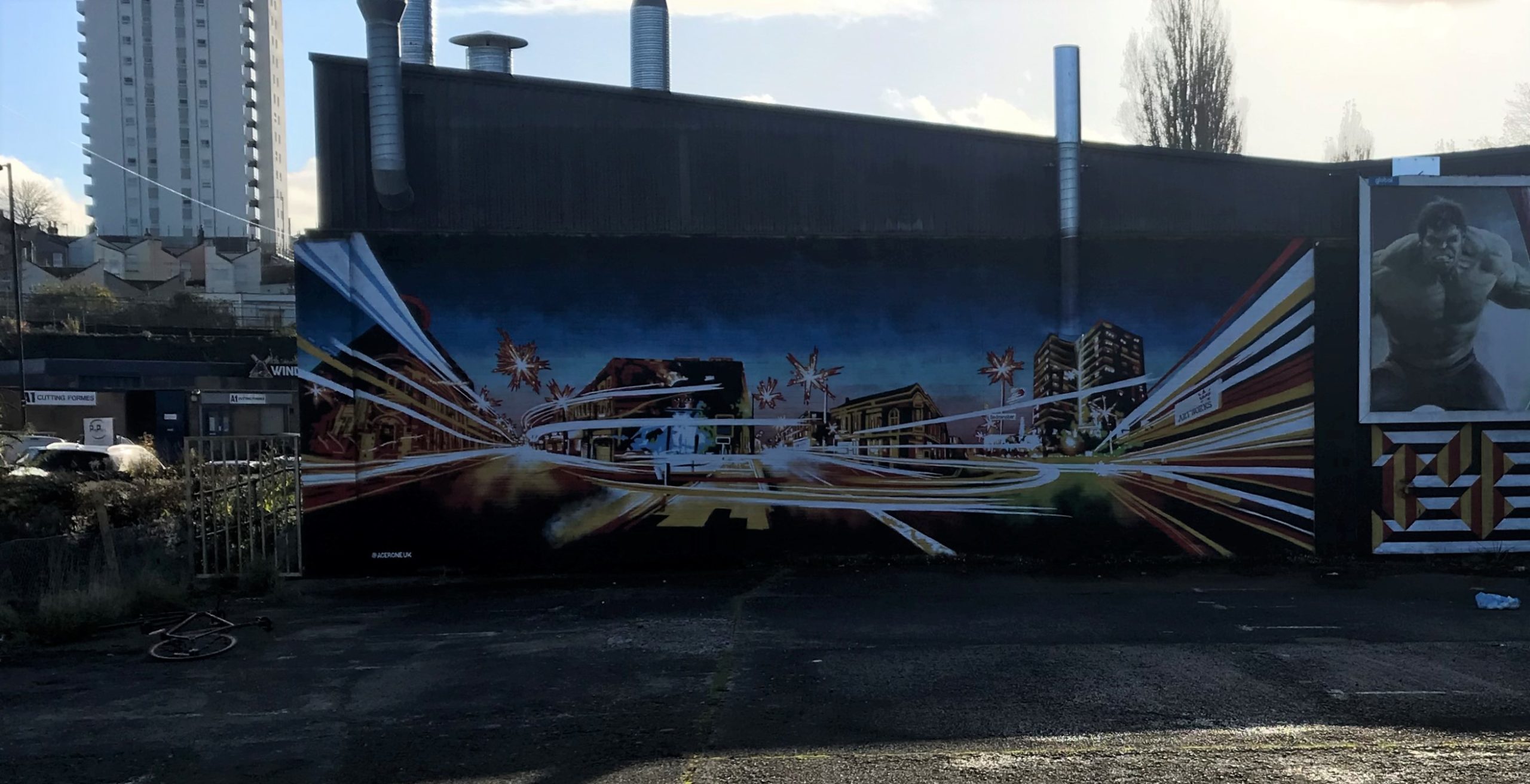 Acerone’s new mural is on the back of a building overlooking Bedminster Car Park – photo: Martin Booth