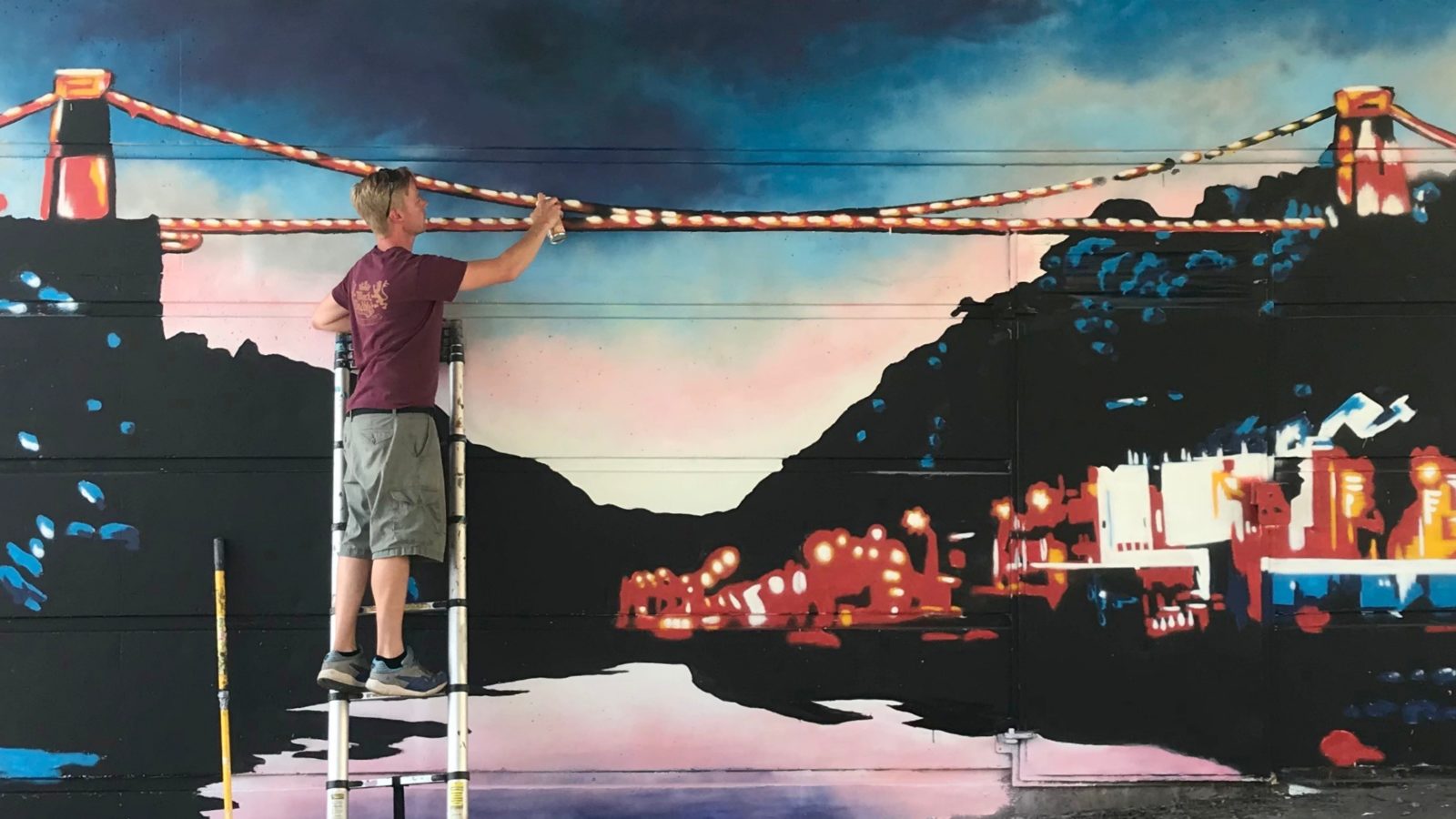 His distinctive style has not been seen on the streets of Bristol for some years, but Acerone has returned with a stunning new piece beneath the Cumberland Basin flyover.

Begun on Thursday and finished on Friday, the mural – commissioned by Art Under the Flyover – features the Clifton Suspension Bridge and Avon Gorge as seen from the viewing point near the Create Centre.

Acerone, aka Luke Palmer, has previously had his work exhibited at the RWA, the M Shed and the Colston Hall. He has recently helped bring Tunisian collaborative painting to the UK. 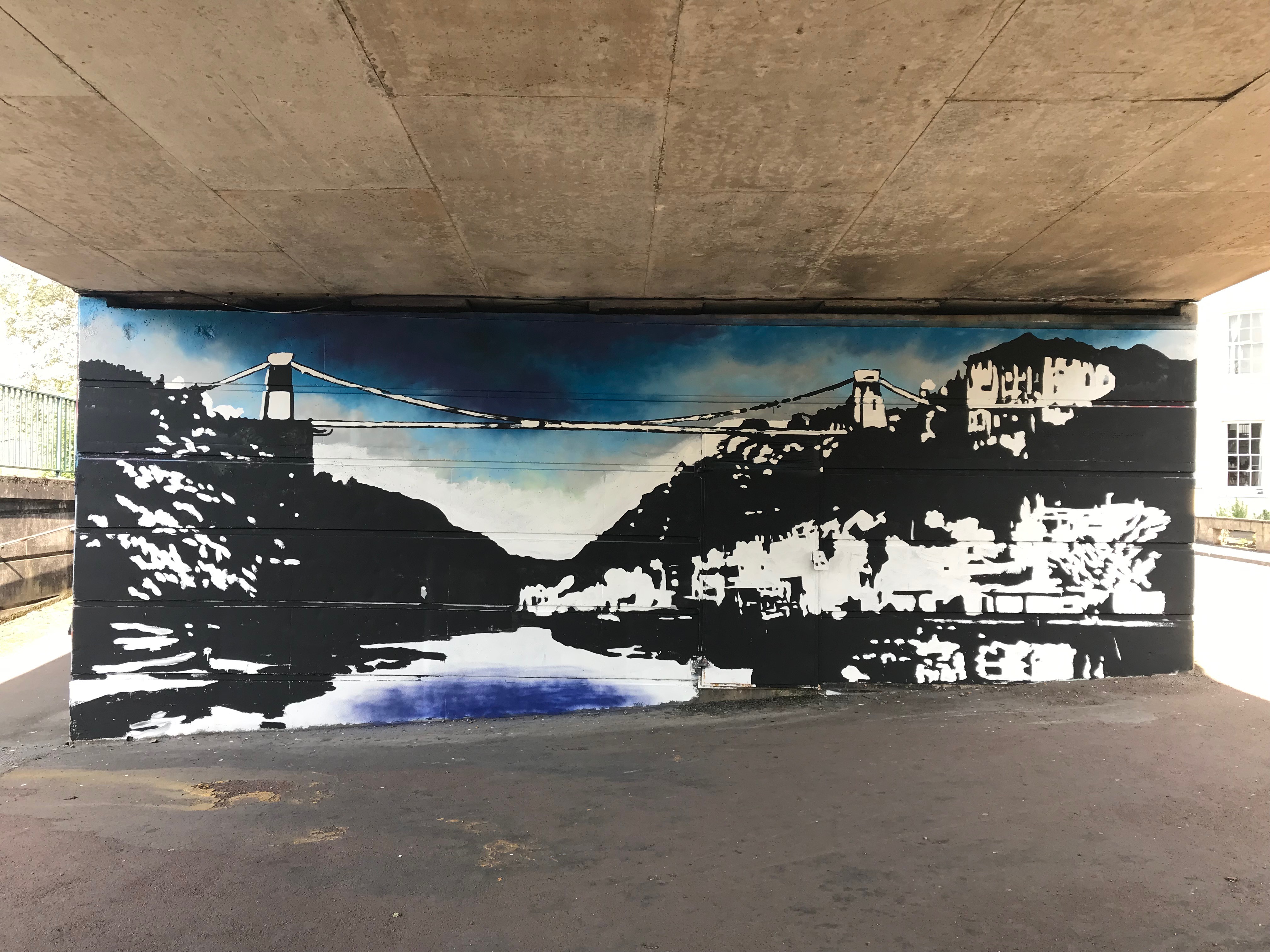 Acerone begun his mural underneath the Cumberland Basin flyover on Thursday 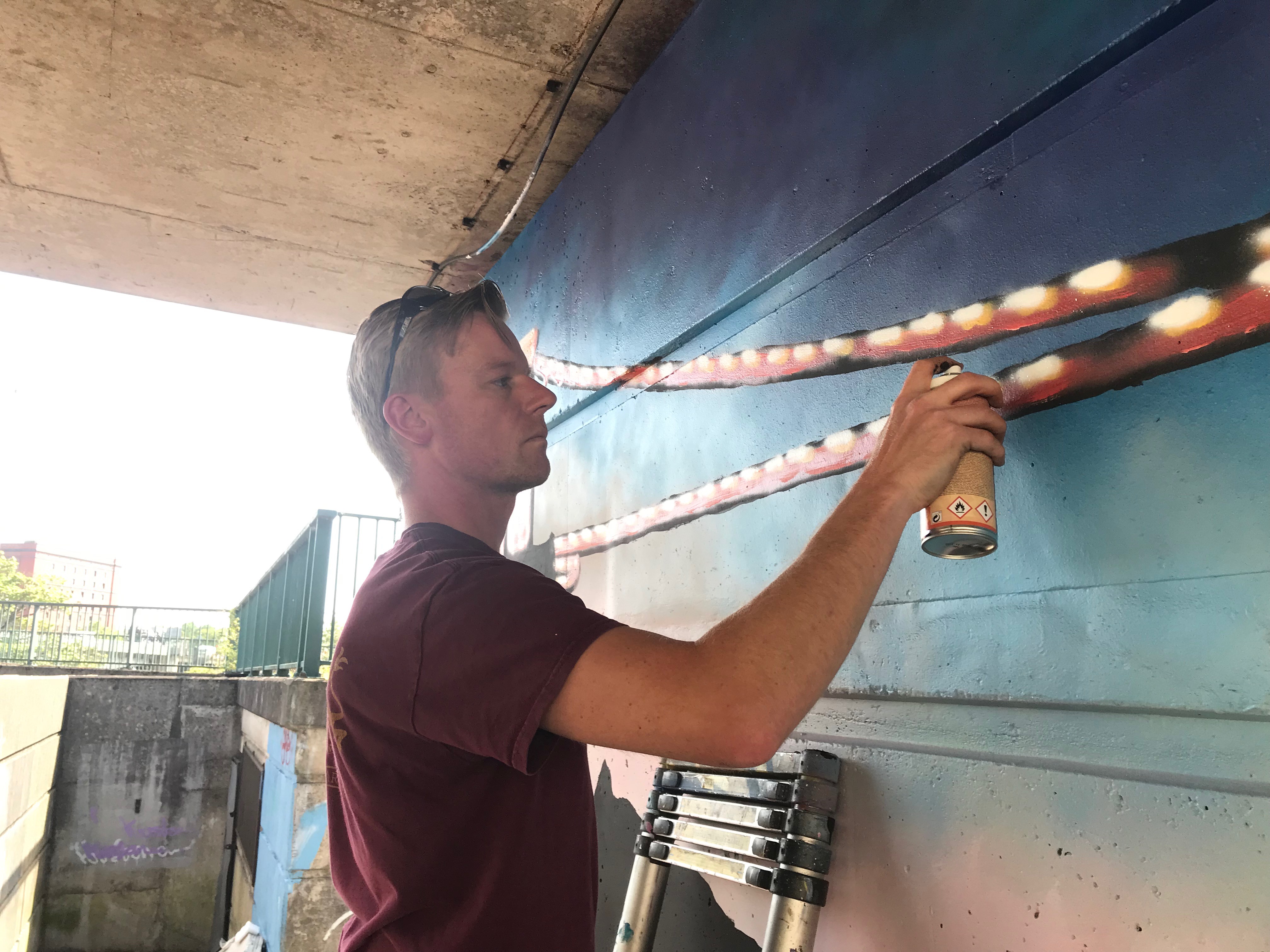 Here he is painting the piece 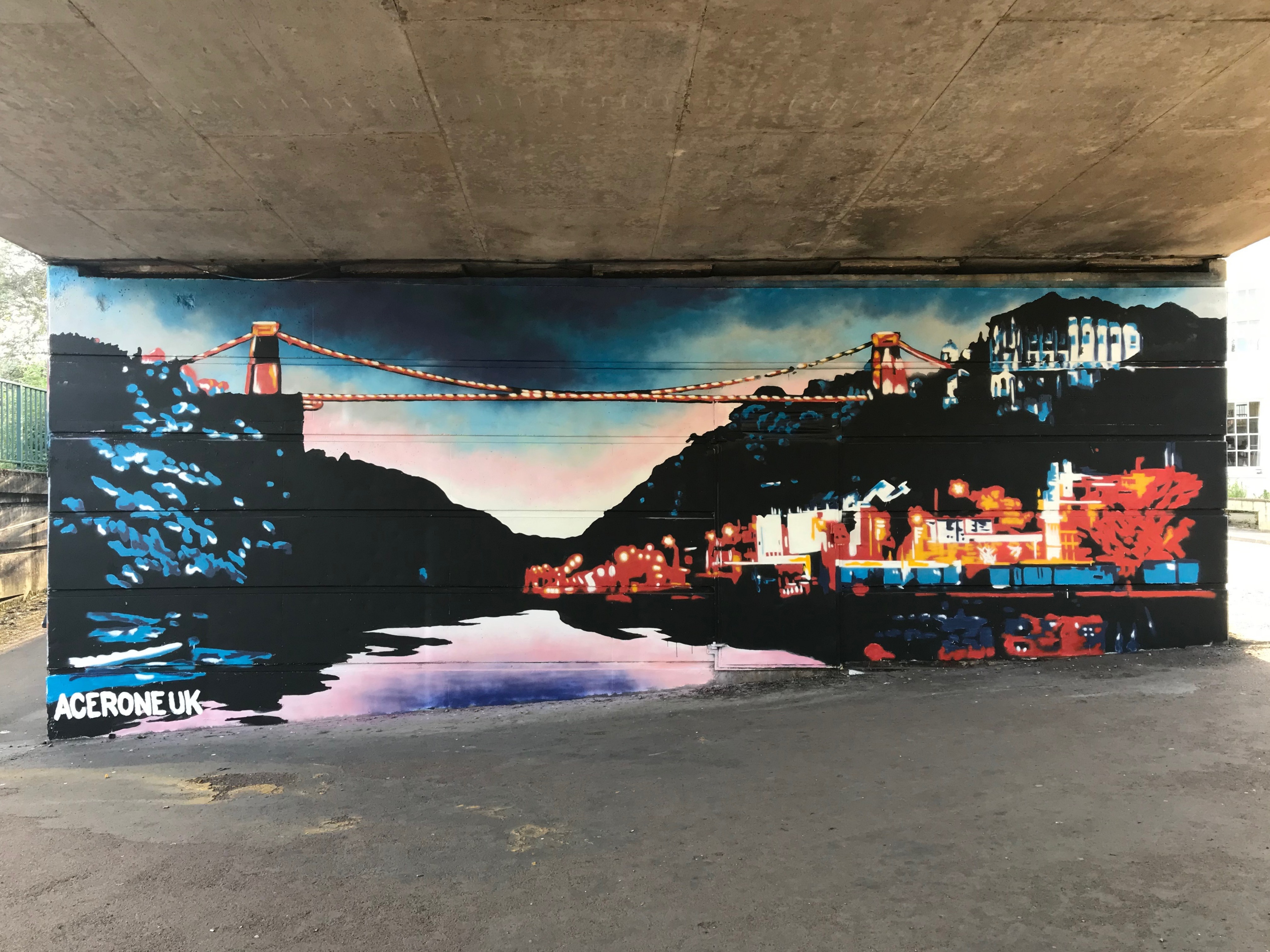 And here is the finished mural 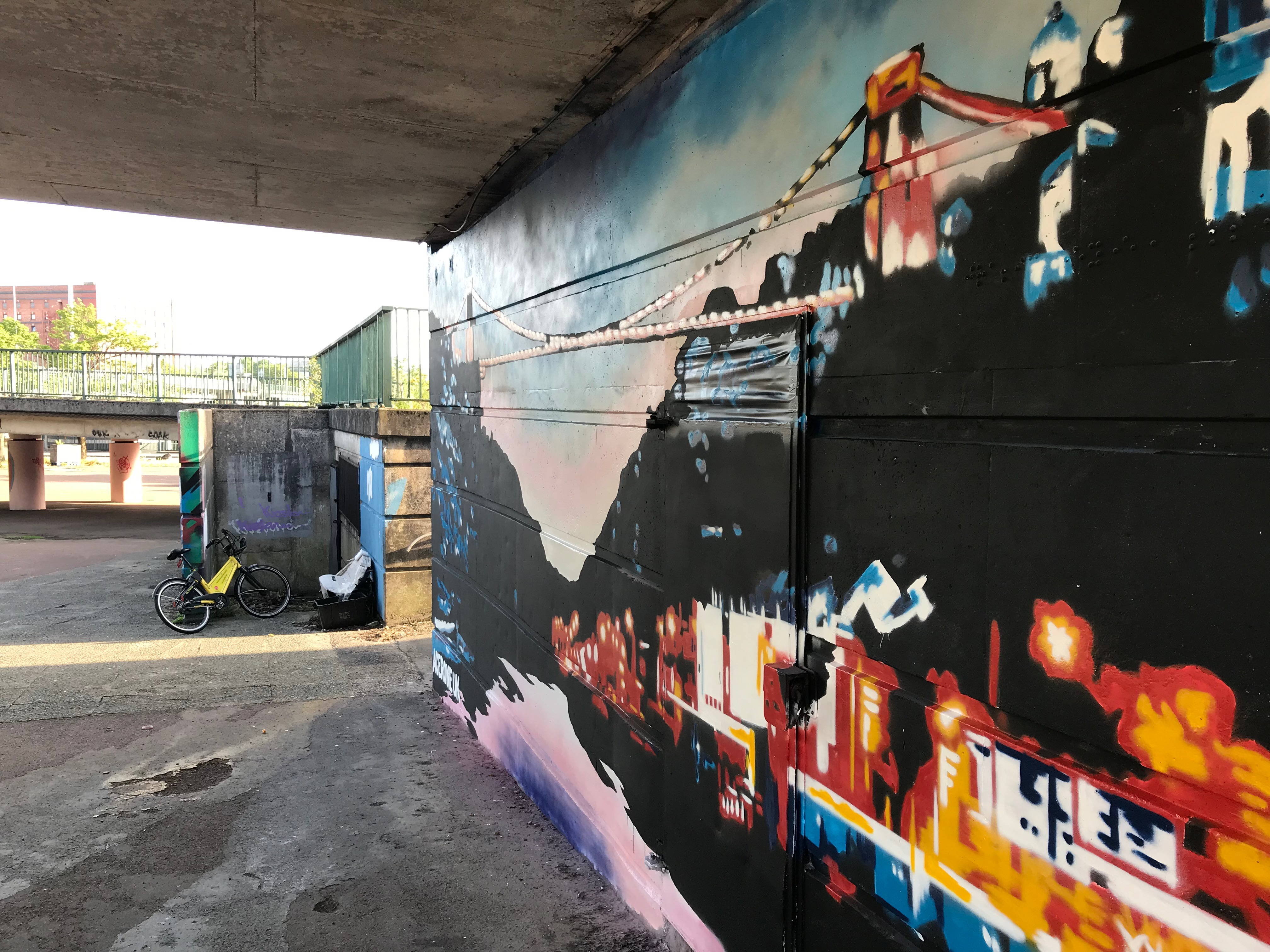 The piece was commissioned by Art Under the Flyover 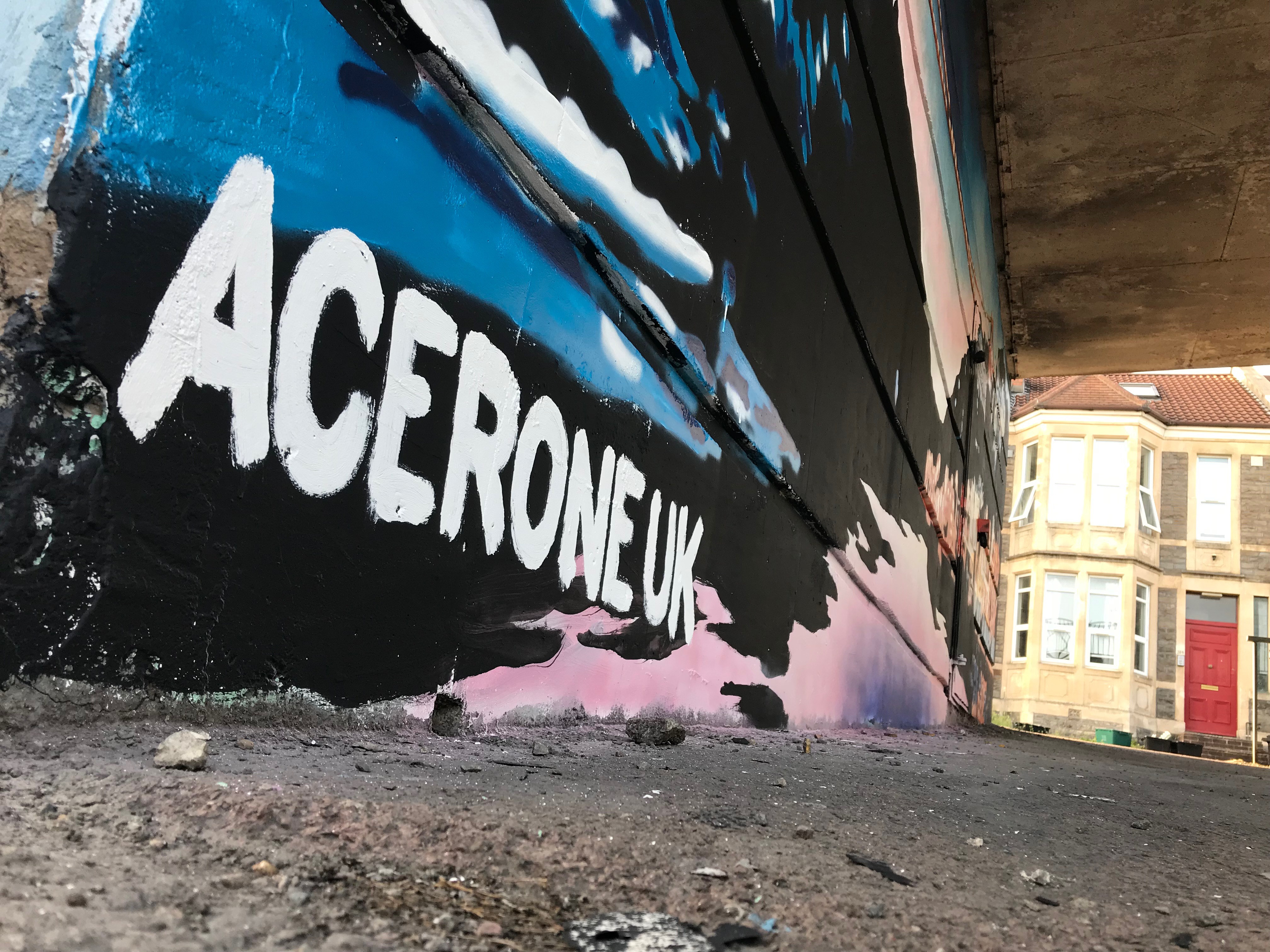 Acerone has painted the same scene before:

Thank you to those who have placed an order for one of these 'Avon Gorge' super high quality 310g giclee prints – just ONE left! Yours for discounted price of £50 (from £85 gallery price) email: info@acerone.org to bag it! 70x50cm signed and numbered by myself, ltd ed of 50. #bristol #cliftonsuspensionbridge @cliftonsuspensionbridge

With the TCF Crew, he previously painted the same wall in 2018:

He also helped paint a piece nearby:

A ‘vintage’ print of the Arches on Cheltenham Road:

And here’s a throwback to Acerone’s piece at the RWA for the Crimes of Passion exhibition in 2009:

Throwback nearly ten years to my piece at #CrimesofPassion at @RWAbristol. I feel honoured to be back working with the RWA to create a series of new @collaborativepaintinguk artworks with over 30 guest artists to build a new body of work for the UK’s first #TunisianCollaborativePainting exhibition in Feb 2019. Let’s do it all again today!! #throwbackthursday