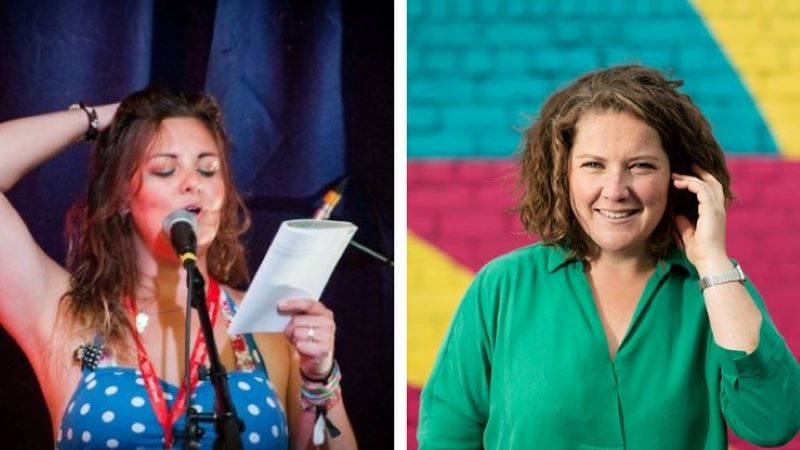 Like The Water is a poetic journey through grief, adolescence, sexuality and enduring, transformative love which can exist in all kinds of female relationships.

Bee’s sister is dead. But she’s still got a lot of things she wants to say to her. Plus, there isn’t really anyone else to talk to when you’re a teenage girl and you live in a seaside town in the North of England twinned with The End of The World.

The show is built from Sally Jenkinson’s poetic novella Like The Water and written while she was Artist In Residence at the Gunnar Gunnarson Institute in Iceland. It is set against Nuala Honan’s improvised sonic landscape created with an electric guitar and a whole mess of pedals and weird gorgeous sounds.

Sally Jenkinson is a poet, writer and performer based in the Forest of Dean (before that Brighton and before that Bristol). She is an outreach support worker for young people with learning disabilities and curates sensory storytelling and sensory poetry sessions for people with profound and multiple learning disabilities. Boys, her second collection of poems was published in 2016 by Burning Eye Books.

Nuala Honan is a singer, guitarist and songwriter from the outback of Australia who is now based in Bristol. She has toured extensively across the UK, Asia and Australia and has appeared at many festivals including WOMAD and Glastonbury. Nuala has worked on many theatre shows. Her first album, The Tortoise, came out in 2013 and a new one is due in 2019.