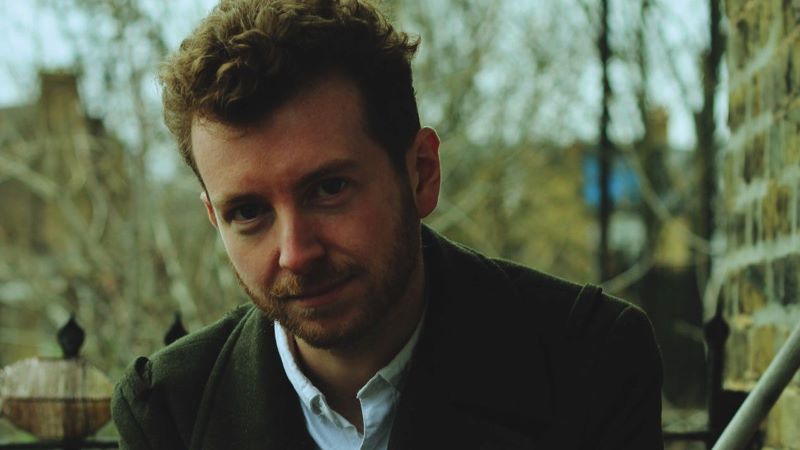 Adam Scovell reads from and introduces his debut novel, Mothlight.

Steeped in dusty melancholy and analogue shadows, Mothlight is an uncanny story of grief, memory and the price of obsession.

Phyllis Ewans, a prominent researcher in Lepidoptera and a keen walker, has died of old age. Thomas, a much younger fellow researcher of moths first met Phyllis when he was a child. He became her carer and companion, having rekindled her acquaintance in later life.

Increasingly possessed by thoughts that he somehow actually is Phyllis Ewans, and unable to rid himself of the feeling that she is haunting him, Thomas must discover her secrets through her many possessions and photographs, before he is lost permanently in a labyrinth of memories long past.

“One of the most interesting and original young British writers about landscape, culture and people that I know; consistently adventurous in his explorations of place as a novelist, essayist, critic and film-maker.”
– Robert Macfarlane, author of Landmarks and The Old Ways

“Adam Scovell is an archaeologist of the imagination, forever unearthing stories like treasure from the soil, raising ghosts, finding links and shining a flickering light into England’s hidden corners.”
– Benjamin Myers, author of The Gallows Pole and Under the Rock

“The English landscape, peculiarly charged domestic spaces, a suggestion of the uncanny and a mind unravelling at the heart of it all. Restrained, precise, perceptive writing. Fine British weird.”
– Adam Nevill, author of The Ritual

“Innovative, moody and melancholy. This intriguing novel’s obsessions will become yours.”
– Paul Tremblay, author of The Cabin at the End of the World

“An eerily compelling book reminiscent of Arthur Machen, in which the self dissolves into the flapping of flimsy wings.”
– Luke Turner, author of Out of the Woods

Adam Scovell is a writer and filmmaker from Merseyside now based in London. His writing has featured in The Times, BFI, Sight & Sound, Little White Lies and The Quietus. He runs the website, Celluloid Wicker Man, and his film work has been screened at a variety of festivals and events. In 2015, he worked with Robert Macfarlane on an adaptation of his Sunday Times best-seller, Holloway, and has worked on films alongside Stanley Donwood, Iain Sinclair and BAFTA-nominated director, Paul Wright. His first book, Folk Horror: Hours Dreadful and Things Strange, was published by Auteur in 2017 and he has recently completed his PhD at Goldsmiths University.