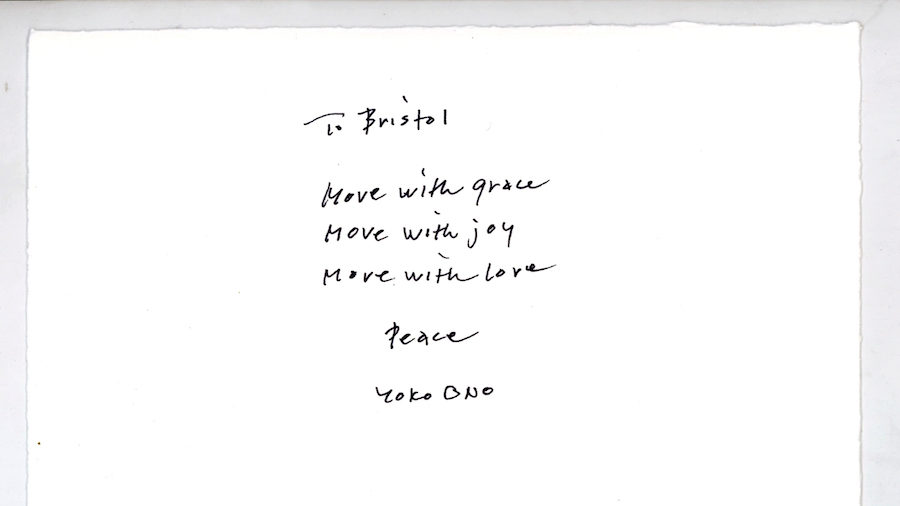 World-renowned artist and activist Yoko Ono presents a solo show at The Georgian House Museum: “an intervention reclaiming the space in a new and exciting way to bring a whole new audience to the Georgian House, who will then be pulled in to explore its significance in Bristol’s history.”

“We live in an age where human trafficking is more prevalent than ever , so my aim is to make clear that the slave trade is not just a thing of the past but a modern human crisis – according to Amnesty International it’s at an all-time high – so having the voice of one of the most famous artist-activists in the world is a way to bring a new spotlight onto Bristol’s heritage and involvement with the slave trade, and as with all great art, it gives us permission to open dialogue and create a better understanding of ourselves and our cities past, as well as its future and what role we need it to perform.

“By experiencing conceptual art in this unexpected context, it will create a platform as an invitation to all members from all communities to join in the conversation. As we are all co-creators of our cities’ legacy, and art is one of the few authentic platforms that allow us to have difficult but necessary conversations, this will be, in effect, a show within a show.”