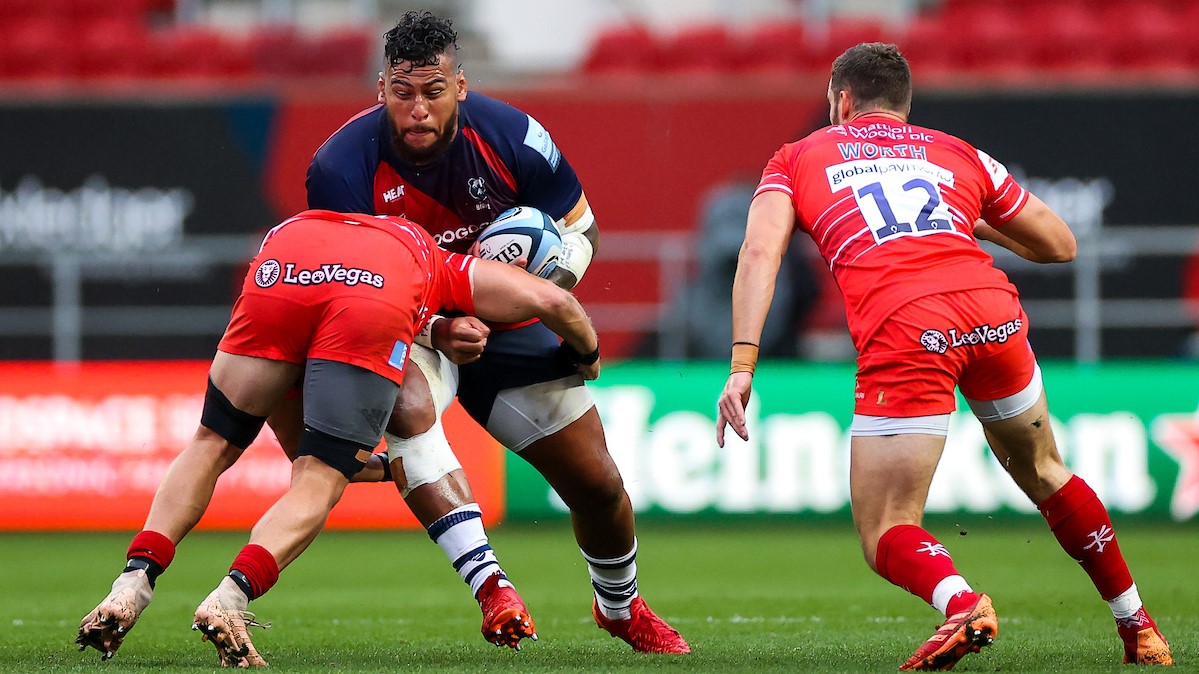 There was a changing of the guard at Ashton Gate on Wednesday afternoon.

For many years, Leicester were the undisputed best team in England. Yet this season they probably would have been relegated had it not been for Saracens’ financial indiscretions.

Only three years ago, Bristol were playing in the second tier but this 40-3 victory kept their Premiership hopes alive. And then there is the small matter of the European Challenge Cup final.

In what will most likely be Bristol’s last home game of the elongated 2020/21 campaign, Pat Lam made ten changes to the side that beat Bordeaux to secure the Bears’ ticket to France for the cup final against Toulon.

Ioan Lloyd, Nathan Hughes and Bryan Byrne crossed the whitewash for the Bears in the first half, with a vital bonus point secured by Dan Thomas as he scored for Bristol’s fourth try early in the second half.

A play-off place is still well within Bristol’s grasp, but it could come down to points difference, with Lam’s men battling with Bath, Sale and Wasps for places two, three and four in the Premiership table.

In his first home game for the Bears on Wednesday evening, Niyi Adeolokun was lively on both wings, showing a scintillating turn of pace that was not matched by his handling; and he was unlucky to have a try disallowed after replays showed that Hughes had knocked on at the side of a ruck.

A sad sight was to see Max Lahiff limp off injured, meaning that Kyle Sinkler had to return to the field, with Semi Radradra also given a 20-minute cameo appearance in the final quarter of the game.

Callum Sheedy missed just one kick all night, and Harry Thacker weaved in and out to score against his old club, with Radrada almost setting up Adeolokun in the final play of the match, with an intentional knock-on leading to a Bristol penalty try.