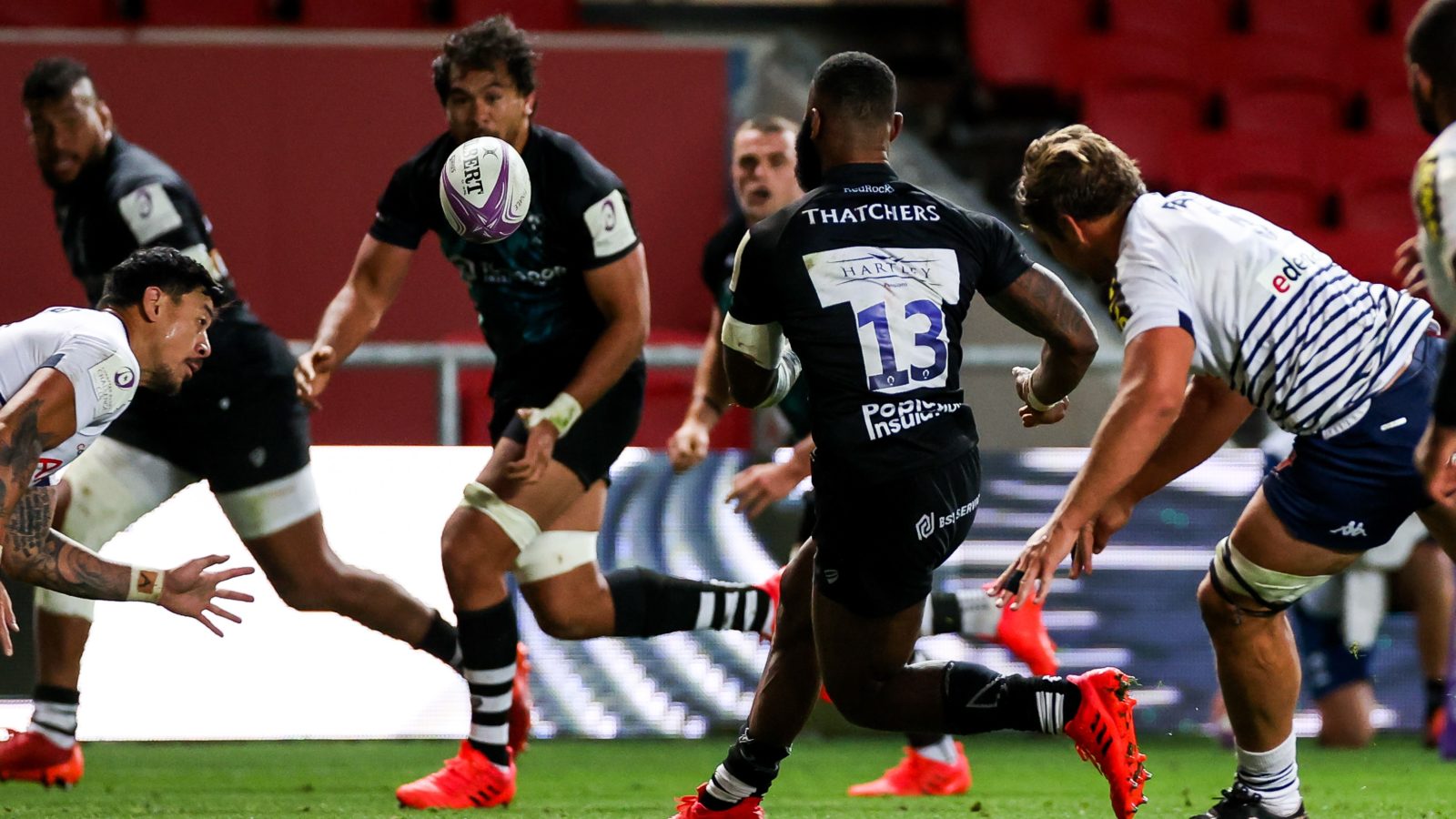 One hundred minutes of rugby were needed at Ashton Gate on Friday night to secure Bristol Bears’ passage into the final of the European Challenge Cup.

Bristol director of rugby Pat Lam puts a huge amount of emphasis on his backroom staff, and it was his team’s superior level of fitness in extra time which was one of the reasons that this game was won – honed by many hours of work at the team’s High Performance Centre in Failand.

Winning silverware has always been the aim for Lam and this could be the year to start the collection on Beggar Bush Lane.

Bristol Bears beat Bordeaux-Bègles 37-20 – after both clubs finished regulation time with 20 points – to progress to their first ever European final, with jubilant scenes at the final whistle as the players and staff celebrated a famous victory.

At one moment in the first half, two Bordeaux players were on the floor receiving medical attention at the same time having both been tackled heavily by Semi Radradra.

It was the Fijian who set up a crucial try for Steven Luatua to score Bristol’s first try of the game with a minute to go before the interval.

From one side to the other @BristolBears get the score they've worked so hard for and we have a cracking game on our hands!#ChampionsCupRugby pic.twitter.com/RHSfMMiJmE

Radradra could not keep out of the action and was sin-binned for ten minutes for a high tackle at the start of the second half.

While he was off the field, it was scrum-half Harry Randall who worked some magic, kicking the ball on with the outside of his boot for man of the match Max Malins to chase onto and score.

On a cold evening that warranted the return of the Bears’ infamous bobble hats, Malins scored a second in the first period of extra time after a first from Piers O’Conor.

And Bordeaux were not able to overturn the 14-point deficit with the Bears defence holding firm and the boot of Callum Sheedy as accurate as ever to ensure an appearance in the final on October 16 against either Toulon or Leicester.