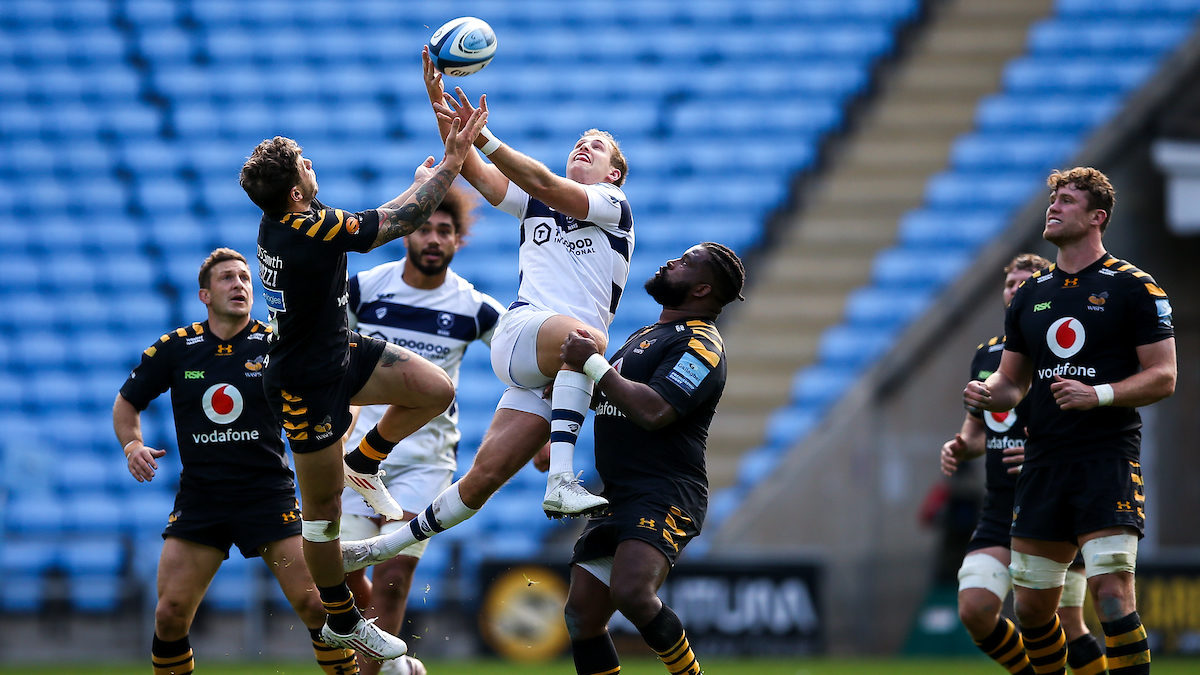 Bristol’s league season came to an end in Coventry on Saturday afternoon just less than 12 months after it started.

The longest ever Premiership campaign saw the Bears bow out to Wasps in the semi-finals – with a trip to Twickenham having to wait for another time.

Bristol were unable to make up an 18-point deficit at half-time and were second best for most of the game at the Ricoh Arena which finished 47-24 in Wasps’ favour as the Bears lacked much of the sparkle that they have played with this year.

A Max Malins try with only minutes to go was a sign of what might have been in Bristol’s first Premiership semi-final for 13 years – and it will undoubtedly not be as long to wait for another appearance, despite this evident disappointment.

Silverware could still be coming to Bristol, however, with Pat Lam’s men travelling to France on Friday for the final of the European Challenge Cup.

Wasps opened the scoring on ten minutes with a Malakai Fekitoa try chasing up a dainty chip kick from Dan Robson. But it was Wasps star player Fekitoa’s last action of the match as he was taken off injured.

Bristol Bears opened their account with a quick tap penalty from Nathan Hughes in front of the posts leading to Andy Uren throwing a pinpoint pass to Luke Morahan, who dived over in the right wing for his tenth try of the season.

Penalties and a try from Jack Willis kept the scoreline ticking over for Wasps, with Bristol trailing 23-5 going into the interval, with the Bears struggling to find any serious momentum.

It was Willis who saved the day for Wasps at the start of the second half, holding up Callum Sheedy after Bristol’s fly half had crossed the line.

Bears pressure eventually told as almost the whole team combined to see Harry Thacker get pushed over the line to continue the hooker’s astonishing try-scoring season.

Referee Matt Carley was still talking to several Bristol players when Dan Robson took a quick penalty behind them to cross the line, and Wasps continued scoring thanks to a breakaway try from Zach Kibirige and a sensational try from Matteo Minozzi after a cross-field kick by Jimmy Gopperth.

Quick hands in the backs from Ben Earl and Piers O’Connor led to Harry Randall score Bristol’s third try of the match, followed by the effort from Malins, but it was too little too late – with all eyes now on Friday against Toulon in Aix-en-Provence.

This caught EVERYONE off guard 😳

Wasps are turning it on! 🎚💯