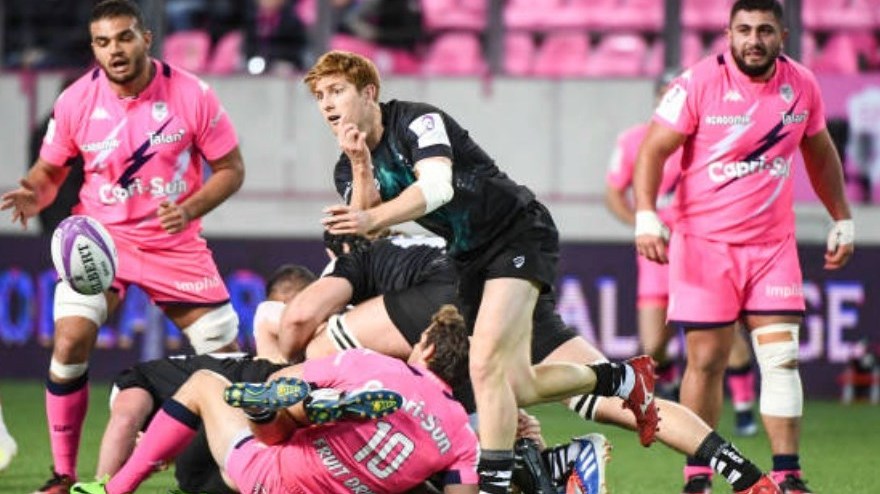 Bristol Bears left it late to maintain their 100 per cent record in the European Challenge Cup, as Harry Thacker’s 78th-minute try sealed a memorable victory over Stade Francais at Stade Jean-Bouin on Saturday night.

The replacement burrowed his way to the line from close range, leaving Callum Sheedy with the simplest of conversions, as Pat Lam’s men finally made their second half dominance pay with the game’s decisive try 90 seconds from time.

Bristol trailed by two at half time, despite Will Capon’s score on 28 minutes and a yellow card to Pablo Matera, as Waisea Vuidarvuwalu’s try and a Nicolas Sanchez penalty put Stade in front.

Sanchez and Callum Sheedy traded penalties early in the second period, before replacement fly half Joris Segonds stepped up to kick the hosts into a five-point lead heading into the final quarter.

The Bears hammered away at a resolute Stade defence and looked to be leaving Paris with just a consolation losing bonus point.

But after Ed Holmes’ had carried them within two metres, Thacker dived over to level the scores and Sheedy’s conversion sealed the points, to leave Bristol just one point from a second successive European quarter final.