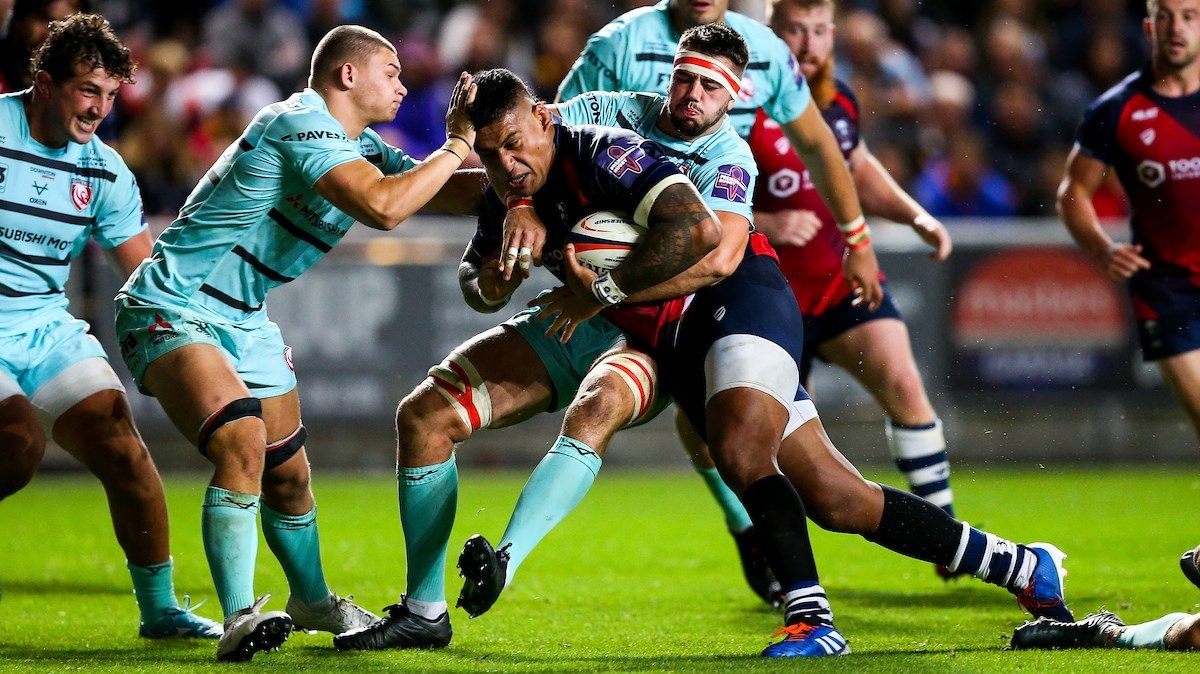 Bristol Bears held off a late Gloucester revival to record a first win of the 2019/20 campaign in Friday night’s Premiership Cup clash at Ashton Gate.

Tries five minutes into either half from Harry Thacker and Charlie Powell and ten points from the boot of Callum Sheedy sealed the deal for Pat Lam’s men, who were twice reduced to 14 men after yellow cards for Dan Thomas and Jack Bates.

Gloucester, who outscored the hosts by three tries to two through Joe Simpson, Ruan Ackermann and Gerbrandt Grobler, rallied in the closing stages to set up a nervy climax, but it was the home side who held on to take the spoils in BS3. 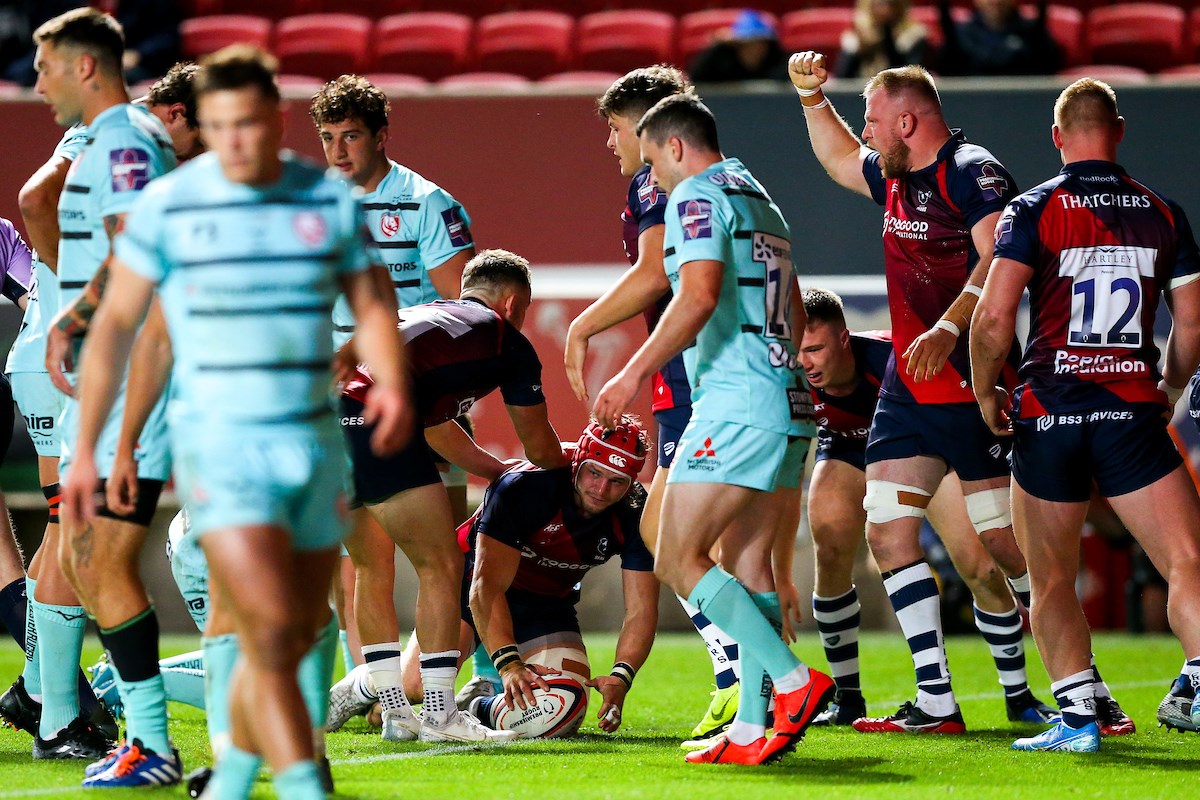 Back on home turf for the first time this season, Bristol raced out of the blocks to grab the opening score on five minutes, with Thacker adding the finishing touches to a rumbling driving lineout.

Sheedy converted from out wide and added a long-range penalty shortly after as the hosts took control of the early exchanges.

The fly-half was on target again midway through the half, before a sweeping Gloucester attack led to Dan Thomas being sent to the sin-bin.

The visitors were quick to take full advantage, with Tom Marshall’s dazzling counter-attack rounded off by debutant Joe Simpson.

At the other end, Will Hurrell’s strong bust from a right-hand scrum sprung another sweeping Bears attack into action, but a mix-up metres from the Gloucester line saw referee Tom Foley blow up for crossing. 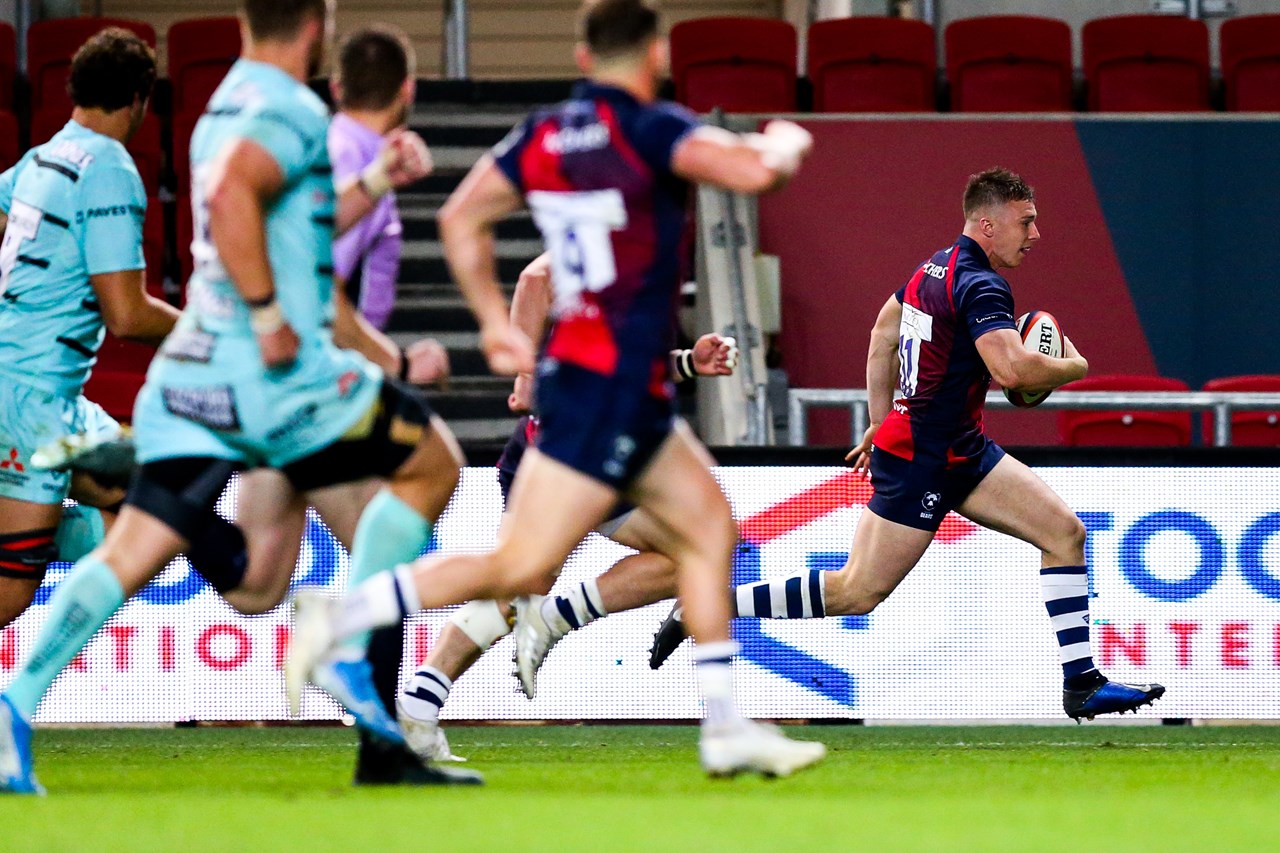 The hosts weren’t to be denied early in the second-half, as Daniels and Luatua combined to send Charlie Powell over in the corner from another cutthroat Bears counter-attack.

Edwards then went close from a floated Uren pass inside the cherry and whites’ 22, before Ruan Ackermann scored the visitors’ second, stretching over a ruck to dab down.

From the resulting restart, Jack Bates, only just on as a replacement, was shown a yellow card for a dangerous tackle, as Bristol were reduced to 14 men for the second time in the match.

Grobler powered over from close range three minutes from time to set up a thrilling finale, but Bristol held on to record a first win of the season.