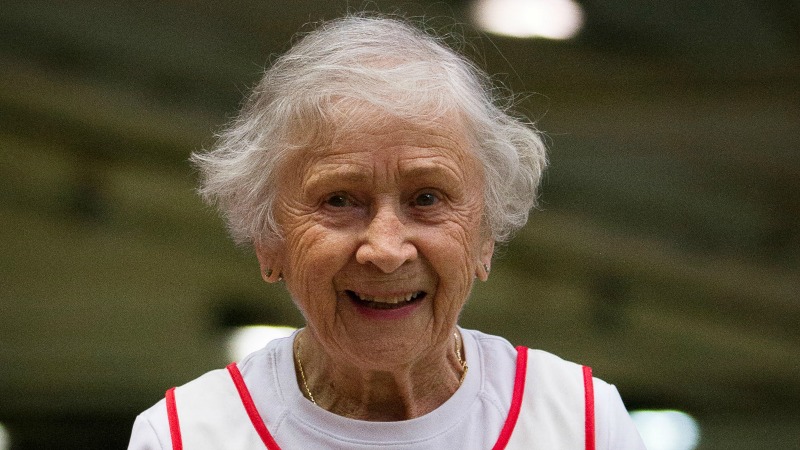 Alex Rotas is on a mission. The 68-year-old Hotwells resident is taking photos of old people exercising and doing sport. Why? “Because, quite frankly, no one else is.”

The former university lecturer is angry that the only images we see of her generation are people looking “in decline, frail and all doom and gloom.” Old people, not elderly – a word she hates – always look “half dead” in magazines according to Alex.

So she decided to change this, picked up a camera at the age of 60 and started her campaign to fight ageism. 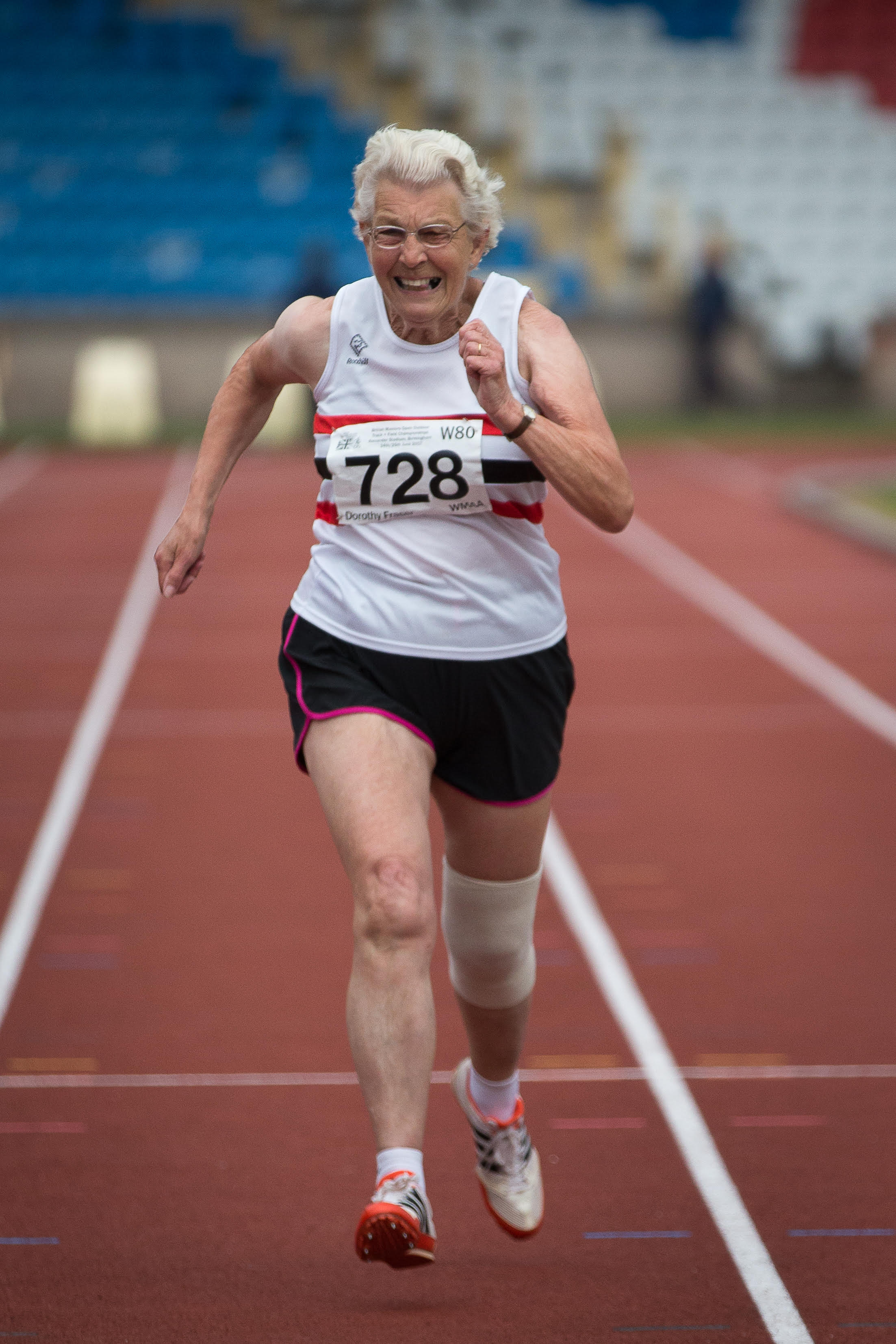 Her eyes were fully opened when she was invited by a friend to the World Masters Sports Championships in Lignano, Italy in 2011. The event sees elite sport athletes over the age of 35 compete.

There are five different age categories and competitors up to their 90s. It was this group Alex was interested in.

She spent ten days there taking photos. What Alex saw challenged perceptions of what is possible. It redefined the perception of what old people, can and cannot do.

Amazed at the lack of coverage of these events that take place on a worldwide circuit, she wanted to shine a light on them. In doing so, she met some amazing characters: Irish identical twin runners, an 80-year-old lady who had a stroke, shingles and cancer treatment yet returned to exercise after a month of recovery, and her favourite, a lady called Olga Kotelko, who “looks like an old lady at the bus stop, but is like super woman”. 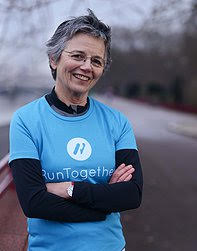 Alex Rotas set out to shine alight on sportspeople that weren’t being seen in the mainstream media. Credit: Daniel Lynch

The Canadian track and field athlete was breaking world records in her late 80s and 90s. Alex presumed she had competed at high level in her younger days, but Olga replied, “Heavens no honey, I only started this when I was 77 years old”. Olga died in 2014, the night after setting a long jump world record.

Alex feels it’s important “not to just talk the talk, but walk the walk,” so she exercises regularly herself, and took up Parkrun at Ashton Court a few years ago.

“It transformed me,” she says. “People think when you age, you deteriorate, but I am honestly discovering I am getting fitter and faster.”

Alex was a high level athlete as a youth. Through her parentage, she played professional tennis for Greece in the Federation Cup in the 1970s. She also reached the second round at Junior Wimbledon in 1968.

So did she continue to play sport? “To a degree, have always been sporty, but life gets in the way a bit. What I am seeing with the events I go to are many people that had other responsibilities like me, now retired, who have more time and are throwing themselves into exercise and sport. Some of them are brilliant and have talents they never even knew they had.” 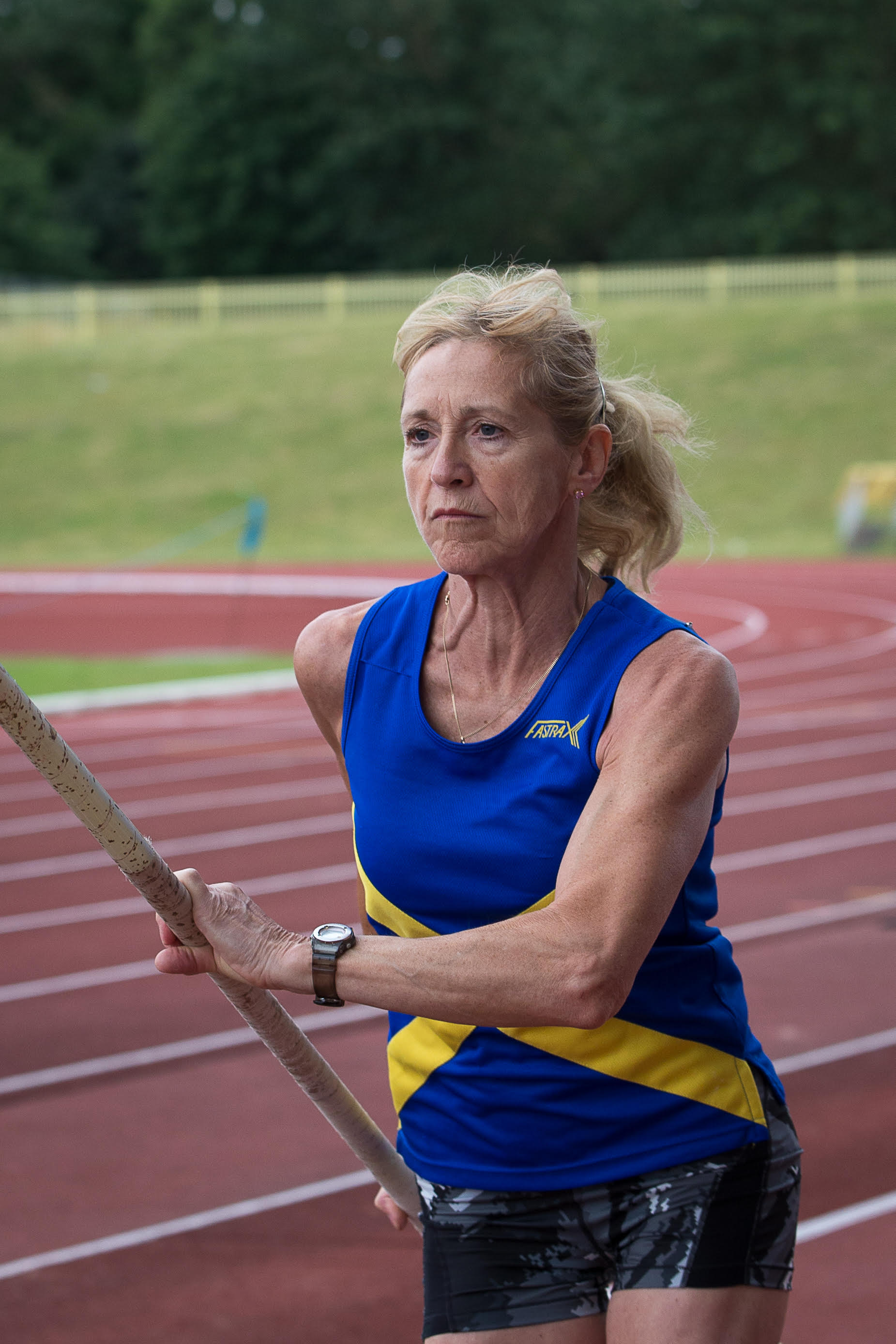 Dedicated to showing that age is indeed just a number, Alex now travels all around the world taking photos at these amazing events.

In 2016 she was shortlisted in the ‘Be a Game Changer’ category at the Women’s Sports Trust awards. She has also become a Run Together ambassador for England Athletics.

After appearance on Sky Sports, BBC Radio 5 and BCFM Radio, her work is beginning to get some recognition.

Yet still, the events get minimal or non-existent media coverage. Off to Denmark for the European Masters Championships this month, Alex is determined to change this and give coverage to a world that most of us never see.

The mission is to challenge perceptions but also to send a message to older people, that, just like Olga, you too can do it, no matter your age.

Bristol has been awarded the prestigious title of European City of Sport 2017. Join in sporting celebrations at www.bristolcityofsport17.co.uk and use the hashtag #CityofSport17