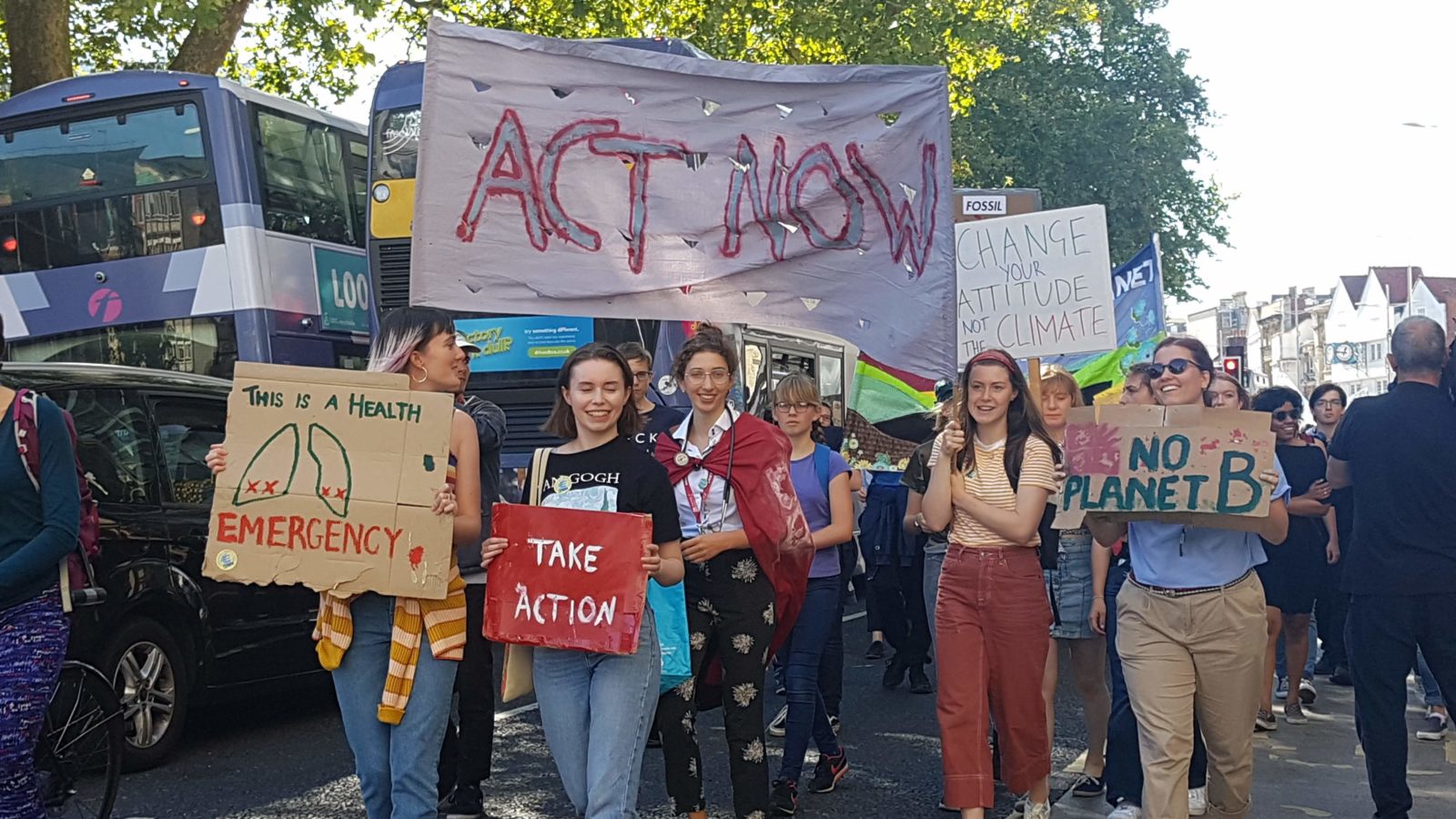 There has undoubtedly been a surge in conversation about global warming and its damaging effects.

Namely, the countless and devastating extinctions of species that will forever be lost in our planet’s timeline unless we do something about it.

But words are meaningless if there are no coherent actions that follow.

A climate emergency has been declared and politicians it seems are only now taking the warnings of scientists seriously – but is it too late?

There has arisen a sense of urgency to change the path our planet is currently heading towards.

So, what we need is a big change. Something that will drastically help sustain nature and the planet.

An international movement by Swedish teenager Greta Thunberg, founded almost a year ago, called School Strike for Climate has encouraged countless children and teenagers across the world to strike as a protest to the world-wide governments’ political inaction to reverse climate change.

Although we may not statistically know the extent to which this schoolgirl’s actions have impacted our leaders, it is clear to say that she has demonstrated that each individual has the capacity to impact a global movement.

This then begs the question of why politicians have not had the same impact on environmental awareness and action. Even more so when you acknowledge the power that they hold.

Whatever they are occupying themselves with we need to make the environment one of those things. This means convincing them that we, the public, care and will act to save the environment.

But do the countless protests not demonstrate this? Clearly not enough.

Watching the news and political debates, environmental concerns are only mentioned if something in particular happened at a protest, or the uprisings of a major movement. It seems the majority of the time politicians are only concerned about obtaining and keeping power.

Thankfully this is a democracy, the public can and should have the power to elect and remove people from those positions. Votes and statistics are the only things that they listen to because they are what will allow them to gain power over a whole nation.

So, we need to speak their language and vote for things that we want to happen, to show them what makes a politician appealing to us. 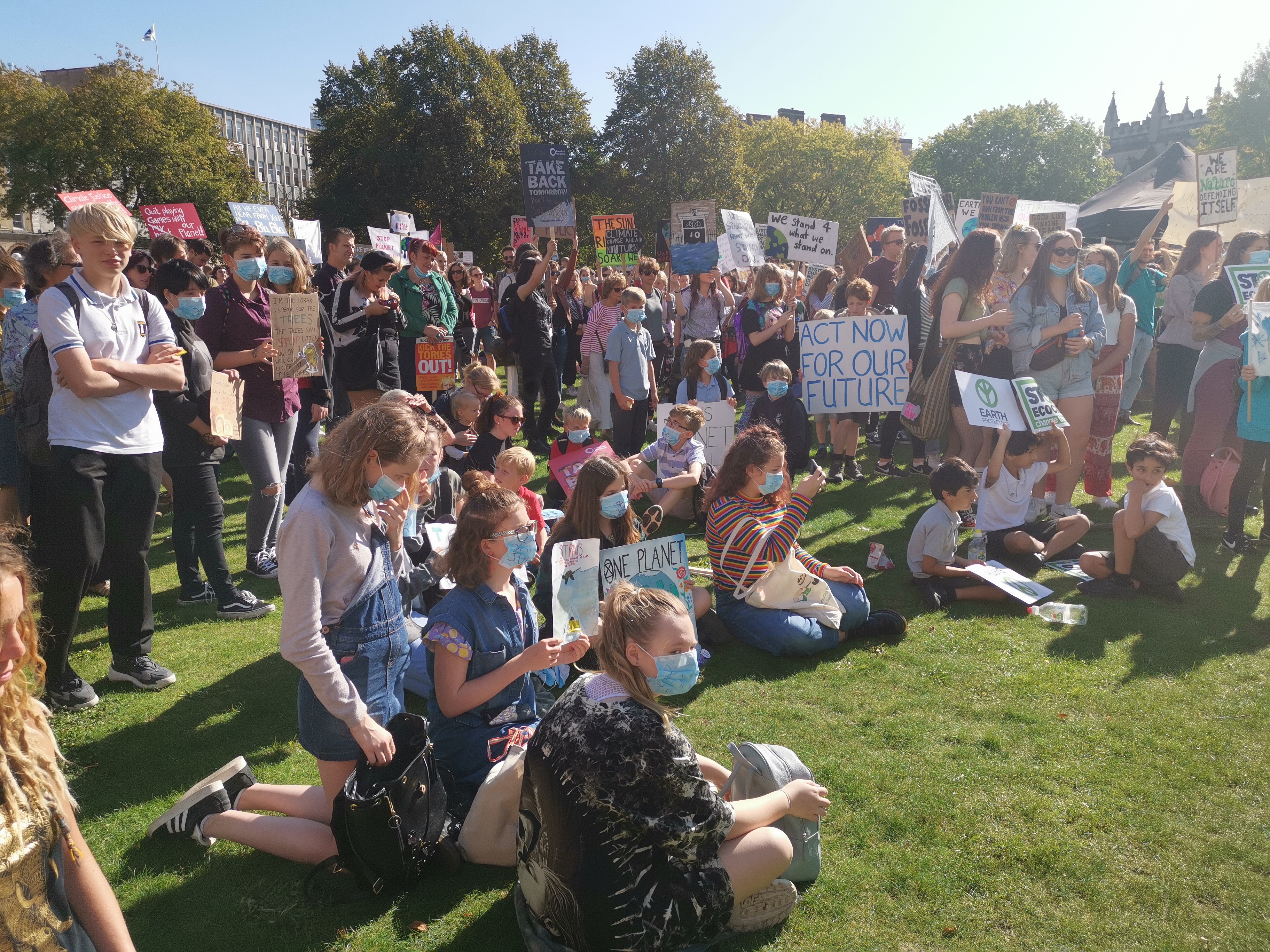 Young people have turned out to strike over inaction on climate change several times this year in Bristol and across the world. Photo by Oana Barbu

The problem lies where people do not vote or are not allowed to. People feel discouraged as they don’t believe their vote means anything. But let’s look back to Greta Thunberg. One person taking action for what they believe in, and the impact was immense.

The mentality that your vote will not matter is a delusion and is what is keeping people unhappy with their government.

Additionally, there is a huge debate on whether the voting age should be lowered. During the EU referendum, many people who felt passionately about the issue were under the age of 18 and were not able to vote.

This was infuriating for many and resulted in teenagers unable to put their opinions across to the government, to feel voiceless even though it will be having a huge impact on their future.

All they could do was sit back and watch.

What if 16 and 17-year olds had been given the ability to vote? Would the results be different?

Current prime minister Boris Johnson clearly thinks so, as members of his campaign team admitted to the preferred general election date (October 15) being strategic in order to restrict student votes. This has demonstrated that young voters are a threat and that he is dependent on the fact that the majority of voters are older. Something that can easily be overridden.

This strategy, although a painful reminder of the manipulative and deceitful ways of some politicians, brings hope that things are changing, young people are voting and showing they care about their future leaders.

Not only this, but that they are an ever-growing and intimidating presence on the heels of every world leader. 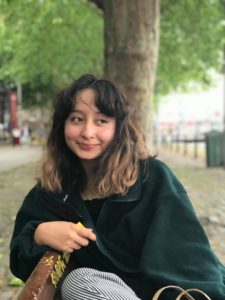 Beatriz Tanaka is a Babbasa trailblazer, blogger and aspiring journalist