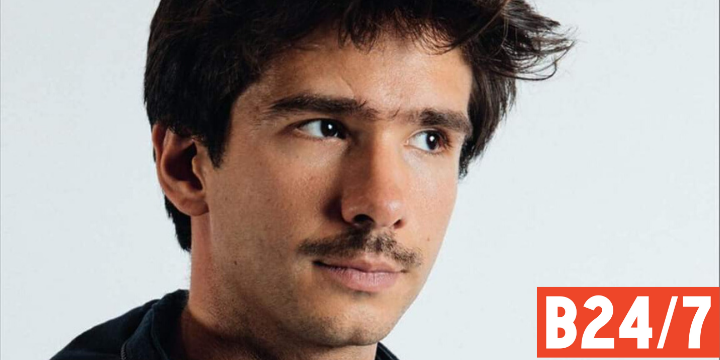 Why should we care? Is a new concept giving Bristol stages to Bristolians to wax lyrical about what they care about.

This month – in keeping with Bristol24/7’s February edition which will focus on Power – Kevin Garcia takes to the stage to interview Juan Branco.

Juan Branco is a Franco-Spanish lawyer who has represented both WikiLeaks and Julian Assange. He is also an activist, investigative journalist, and best-selling author of French book Crepuscule.

A community pub in the heart of Easton serving up delicious pizzas and real ales. Supporter members of Bristol24/7 get 25% off food at The Greenbank. This offer usually runs Sunday to Thursday, but they are extending the offer to Friday for one night only!

WikiLeaks founder Julian Assange is facing his full extradition case in London on February 25, 2020. He faces up to 175 years in jail in the US for revealing US army crimes on civilians, and for creating the platform WikiLeaks.

Juan Branco is coming to Bristol to speak publicly about what is really at stake if Julian Assange is extradited. Juan will talk about journalism, democracy, and freedom-of-speech and how it could be affected forever.

As well as representing Assange, Juan Branco has become one of the figures of the Yellow Vest protests by providing free legal aid to the many protesters that have been arrested.

Juan is a regular on French TV and Juan’s book, Crepuscule, focuses on how Macron was placed in power using mainstream media. 130,000 copies have been sold worldwide.

Kevin was born in Parisian suburb Athis-Mons, where he grew up. At the age of 23 he moved to the UK to focus on a career in engineering. He now lives in Clifton and has a Bristol-born son.

When the Yellow Vests movement kicked off in France in October 2018, Kevin was torn between returning to his home country to stand up for what he believed in and staying safe in his new home city with his baby son.

Kevin decided to support the movement by doing whatever he could to raise awareness of the issues facing people in France, and why everyone – including Bristol – should care.

On May 8 2019 Bristol24/7 published an article from Kevin titled What can Bristolians learn from the yellow vests? and then supported him with his idea to invite Juan to Bristol to speak.

Read more: What can Bristolians learn from the Yellow Vests