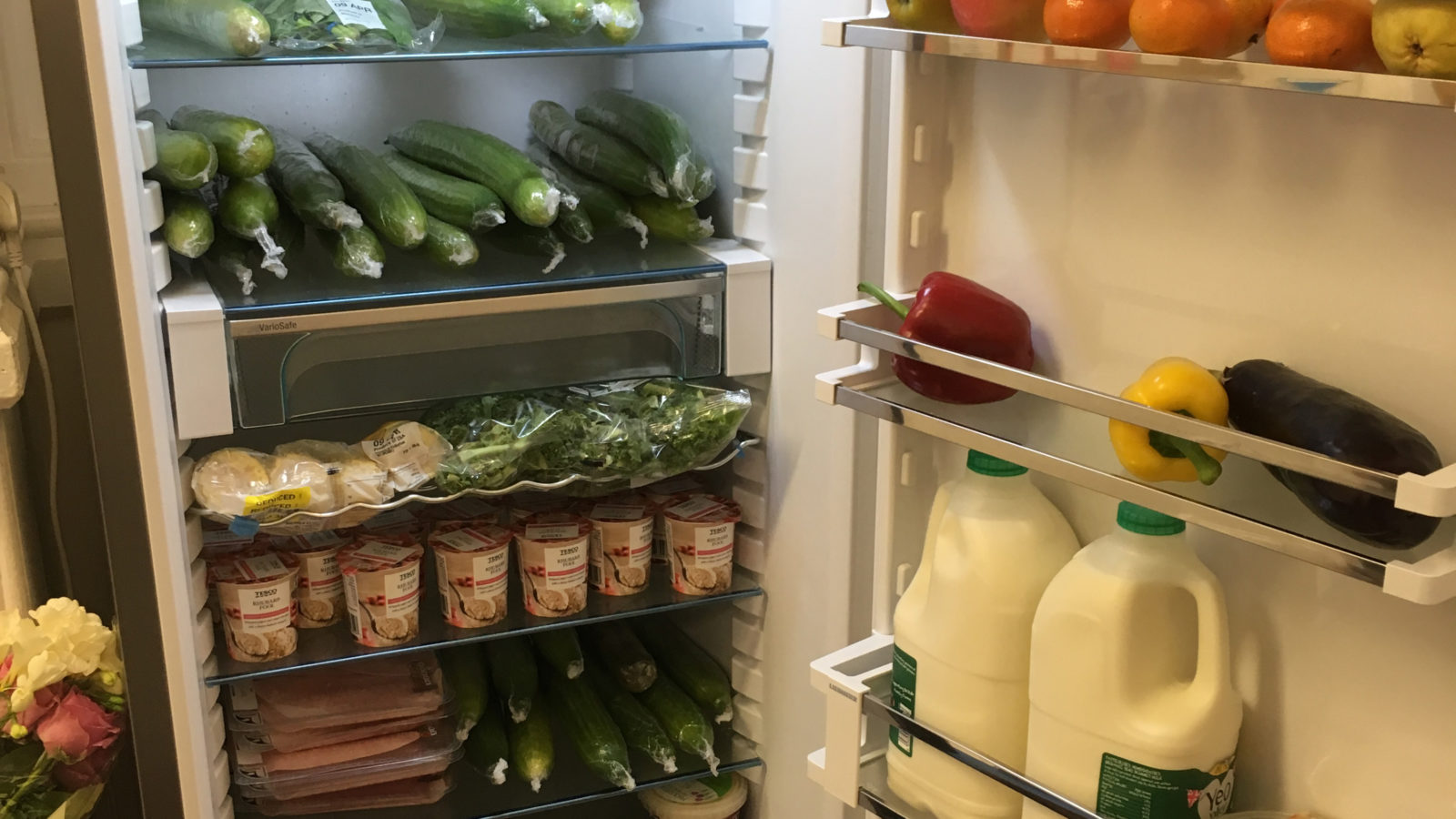 The Community Fridge is a timely arrival in Bedminster. Reducing food waste, healthy eating and volunteering are the words on everyone’s lips right now, and the fridge aims to target all three – and much more.

Started in January 2019, the Community Fridge is for local people and businesses to share surplus food that would otherwise be wasted. Anyone can then go to the fridge and take up to five items.

Located in Compass Point Children’s Centre and supported by Bristol Food Network and Hubbub UK, the fridge is the first in Bristol and is open during the week from 9am to 4pm. Jacqui Reeves, previous chief executive officer of FareShare South West, is overseeing the project, supported by other volunteers. 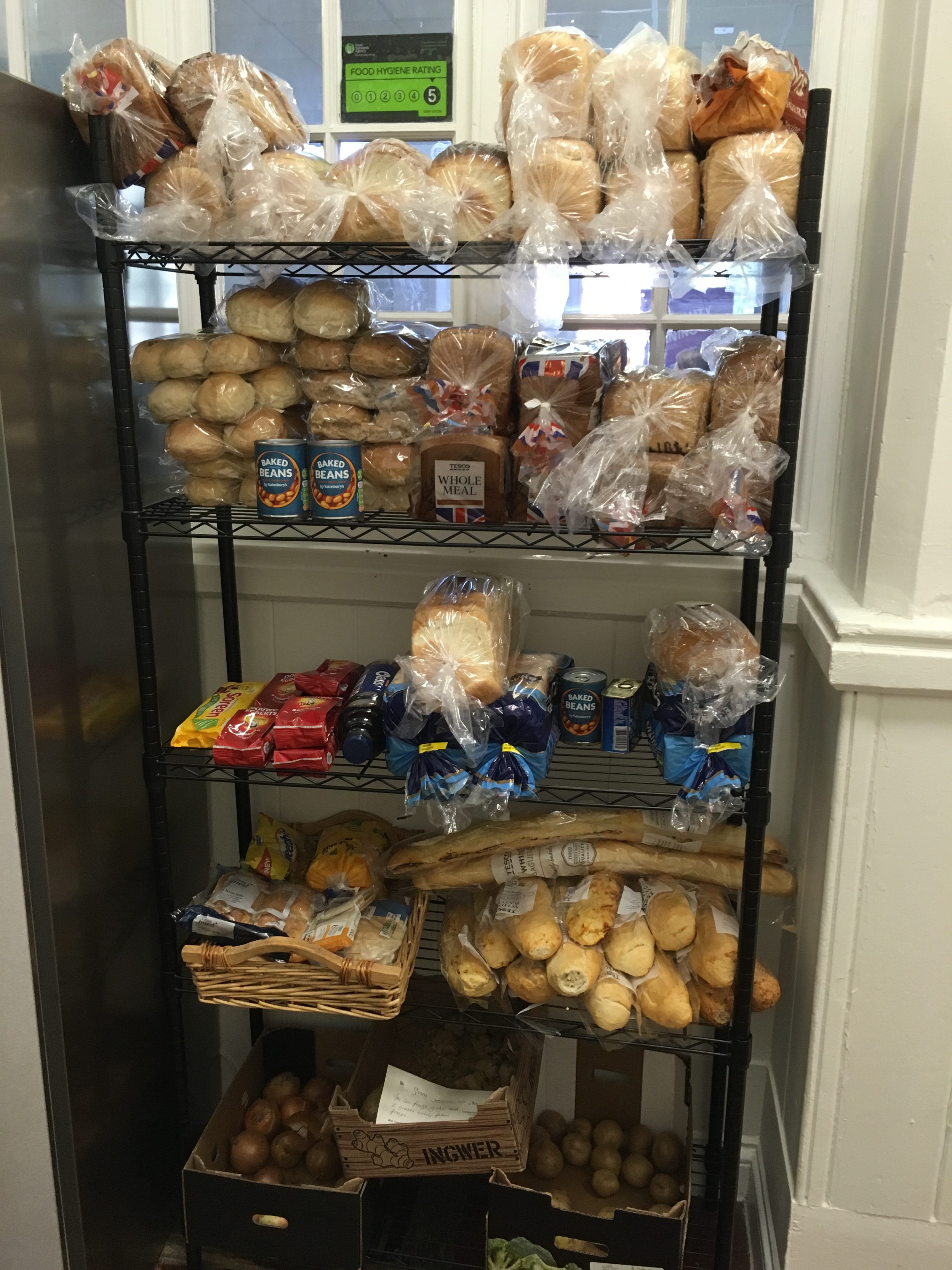 Surplus bread and more from Lidl, Hobbs, Tesco and the local community.

Food is donated by Lidl and Tesco in Bishopworth, Brislington and Bedminster and Hobbs also donate surplus bread when possible. Asda and Marks & Spencer are signing up to the scheme as well.

Thursday, April 11 was the fridge’s official launch after a successful first ten weeks, showcasing all the good the fridge has done and continues to do in the local community.

The Community Fridge is not the same as a Foodbank and the volunteers stress that it shouldn’t be seen as such.

Jacqui and other volunteers quickly realised that forms to sign up to the use the fridge didn’t work as it made the process to complicated and too similar to Foodbank schemes. Instead, food is weighed and logged so waste, food coming in and food going out can be recorded and stock can be kept track.

Speaking to Anna, a worker at Compass Point Children’s Centre, she says that despite these “initial hiccups” it’s been a great success. Instead of complicated forms, people using the fridge instead are trusted to take five items.

“Healthy, simple recipes for kids to follow are given out and encourage cooking with children. There’s different recipes each week,” says Anna, “if we have a load of tomatoes come in, we’ll put out a recipe for tomato and basil soup, for example.”

The fridge has already had a large impact on reducing food waste – in February alone, 440kg of food was distributed through the scheme, equivalent to 1042 meals.

However, there’s more to the project than helping the environment as it aims to empower local people through volunteering as well. Lucy Fieldhouse, development worker for community learning at Bristol City Council, has helped to put a volunteer course in place. Aimed at those aged 19 and over, the course is free and students can achieve a  food hygiene certification. There’s a creche for those who require childcare while volunteering, and the hope is that volunteers will be able to support the next community fridge – Jacqui hopes that a fridge could come to Barton Hill in the near future.

Julie Long, another worker at Compass Point Children’s Centre, says: “We want to help families to live well and have a healthy, varied diet. We often see families on low incomes struggling with this.

“The fact that people can donate too helps our diverse community. It’s the perfect sharing community that needs to be encouraged.”

Showcasing how easy it can be to use fresh food donated for quick and healthy meals, Bristol chef Jo Ingleby was keeping visitors at the launch well-fed: “I’m knocking stuff up with whatever gets handed to me,” she laughs, “It’s a bit like Ready Steady Cook but without Ainsley Harriott.” 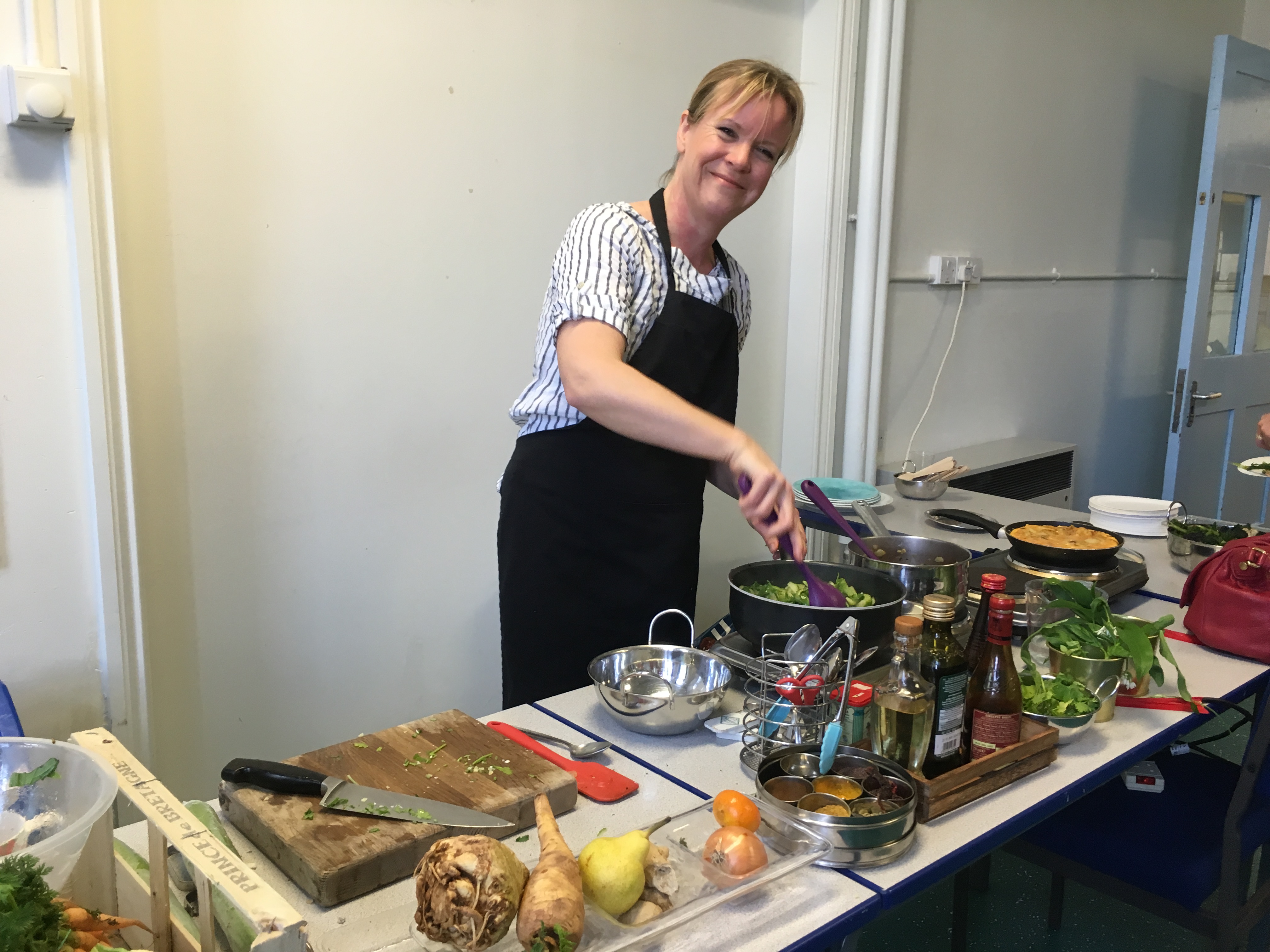 Cooking up a cucumber stir fry with wild ginger and garlic, the smell brought hungry visitors over to the makeshift kitchen, and showed that the Community Fridge is encouraging new ideas, learning cooking skills, helping the environment and truly bringing the community together – all at the same time.

Read more: Community projects in Bristol and how to get involved