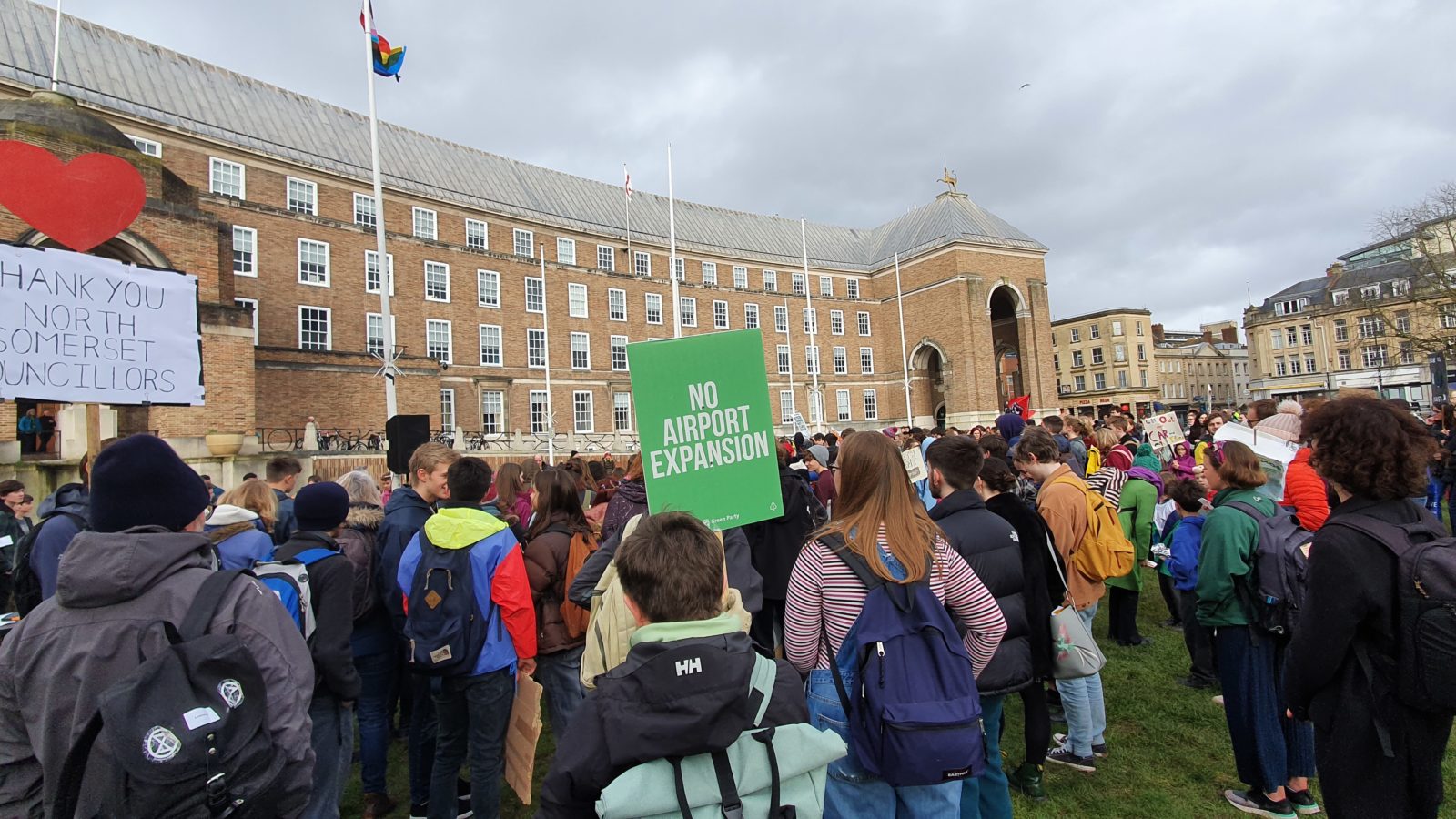 Bristol YouthStrike4Climate celebrated one year since their first march with a Valentine’s Day rally on Friday, February 14.

This, their ninth strike has a theme of ‘love letters to the planet’, with strikers writing the things they love about the planet alongside suggestions to the council for climate action in Bristol, which will be used in ongoing discussions.

At 11am, protesters gathered at College Green to listen to speaker’s old and young talk about their stories and concerns for the planet’s future.

Speakers at the strike include Ian Barrett, the CEO of Avon Wildlife Trust, following the recent declaration of an ecological emergency in Bristol earlier this month.

Building on the momentum of the rejected airport expansion, climate strikers are looking for a change in approach to tackling climate change, one which includes the younger generations in finding solutions to the crisis.

The protest was a special march for Valentine’s Day

Many speakers took to the stage prior to the march.

Bristol YouthStrike4Climate organisers said: “We were delighted to hear of North Somerset Council’s decision to refuse permission for the proposed Bristol Airport Expansion.

“One year after beginning our protests, this is a tangible reminder of the power of people’s collective voices and we are extremely proud of the role our movement has played.”

All photos by Dylan Robinson