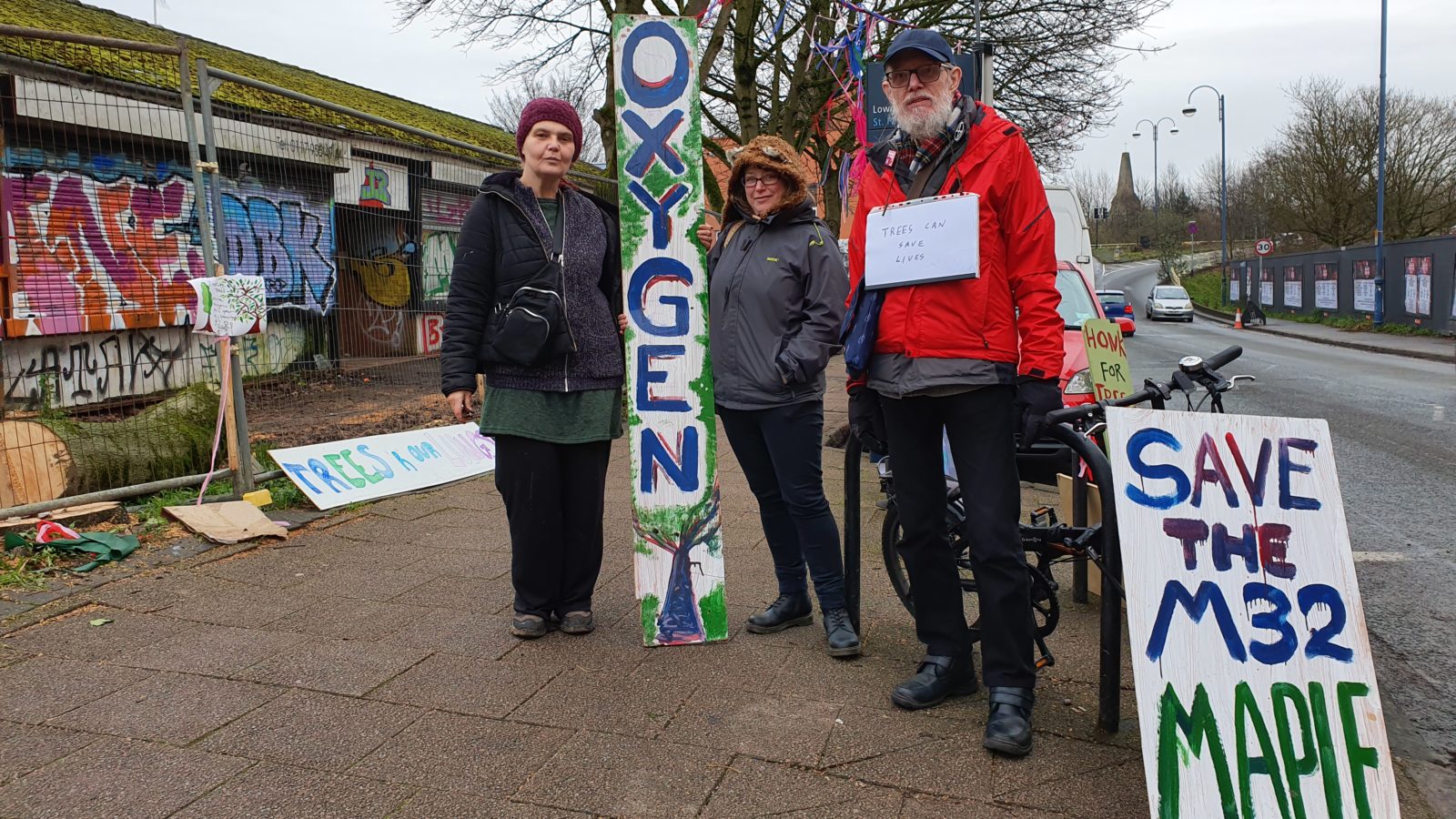 A controversial planning application at the centre of the ‘Save the M32 Maples’ campaign is closing to public comments on Tuesday.

Campaigners say the plans to fell the trees are incompatible with the council’s aims to reduce air pollution and double tree canopy in the city.

The trees would be cut down under proposals for 31 new homes on Lower Ashley Road in St Paul’s, close to junction three of the M32.

The campaign is encouraging members of the public to comment on the proposals, with the council meeting to discuss the planning application at 6pm on Wednesday.

The head of the campaign said: “The council would never approve an application like this in Southville, Redland, Clifton or Montpelier.

“It meets none of the criteria of the green policies that Bristol is renowned for. The proposed design does not respect the existing streetscape and is completely out of step with the unique character and identity of the area.

“This four-storey development will cause a negative effect on local air quality by creating a so-called canyon effect for the pollution, this on a street that is already suffering from illegal levels of NO2 and particulates.”

The Bristol Tree Forum added: “This is an area which already exceeds air pollution limits and has low tree canopy cover.”

The group said that “Bristol must retain the trees and implement its own policies”, referring to council plans designed to reduce air pollution and double tree canopy cover in the city.