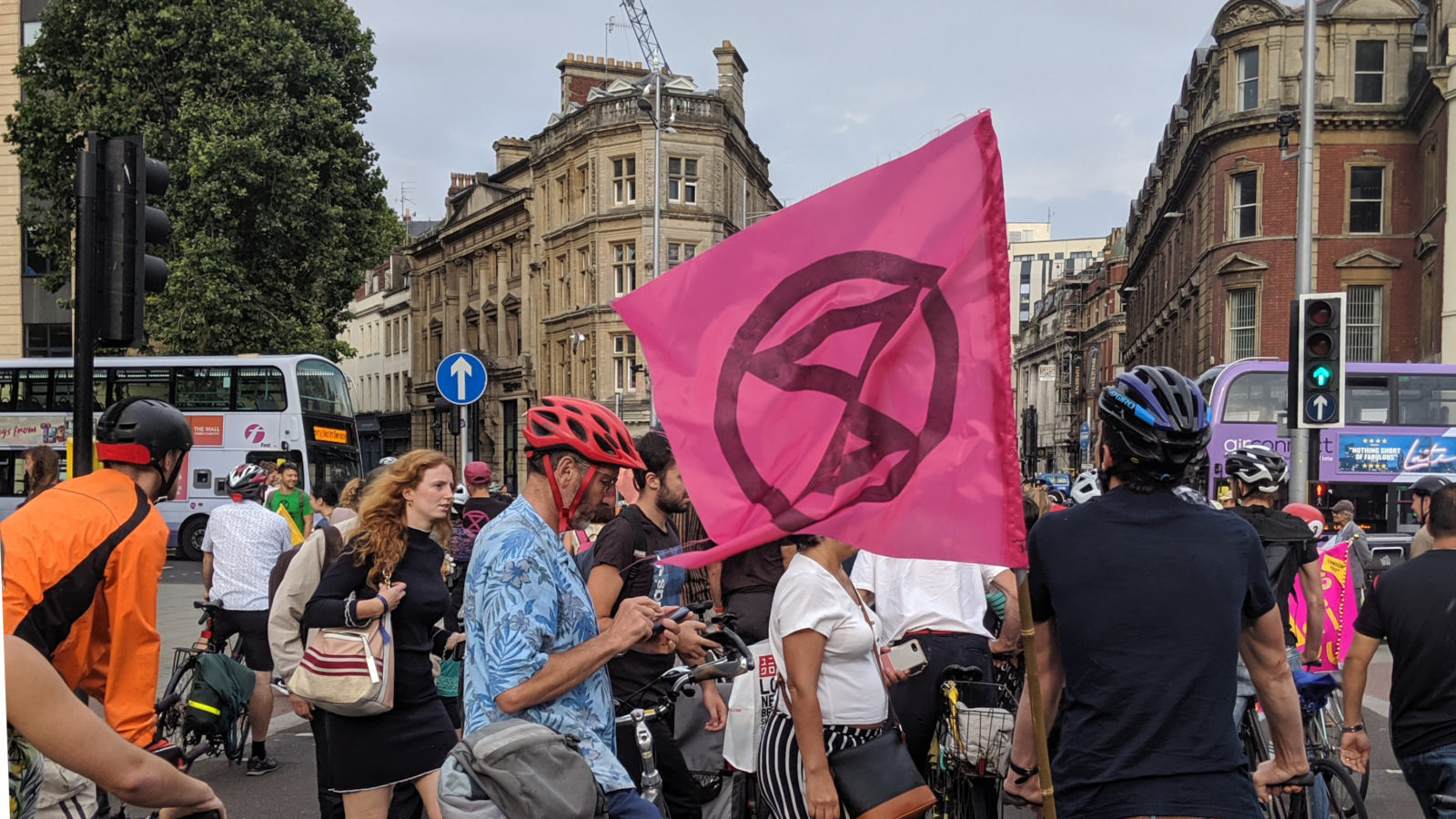 Extinction Rebellion are returning to the streets of Bristol for a week of action, almost one year after they closed Bristol Bridge to cars among other stunts which also saw traffic stopped from entering the city from the M32.

The global environmental movement are demanding “clean air for life, not just for lockdown”, with a series of events due to begin on Monday.

Protesters are promising “a week of creative, non-disruptive actions, to focus attention on Bristol’s illegal levels of air pollution”.

“People need jobs, and we know there will be some increase in pollution as economic activity returns. But it’s clear that we cannot return to ‘business as usual’ post-lockdown.

“We want Bristol City Council to take the necessary actions to ensure Bristol has fully compliant air quality not just for this brief period but by April 2021 – and for the future.”

Actions throughout the week confirmed so far include:

Extinction Rebellion have remained active throughout lockdown, painting five kilometres of new cycle lanes across Bristol at the beginning of June.

Commenting on WECA’s strategic response to the climate emergency, Sam Morris, coordinator of Bristol Extinction Rebellion’s Political Circle advocacy group, told Bristol24/7: “Any positives that may come from their plans for improving public transport and active travel options are completely undermined by their commitment to building new roads.”

On WECA’s £13m planned investment in to cycling and walking announced on Friday, Morris added: “It’s great WECA have acknowledged in their documents that more and more people need to make use of public transport and active travel option.

“The vast gap between the budgets paints a clear picture of WECA’s priorities and demonstrates that the authority is still not doing anywhere near enough to aid regions’ efforts to tackle climate change.”