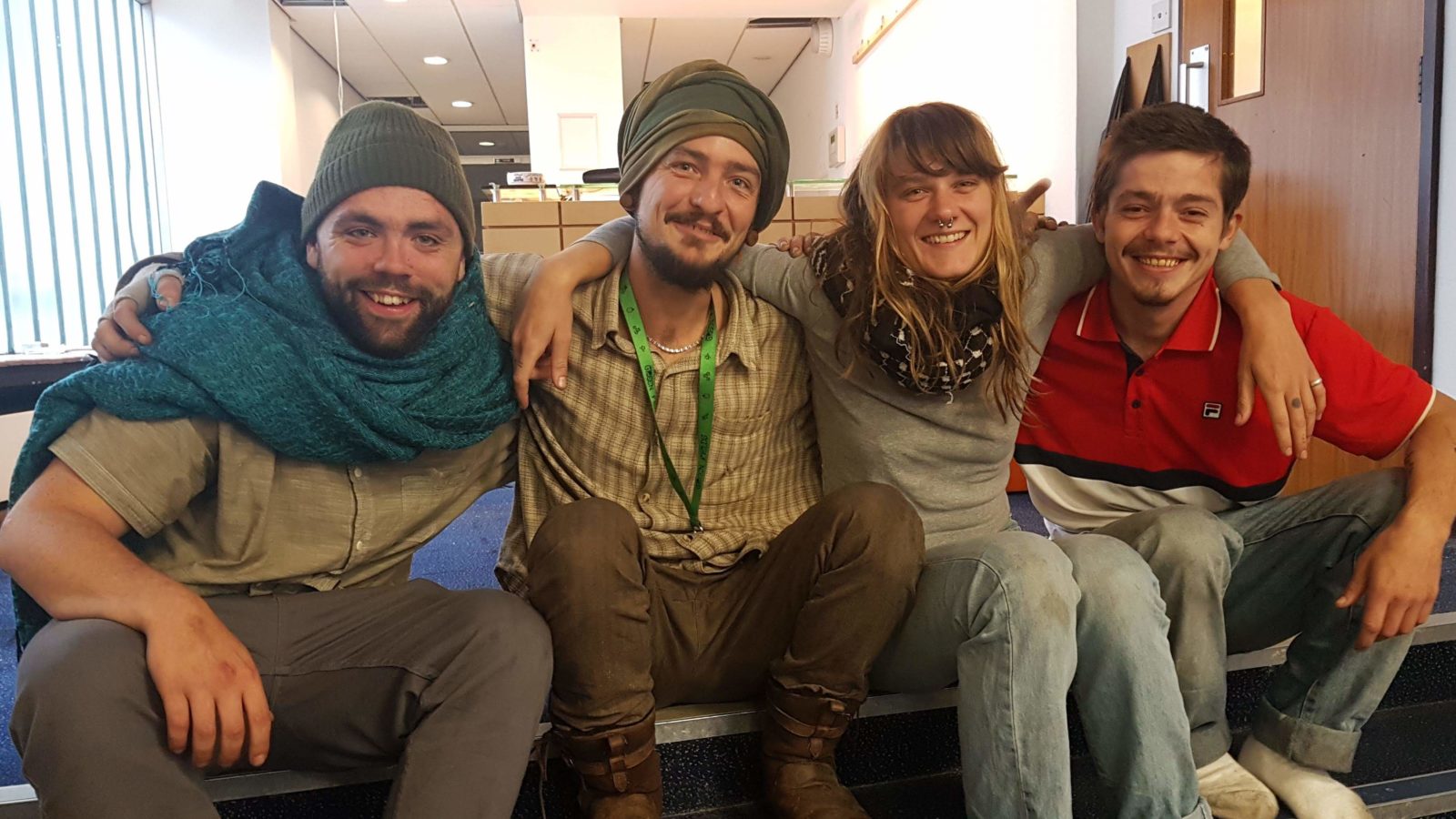 Squatters facing eviction from an empty Broad Street building are appealing to the property’s owners to let them put it to community use before redevelopment work starts.

The former Edward Everard’s Printing Works sits at the heart of major plans for a 255-bedroom four-star hotel, 24 apartments, co-working space and retail units in the heart of Bristol’s Old City.

Artisan Real Estate purchased the site in March 2018 and secured planning permission for the project in July 2019. The property and adjacent buildings are currently empty and there is no sign of work commencing. 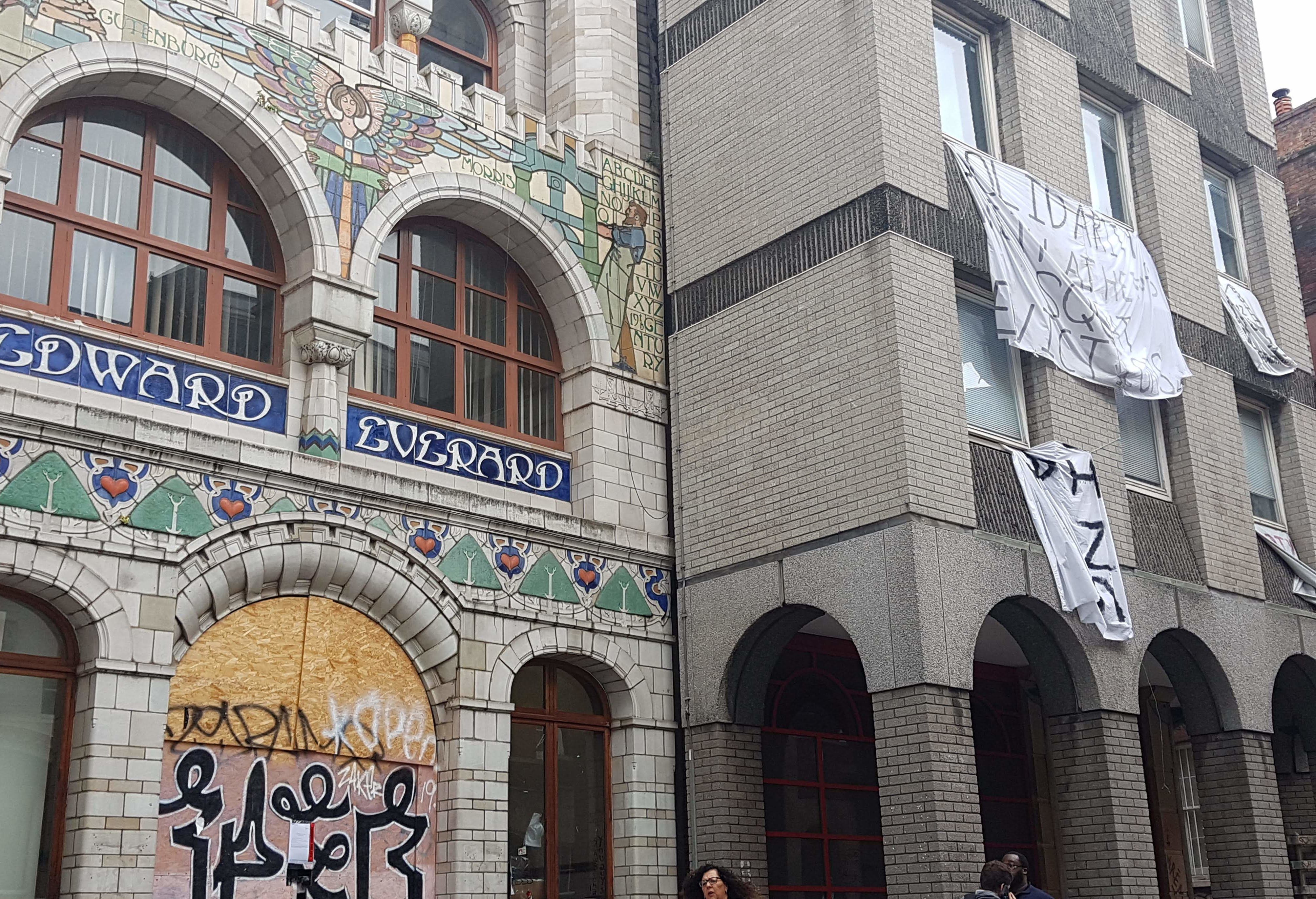 A small group of people has been living in the property with the colourful art nouveau façade for the past week after finding an open window through which they could enter the empty premises.

All is peaceful inside the vast property on Wednesday afternoon, a couple of people are eating a quick sandwich before heading off to work – a few homely touches have been added to the bare interior, a flower sits in a bottle on the wooden table left by the previous occupants and a makeshift tea station has been set up under a tiled piece of art bearing the building’s name.

But the squatters are on borrowed time as, a day after they moved in, they were issued a court order for trespassing. 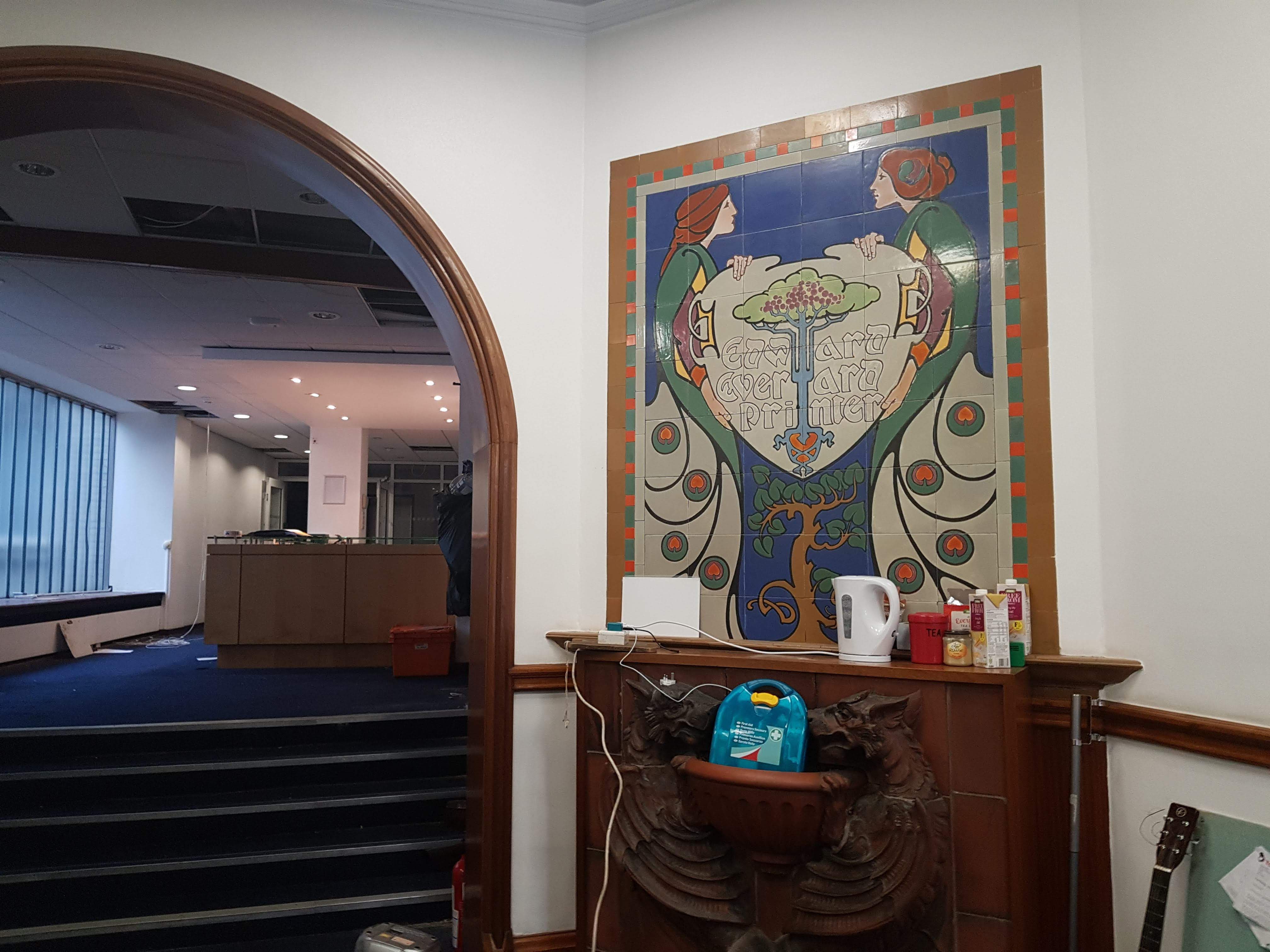 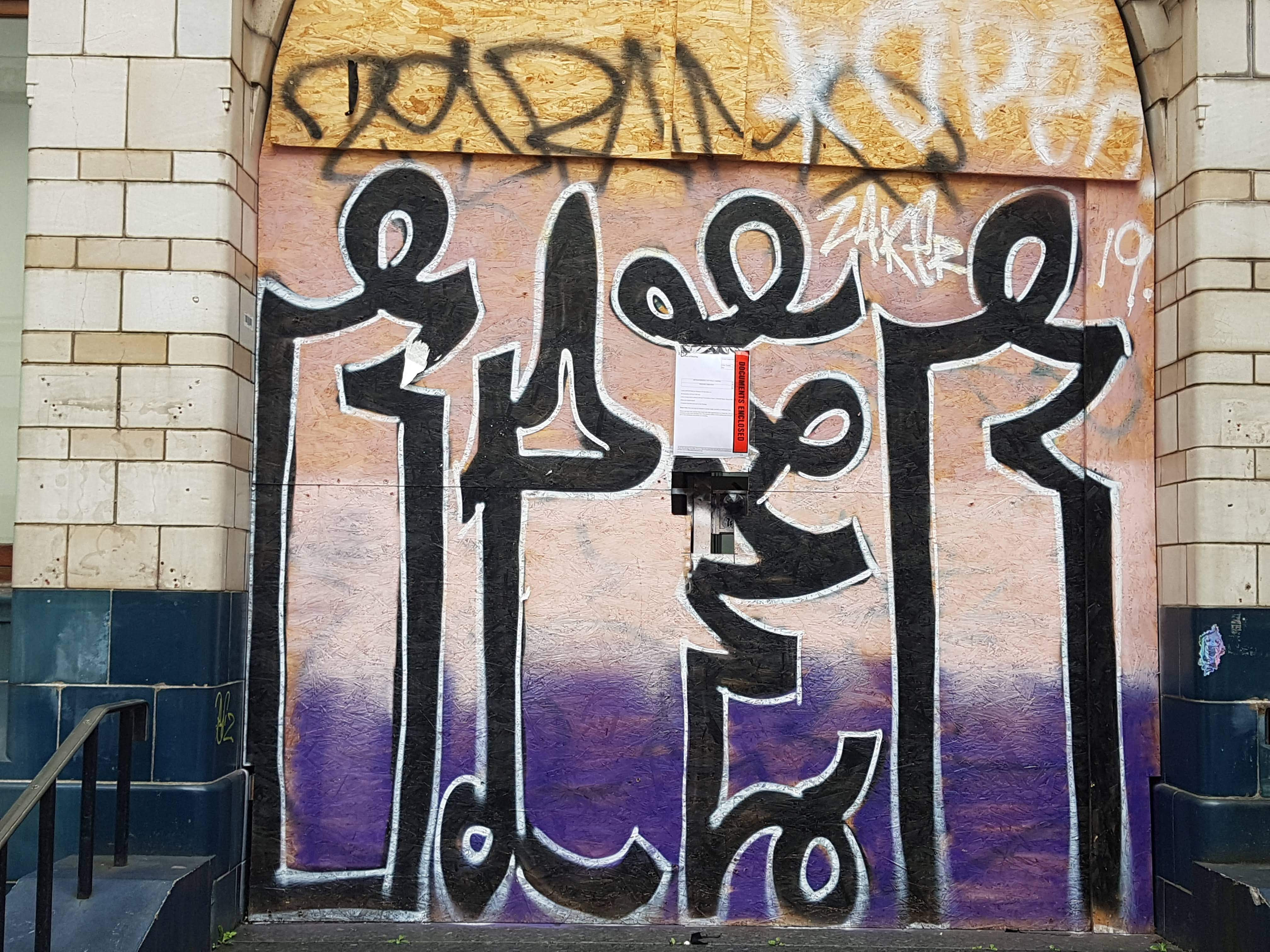 “We want to open it as a creative space for artists and people who are homeless to come and use. No drug users, we want to have a clean space and want to work with the landlord if possible,” says Daniel, who has recently moved to Bristol from London, where he was one of a group that managed to secure an agreement with the owner of a squatted building.

The group believe that not only could their project, Bristol Solidarity Centre, benefit many people who need a helping hand, but would also help keep the building safe from damage.

“This building is just sitting here amidst the housing crisis and we are not allowed to use it for anything constructive or useful in the meantime,” says Robin, who is busy putting together a case to be presented to the civil court on Thursday.

She has spent a lot of time working in refugee camps and came to Bristol about a year ago.

“We would look to get some kind of agreement with the company that we would live here until they want to develop it. We would be able to help out a lot of people who need help.”

The squatters say a large canteen downstairs could be used to feed people in need of a hot meal and they are seeking to work with charities and community organisations to make the best use of the space and link people facing homelessness with services if needed.

“A place like this is going to get squatted again as soon as we leave,” says Robin. She says it can be hard juggling squat life with a job, but if they could be granted even a limited period of stability, it would enable them to be creative and make the best of the place.

“We are not here to cause any harm or damage,” she adds.

“It would cost more in security to not have us here,” adds Daniel, pointing out that they were able to enter through an open window. 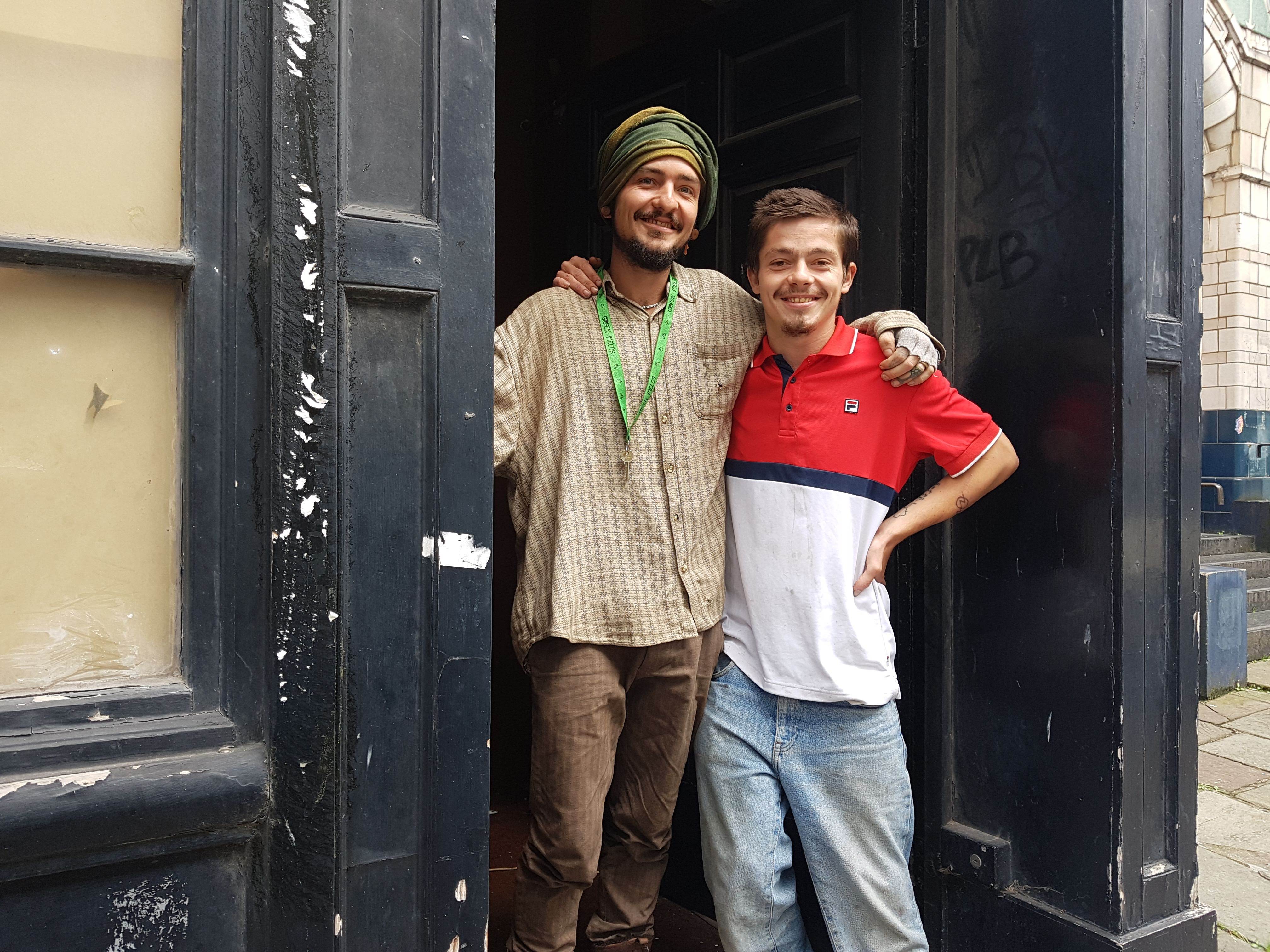 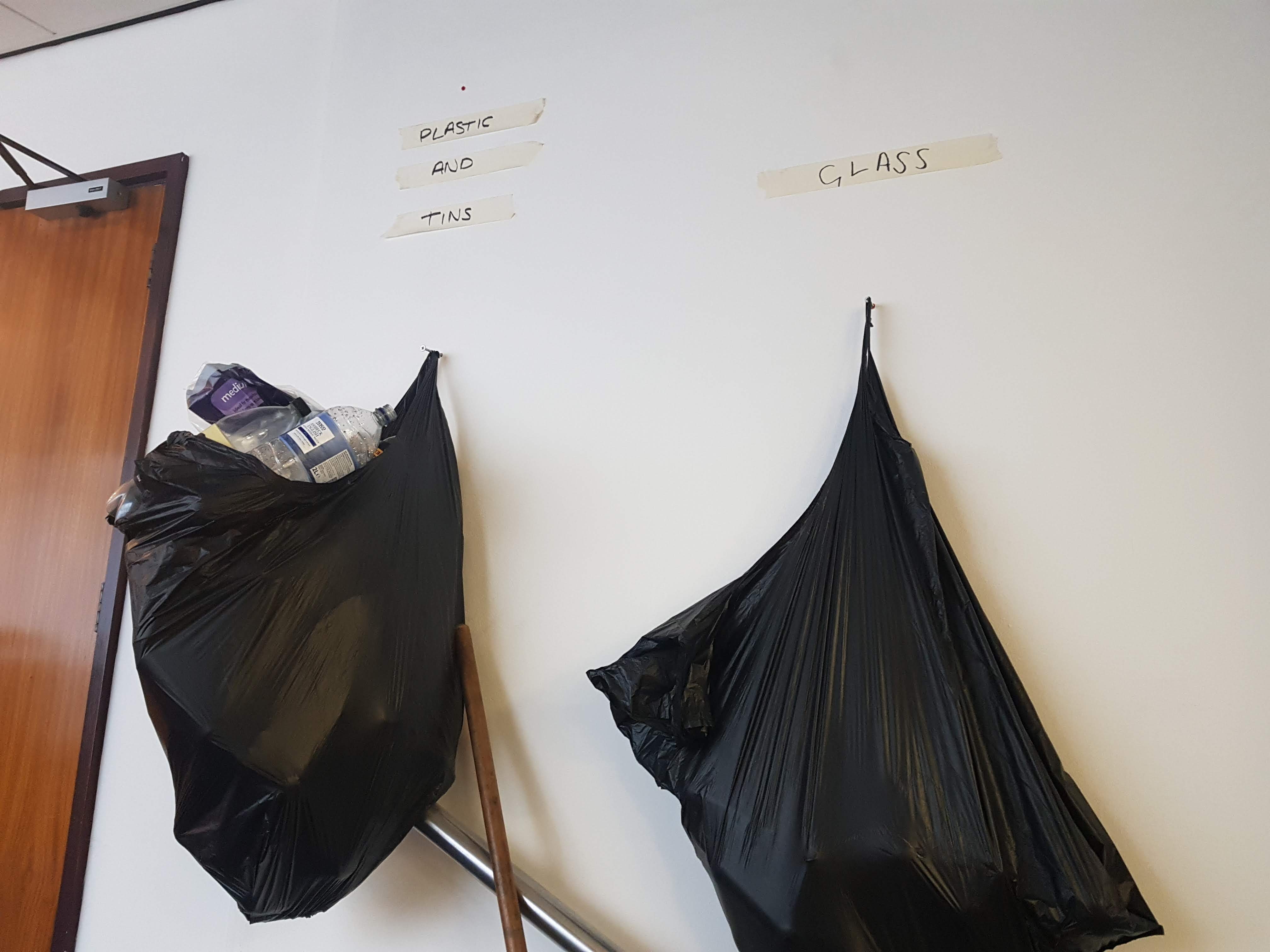 The squatters are keeping things clean and tidy 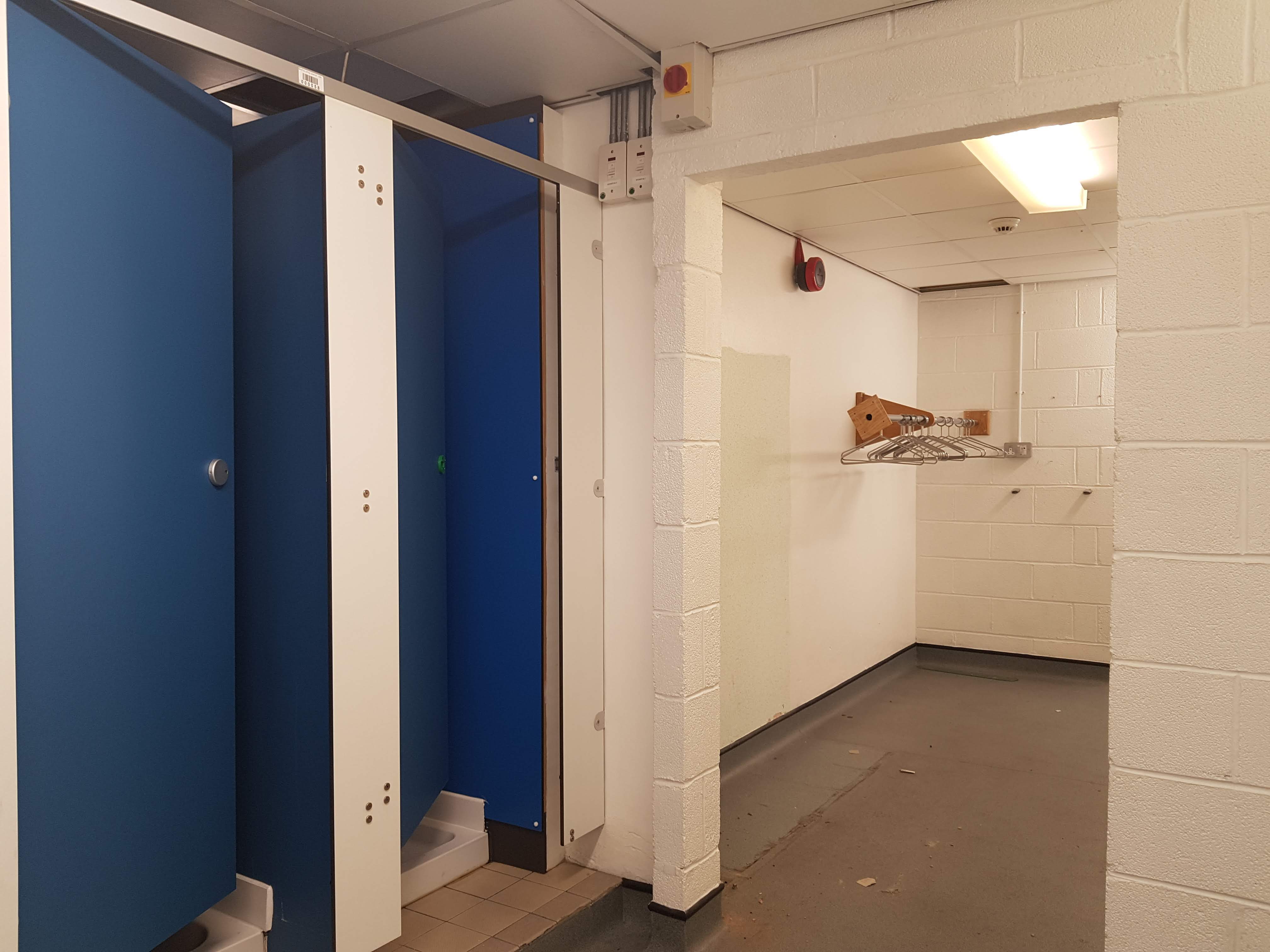 Inside, the big empty space is clean and tidy. Homemade signs hang above bin liners for recycling and, further in, signs hang to point out the main door and showers. “So we don’t get lost,” explains Daniel.

The squatters have set up their own electricity in the building and, despite the immediate eviction order, they remain hopeful of reaching an agreement with Artisan.

Banners hanging outside the building next to the former printing works attract a few curious glances from passers-by.

Daniel says that many people who live and work in Old City have been really supportive, bringing food and bedding. One of the nearby residents knocked at the door and asked if they had showers, offering them the use of the bathroom in his own home if not.

Devlin, another squatter who has lived in Bristol on and off for ten years, says: “We won’t be defeated. If we lose this building, we will not give up the cause. Bristol needs creative community spaces.”

Announcing their proposals in April of last year, bosses at Artisan, which is based on the Isle of Man, said the redevelopment would bring a wealth of opportunity to the city.

The firm has been keen to stress that all historic features will be preserved and landscaped as part of the plans and there will be a strong focus on environmental sustainability. 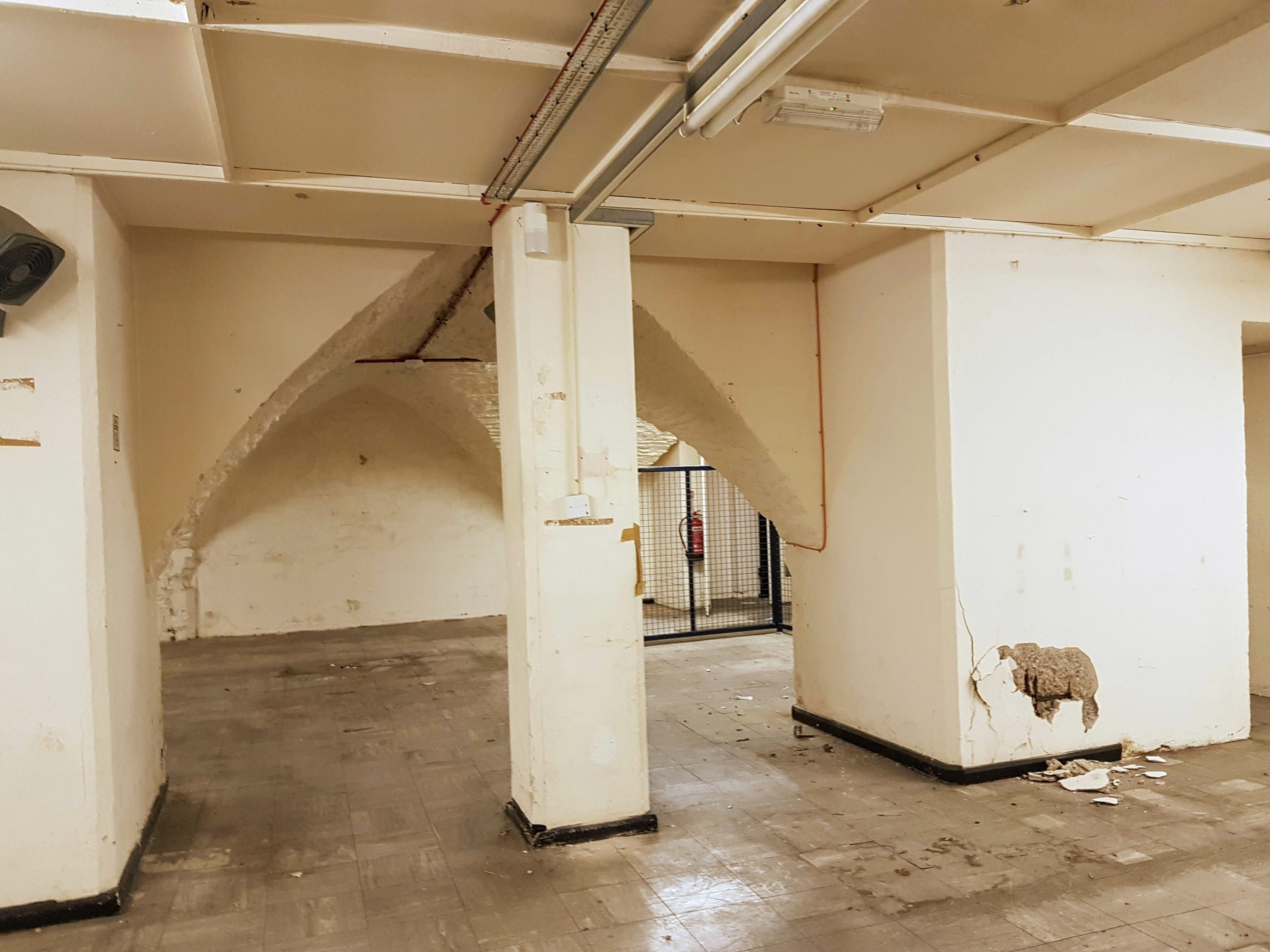 Squatters argue they could help protect the building 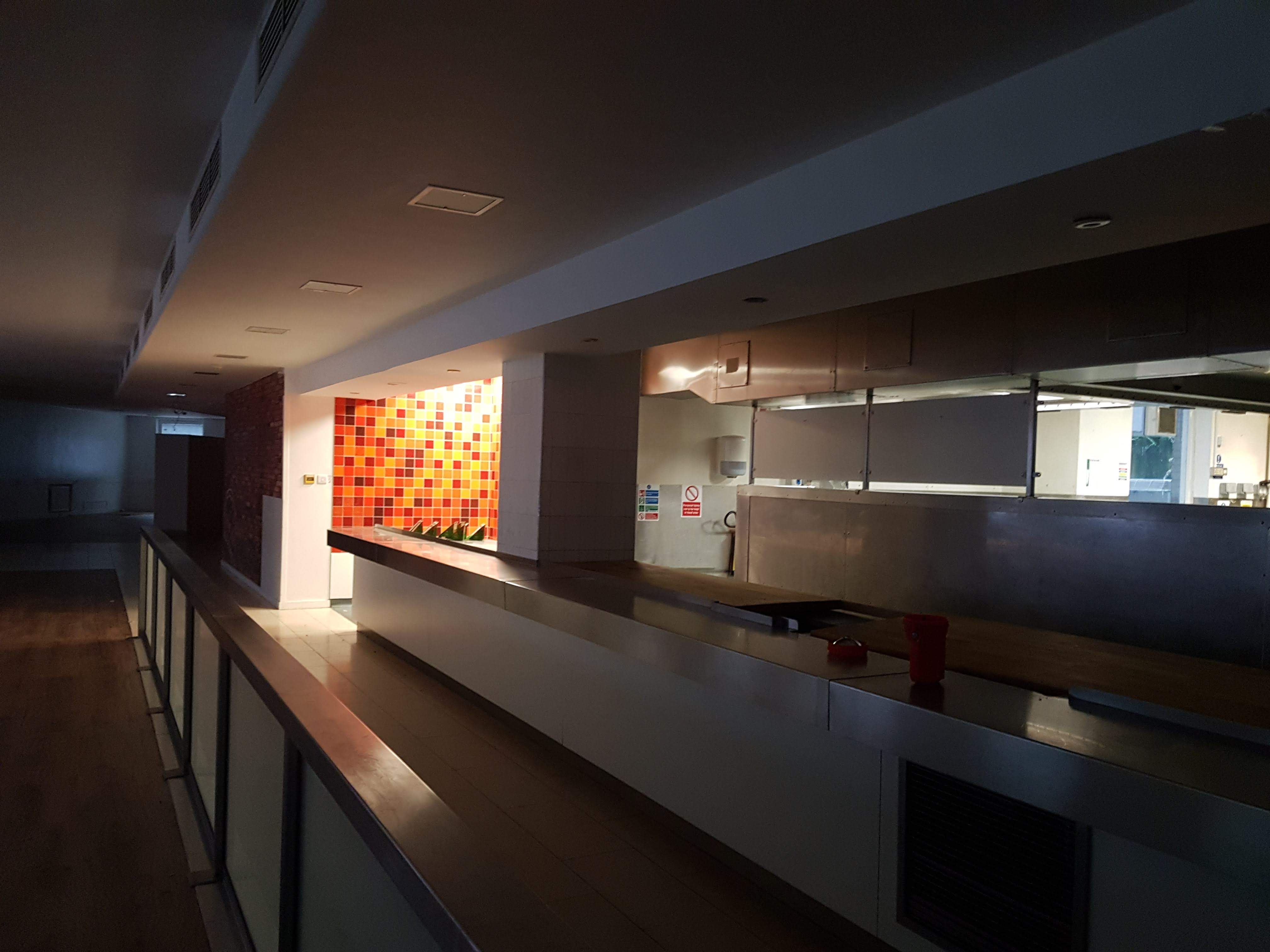 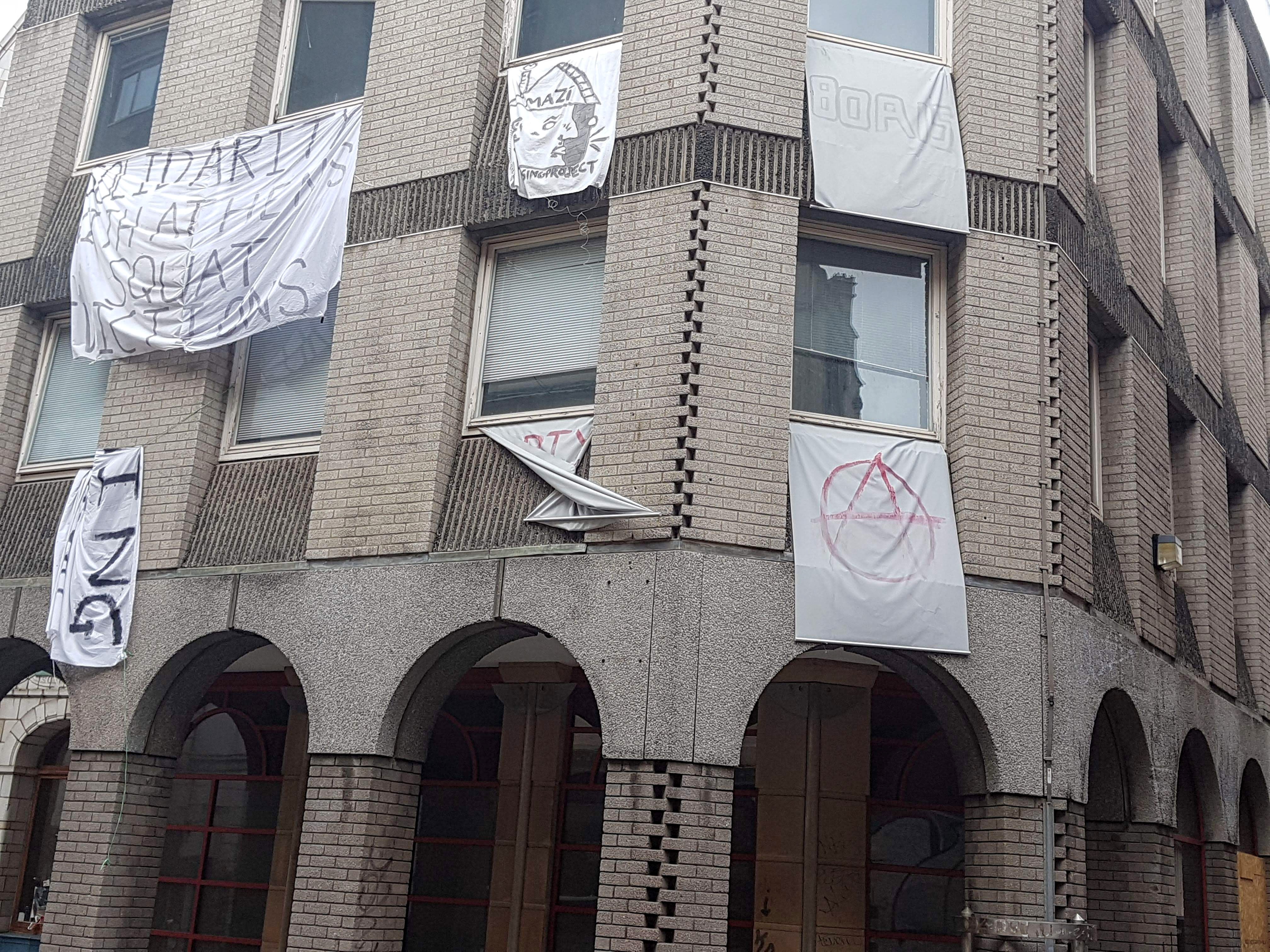 The group have created the Bristol Solidarity Centre name for their vision of a creative, open space