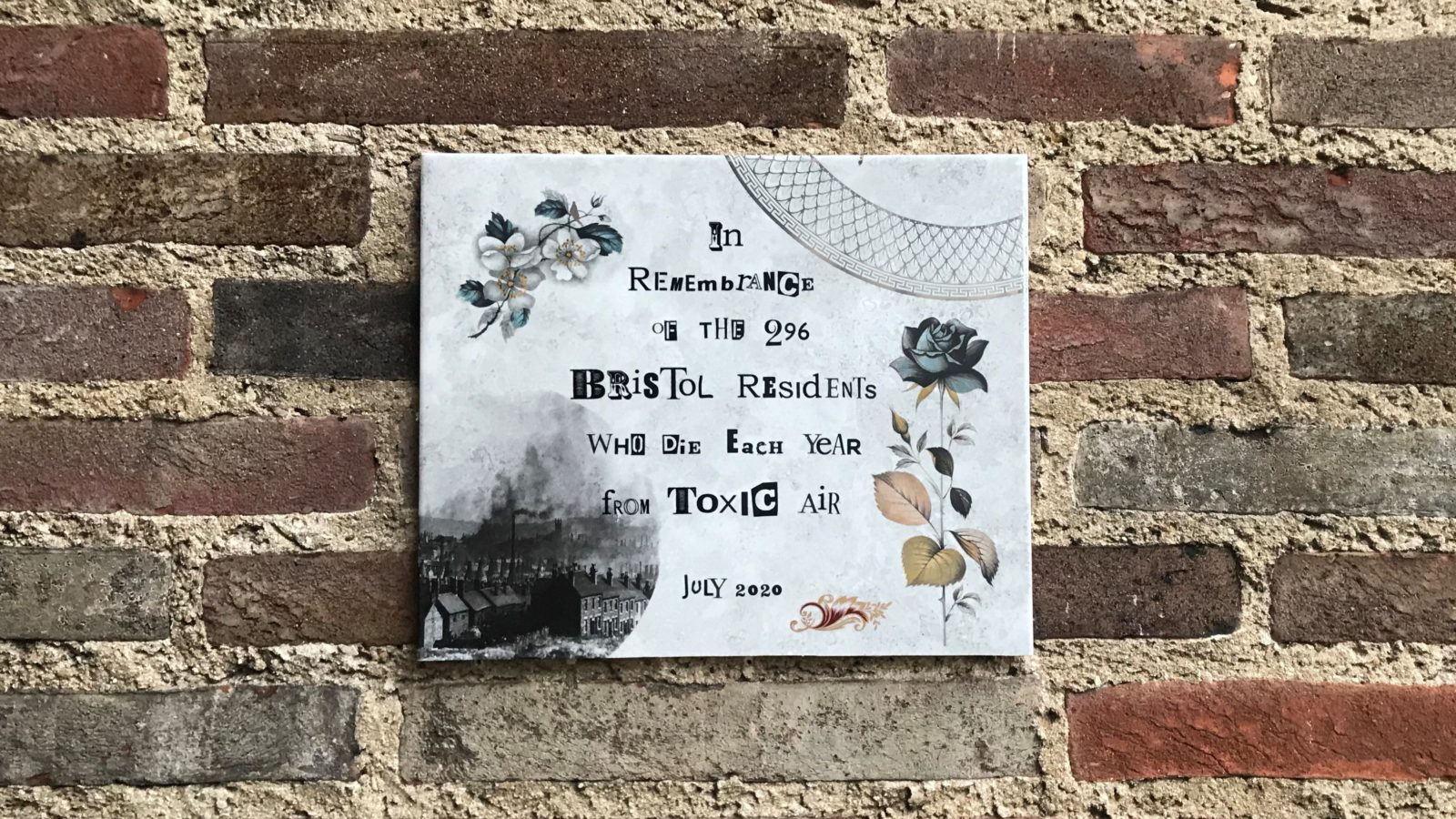 A plaque dedicated to the hundreds of people who die each year from air pollution in Bristol has been attached to an outside wall of City Hall.

It appeared on the day after Extinction Rebellion activists ended their week-long protest on top of the building formerly known as the Council House.

They were demanding legally clean air across the city by 2021 but mayor Marvin Rees called their protest a “stunt” and “privileged activism”.

The plaque next to the statue of an Elizabethan seaman has appeared beneath the domed roof where the protesters spent much of their time.

It reads: ‘In remembrance of the 296 Bristol residents who die each year from toxic air.’

A report released in 2019 revealed that Bristol’s illegal levels of air pollution contribute to five people dying prematurely every week in the city.

Primary school children born in Bristol could die up to six months early due to their lifetime exposure to air pollution, the report from UK100 revealed.