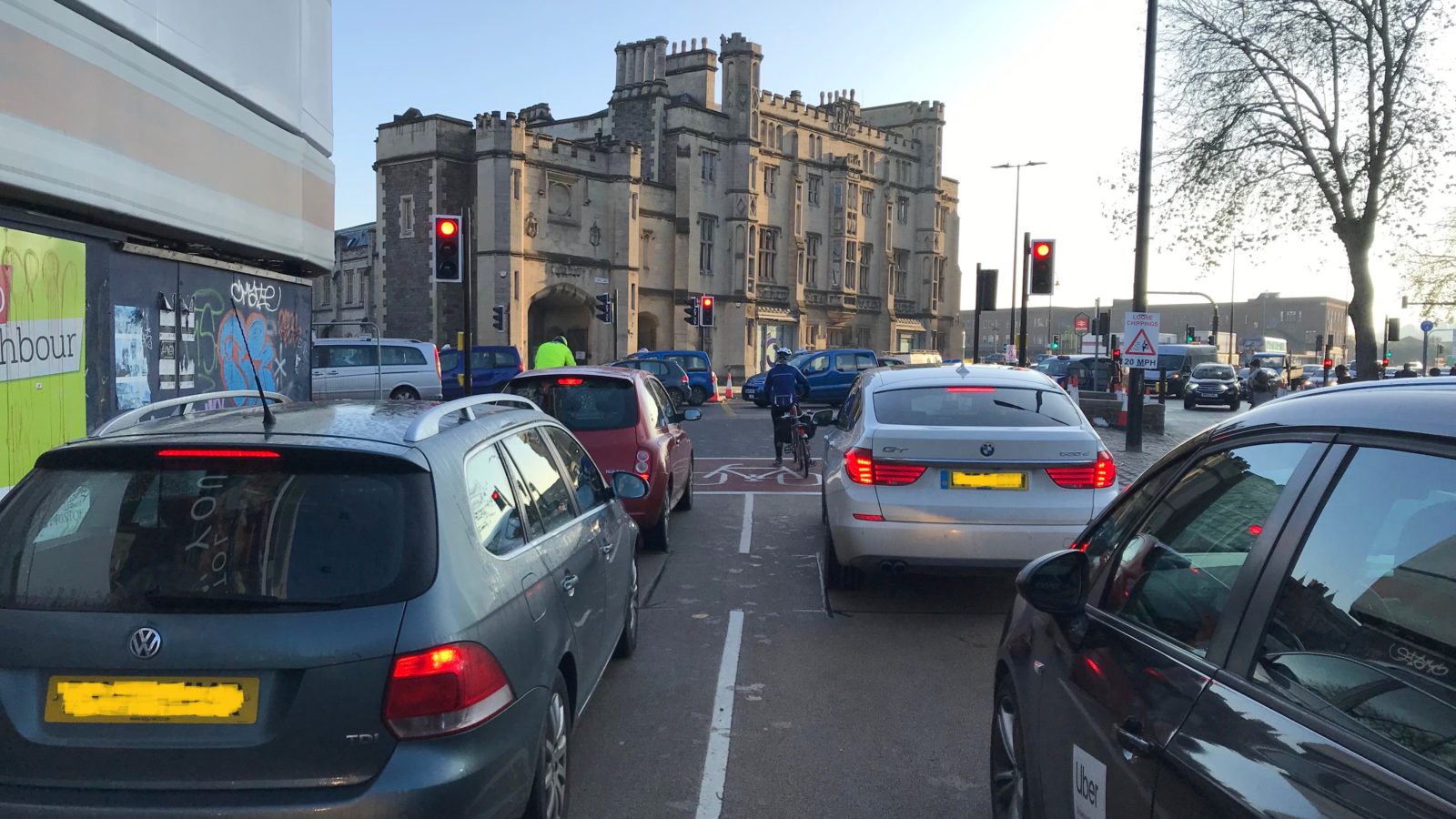 Primary school children born in Bristol could die up to six months early due to their lifetime exposure to air pollution, a new report reveals.

The research on the stark impacts of Bristol’s illegal levels of air pollution shows that it contributes to five people dying prematurely every week in the city.

The study released on Monday from UK100, a network of local authority leaders, and King’s College London, looks at the combined impact of PM2.5 (particulate matter) – mainly sourced from domestic wood and coal burning and industrial combustion and NO2 (nitrogen dioxide) – which in cities primarily comes from older polluting vehicles.

These pollutants were estimate to lead to up to 36,000 deaths across the UK in 2013, and contribute to a wide range of health conditions including asthma, lung cancer, heart disease, strokes and, possibly, diabetes.

The study shows that a child born in 2011 could die up to six months early if exposed over their lifetimes to air pollution, even taking into account the anticipated reduction in air pollution from 2011 to 2030.

Bristol is planning to introduce the country’s first ever complete ban on diesel cars under a new plan drawn up this month.

Under the plans, all privately owned diesel vehicles will be barred from entering a clean air zone in the city centre every day between 7am and 3pm by March 2021; but the proposals are subject to government approval and consultation with local residents and businesses.

The new research has been released ahead of a major air pollution summit in City Hall on Monday being convened by Bristol mayor Marvin Rees and UK100.

Polly Billington, Director of UK100, said: “This data shows why we need clear and binding targets for every city in the UK to be compliant with WHO pollution guidelines to prevent deaths from air pollution.

“Bristol are taking action, but they need support and funding, including from businesses and central Government in order to expand on their planned Clean Air Zone.”

Rees added: “We have a moral, ecological and legal duty to clean up the air we breathe. This research emphasises how vital it is that we act quickly to improve health and save lives in Bristol.

“Our proposed plans for a combination of a small area diesel ban and medium sized Clean Air Zone gets us to legal air quality levels in the shortest possible time minimising the adverse impact on our lowest income households.

“The summit brings together key organisations from across the city to discuss the impact and potential mitigations. We have submitted the plan. We now need government to act strongly to support us to deliver.”