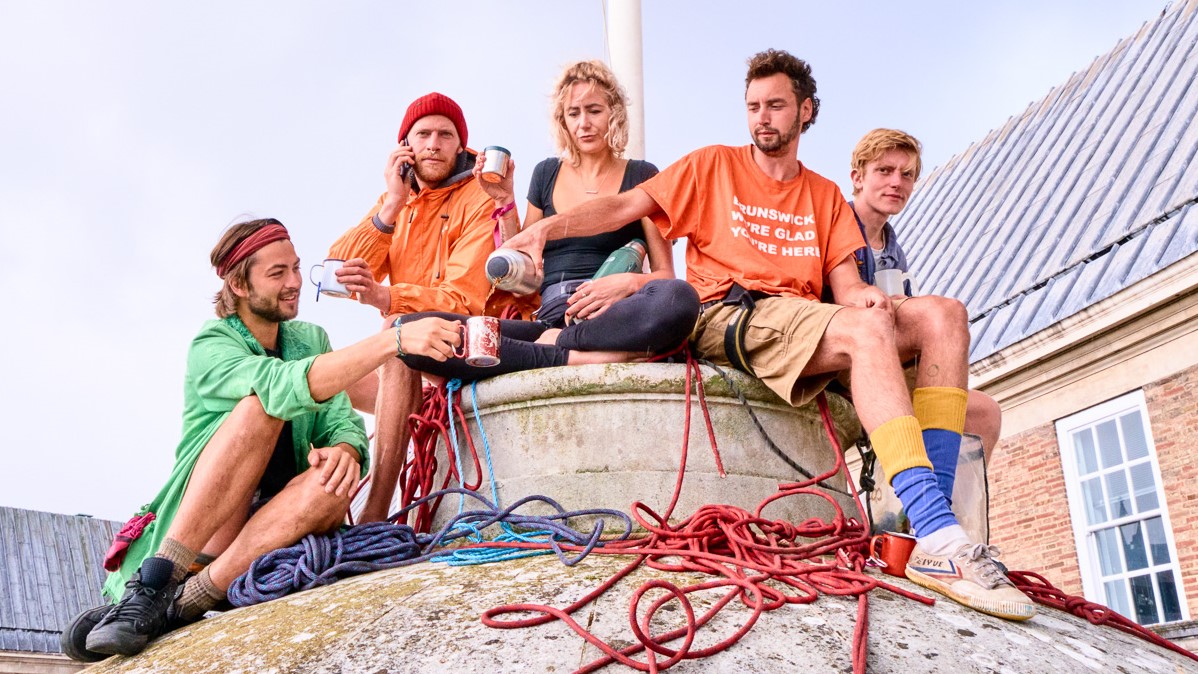 Bristol’s mayor has told the Extinction Rebellion activists camped out on the roof of City Hall to “show some respect for yourselves”.

Marvin Rees called their protest, which is now entering a second week, a “stunt” and “privileged activism”.

He said that if they wanted to talk to him, they could have written him a letter or an email, comparing their demands that Bristol City Council commit to ensuring legally clean air across the city by April 2021 to “the very same politics that’s led us to Brexit and Trump”.

In his fortnightly Facebook Q&A on Wednesday, Rees spoke at length about the XR protest. Here is the full transcript of what he said:

“While we’re talking about air quality, I may as well move on to talk about the stunt on City Hall at the moment. And look, some of you will know that some people have climbed on the roof of City Hall, you know. That’s fine. It’s more power to ‘um.

“Now, there’s a lot again, it’s like, really, the demands have been trying to catch up with the stunt, to justify the stunt, you know, all the time. So, let’s go. I think it boils down for me to two questions stroke accusations. The first is, ‘We want to meet you. Why don’t we meet?’ And then people say to me, why don’t I meet them?

“Look, just like everyone else, if you want to meet me, send an email, phone me up or send a paper letter if that’s your way. You don’t need to climb on a roof and then shout down, you know, demanding I come out. That kind of, we’re going to do something extreme, snap our fingers and expect you to come running, hopefully we’ve got over that culture with tearing down the Colston statue, alright.

“That’s just not the way I work. I wouldn’t work like that with my children if they were to engage in some extreme activity to try to get my attention. I’d just say, if you want to talk, just come and talk to me.

“You know, this week alone I have met with business owners from the city, I have met with our young parliamentarians, I have met with national campaigners, we have been part of the UK 100, I have talked to core cities. People can talk to me if they just, you know, come at me. You don’t have to do something so dramatic, you know, we are all grown up human beings.

“It also ignores the fact – because obviously they are members of Extinction Rebellion – that, you know, we have met with Extinction Rebellion many many times, at least eight times in formal meetings. We had this whole series of meetings at the beginning when they first kind of burst onto the scene and we were saying okay, you know, what do you want to do? And so forth.

“They were invited to our City Gathering and at the City Gathering when we launched the climate strategy. Again, I invited members to to stay on afterwards after the City Gathering, to stay on, to get the inside briefing on the climate strategy before it was formally launched so they could participate. And actually to talk about the biodiversity strategy emergency that we were growing in the city as well. I’ve invited Extinction Rebellion to, you know, other meetings we have had about redesigning the city’s future.

“So it’s just not true that there’s no line of communication and no opportunity to gather. They were in the City Gathering last Friday. So, that is a misrepresentation of the truth. We are all about telling the truth, right. So let’s tell the truth. 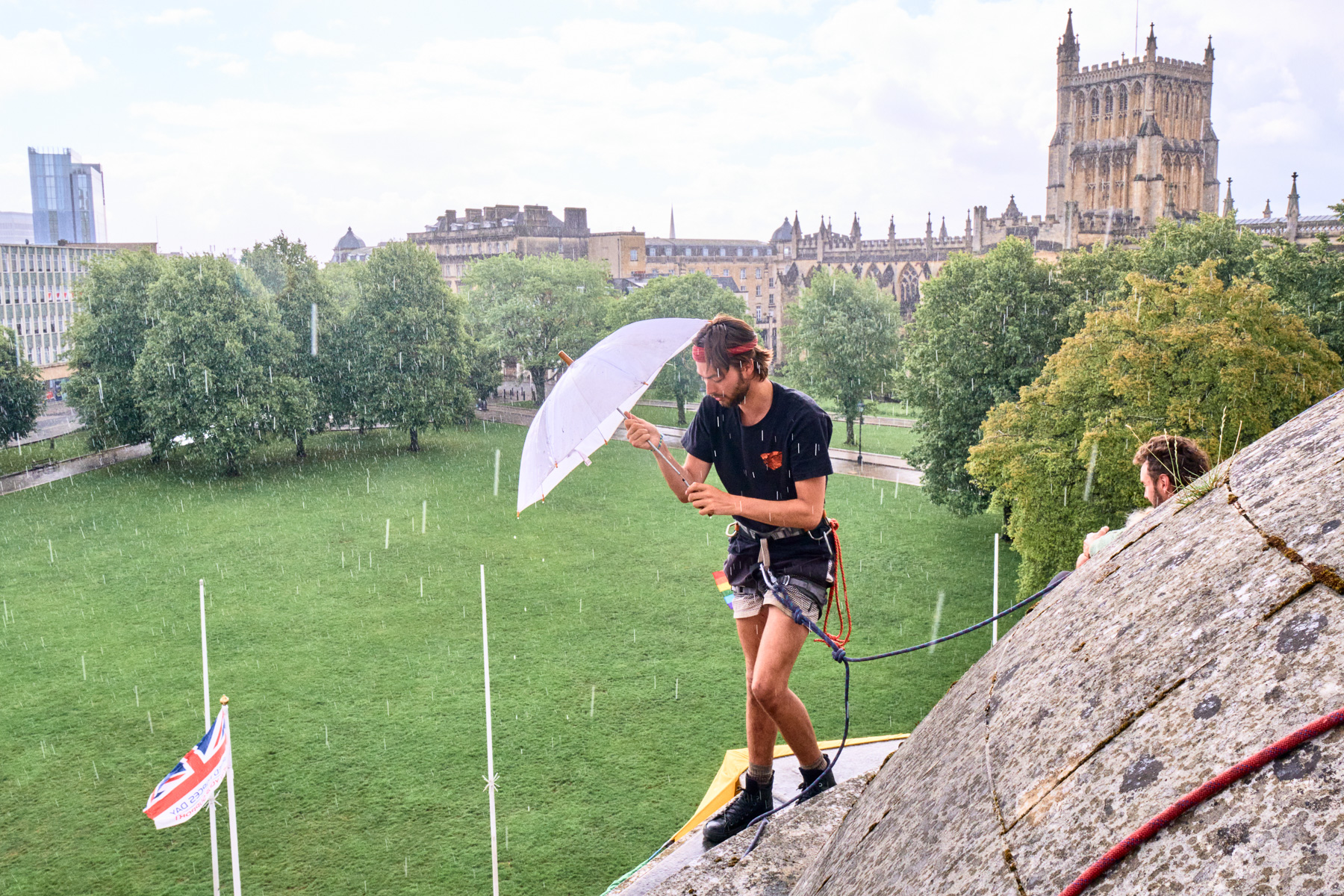 “And, you know, I’m a bit, I’ve said this on a number of fronts, I say this on issues of race, on class, whatever. There’s a real kind of, it’s privileged activism, alright, just to do something, to click your fingers and expect me to turn up. You know, the language being used, this kind of language of demands and binary arguments. I said this to a member of the Labour Party just yesterday when he was saying, ‘well, we’re going to go and demand this and demand that’.

“My whole life I have been talking about the need to get some nuance, get beyond the binary, get some graciousness in the way we talk, try to understand where people are, right. And to get beyond just turning up and making demands. That’s just not the way it works.

“To me, that is the very same politics that’s led us to Brexit and Trump. This simplification of politics: binary, oppositional, ‘you’re the enemy, you don’t agree with everything I say, you don’t see the world I see, you don’t experience it the way I do it, therefore I’m going to portray you as an enemy. Not just with me, with everything I claim to embody.’ And they claim to embody the environmental movement and the planet. It’s really poor and it under-serves us.

“The truth is, there’s lots gone on in the city around air quality and climate change. Now, if you want to say, not enough is happening and you’re not doing it fast enough, that’s an adult conversation we can have, alright. We can do that and I’m all up for that. But if the argument is, ‘you’re doing nothing’. That’s a juvenile conversation. That’s tantamount to the teenager telling their parents they never do anything for them. And you can’t have a reasonable conversation like that.

“So let’s, you know, let’s speed these things up. Let’s get beyond the simplistic and the binary. Let’s have an adult conversation and do this, you know, and tell the truth.

“And before you start making accusations, do the research. It doesn’t take much to click on all the news items about our pedestrianisation, the bio-gas buses, the City Leap programme, the driving of the SDGs (sustainable development goals) into our spatial planning, the fact that we took the SDGs up to the Local Government Association and had it shared out with all the local government and local authorities across the country, the fact that we sit on the Mayors Migration, that Council, and through that we have also advocated for the C40, the global network of cities on climate change, to be part of the Mayors Migration Council. We have done loads on it, okay.