A wicker basket usually found dangling underneath a hot air balloon was a sure sign that normal service had been temporarily suspended on platform 13 at Temple Meads.

Just three days before the 40th anniversary of the Bristol Balloon Fiesta is due to begin, its founder Don Cameron was honoured by having a new train named after him.

Each of GWR’s named train bears symbolic commemorative coins, with Cameron’s coin (which he is holding aloft in the photo above) designed by Bristol University Hot Air Ballooning Society and showing balloons flying over the Clifton Suspension Bridge.

Cameron told Bristol24/7 that it was a “great honour” to have the train named after him, and he was “extremely flattered”.

The Glasgow-born balloonist moved to Bristol in the 1960s and helped design the world’s first modern hot-air balloon, Bristol Belle, from his home in Cotham, which took its maiden flight in 1967.

After leaving his job as an aeronautical engineer, Cameron formed Cameron Balloons in 1971, which is now the world’s largest hot-air balloon manufacturer, producing up to 200 a year.

In 1979, Cameron founded the Bristol Balloon Fiesta, which is now the biggest of its kind in Europe.

Among his many achievements, Cameron was the first to cross the Alps and the Sahara by hot air balloon and crossed the Atlantic in 1992.

Of his groundbreaking career, he said: “I certainly can’t complain, we’ve had a lot of fun.” 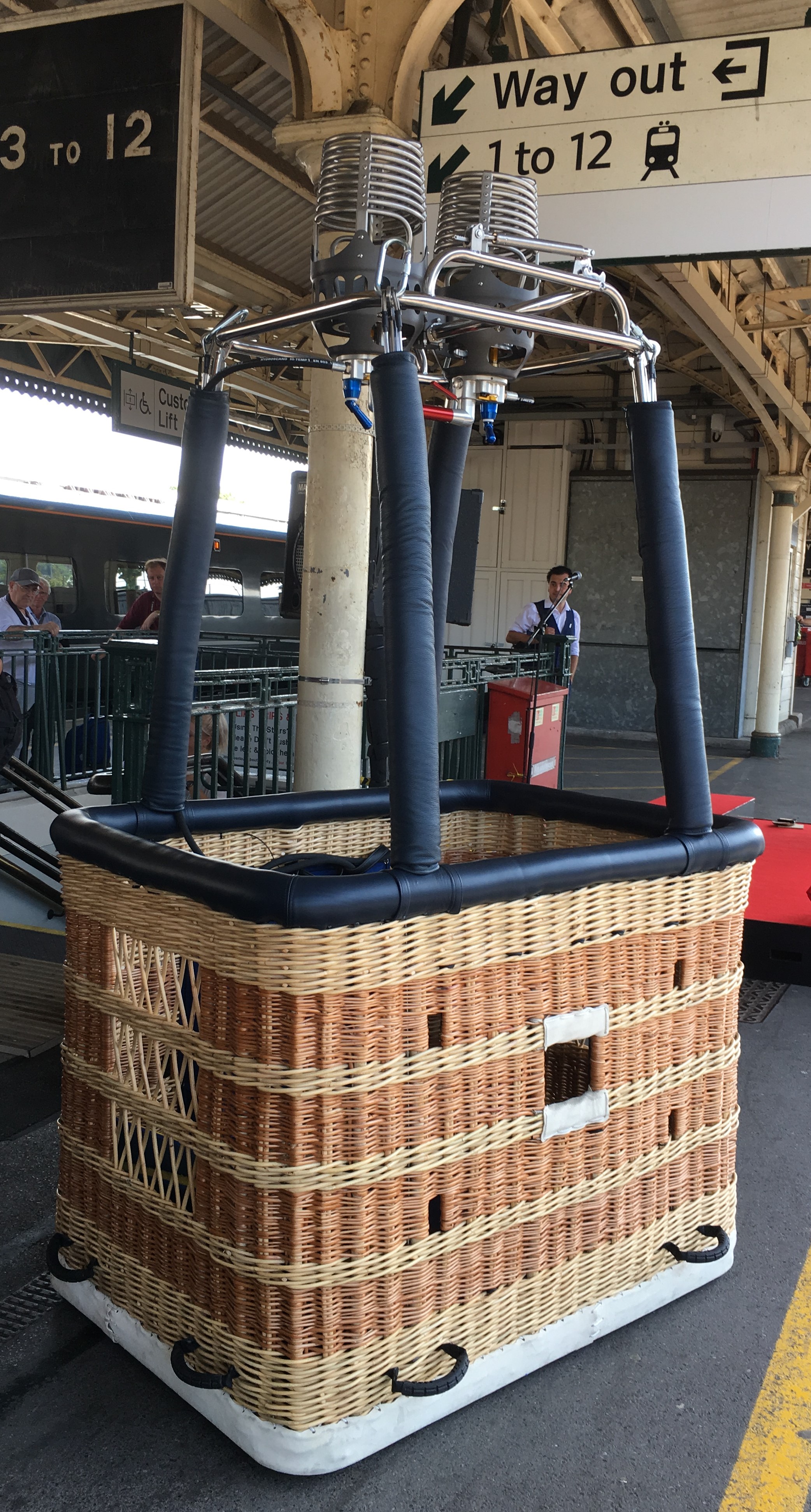 The wicker basket awaiting its moment to shine