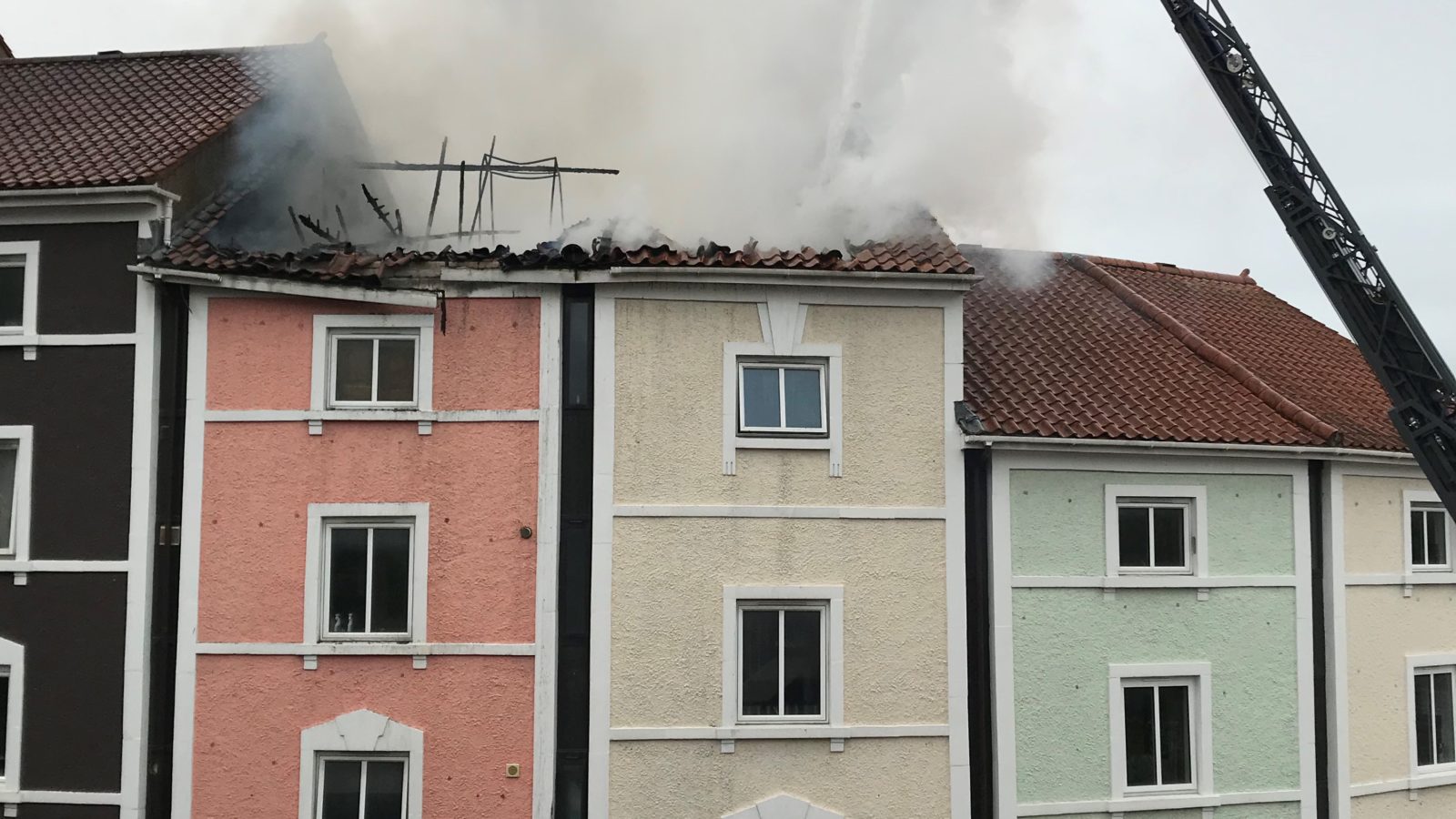 The Rose of Denmark opened its doors early on Monday morning to provide breakfast and hot drinks to people affected by a fire that broke out in a nearby block of flats.

The Hotwells pub provided warmth and shelter as the blaze took hold of much of the top floor of a building on Ambrose Road in Cliftonwood.

Eight households are now in temporary accommodation following the fire, which the fire brigade has said was accidental and which started due to an electrical fault.

More than a dozen people were evacuated from the property managed by housing association LiveWest before the fire was put out at around 11am.

In a statement, LiveWest director of neighbourhoods,  James Reseigh, said: “The safety and wellbeing of our customers is our number one priority and we appreciate this is a stressful situation for those affected by the fire.

“Our teams were immediately on site to ensure our customers were fully supported and they have been there all morning.

“Eight homes have been affected by the fire and we have arranged for temporary accommodation as well as providing some immediate financial support.”

He added: “Residents have now been able to go into their homes to pick up some of their belongings.

“We would like to thank the fire brigade for the swift and effective way they dealt with the fire and we would also like to say thank you to the Rose of Denmark pub who kindly opened their doors this morning to provide our customers with breakfast and hot drinks.”