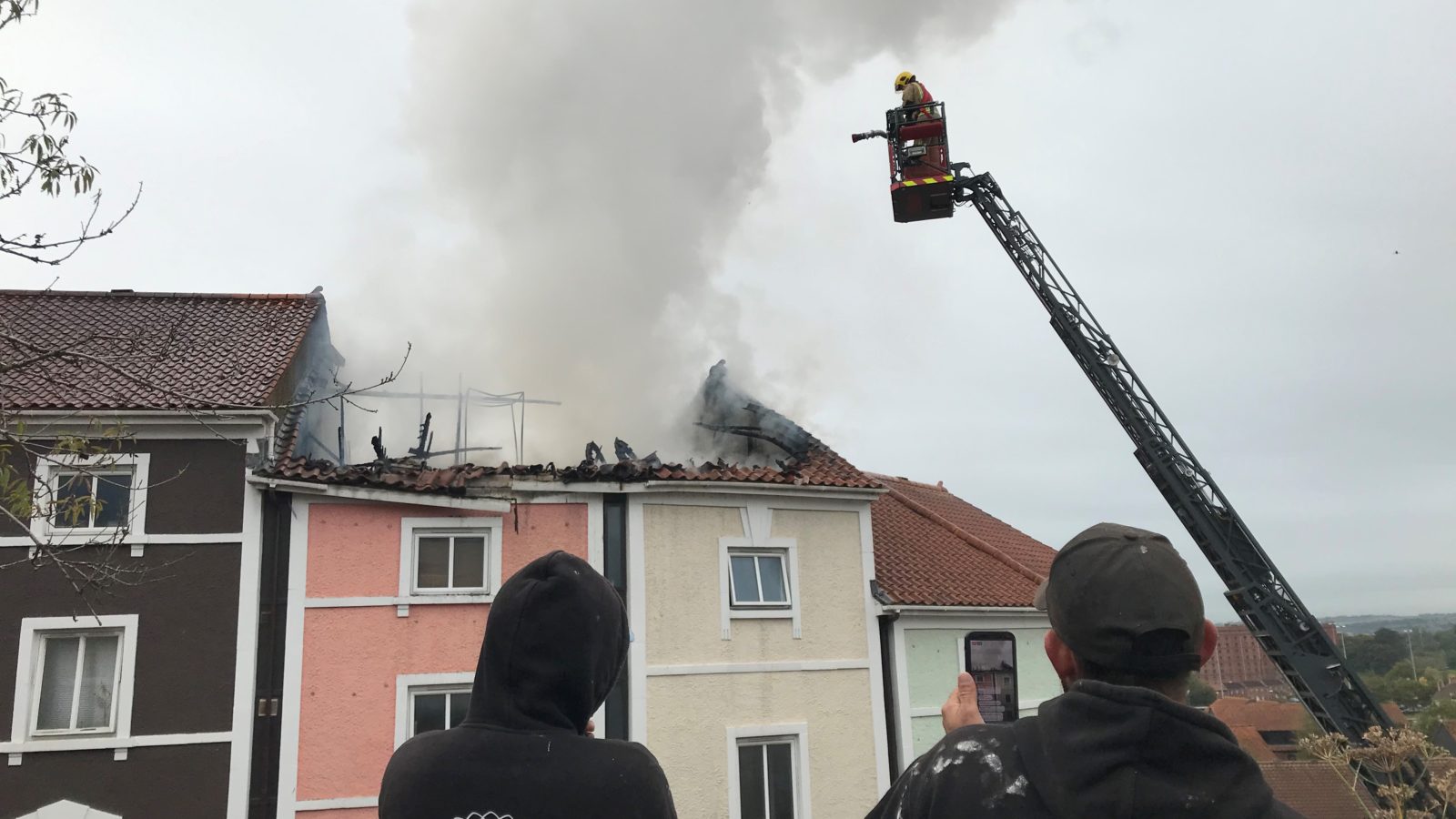 Smoke could be seen from across the city on Monday morning as a fire broke out in the roof of a block of flats in Cliftonwood.

Crews from Temple Meads, Bedminster, Southmead, Avonmouth, Kingswood, Bath and Hicks Gate were called to Ambrose Road at 8.22am.

More than a dozen residents had to be evacuated from the building during the fire, with everyone accounted for.

The fire was in the roof of the building and spread to a neighbouring property, with its cause still unknown.

Neighbours watched firefighters battle the blaze from behind cordons, with those on Ambra Vale South getting an elevated view of proceedings. 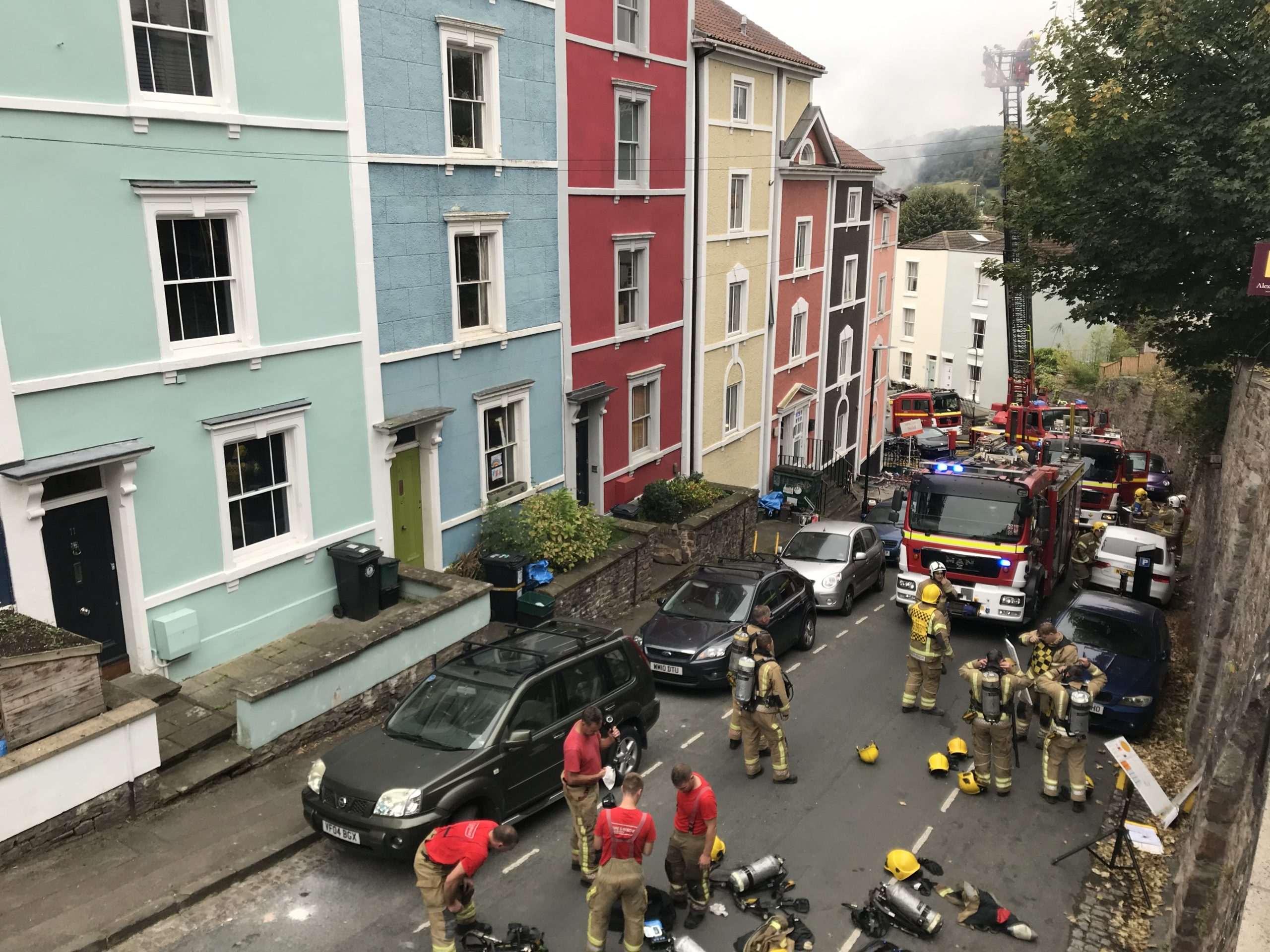 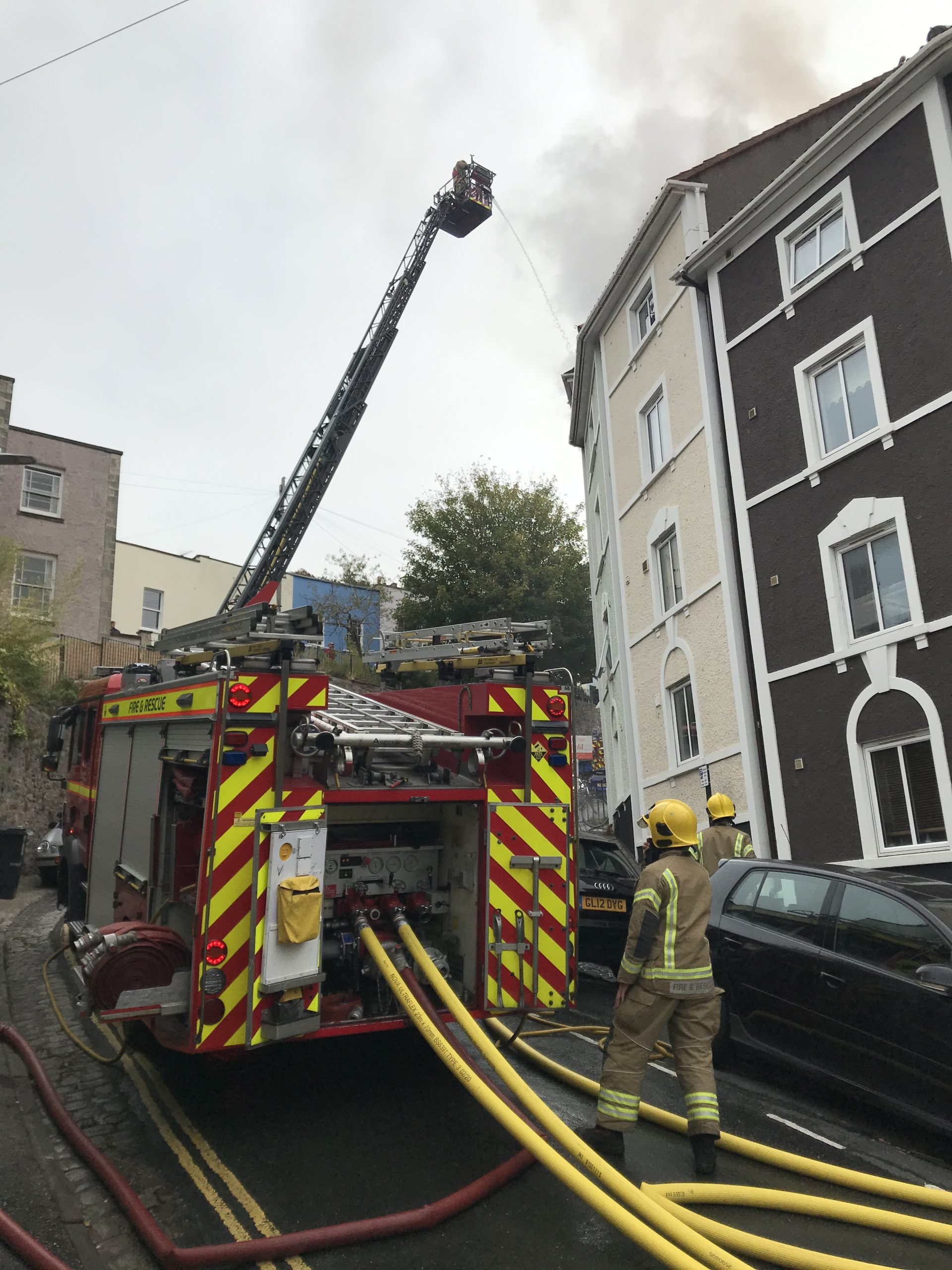