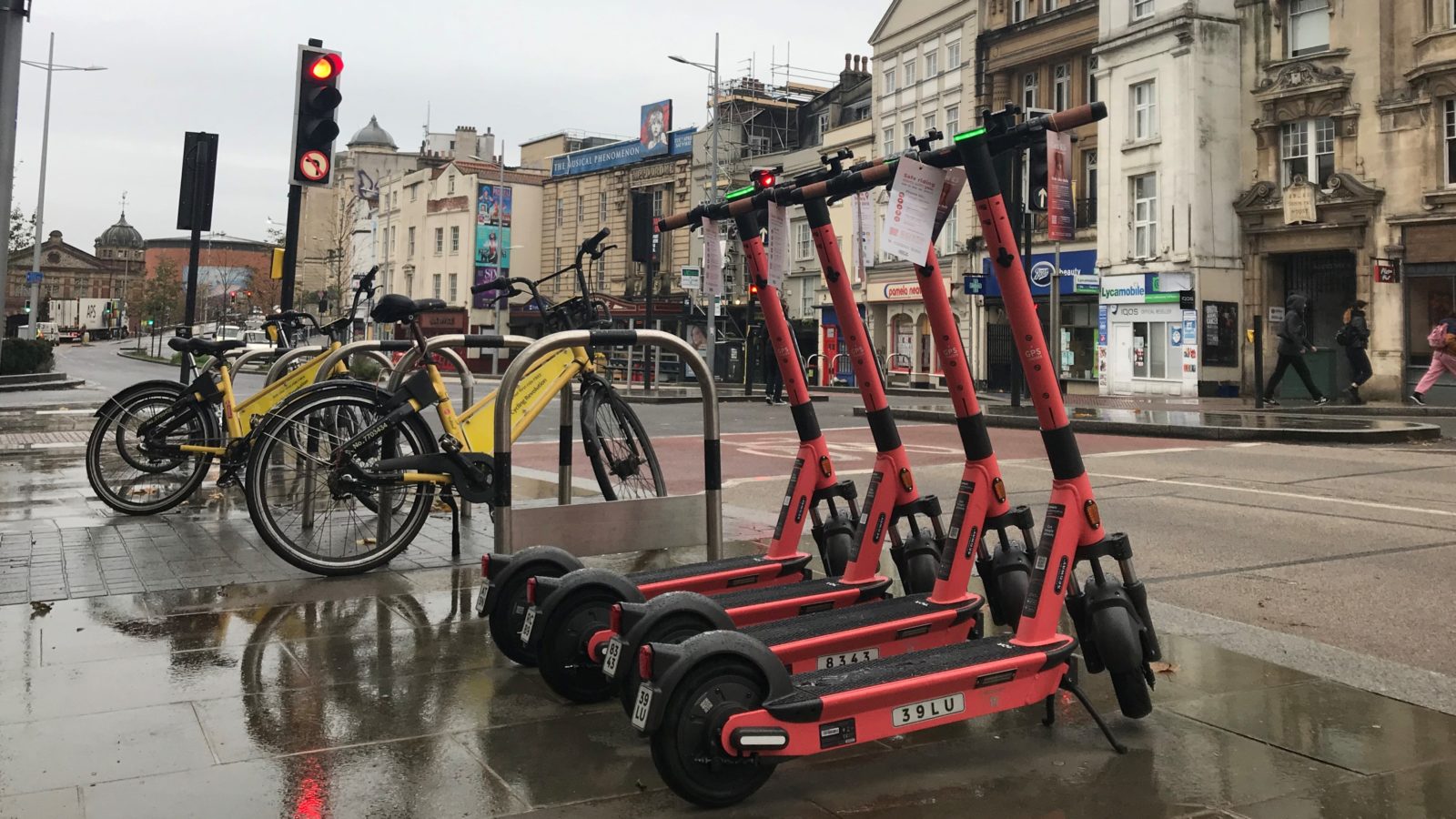 One hundred coral-coloured electric scooters can now be hired in Bristol.

Thursday is the first day of a trial scheme for the vehicles, which cost £1 to unlock via the Voi app and then are charged at 20p per minute to ride.

While privately owned e-scooters remain illegal to use on roads, pavements, parks and any other areas, the e-scooters that are hired or leased through the trial can be used legally on roads, cycle lanes or cycle tracks.

The trial is being led by the West of England Combined Authority (WECA) in both Bristol and Bath.

In Bristol, the area where the scooters can be hired stretches from Malago Road in the south, encompassing Hotwells and Clifton Village in the west, heading up Whiteladies Road as far as Cotham Hill, up Cheltenham Road as far as the arches, towards much of St Paul’s, with Temple Way the scheme’s eastern border and Temple Meads in the south-east corner.

Scooters are limited to 10mph and in some areas – including around the Floating Harbour and in Broadmead – have their speed automatically reduced further.

West of England mayor Tim Bowles said that with social distancing in place on public transport, the e-scooter trial “is a chance for us to try a new, low carbon way to get our region moving, particularly up and down the big hills we have both Bristol and Bath”.

He said: “Alongside metrobus, our transformational MetroWest rail network and plans for a regional mass transit, we’re making it easier to get to the jobs and training opportunities that will secure our recovery.”

Bristol mayor Marvin Rees added: “We made proposals to government more than two years ago to trial e-scooters in Bristol and we are delighted that this is now happening.

“We welcome the investment and jobs that Voi are bringing to the city and we are working closely with them to ensure e-scooters are used responsibly and safely.” 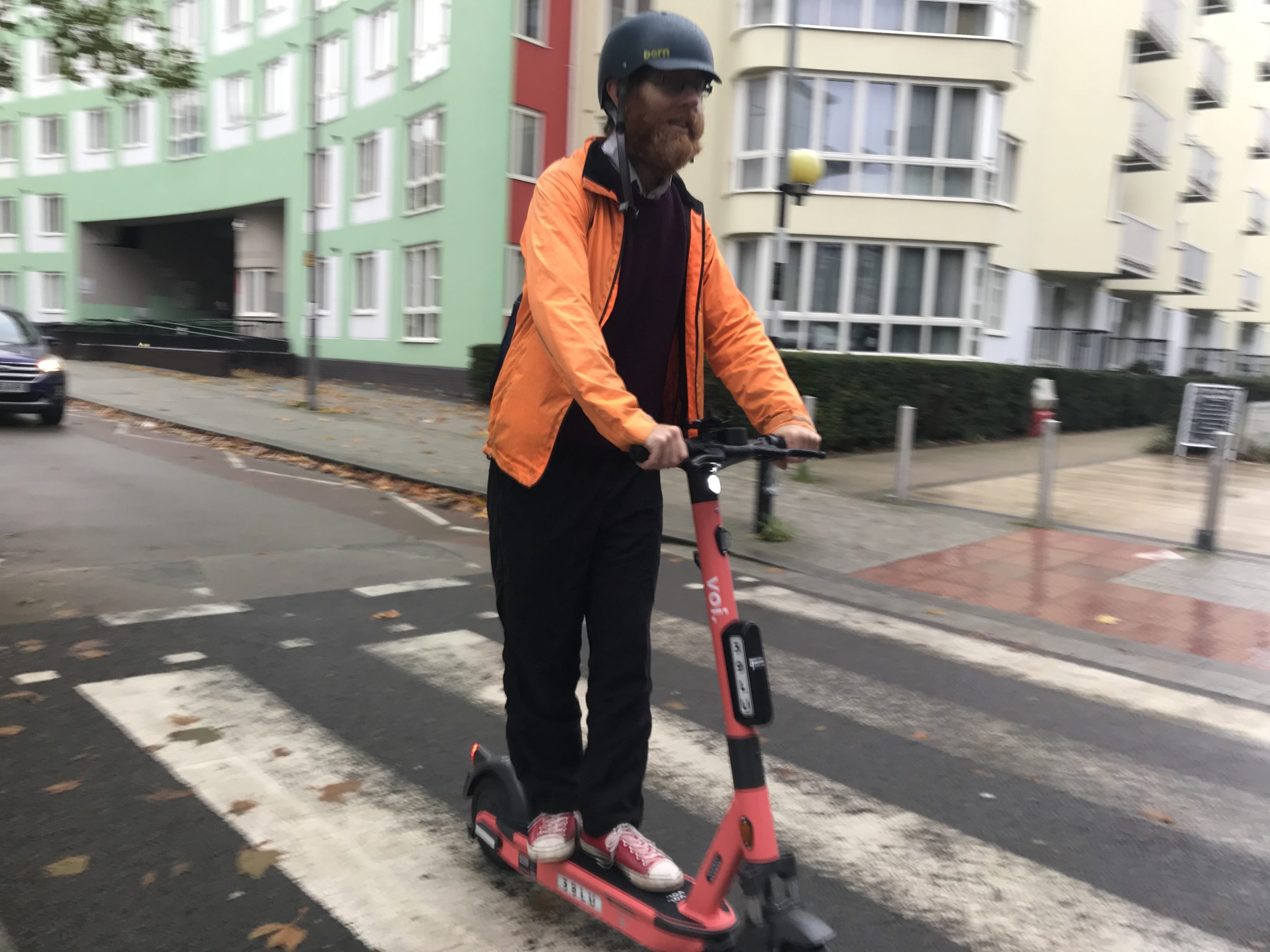 On the evening before the start of the trial, I downloaded the Voi app to see one scooter already on the map – in the middle of the Floating Harbour near Pero’s Bridge.

The GPS was unfortunately not much better on launch day. There are specific areas marked where you are allowed to leave a scooter, and I walked around the Watershed a few times in an attempt to get within the designated zone this morning before giving up.

Before using a scooter for the first time, I had to take a photo of my driving license via the app. Safety is obviously a top priority and the scooter automatically slowed down when I turned left off Anchor Road into the Harbourside development.

It’s a smart bit of technology. And if these scooters can do this, why not cars?

Riding around the city centre on a scooter was good fun but did seem like a novelty. They won’t be replacing my bike anytime soon but the setup is definitely much more user friendly than YoBikes, although considerably more expensive.

While YoBikes cost £1 to hire for one hour, 60 minutes on one of these scooters will cost you £13 – an astonishingly high price almost the same as three days of unlimited bus travel with a day-rider.

The area included within the pilot scheme will also need to be greatly extended if it is to benefit the majority of those who live and work in Bristol and are looking for a new nifty way to get from A to B. 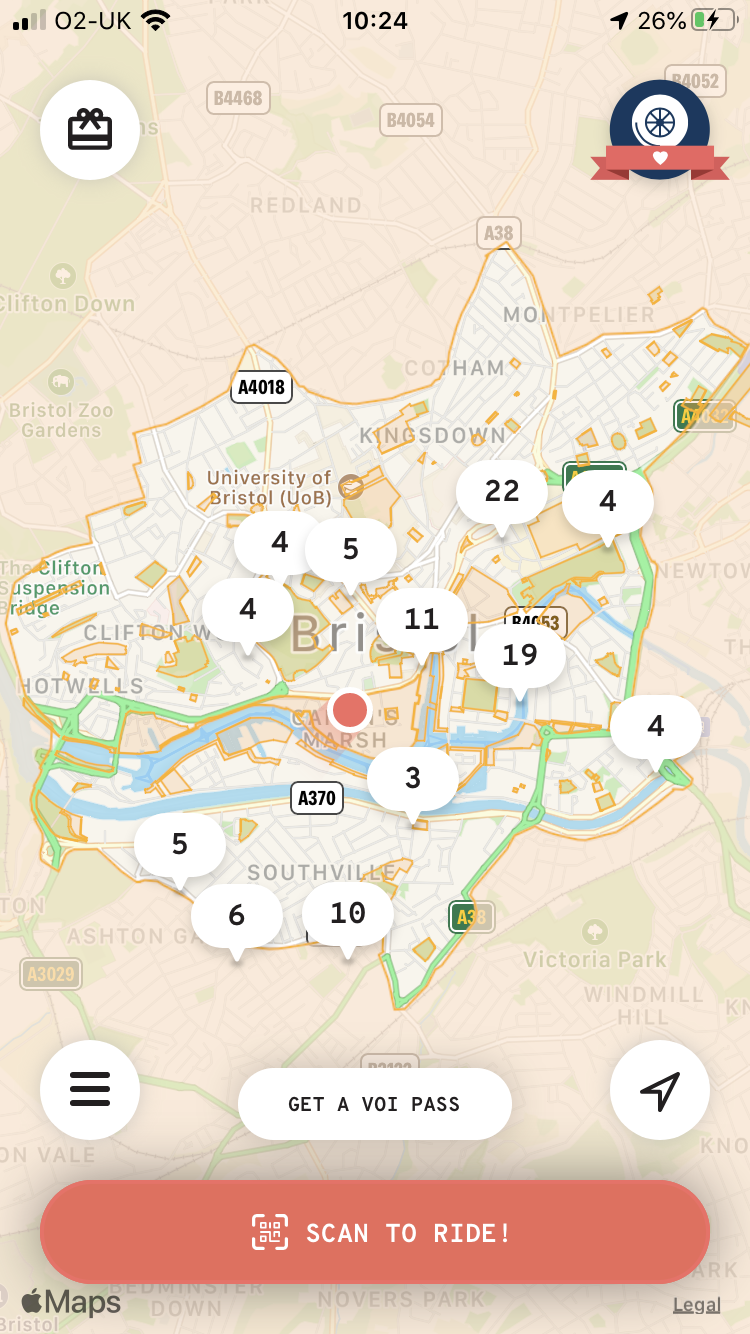 The area where the trial scheme is taking place – map: Apple / Voi

Read more: ‘We need all environmentally friendly travel options to flourish in Bristol’