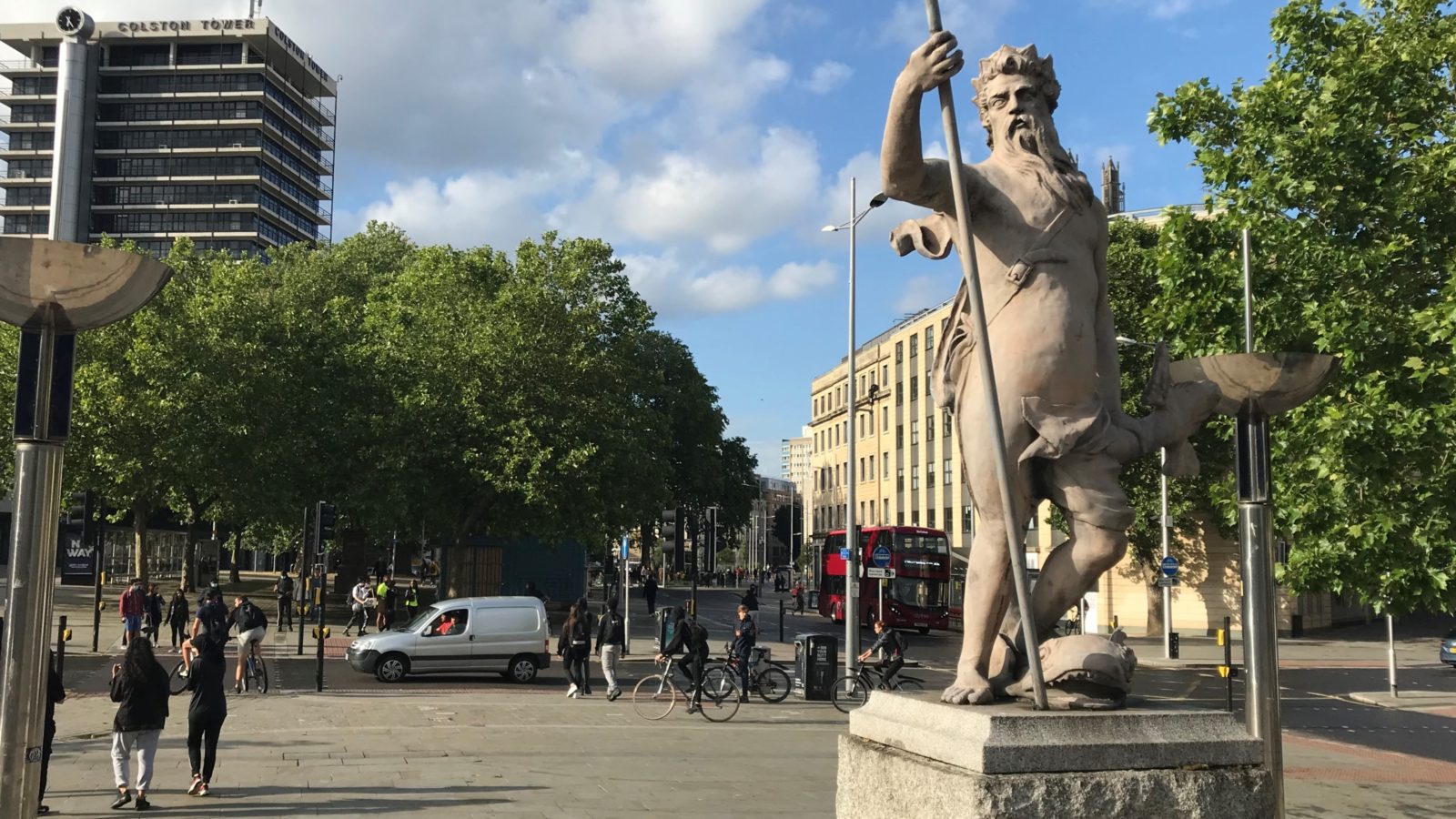 Neptune looks nervous. Just one week ago, another statue was toppled from its plinth, rolled past him and unceremoniously thrown into the docks.

Being a fictional character, however, the Roman god of the sea looks to be safe at a time when attention is being turned to statues across the world commemorating less than savoury characters.

With apologies to Neptune, Nipper the HMV dog and St George, here are the statues remembering real people that still stand in Bristol: 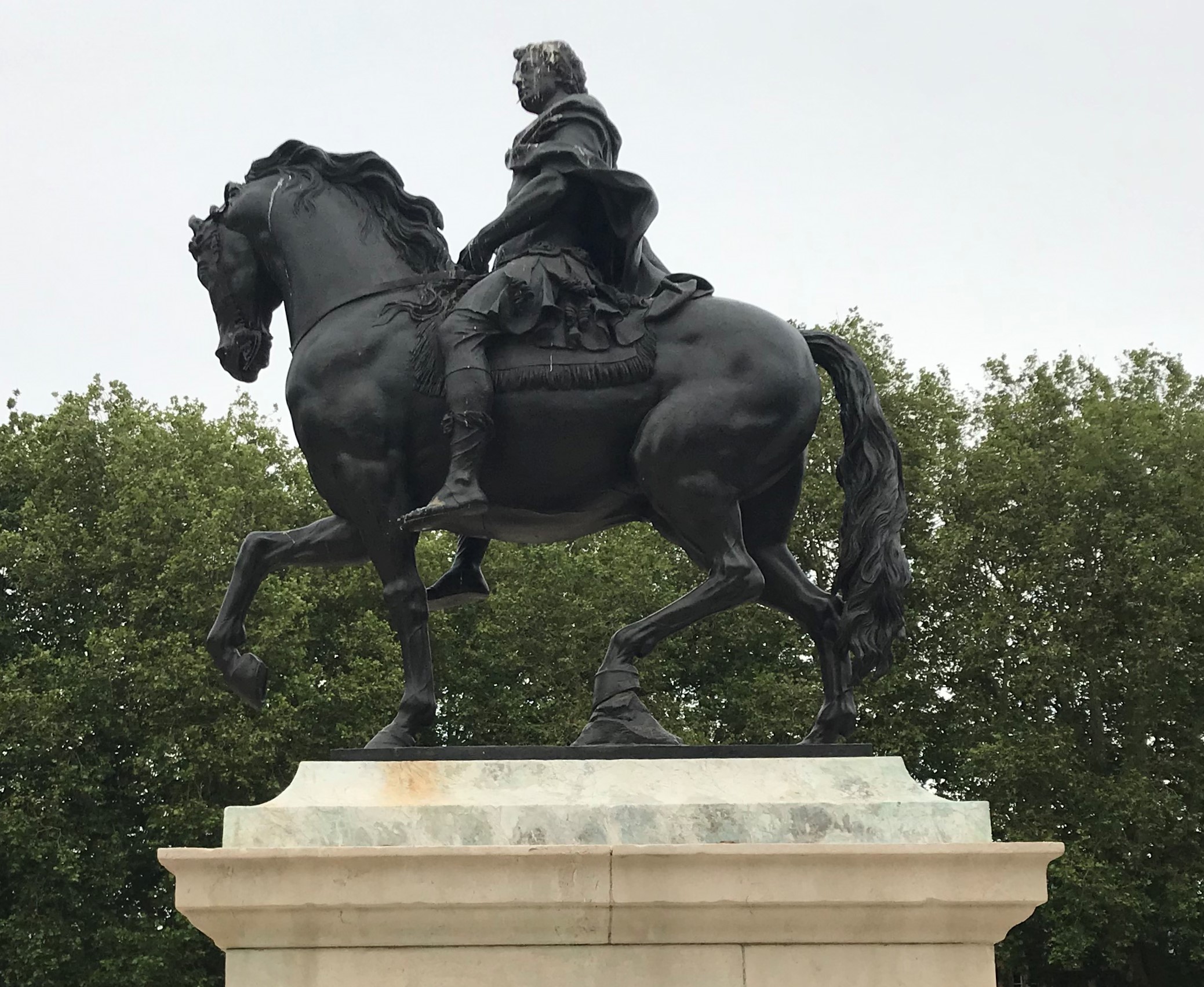 King William III bought out the shareholding in the controversial Royal African Company that belonged to Edward Colston. Historic England call this equestrian statue of the Dutch-born king “an outstanding example” of the work of Flemish sculptor John Michael Rysbrack. A statue of William, also known as William of Orange, has been vandalised twice recently in Glasgow in the aftermath of Black Lives Matter protests due to his links to slavery. 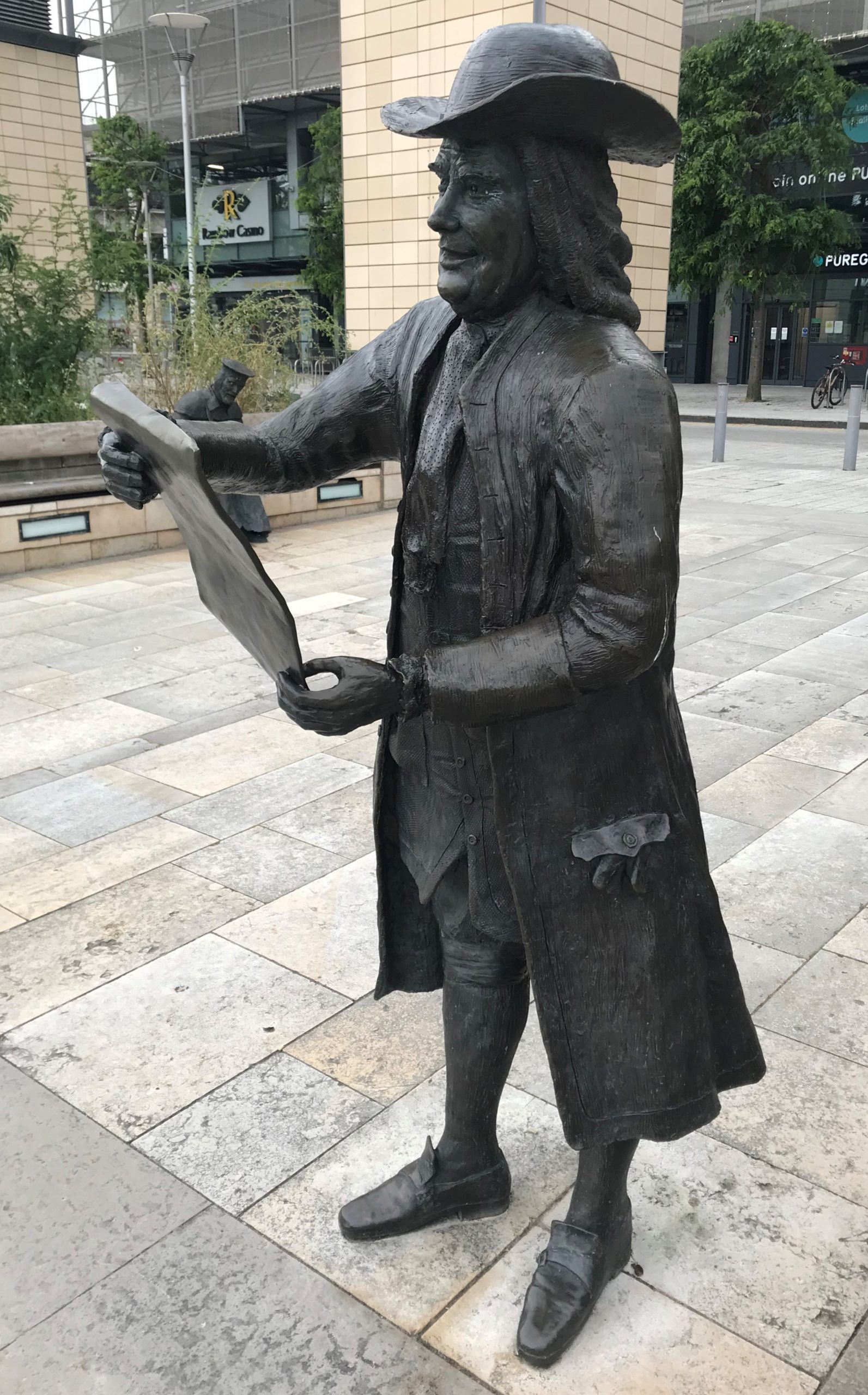 William Penn was a Quaker leader and advocate of religious freedom, who founded Pennsylvania as a refuge for Quakers and other religious minorities of Europe. But his father, Admiral Penn, was the Sea General who captured Jamaica from the Spanish, thus establishing that island as the centre of English slave trading and sugar production. Penn himself was a slave owner who established his own slave plantation in Pennsylvania; with his sons responsible for defrauding Native Americans out of vast areas of land, according to The Life & Family of William Penn.

The former Clifton College pupil is remembered with a statue outside his alma mater. Haig was commander in chief of the British forces in France during most of World War I. “His strategy of attrition (tautly summarised as ‘kill more Germans’) resulted in enormous numbers of British casualties but little immediate gain in 1916–17 and made him a subject of controversy,” reads his entry in the Encyclopedia Britannica. While seen as a national hero by some, to others he remains the ‘the Butcher of the Somme’ for issuing orders that led to excessive British deaths and casualties.

Read more: In photos: A peek inside Clifton College 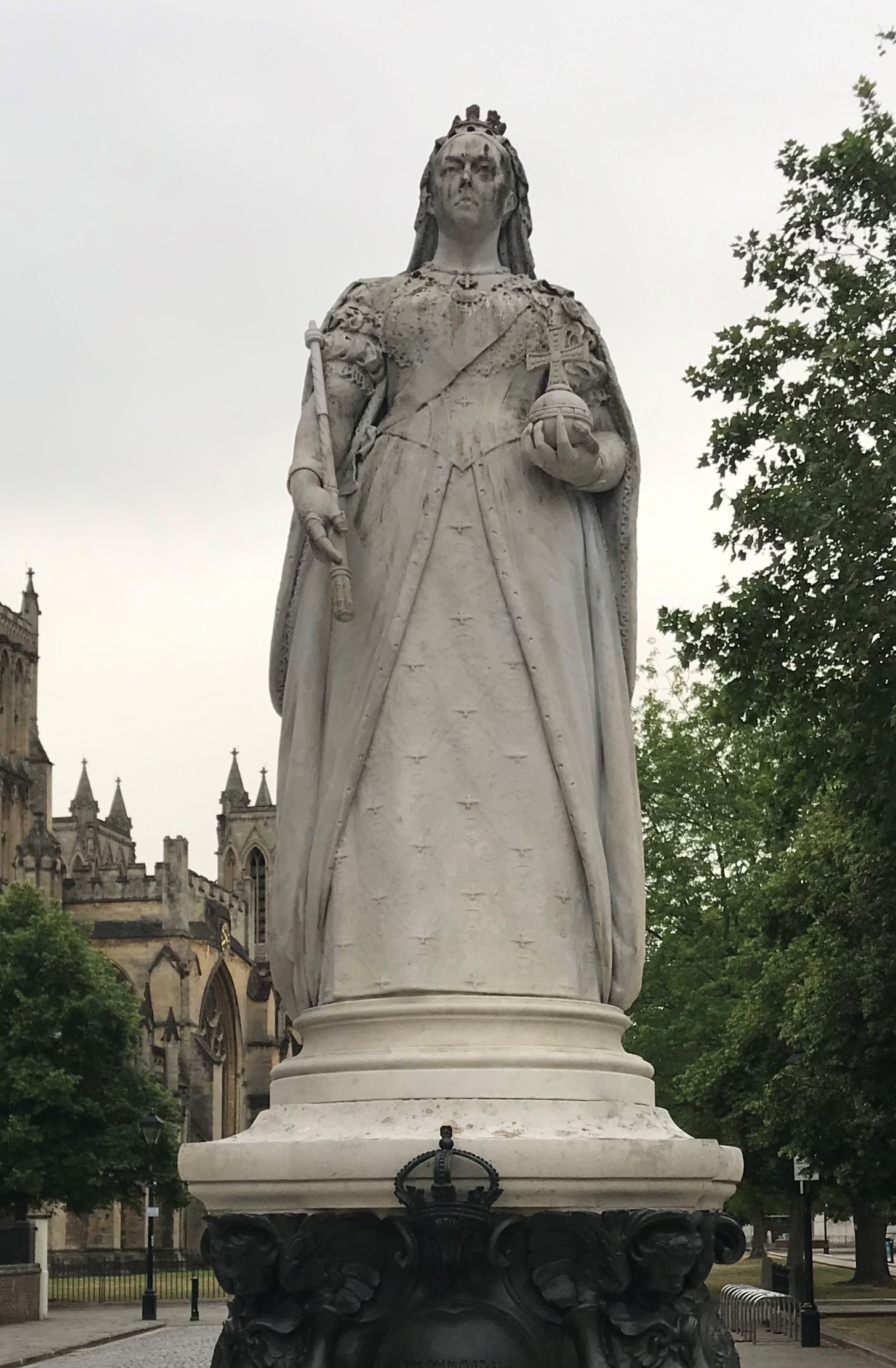 Unveiled by Queen Victoria’s grandson, Prince Albert Victor, in 1888, this Grade-II statue on College Green in memory of Victoria was created by Joseph Edgar Boehm and remains the only one of a woman in Bristol. This week, a memorial to Victoria in a park in Leeds was defaced with the words ‘racist’ and ‘slave owner’. Her statue outside the Royal hotel was ‘undressed’ by a feminist street artist in 2016. 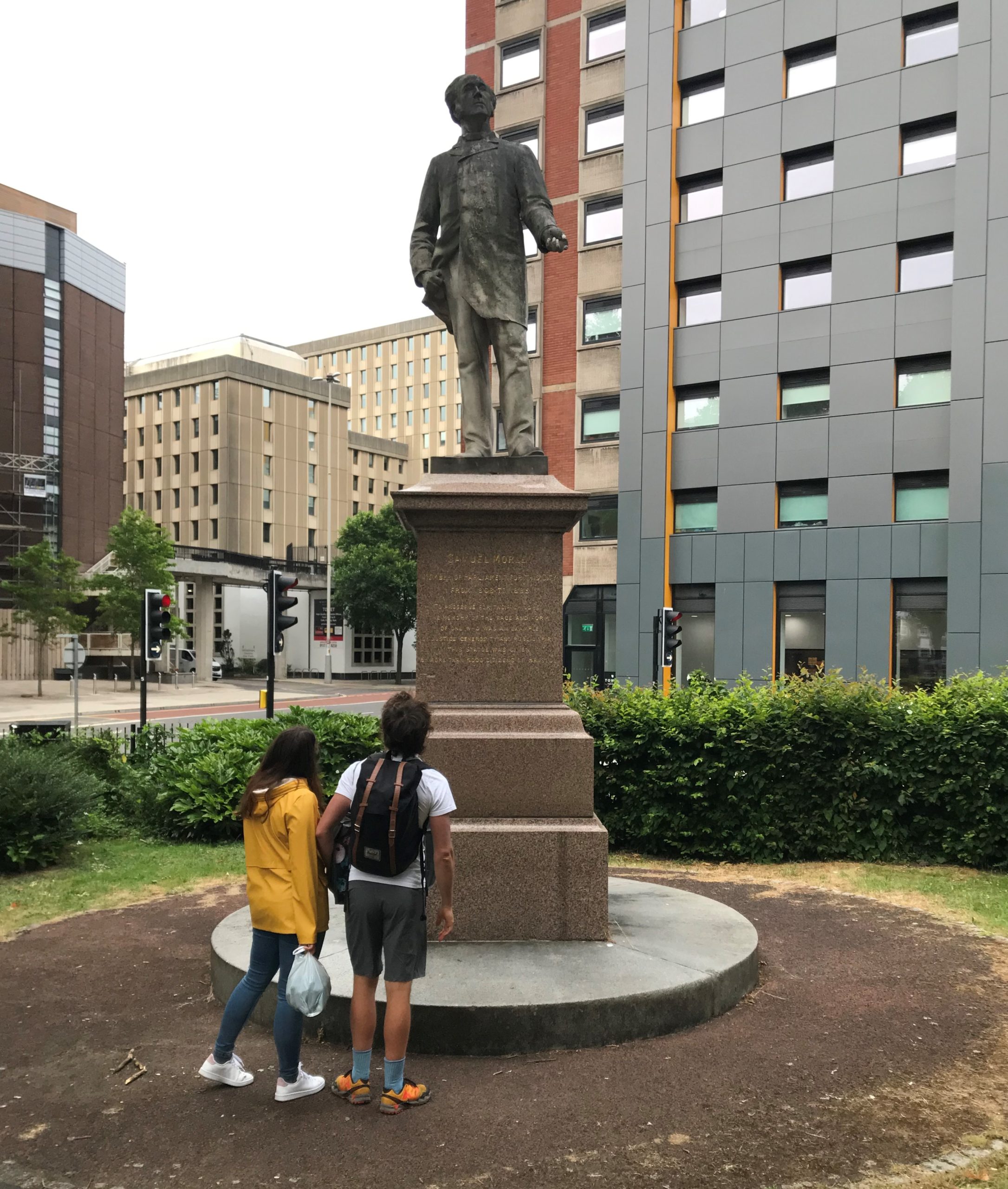 Morley was a businessman, politician and philanthropist. He grew up in Nottingham where he helped expand his family firm from employing knitters in their homes to owning huge mills in several cities employing thousands of staff. As an MP, he represented first Nottingham and later Bristol, where his statue originally stood next to Bristol Bridge and is now located on the patch of grass between Lewins Mead and Rupert Street. 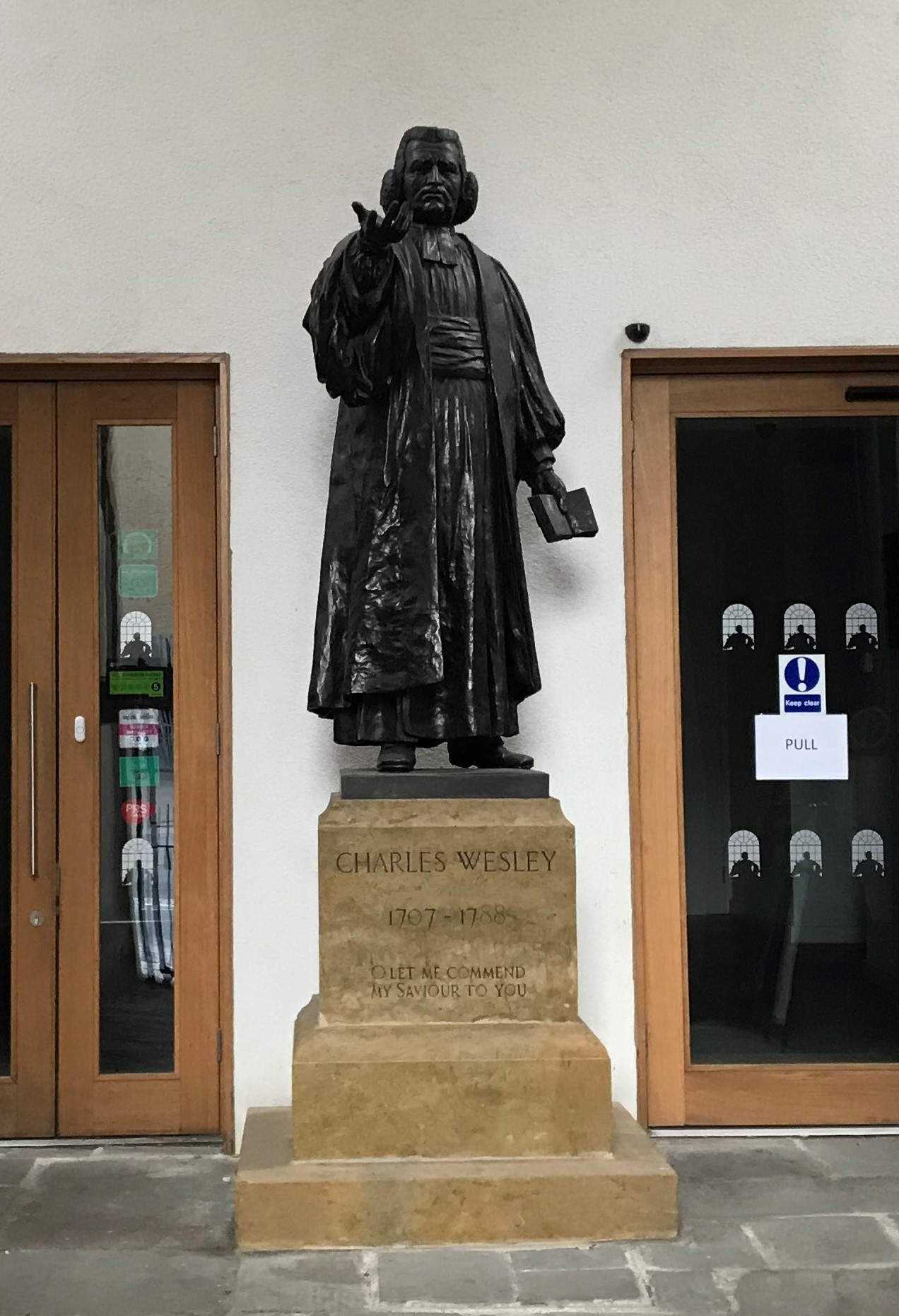 The prolific hymn writer composed more than 9,000 works during his lifetime, including Hark, the Herald Angels Sing and Love Divine, All Loves Excelling. Wesley started the Methodist movement in the Church of England with his brother, John, who is commemorated with his own statue on the Broadmead The New Room. Charles’ statue was erected in 1938. 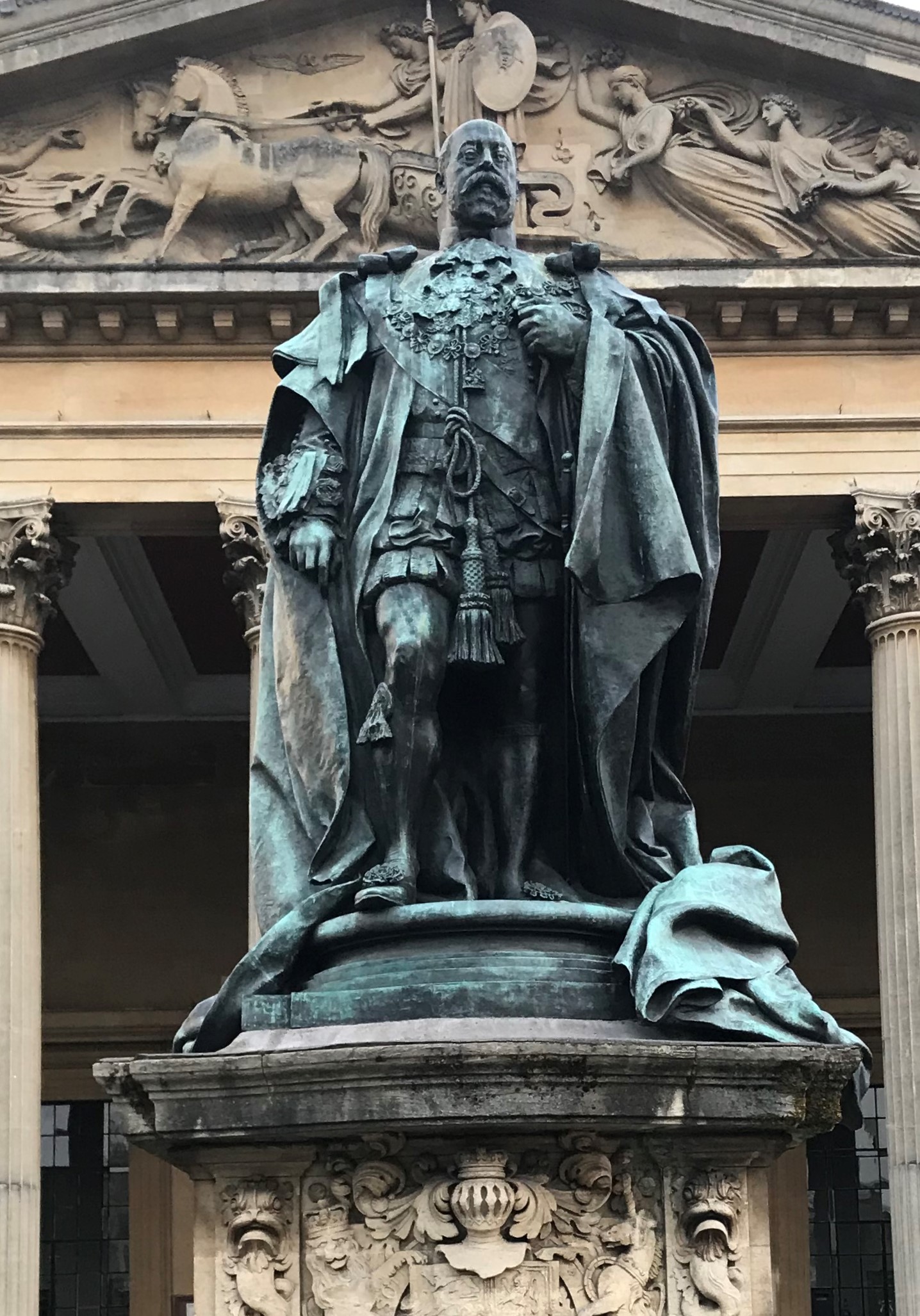 The statue of Edward VII, the eldest son of Queen Victoria, outside the Victoria Rooms in Clifton dates from 1912 and was created by Henry Poole. The statue shows Edward, who ruled from 1901 until his death in 1910, in his coronation robes. On the front of the pedestal is the royal coat of arms and on the back the arms of the city of Bristol. 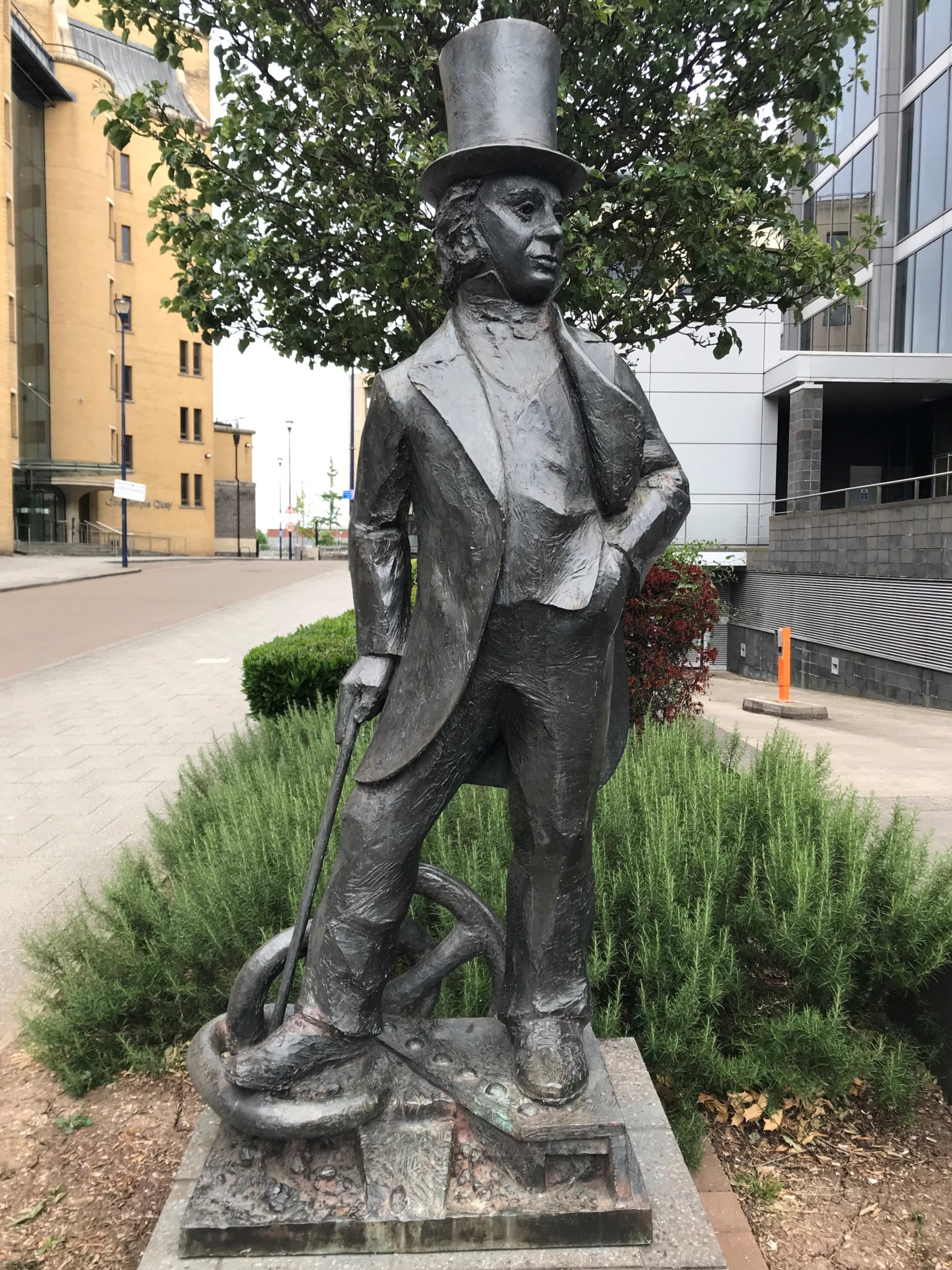 This statue of the ‘reckless engineer’ was unveiled in 1982 outside the former Bristol & West Tower (now the Radisson Blu hotel) on Broad Quay. It was moved to its current site in temple Quay in 2006, the bicentenary of Brunel’s birth. Another statue of Brunel by the same artist, John Doubleday, is located at Paddington station. 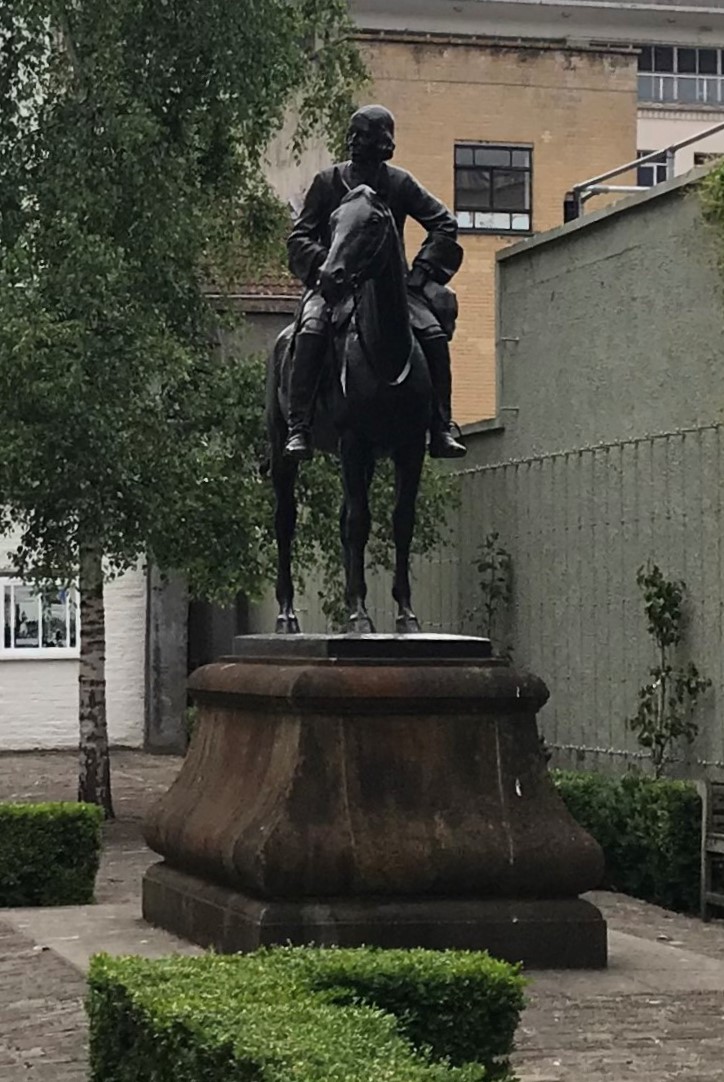 Located just outside the New Room, the oldest Methodist chapel in the world, a statue depicts the co-founder of Methodism, John Wesley. The statue was erected in 1932 in the courtyard of the chapel, which was established in 1739. 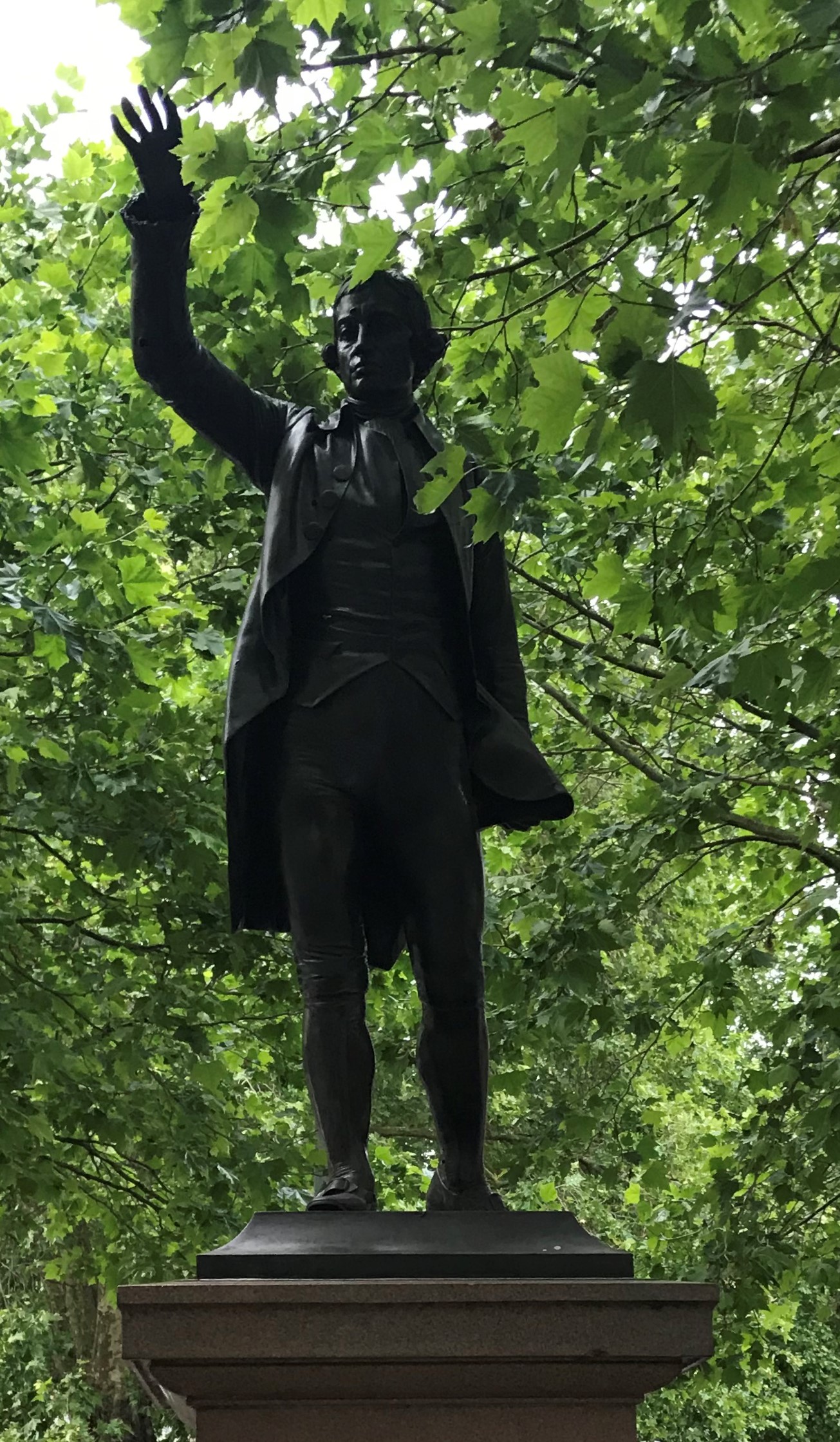 This statue of the Bristol MP from 1774 to 1780 was donated to the city by Sir WH Wills. On its base, a plaque reads: “I wish to be an MP to have my share of doing good and resisting evil.” Born in Ireland, Burke was both a statesman and a philosopher, who famously said that an elected member of parliament should be a representative, not a mere delegate pledged to obey undeviatingly the wishes of his constituents. 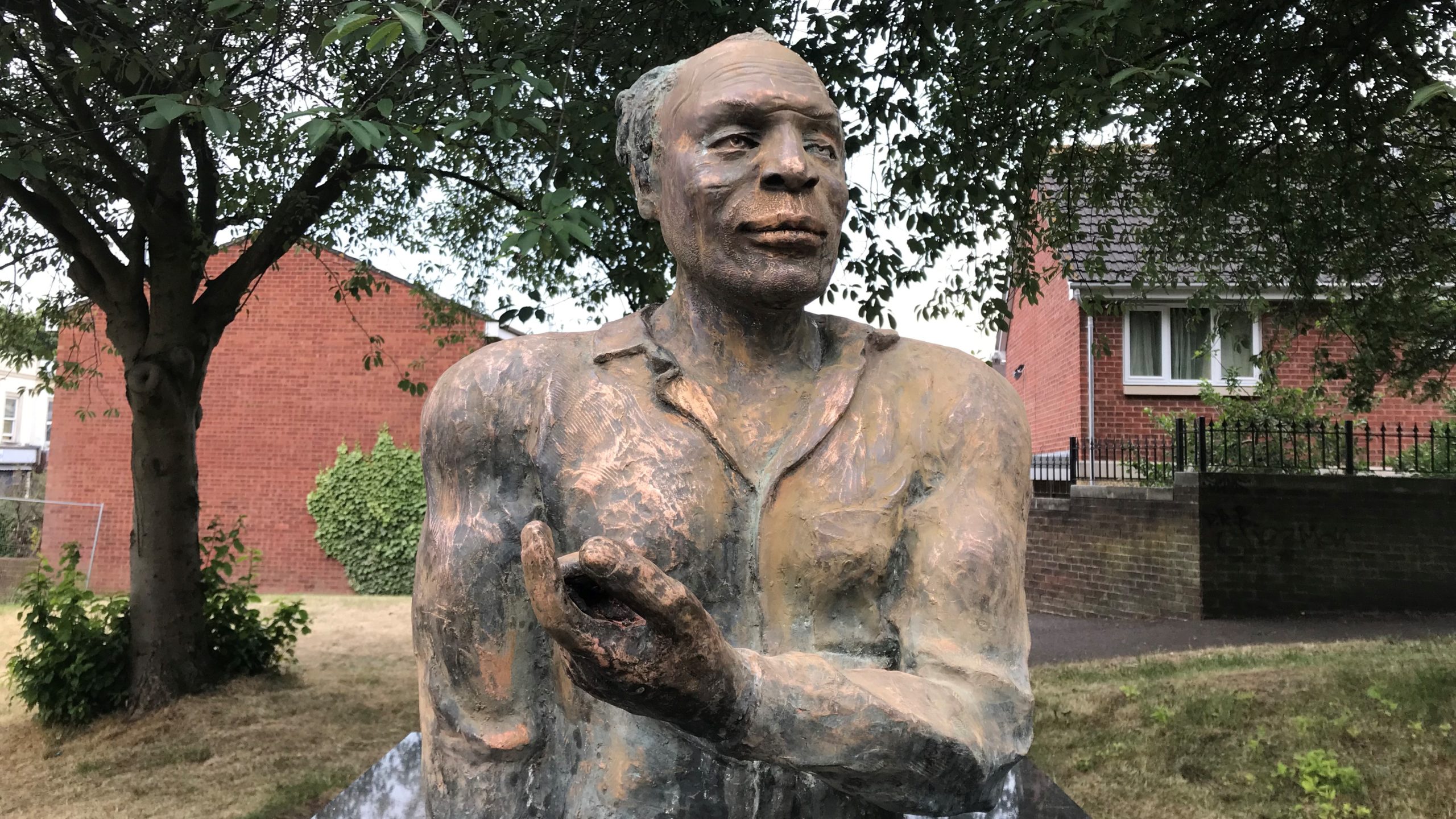 It remains unclear whether this statue of the Jamaican-born playwright, poet and actor was recently vandalised or whether it was a restoration attempt which went disastrously wrong. The bust in Grosvenor Park triangle in the centre of St Paul’s remains the only statue in Bristol which remembers a black person. It was unveiled in 1987 on the one-year anniversary of his death in mysterious circumstances in London. 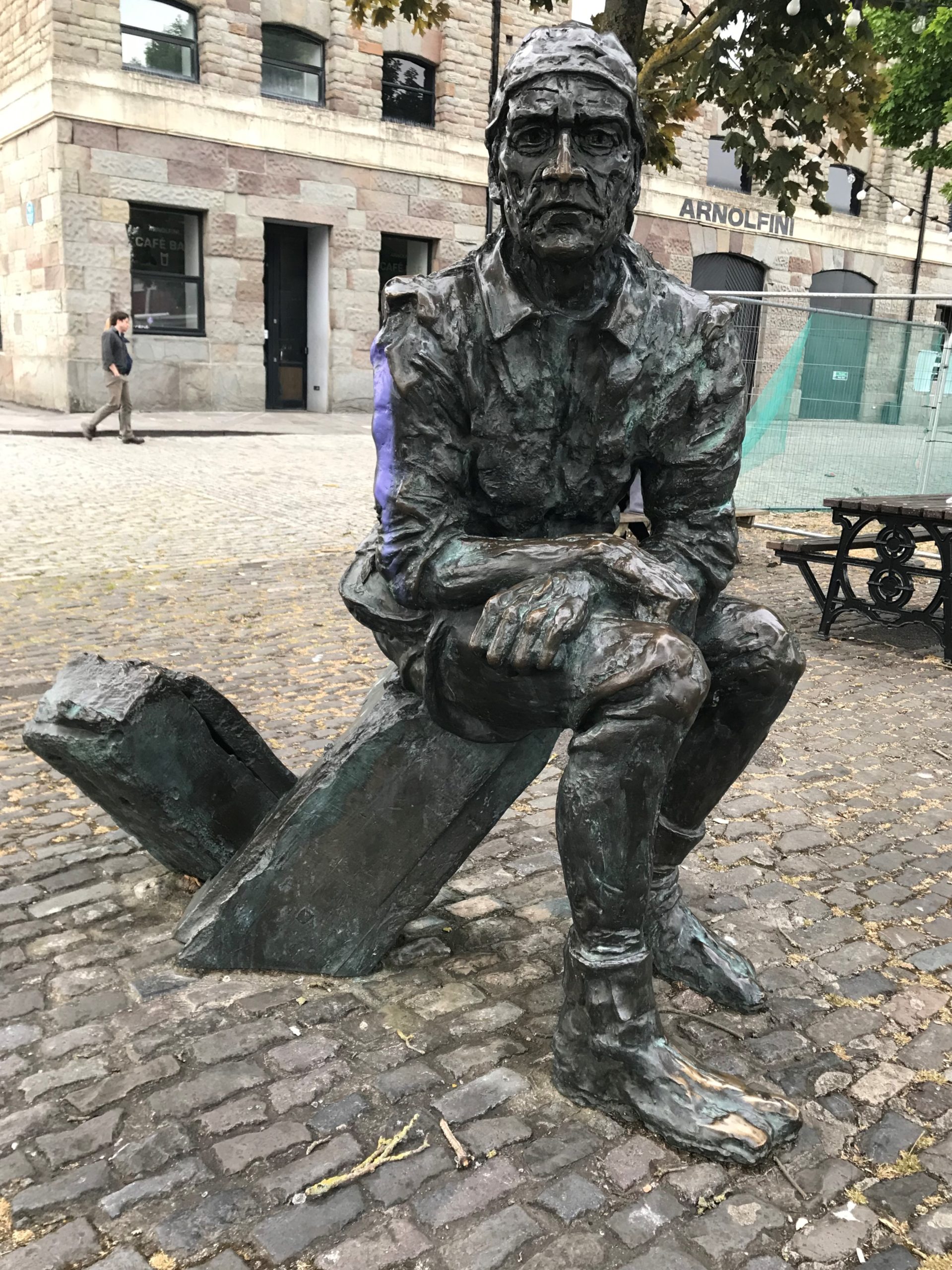 All Bristolians will know that it was John Cabot who first discovered America, and not Christopher Columbus – whose statues across the USA and Canada are currently being targeted due to the explorer’s treatment of the Indigenous communities he encountered and for his role in the violent colonisation at their expense. This statue of Cabot outside the Arnolfini, made by Stephen Joyce in 1985, shows him gazing over the city’s docks from where he set sail to Newfoundland in 1497. 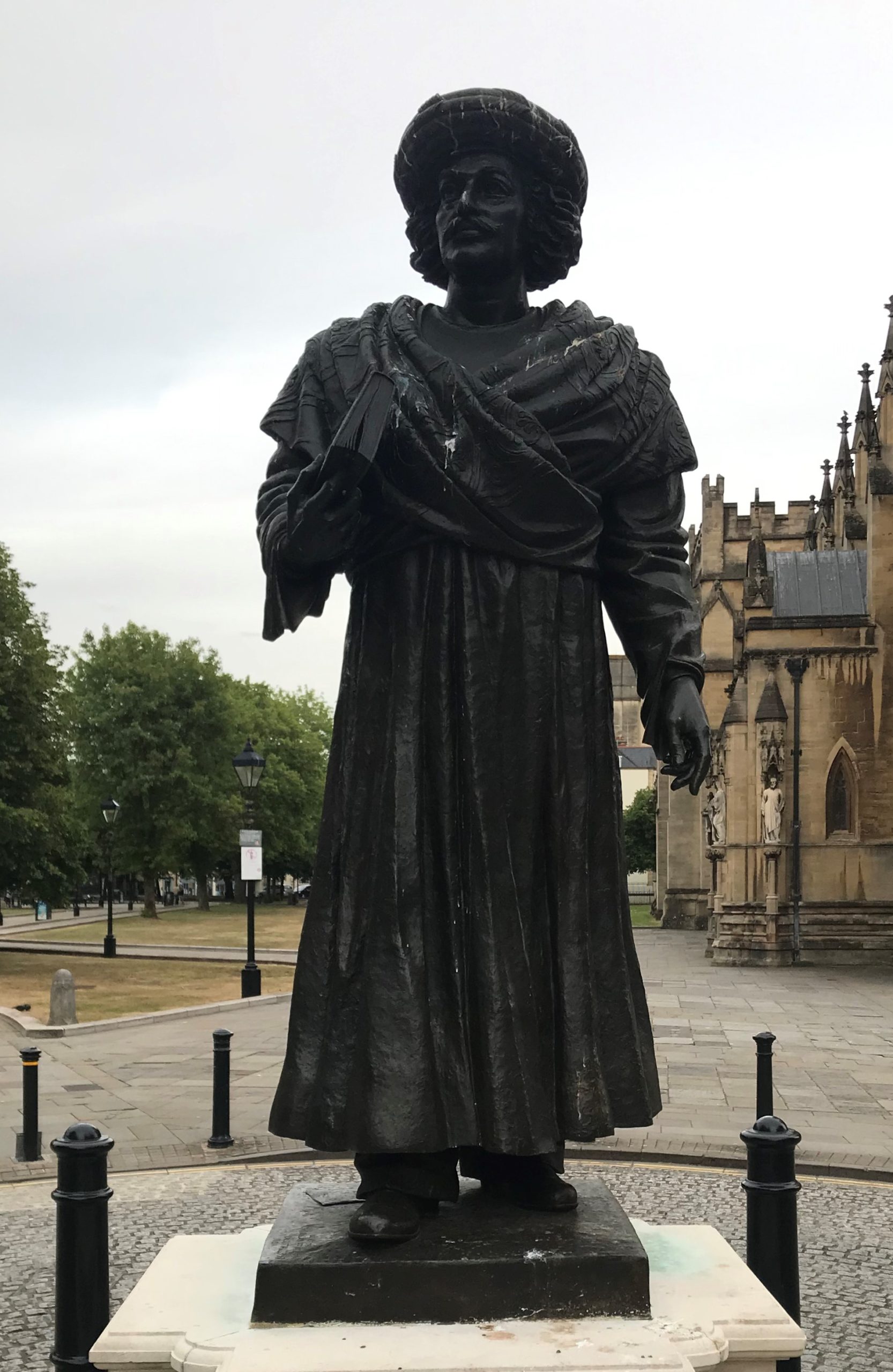 Often referred to as the “father of modern India”, Raja Ram Mohan Roy came to the UK from his home country as ambassador for his Mughal emperor and visited Bristol after being invited from a minister at Lewin’s Mead Chapel. He died suddenly in Stapleton in 1883 and is buried in Arnos Vale Cemetery. His statue between Central Library and College Green was unveiled in 1997.

Horfield-born Cary Grant was one of classic Hollywood’s most well-known actors, starring in films including His Girl Friday and North By Northwest. Young Archibald Leach was a pupil at Bishop Road Primary School and the former Fairfield Grammar School, and worked as a callboy at the Hippodrome before moving to the USA as a travelling acrobat. His statue in Millennium Square was unveiled in 2001 by his widow, Barbara Jaynes. 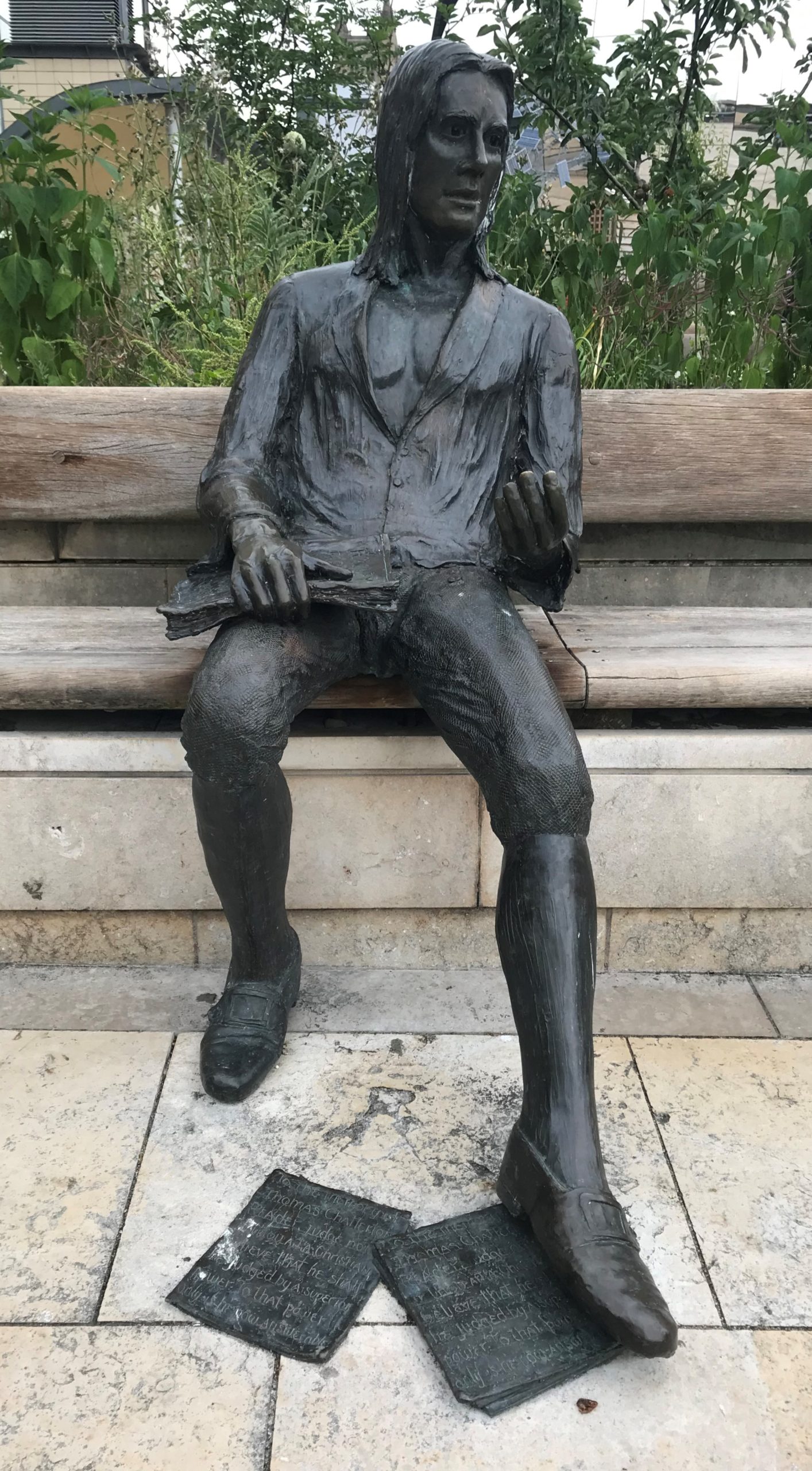 Writer and poet Chatterton died after taking arsenic in London at the age of just 17. Appreciation from his peers eluded him in life, but he found posthumous fame with tributes from Coleridge, Wordsworth, Shelley and Keats. This statue in Millennium Square replaces a previous work erected in 1838 that used to be located outside St Mary Redcliffe church. 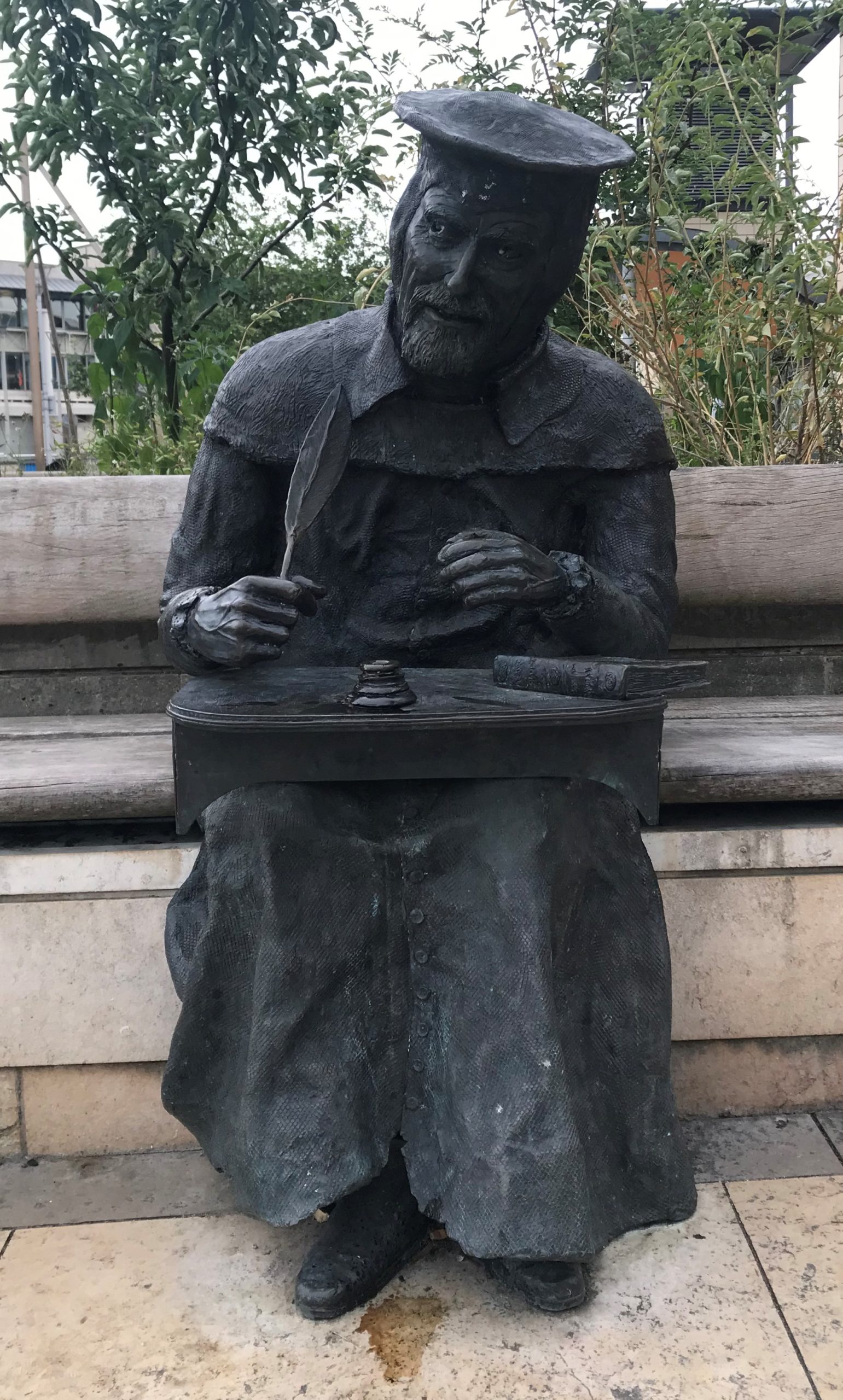 A scholar and leading figure in the Protestant Reformation, a statue of Gloucestershire-born William Tynsdale sits on a bench in Millennium Square close to the statue of Chatterton. The sculpture shows Tyndale working on his translation of the New Testament. Condemned as a heretic, Tyndale was strangled and burned outside Brussels in 1536. 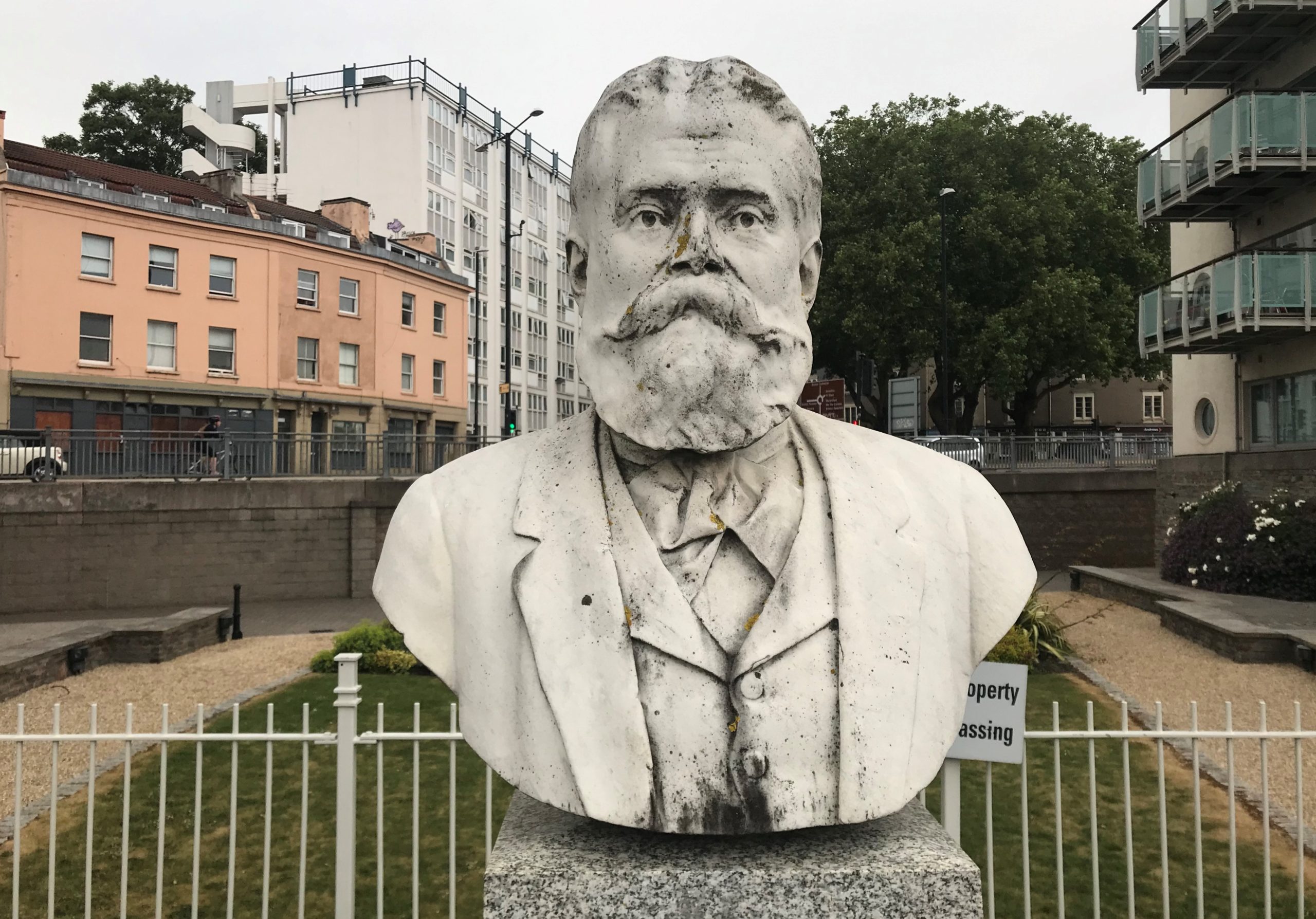 Plimsoll, born on Colston Parade in Redcliffe, was a Victorian politician and social reformer who dedicated himself to achieving greater safety for seamen. Known as the ‘sailors’ friend’, his name was given to a line on the side of a ship indicating the maximum depth to which that ship may be legally loaded. His bust in Bristol is on the other side of the Floating Harbour from the SS Great Britain. Another bust of Plimsoll is located on the Victoria Embankment in Westminster.