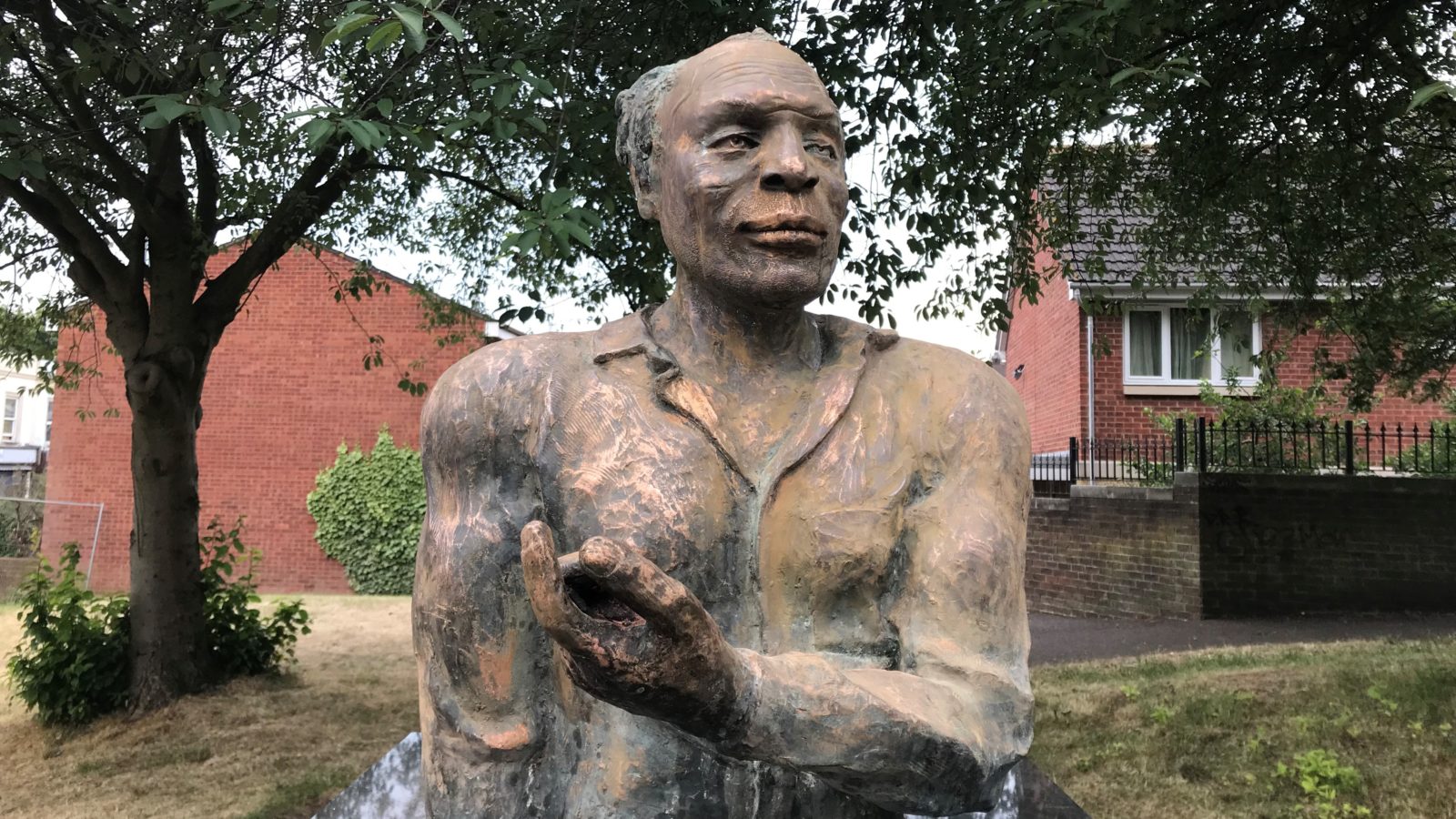 When he died in mysterious circumstances in 1986, Alfred Fagon’s sister said that she hoped “no other black man” would ever share his fate.

He was said by the Met Police to have had a heart attack while out jogging in London, but those who remember the always smartly dressed Fagon find it hard to believe how the police “mistook him for a vagrant” – their excuse for not contacting his family until three weeks after his death, during which time his body had been cremated.

The bronze statue of the actor, playwright and poet on the corner of Grosvenor Road and Ashley Road was unveiled in August 1987 exactly one year after his premature death.

Police are now investigating after receiving reports that the bust – which remains the only statue in Bristol in memory of a black person – had been covered in what appears to be a corrosive substance. 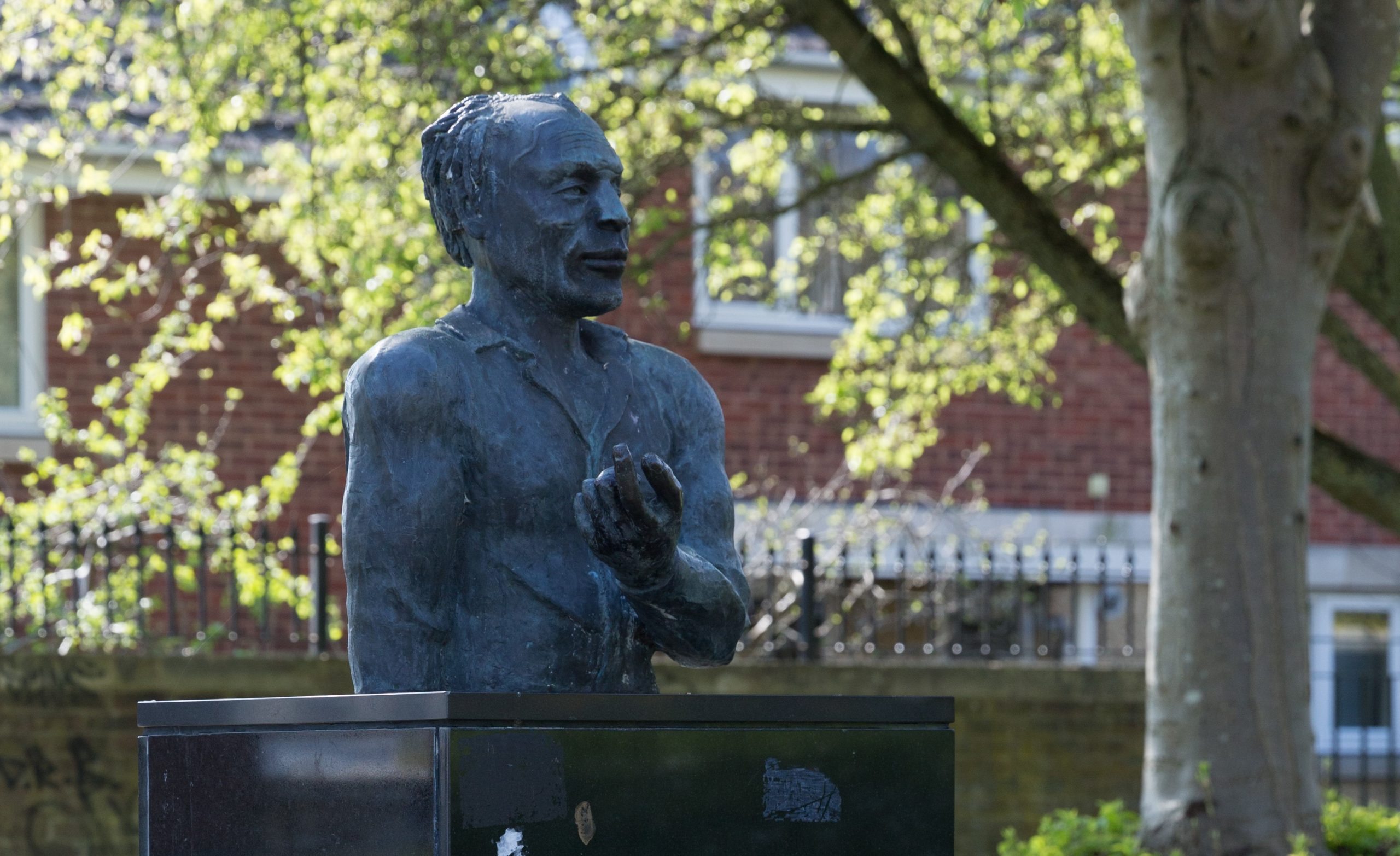 Fagon’s sister-in-law, Judy Malone-Fagon, said if it the attack on the statue was vandalism, it was “ignorant and idiotic”.

“It’s the only statue to a black person in Bristol, who would do something like that?” she told BBC News.

“It’s shocking. Alfred didn’t do anything to anyone but he would definitely have laughed at it, he was so much bigger and better than that.”

Anton Phillips, an actor and friend of Mr Fagon, said following the “dumping” of the Colston statue it “doesn’t surprise me”.

“My memory of Alfred is he quite liked to laugh at things,” he said. “So I don’t think he would have been angry, he would have laughed his head off about the absurdity of it and might have written something about it.”

Alfred Fagon’s statue was unveiled in 1987 on the first anniversary of his death – photo: Venue magazine

Fagon was born in Jamaica, emigrated to England as a young man and lived in Bristol for many years.

He died of a heart attack while jogging in London aged 49 and despite his diary and passport being in his room, the police could not find any family contacts so he was given a pauper’s funeral.

It was three weeks before his family knew what happened and a Friends of Fagon Committee was swiftly set up to decide how to remember him. In 1987, on the first anniversary of his death, the bronze bust by David Mutasa was unveiled in St Paul’s.

He said at the time: “It is hoped that the statue will inspire young people of all backgrounds to read and learn about Alfred’s work and add to the artistic and cultural richness of the St Paul’s community, and Bristol at large.”