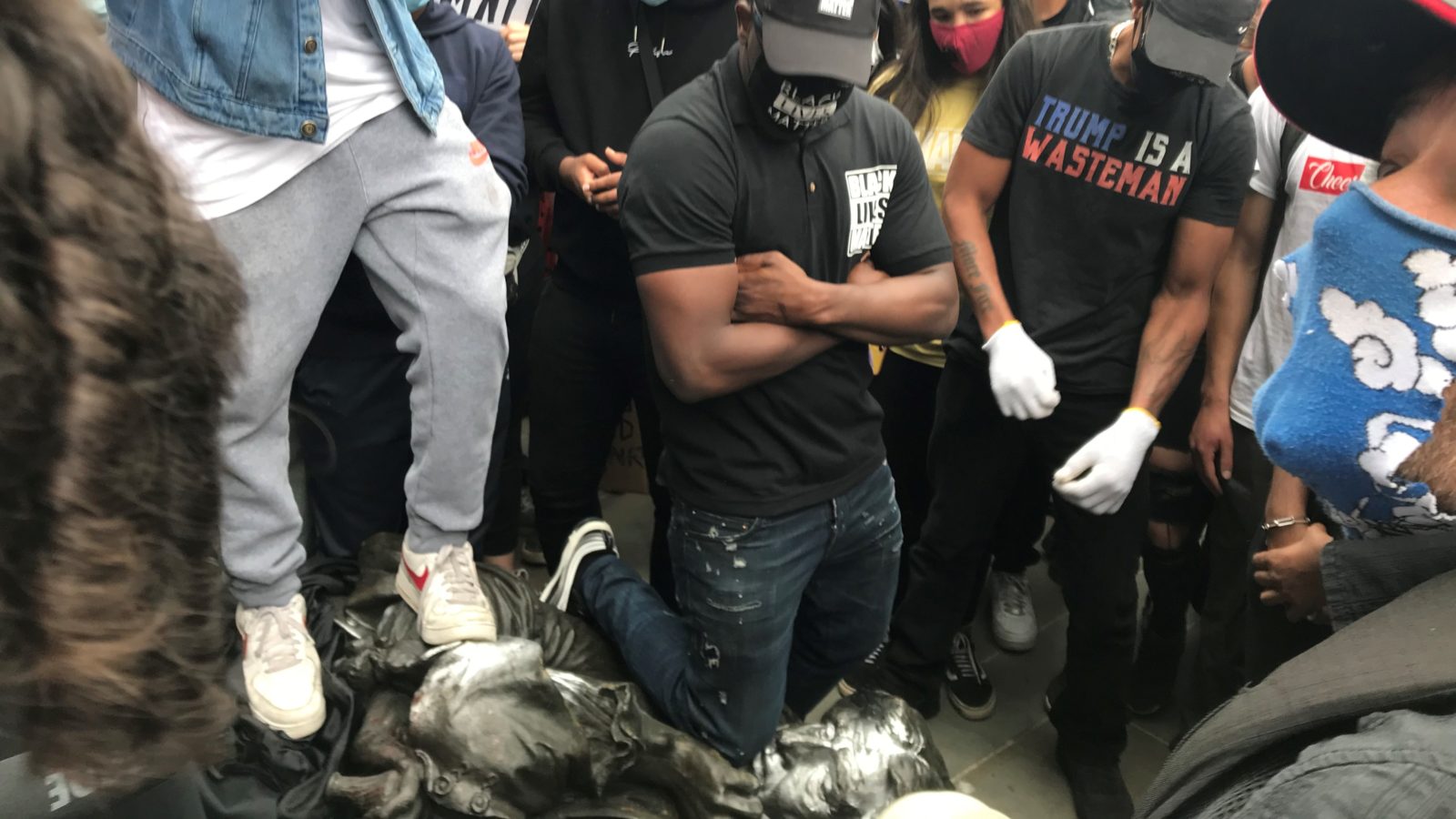 It had stood on the centre since Victorian times but was removed in just a few seconds, pulled down by protesters in front of cheering crowds.

On the plinth where Edward Colston’s statue used to be, speeches took place; with one man dancing for joy where the slave trader once looked down upon Bristol.

Protesters then rolled the statue to the city’s docks, pushing it into the water close to Pero’s Bridge – a bridge that is named after a slave.

Edward Colston statue pulled down by BLM protesters in Bristol. Colston was a 17th century slave trader who has numerous landmarks named after him in Bristol. #BlackLivesMattters #blmbristol #ukprotests pic.twitter.com/JEwk3qKJx2

The removal of the statue came as thousands of people took part in a Black Lives Matter march which started on College Green.

The march’s route took protesters by the statue of Colston that for generations has been seen by many people across Bristol as a sickening memorial to his ill-gotten deeds.

For others, however, Colston was a generous philanthropist; a man of his time who should not be judged by today’s moral standards.

Whatever the intricacies of the debate, it is now irrelevant. The statue of Edward Colston no longer looks down upon our proud city and now lies underwater.