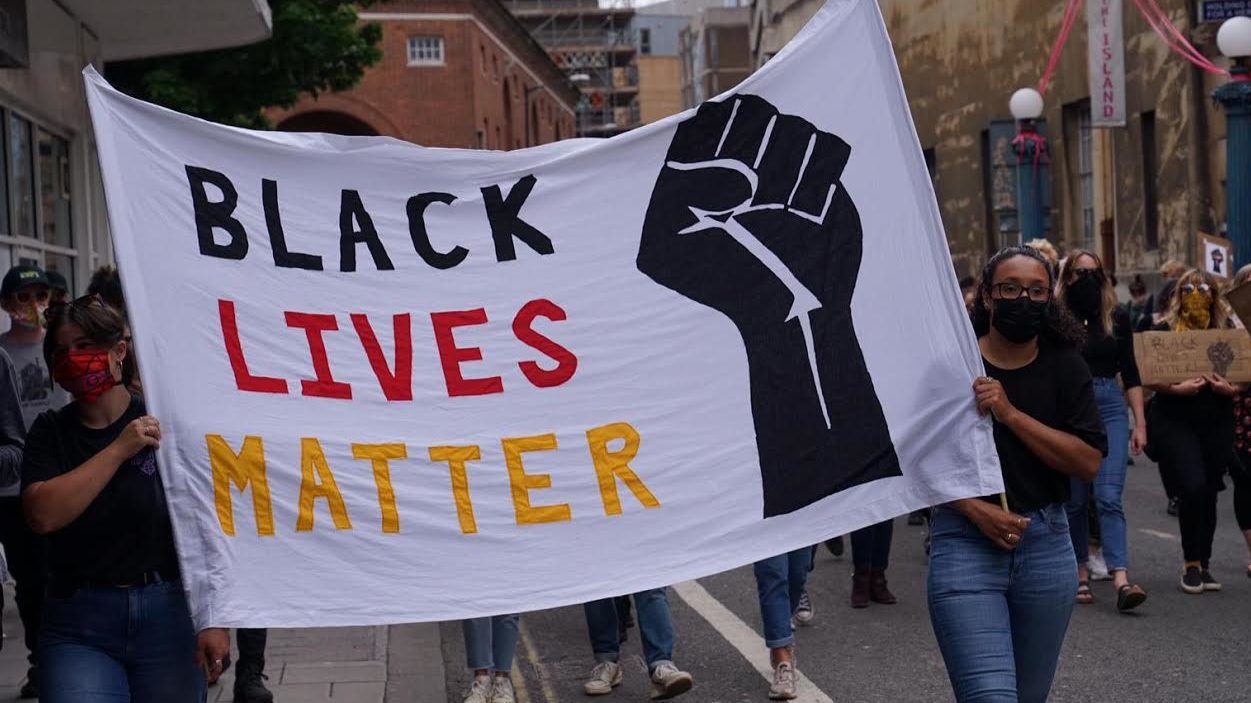 It was a day of raw emotion as people came together to remember George Floyd and others who have needlessly lost their lives.

An estimated 10,000 turned out for the Black Lives Matter protest that started on College Green before making its way through the city centre, with still more joining in solidarity from their homes, posting their support on social media.

“People on top count on our silence to keep the status quo,” said one in a series of speakers who took to the podium in front of City Hall to address a crowd that spilt onto Park Street and beyond.

The peaceful demonstration was one of several taking place across the globe following the death of George Floyd at the hands of a white police officer in Minneapolis on May 25. Protesters donned PPE and turned out with homemade placards to take a stand against racism and inequality.

It also marked a historic moment for Bristol as the statue of notorious slave trader Edward Colston was toppled from its plinth before being rolled to the harbourside and chucked into the water by Pero’s Bridge – a bridge that is named after a slave.

Historic scenes in Bristol as protesters kneel on the neck of the toppled statue of Edward Colston for eight minutes. #blacklivesmatter pic.twitter.com/MrNCoKiEd1

On College Green, rousing cheers documented the speeches ahead of the march and then silence fell for a full eight minutes as people stood or took a knee to remember those who have lost their lives. The only sound documenting the sombre moment was the names of those who have died being read out. 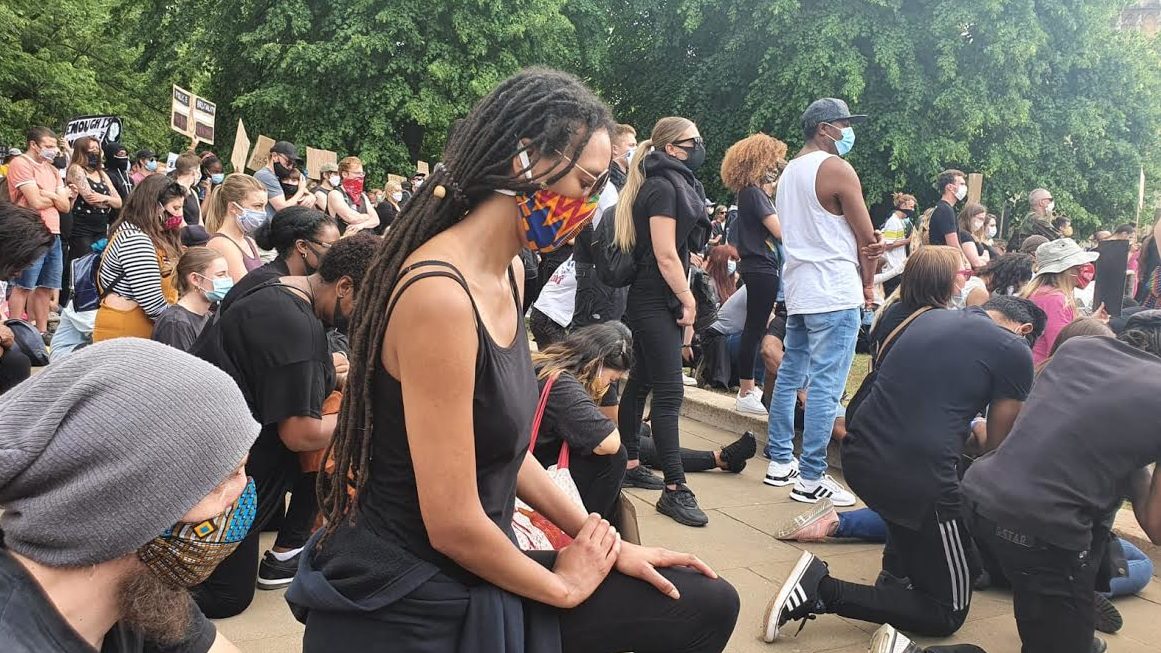 The bell chimes of Bristol Cathedral marked the start of the march, which wound its way from College Green, through the city centre and on to Castle Park. Chants of “black lives matter” and “no justice, no peace” could be heard ringing out across the city streets.

As crowds gathered in Castle Park, more people took it in turns to address the protesters gathered.

For many, the fight against racism and injustice has taken a lifetime. “I’m tired,” said one of the speakers. “White people do not know black people’s trauma.”

Thousands marched through the streets of Bristol – photo by Phil Riley 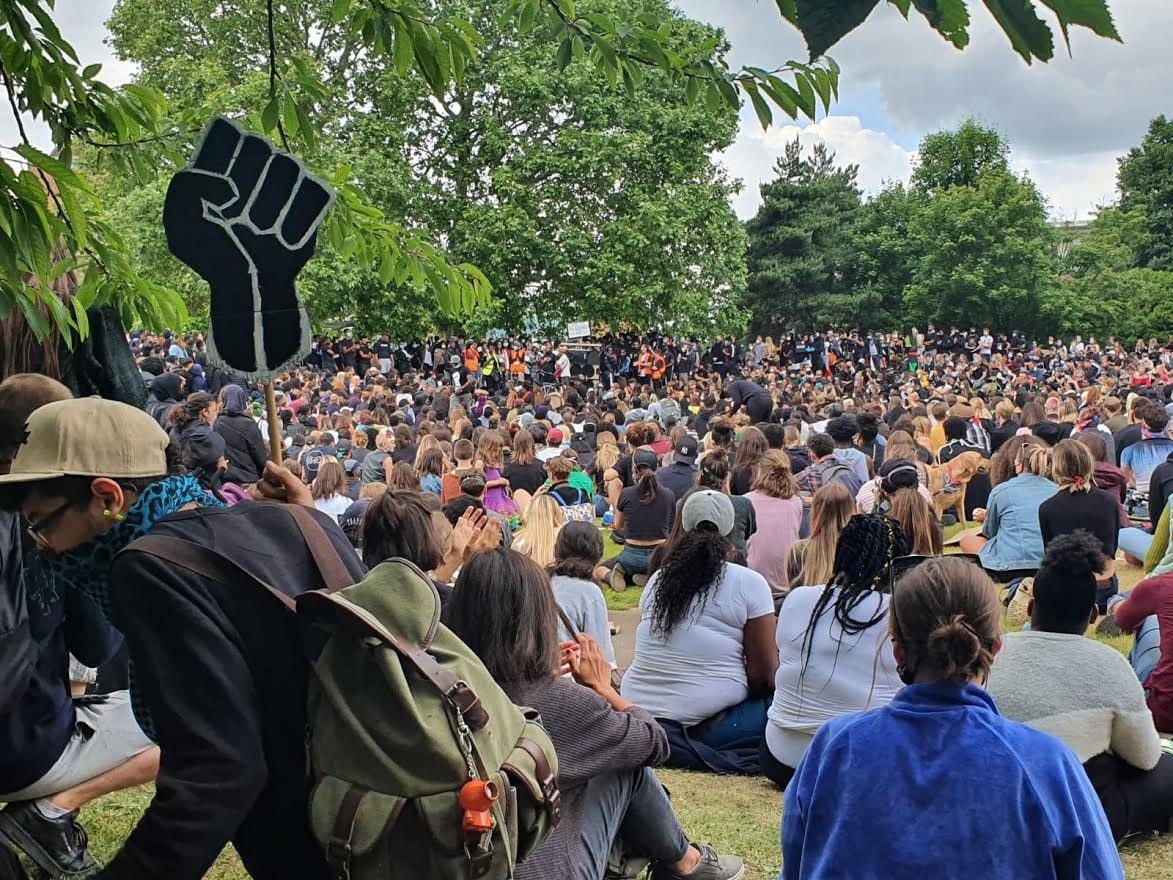 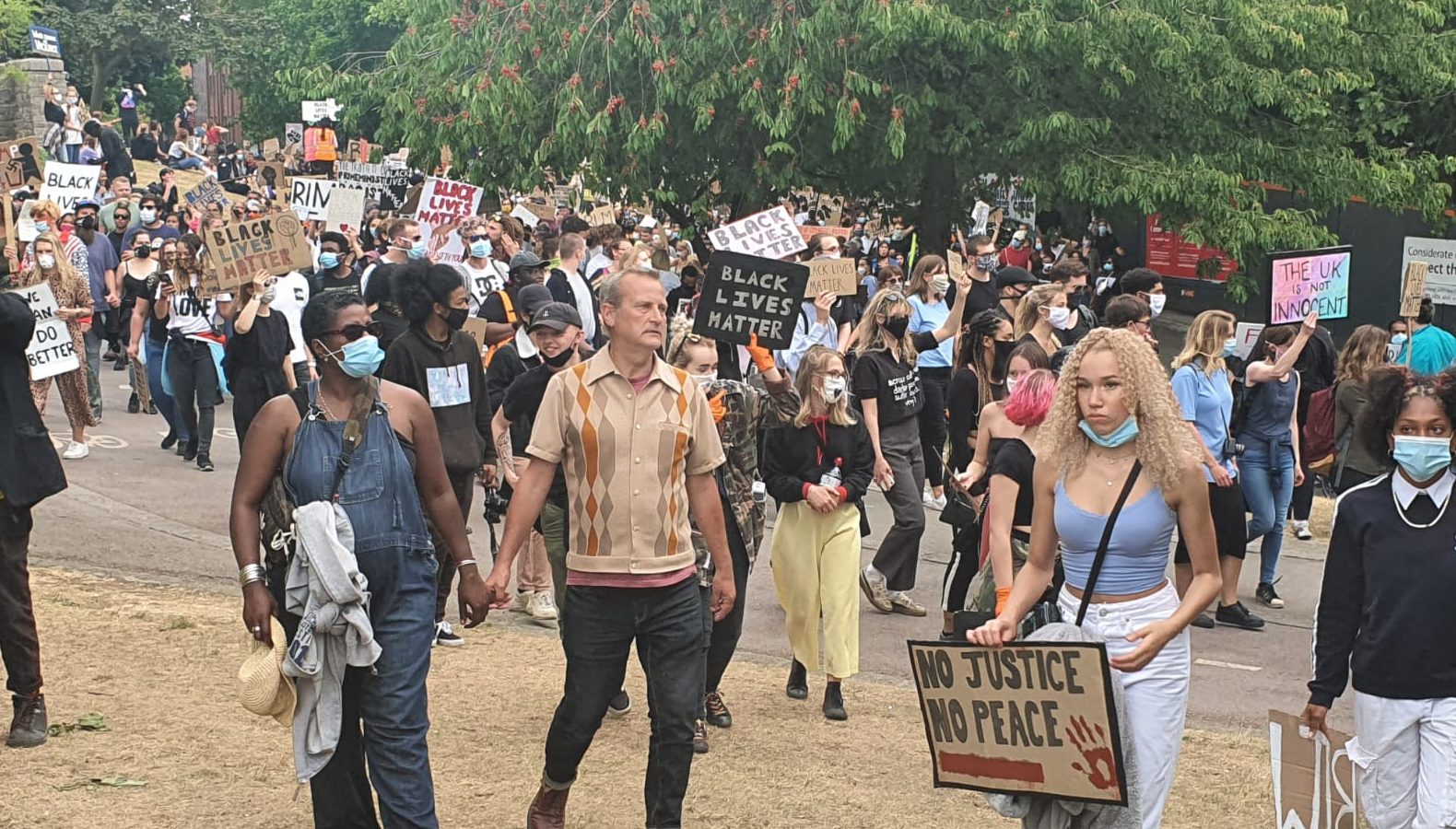 It was a day of raw emotion – photo by Ellie Pipe

In a statement after the protest, organiser Yvonne Muringi wrote: “Thank you so much to everyone that gave a hand. We left the area clean I’m insanely happy and overwhelmed. “We’re on the right side of history.”

Police thanked organisers for their efforts to encourage demonstrators to follow government guidelines.

Superintendent Andy Bennett said: “The vast majority of those who came to voice their concerns about racial inequality and injustice did so peacefully and respectfully.

“Keeping the public safe was our greatest priority and thankfully there were no instances of disorder and no arrests were made.”

He said police will be seeking those involved with pulling down the statue and an investigation will be launched.