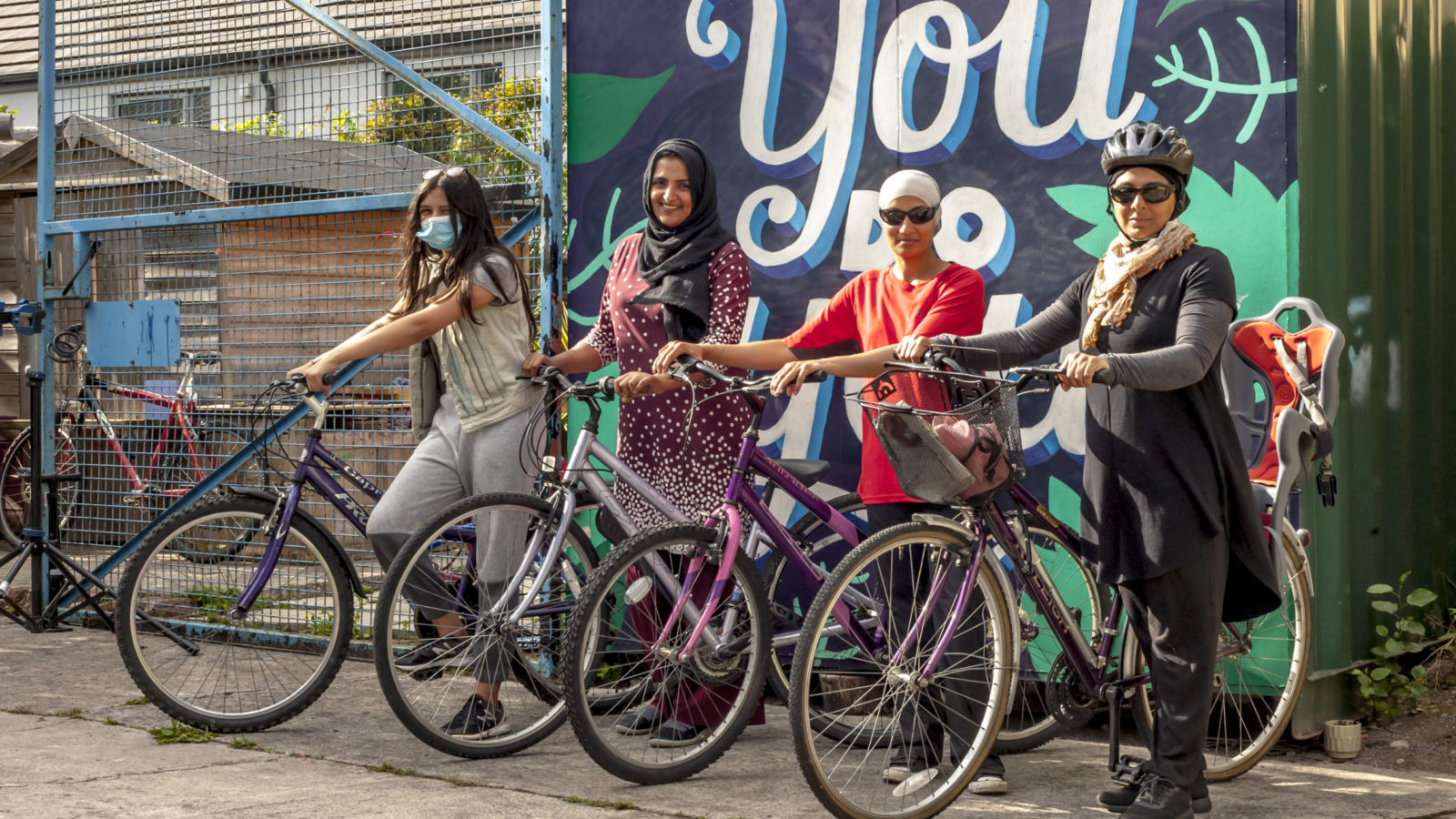 A seed of an idea has grown into a thriving project for a group of women who refuse to let barriers stop them cycling.

It was during a conversation with friends that Aumairah Hassan mentioned she would like to get back on a bike after many years of not riding. She decided to put the word out on a couple of WhatsApp groups to see if there might be interest from other women and was overwhelmed by the response.

The Easton resident and member of Bristol Muslim Cultural Society, together with others keen to take up cycling, formed a support group for women, particularly those who may face cultural or religious barriers to cycling.

Cycling Sisters now has around 17 members and is running sessions for women who want to learn to cycle for the first time and group rides for those who can already ride. 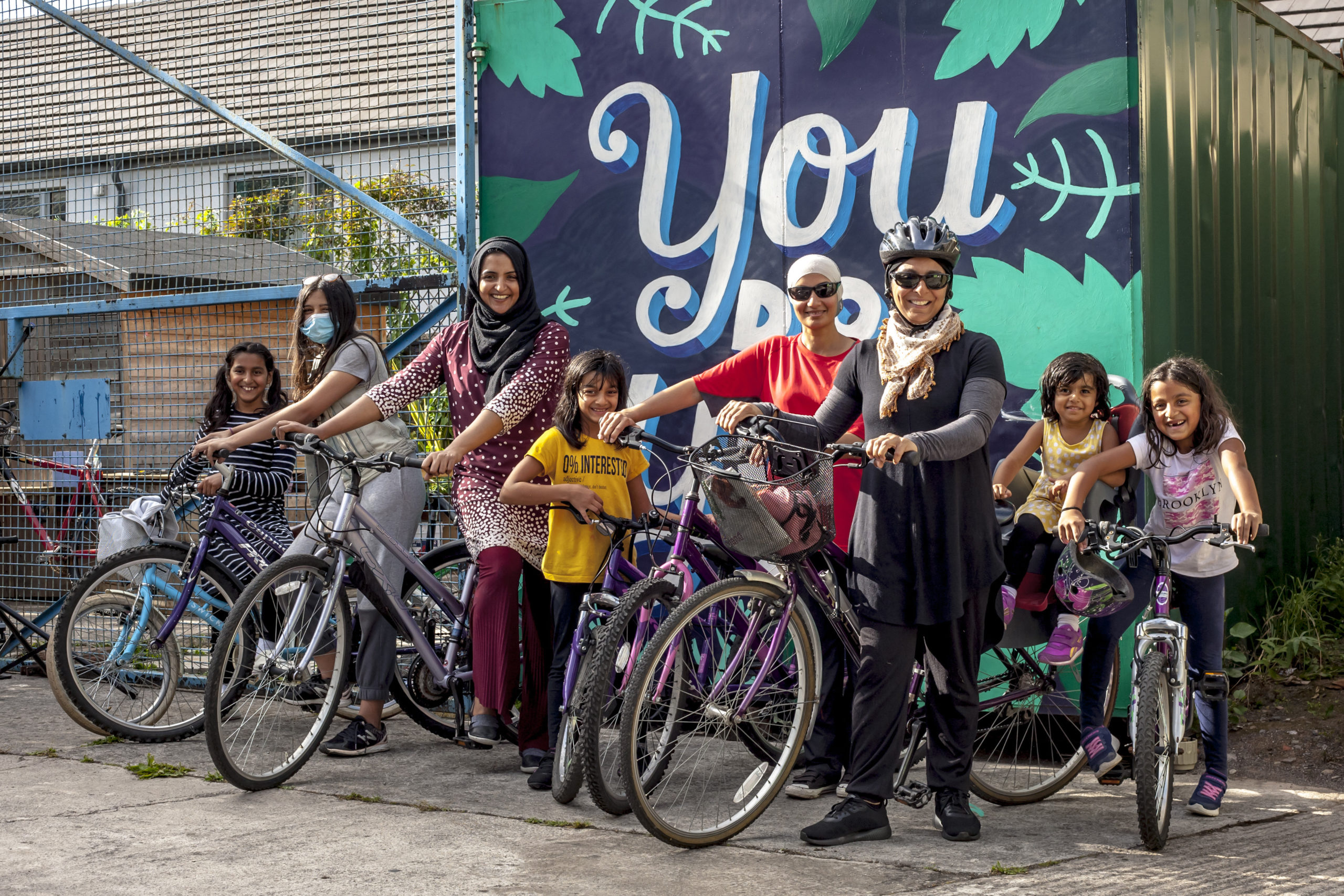 For keen cyclist Sheyla Mañana, the group has been a breakthrough in terms of encouraging other women to join her in getting on a bike.

“I was both excited and surprised when I saw someone talking about women cycling because of all the Muslim women I know, only one cycles,” she says.

“It’s such an easy thing to do once you are on a bike but it’s giving that space to enable women to give it a go. One of the amazing things is that we have that group support and get to do a fun activity that is basically free, as well as good for fitness.

“It opens up so many things, that’s why I won’t let anyone stop us doing something so simple.”

Sheyla (who did not want to be pictured) says she does feel like she stands out when she is on a bike and has faced some negative comments but refuses to let it put her off.

“You do have a level of confidence when you’re doing something that maybe others are not doing,” she says, adding that the more women who take up cycling, regardless of their religion or clothing, the more it will be seen as normal.

A recent report by Sustrans and Arup highlighted how the needs of many have been ignored for too long when it comes to city planning and infrastructure. It calls for a new approach to make cycling more inclusive, but rather than waiting for widespread change, Aumairah decided to take action herself.

Cycling Sisters has the support of Baggator, a social enterprise based in The Pickle Factory on All Hallows Road that has a bike club and helps with space, storage and bike maintenance. Easton-based businesses Pak Butchers and Sweet Mart have both helped by buying second-hand bikes for members to learn on.

Explaining why Cycling Sisters is encouraging more women to take up cycling, Aumairah says: “It’s creating a safe space. Baggator is good because they have a yard, which was empty and space for five women to come and learn to ride a bike.”

Reflecting on some of the barriers faced, she continues: “For some, there’s embarrassment that they don’t know how to ride a bike. Many people have not ridden for a long time but they want to get back into it. It’s simple things like for some women who wear longer garments, they find a bike with a chain guard more appropriate.”

As well as the benefits of cycling in improving health, wellbeing and connectivity, taking up riding is also enabling some of the women to participate in family bike rides they previously felt excluded from.

Aumairah is keen to get the message out about the free support group among women who currently face barriers to cycling.

Baggator also accepts scrap bikes to be upcycled and used.