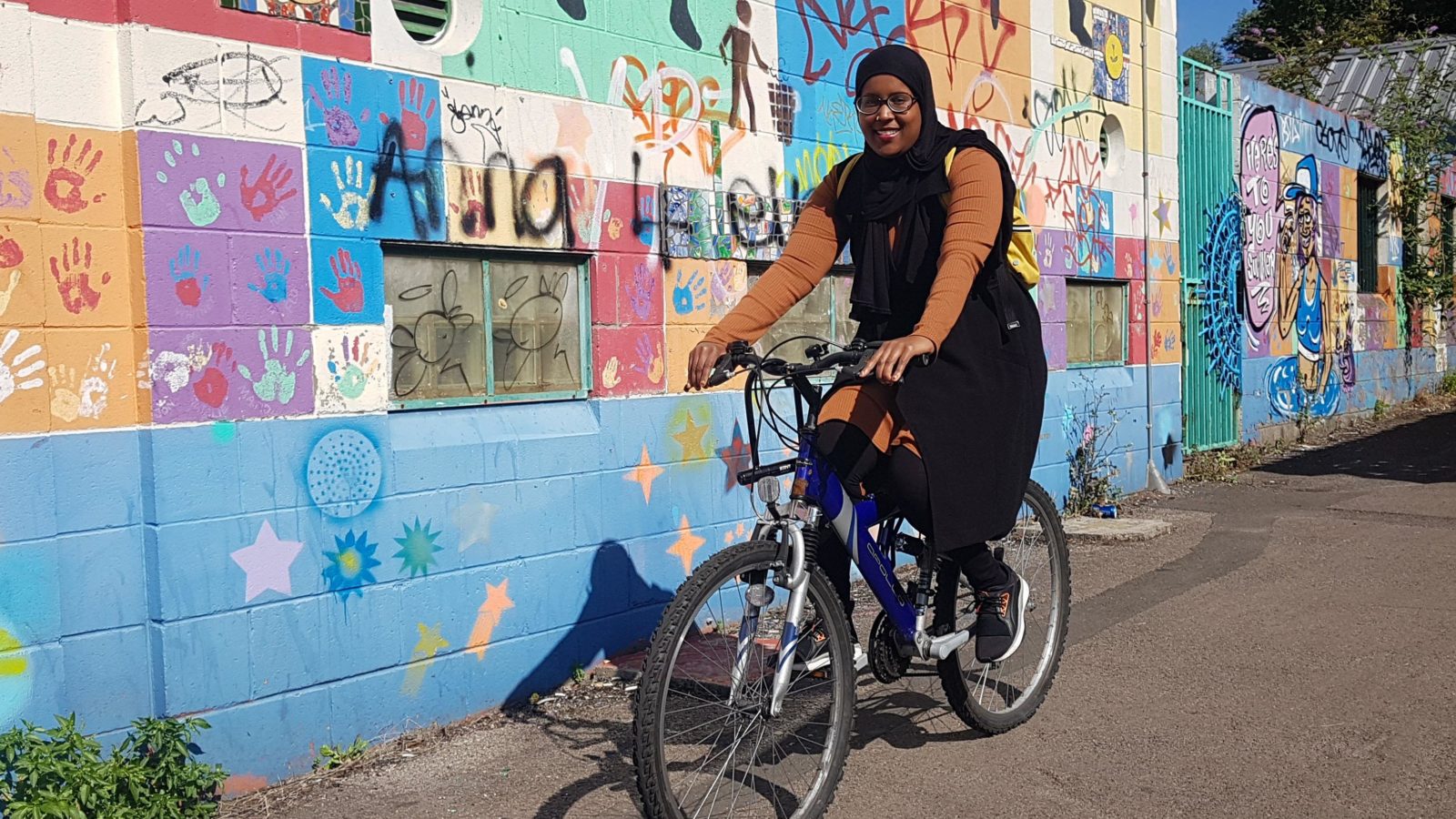 A couple of years ago, cycling wasn’t even on the radar for Abiir Shirdoon – it was something other people did.

Now a qualified cycle instructor, the Easton-based mum-of-four is on a mission to inspire others across Bristol to get on their bikes.

“I had not cycled for around 20 years – since I was around 12 or 13,” explains Abiir, who was first encouraged by her neighbour to join a family group ride, Kidical Mass.

“After I first tried it, I thought ‘why didn’t I do this before?’” she laughs.

Locking up her bike and stopping to talk in the park behind Easton Community Centre, just off the Bristol and Bath Railway path, the cycle instructor for Life Cycle UK admits she had to overcome her fears about cycling in the city. 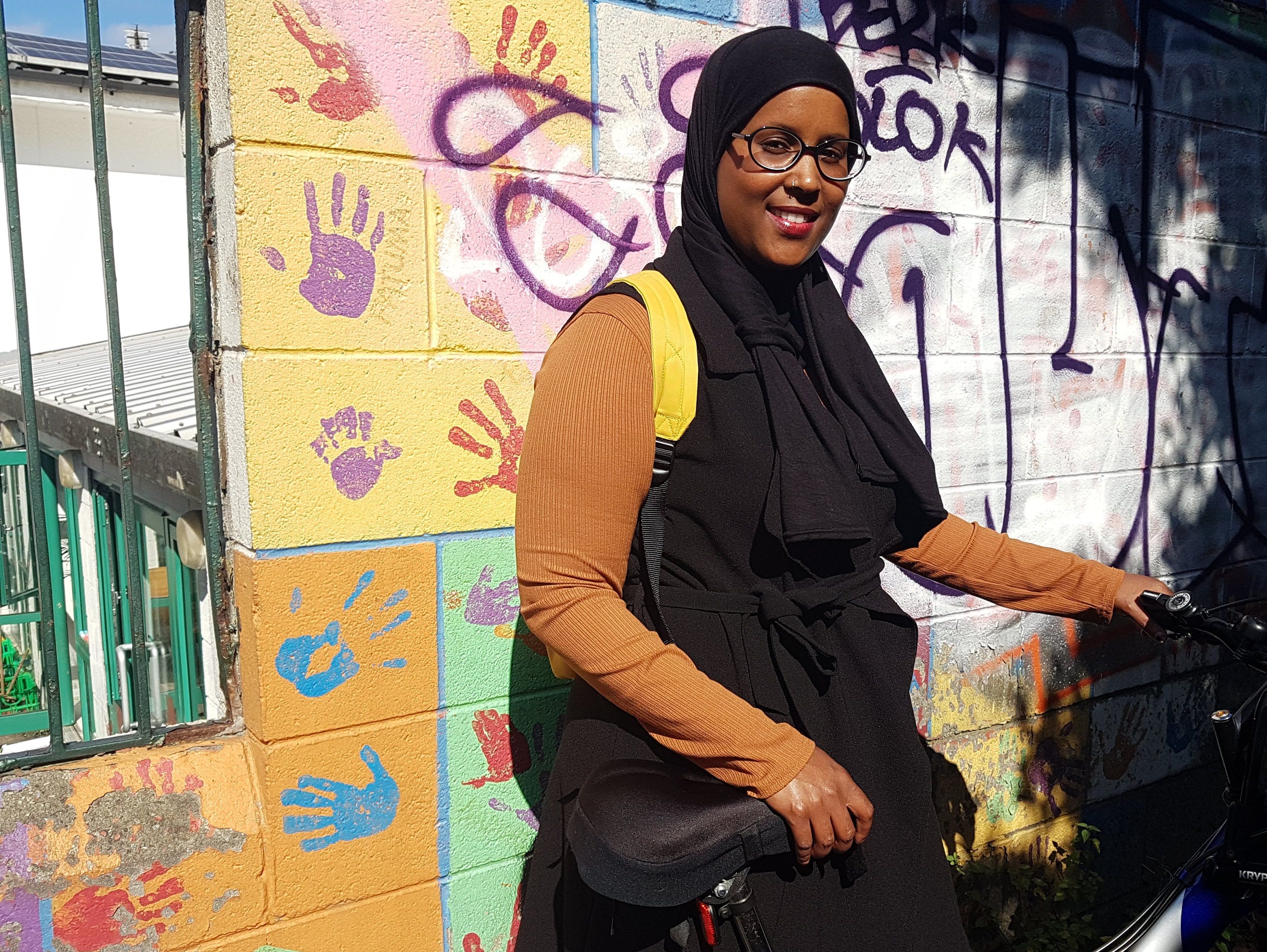 “Before, cycling was not even on my radar – I knew that many women do cycle but thought that’s not for me. Especially when you are in a Muslim community, you don’t see many women cycling,” she says.

“But the barriers I thought I faced were actually only myself. People think we cannot cycle with our clothing, but I do. You just have to make sure it does not get in your chain. Everyone who cycles has to think about what they wear.

“Also, a lot of people think you have to look a certain way and worry ‘are people going to look at me because I’m a woman and I’m different?’ But nobody cares about stuff like that.”

Remembering the moment she first went out on the roads, Abiir tells Bristol24/7: “It was really not easy to overcome my nerves. I picked up by bike from the repair shop and I was so nervous, but having an instructor made it so much easier.

“It took a while getting used to the roads. I do not drive so I didn’t know the rules of the road, I had to learn them.” 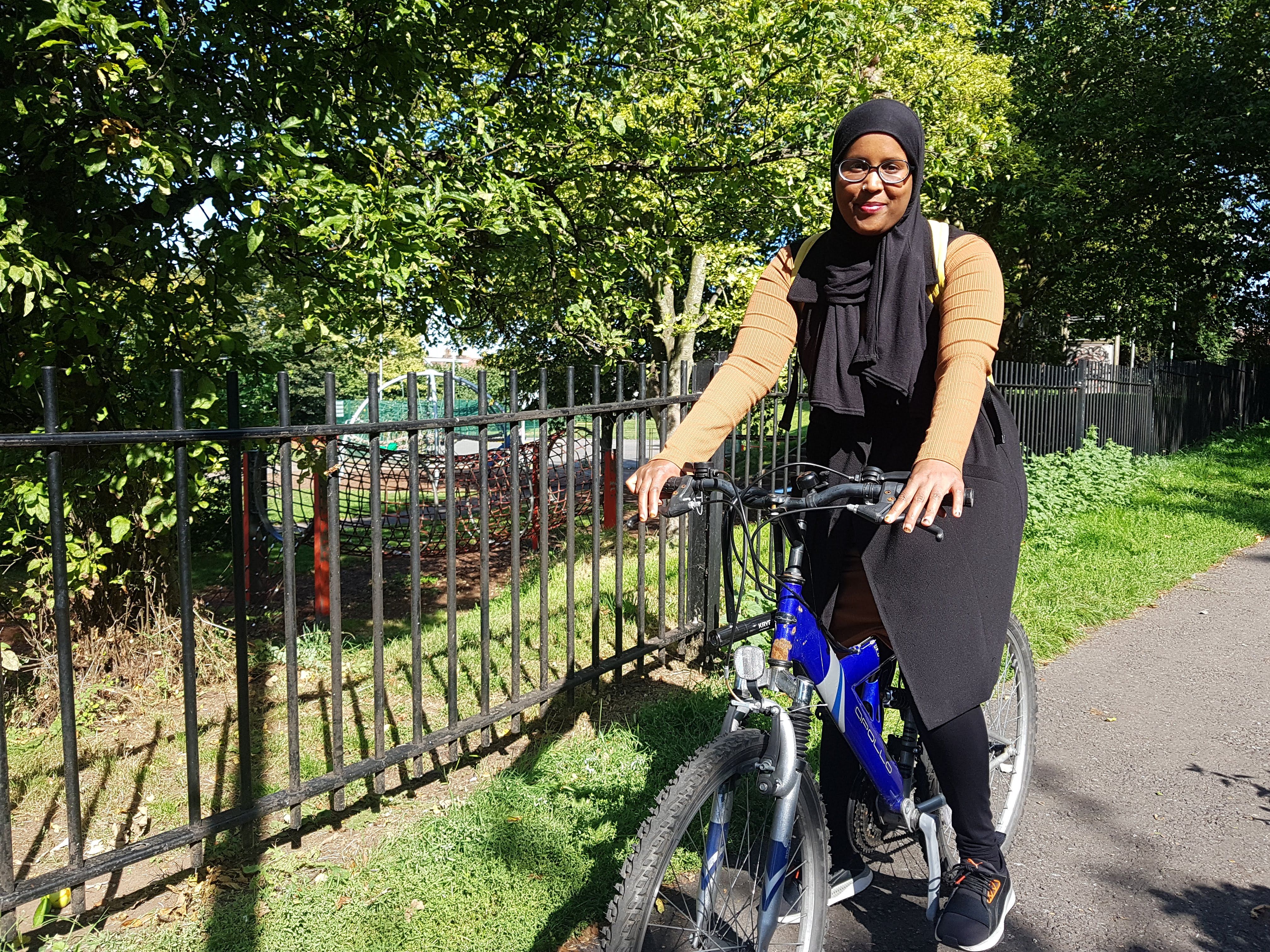 Abiir started out taking a few free lessons to gain confidence. Since training to be an instructor, she leads group rides, holds one-to-one sessions and also goes into schools to teach children about cycle safety. She believes all cyclists should learn the Highway Code and rules of the road.

Abiir says she feels very lucky to live close to the Bristol and Bath Railway Path, meaning she can easily head out of the city and explore the countryside.

“It’s a great way of getting used to cycling long distances and it’s also a plus having no cars,” she tells Bristol24/7, adding that some of the children she takes on group rides have never been on the path before.

“My goal would be to get as many people as possible cycling,” continues Abiir. “Especially women and teenagers – we need to keep them (teenagers) cycling because that’s when everyone stops.

“I love cycling – it’s like being a child again. Cycling is such an amazing way of staying physically active and it’s good for the environment too. It boosts your confidence.

“I have recently got three of my children cycling and they all love it. The youngest goes on the back.”

Abiir admits some of her friends thought she was crazy when she first took up cycling but have since been convinced to give it a go.