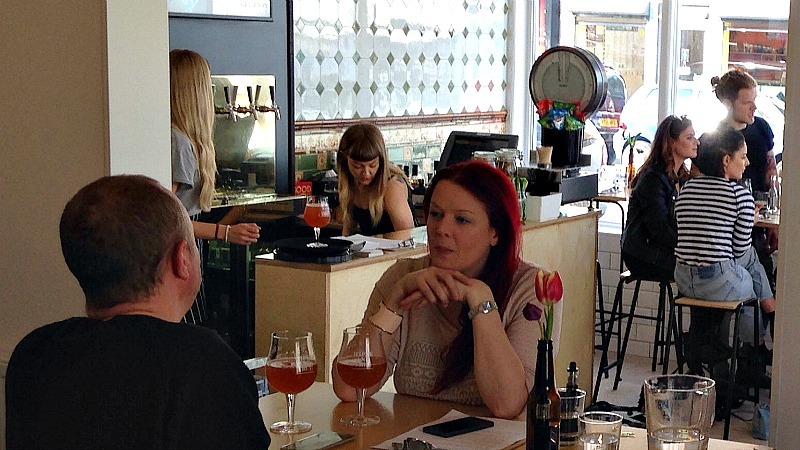 The ‘Craftmaster bowl’ in which all of the beers at The Old Butcher’s are served is available for thirsty customers to buy, with 50 per cent of the sales going to charity.

It’s the contents of this glass which make The Old Butcher’s the most exciting bar to open in Bristol this year and which on its opening weekend saw guests spilling into the pavement outside.

“I’m not looking my best,” one drinker said as her companion nevertheless convinced her to have a photo taken while holding her glass up high, the Wiper & True logo pride of place. 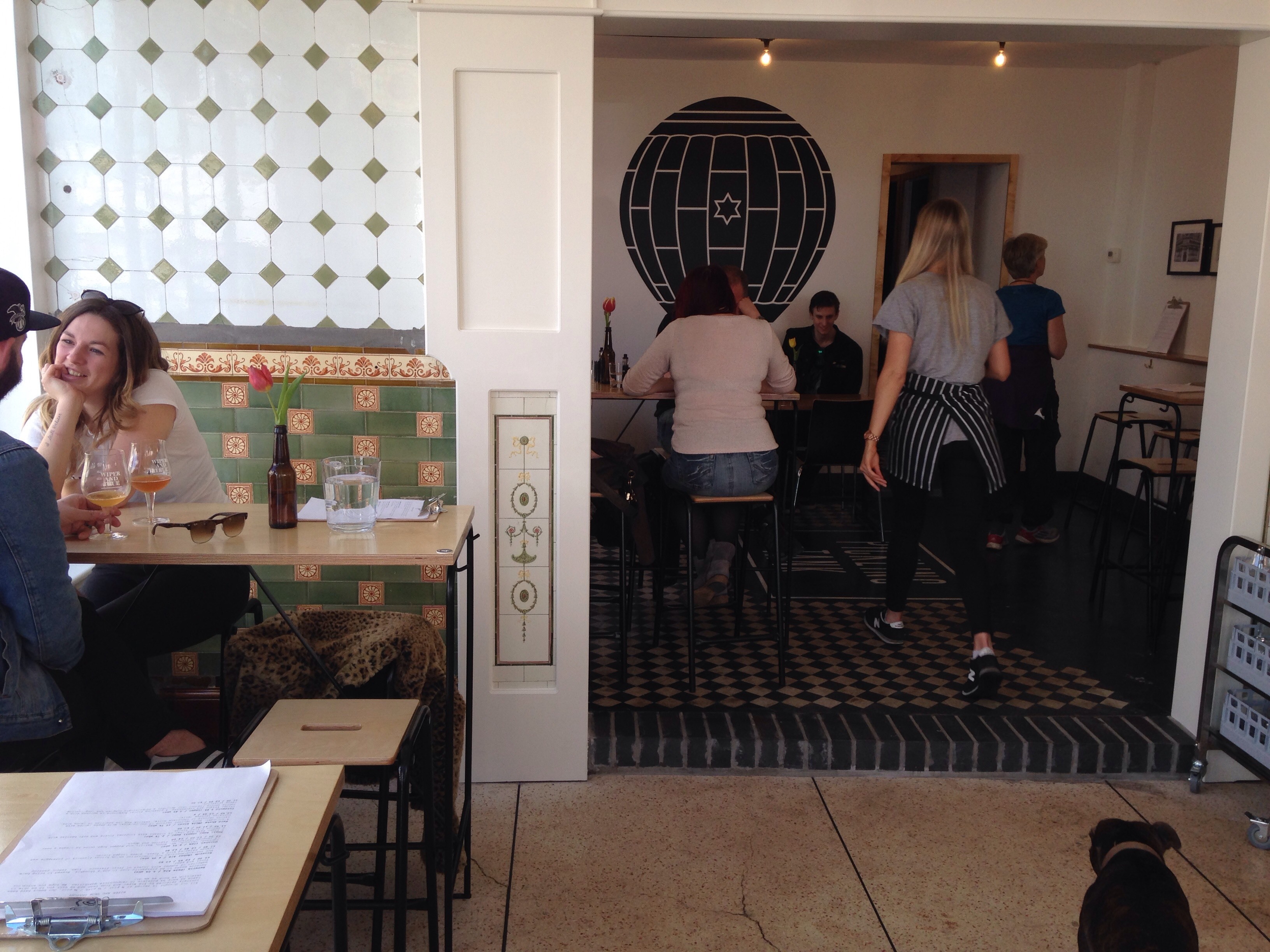 This new North Street bar – in an old butchers, naturally, complete with original tiles on the walls and floor – is a collaboration between St Werburgh’s brewery Wiper & True and the team behind The Old Bookshop just a few doors down.

Since its foundation in 2012, Wiper & True has established itself as not just one of Bristol’s but one of the UK’s most innovative breweries.

At The Old Butcher’s, six of their beers will always be on tap as well as several of their bottles. Alongside these there will be limited edition releases and experimental brews in development – testing potential recipes and new concepts.

The rest of the bottles have been handpicked by Michael Wiper and his brewery team, and over the opening weekend included a fine variety from the UK and across the world including the intriguing 18/05 Farmhouse, a collaboration between London’s Brew By Numbers and Barcelona’s La Pirata, a rye saison aged in Spanish red wine barrels and fermented BBNo’s house saison yeast.

There is also a small selection of wines and spirits, but here it really is all about the beer. 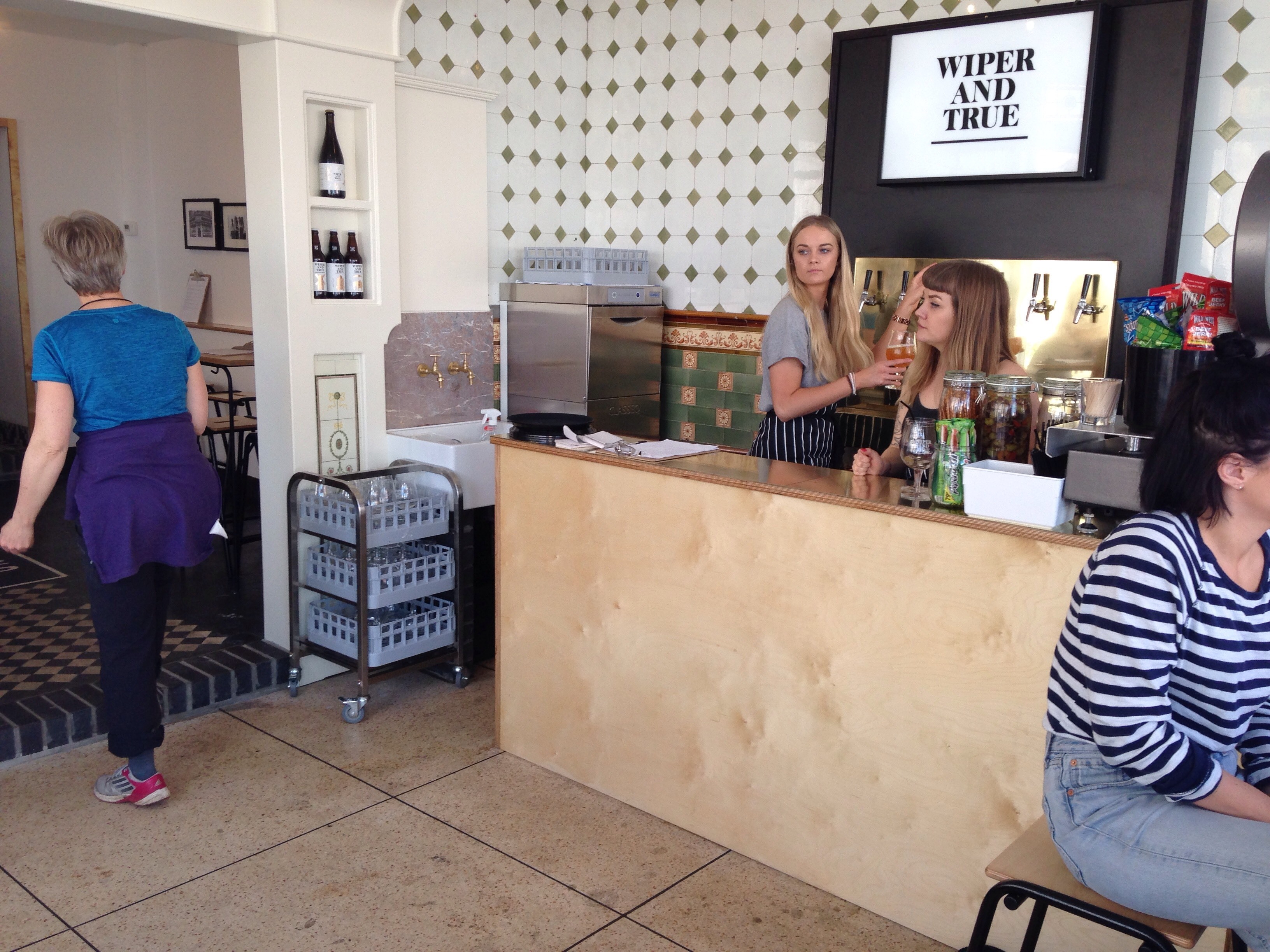 Most drinkers were sticking to the beers on tap on Sunday afternoon, with Wiper & True’s Reverie pale ale, Quintet IPA and Cotswold lager proving particularly popular – all served in the Craftsmaster bowls in a third, half or two-thirds of a pint as a pair of dogs checked out the action.

Table service is efficient, with recommendations coming thick and fast.

Like chocolate? Try the Hard Shake, made with lavish amounts of chocolate malts, vanilla and cacao nibs. Like citrus notes? Try the Blossom amber ale, a New Zealand-American hop combination which brings flavours of pineapple and orange. 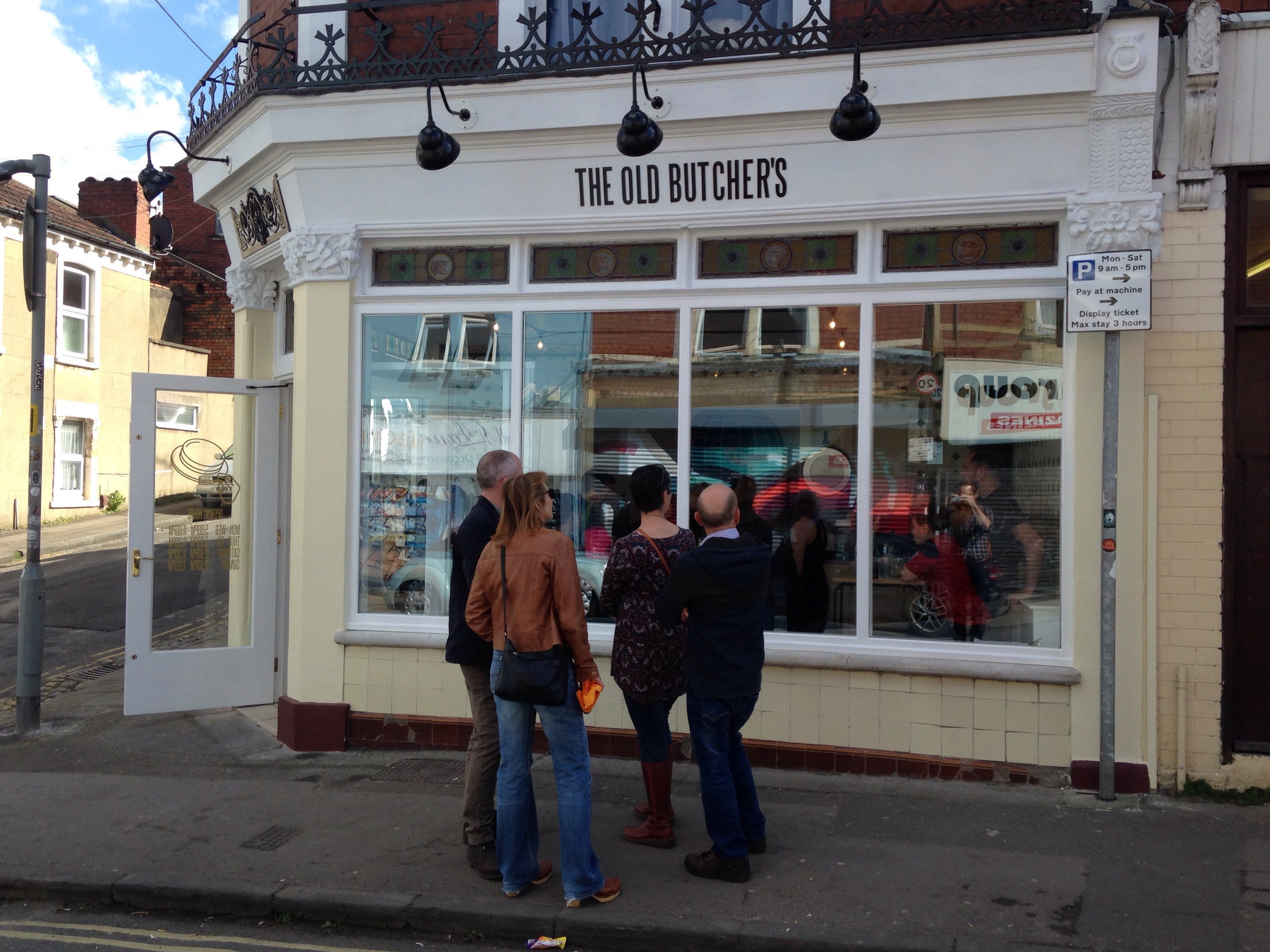