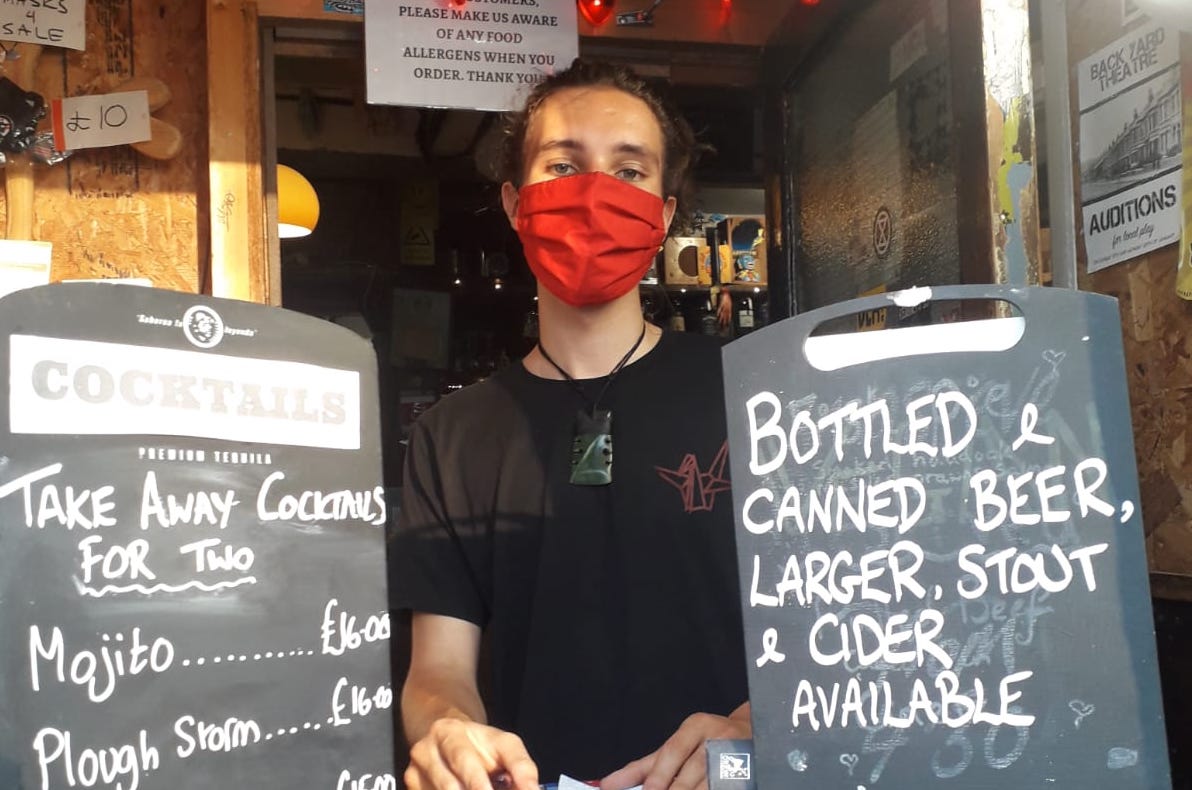 The Plough in Easton, which closed its doors before official lockdown measures were introduced in March, has recently launched a takeaway service to pay the rent and continue to pay staff as the furlough scheme comes to an end.

The Plough Inn ‘n’ Out takeaway service launched on July 28 and is now open six days a week for delivery or collection.

Though the majority of the food on the takeaway menu is vegetarian or vegan, the jerk chicken burgers have been the most popular item on the menu so far. Staff say the double mojitos have also gone down very well, and people have really appreciated the takeaway draft beer.

Jill, who lives around the corner on Brixton Road, says she is “thrilled” about the takeaway service as she really misses visits to the Plough. As Jill waits for her takeaway falafel, she enjoys an ice-cold bottle of Desperados. Music plays inside, and others waiting for their food make acquaintances.

“They’ve been doing this veg box scheme over the lockdown period and I think they’re just brilliant,” Jill adds. 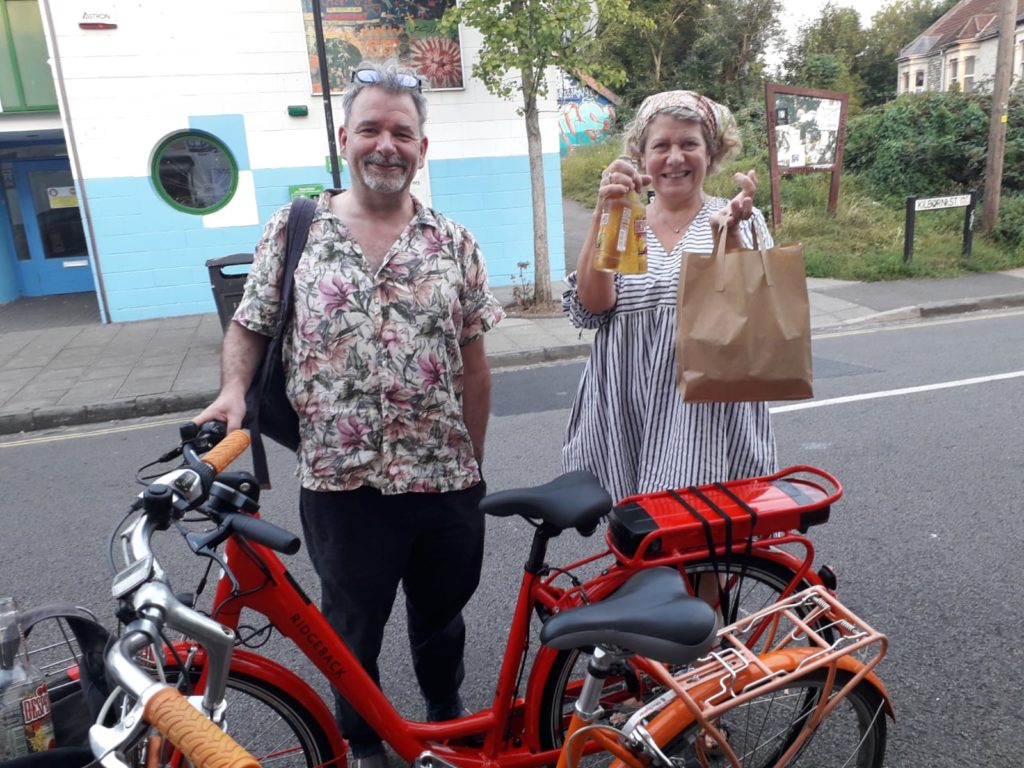 Happy customers Jill and her friend have been making the most of the new takeaway service at The Plough Inn. Photo by Yvonne Deeney

Changes to the furlough scheme were implemented on August 1 and the scheme is due to end completely in October. This means that pubs like the Plough Inn, who have chosen not to re-open after lockdown measures were lifted in July, will struggle to pay staff as their income has been significantly reduced.

The pub employs 20 members of staff, and the management says they are determined to keep everyone’s jobs and continue to pay full wages.

Tom Little, one of the Plough’s directors, says that although the landlord has reduced their rent, they are still having to pay out thousands each month.

“We need to pay the rent and we need to create jobs for people,” he says. “It’s a bit of a race to generate some income.”

Before lockdown you would have to jostle your way through crowds of sweaty bodies on the dancefloor. Then, if you were lucky, you might have been able to find a seat outside, where you could squeeze on the end of a table full of strangers, neighbours or new friends. Social distancing would prove impossible in such a friendly, community-orientated pub.

“It’s people’s front room,” says Tom. “Separation is not what people come to the Plough for. It would be a nightmare to enforce and everyone would have to be on board for it to work.

“But we are working on a crazy plan to open the space, keeping it safe, inventive and fun.” 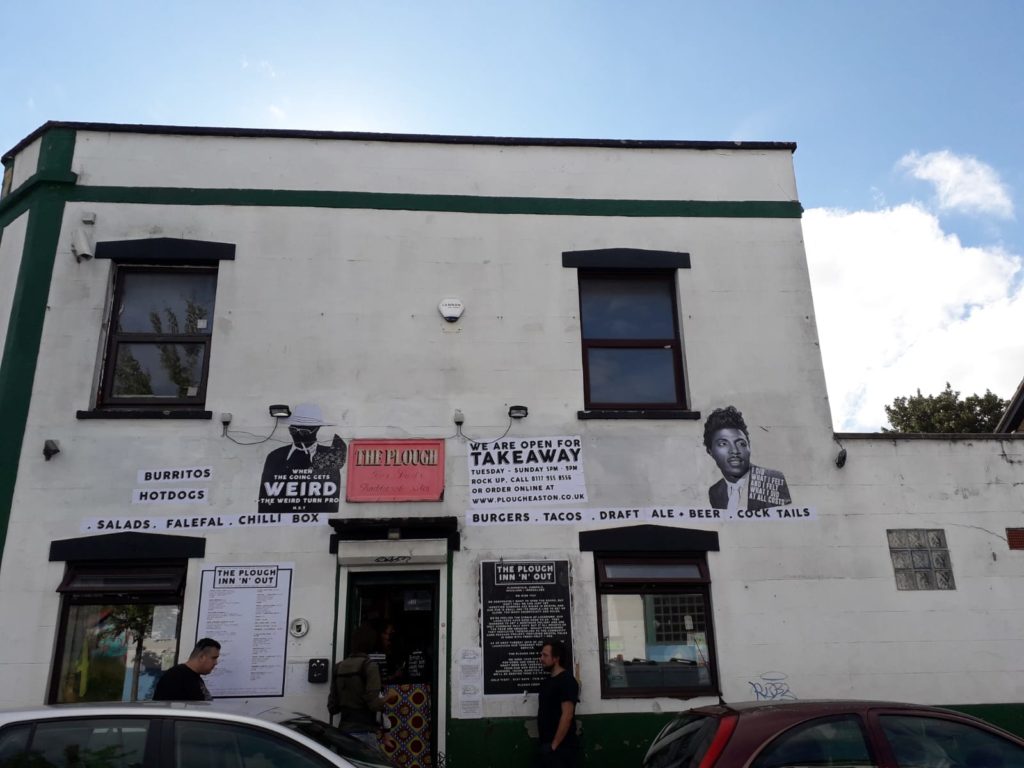 The Plough Inn hasn’t reopened following lifted lockdown restrictions because it would be difficult to socially distance inside. Photo by Yvonne Deeney

Order takeaway from the Plough Inn from 5-9pm Tuesday to Sunday by visiting www.plougheaston.co.uk