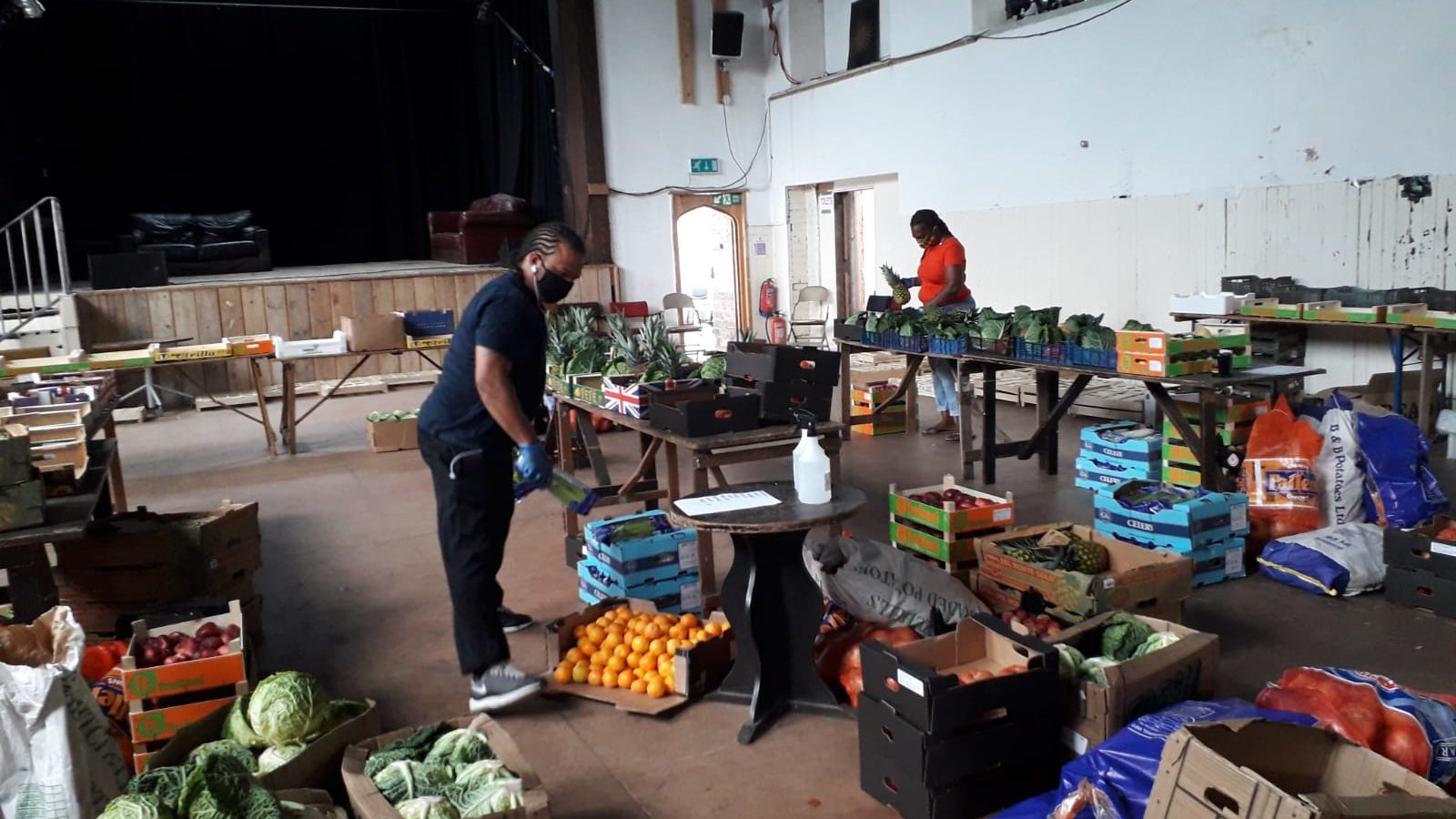 A community care package scheme delivering free boxes of essential food to anyone who needs them could come to an end in the next few weeks without further funding. The scheme began as the UK went into lockdown, when the Plough Inn landlord and director, Angelo Campolucci Bordi, decided to buy fruit and vegetables for staff. Now, up to 800 boxes are being delivered each week across Bristol.

The team has been self-sufficient up until this point, but donations to their online fundsurfer have recently begun to slow down. If enough money is not raised in the next few weeks, they say they will not be able to continue what has become a vital food service, combating food poverty across Bristol.

Tom Little, co-director of the Plough, told Bristol24/7 that they are really beginning to feel the pressure and would really appreciate a conversation with Bristol City Council.

“Donations have really slowed up but we’re still pumping out 700 to 800 boxes a week,” Tom says. “We have £8,000 left which will be enough to keep us going for another few weeks, but we need people to donate to the fundsurfer, we need the council to call us, and we need more DBS-checked drivers.”

The team’s crowdfunding campaign aims to raise £30,000 to continue the scheme. 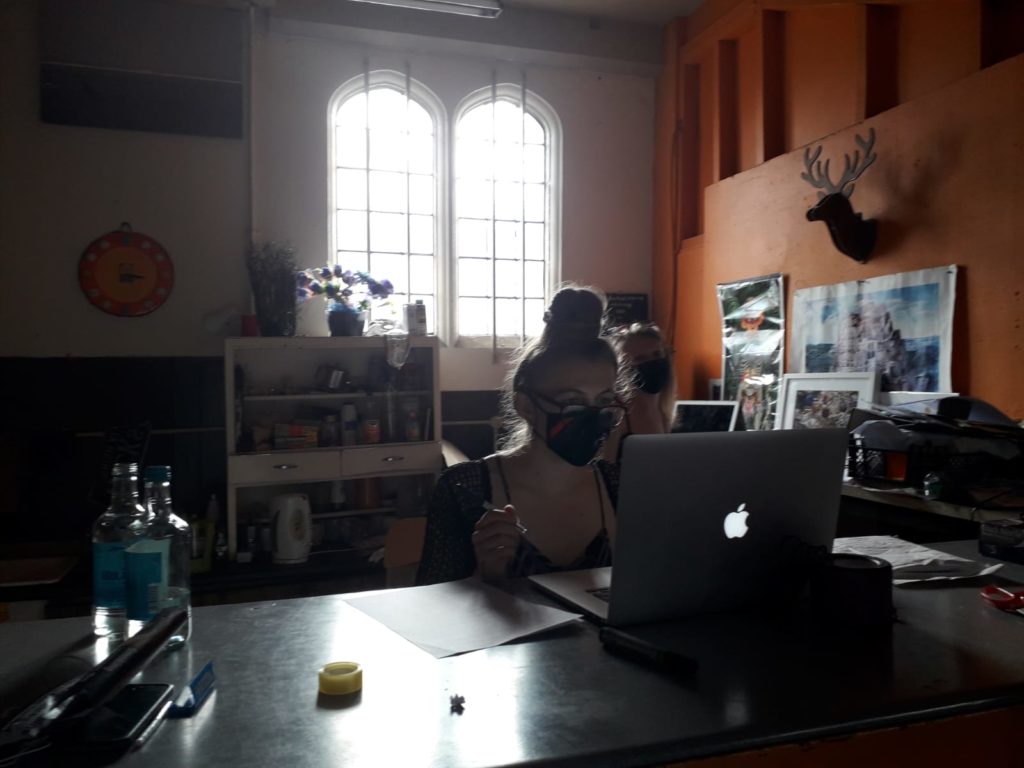 Staff at The Plough Inn are coordinating deliveries of up to 800 boxes of food per week. Photo by Yvonne Deeney

The scheme began in March when a group of independent community pubs – the Plough Inn, the Pipe and Slippers, the Lion, and the Star & Garter – came together. With support from the local community, festival and events company Team Love, and the Easton Cowgirls and Cowboys Sports and Social Club, the team planned to tackle food poverty in Bristol and ensure that those who were self-isolating had access to healthy food.

The free boxes are available to anyone who cannot get out or afford fresh fruit and vegetables. Through coordination with AidboxCommunity and Project Mama, the team have been able to reach the most vulnerable groups of people, some of whom have no right to work or recourse to public funds. They have also worked closely with the National Food Service and BASE and Roses. 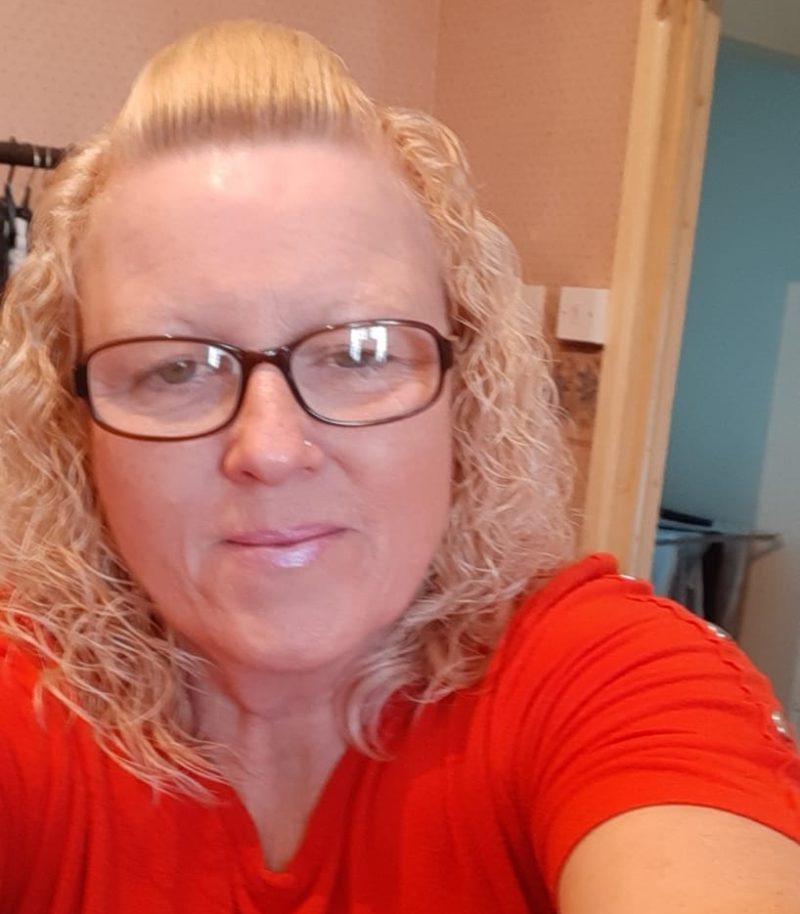 Jane, one of the recipients of the care packages, says the service has been a “life saver”. Photo supplied by Jane

Jane, who asked that Bristol24/7 only use her first name, lives in Easton and has had regular boxes delivered since the start of lockdown. She says she has found the service “a life saver”. Previously working as a private house cleaner meant that her work completely dried up at the beginning of lockdown, and she had to rely entirely on Universal Credit.

“I think it’s absolutely brilliant,” Jane says. “Today I had a huge tomato and last week I had a lovely massive pineapple. I’ve even had pasta and bread, which has been really helpful.”

Now that lockdown has eased, Jane is enjoying cooking healthy meals for her grandchildren when they visit. She never bought a lot of fruit and vegetables before as they were just too expensive, but has now been experimenting with new dishes.

“I’ve made quiches, curries and even a rhubarb tart, when we had rhubarb one week,” she says. “My daughter, who is a single parent, also gets a box. The whole family are all eating more healthy vegetarian and vegan meals.” 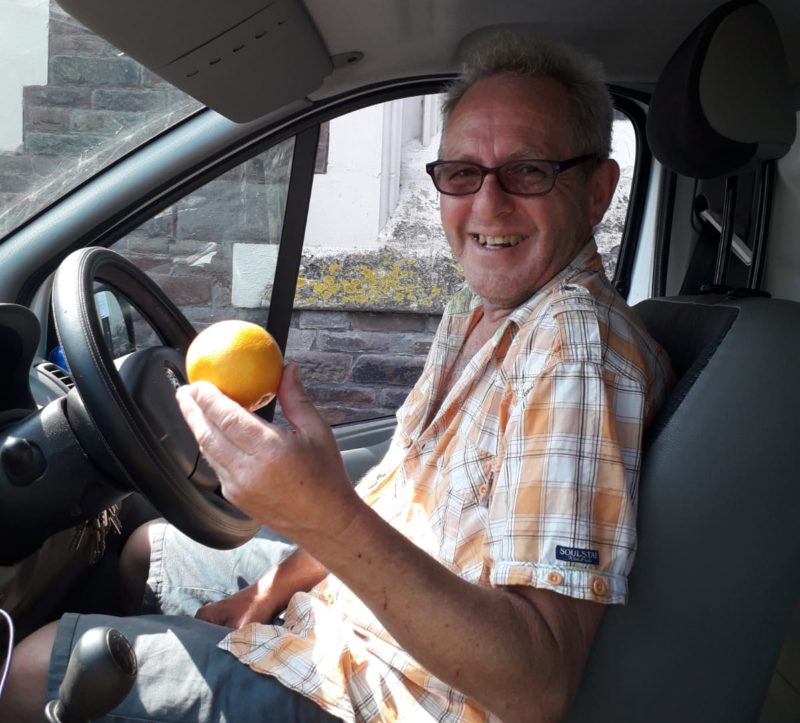 Driver Andy Kenny has been delivering some of the vital food parcels to people who need them most. Photo by Yvonne Deeney

One of the scheme’s drivers is Andy Kenny, who recently helped raise £500 for the project through an online backgammon competition. “It’s been really lovely to see the appreciation from people,” he says.

“I’ve had some really nice conversations with elderly people who couldn’t get out and would talk to me through the window. Not only did they appreciate the food but also just getting to see another human being has been really good for them.”

As Andy has a van, he has started to go to the market in the mornings and has been helping to deliver 50 boxes a week to AidBoxCommunity, who, he says, have been doing great work to support refugees in Bristol.

Many of the local volunteers who pack the boxes at the All Hallows Hall distribution centre in Easton say they have benefited personally from the community care packages. One volunteer decided to get involved after seeing how the delivery service was helping struggling members of her own family.

O’Neill Martin has been volunteering every Tuesday and Friday from the start. He has been active in the local community for 20 years, after coming to Bristol from Jamaica to play rugby. “I’ve always been a community-minded person,” he says. He’s a local and a Plough regular who has also played for the Easton Cowboys cricket and football teams.

He is currently unable to work, so has been cooking traditional Jamaican food for his four children with the fresh ingredients in his care packages. “When I’m at home I get into my thoughts and it can be depressing,” he says.

“Volunteering has benefited my mental and physical health. It gives me a routine and keeps me physically active, while at the same time giving something back to the community.” 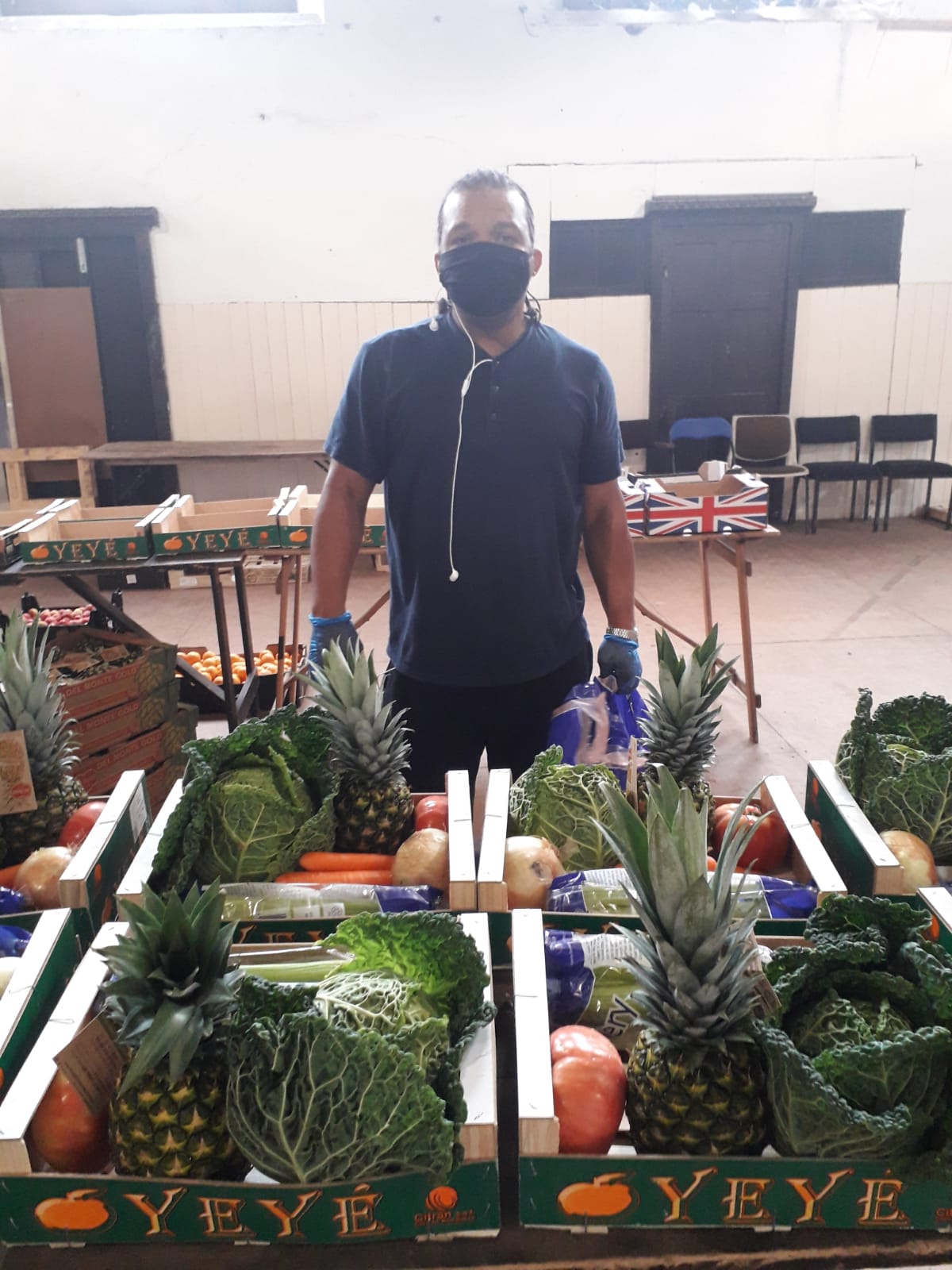 Volunteer O’Neill Martin packs boxes for delivery in a mask and gloves. Photo by Yvonne Deeney

The community care package scheme has benefited from Quartet funding, a regular donation from the Bristol Food Union and their own fundraising efforts. However, the team says they have reached a critical point where they will need to raise a large amount very quickly in order to continue this vital service.

They are urging people to donate to their fundsurfer and making plans for future fundraising drives, as well as looking into what kind of support could be provided by the council.

One initiative is a pop-up shop at All Hallows Hall. Local volunteer and Plough regular Ray has been running the shop twice a week without fail and has built up a relationship with some of the regulars.

Those who can afford it can buy a box for £10, “which covers the cost of their box and pays for someone else’s”. Ray, wearing a mask, passes the box through a hatch to ensure social distancing.

Locals can be seen throughout the course of the day dropping into the hall, where a selection of boxes is always put aside, and to collect free leftover food. Anything left at the end of the day gets donated to other projects, doing similar work across the city. No one is ever turned away and nothing goes to waste.

Find the pop-up shop at All Hallows Hall, 13 All Hallows Road, Easton, BS5 0HH. The shop is open on Tuesday and Friday afternoons from 2-4pm. To request a box, call the Bristol Food Service Helpline on 0117 3250450 and request a ‘Plough veg box’, or fill in this online form. Donate to the fundsurfer campaign by visiting www.fundsurfer.com/crowdfund/community-care-package.