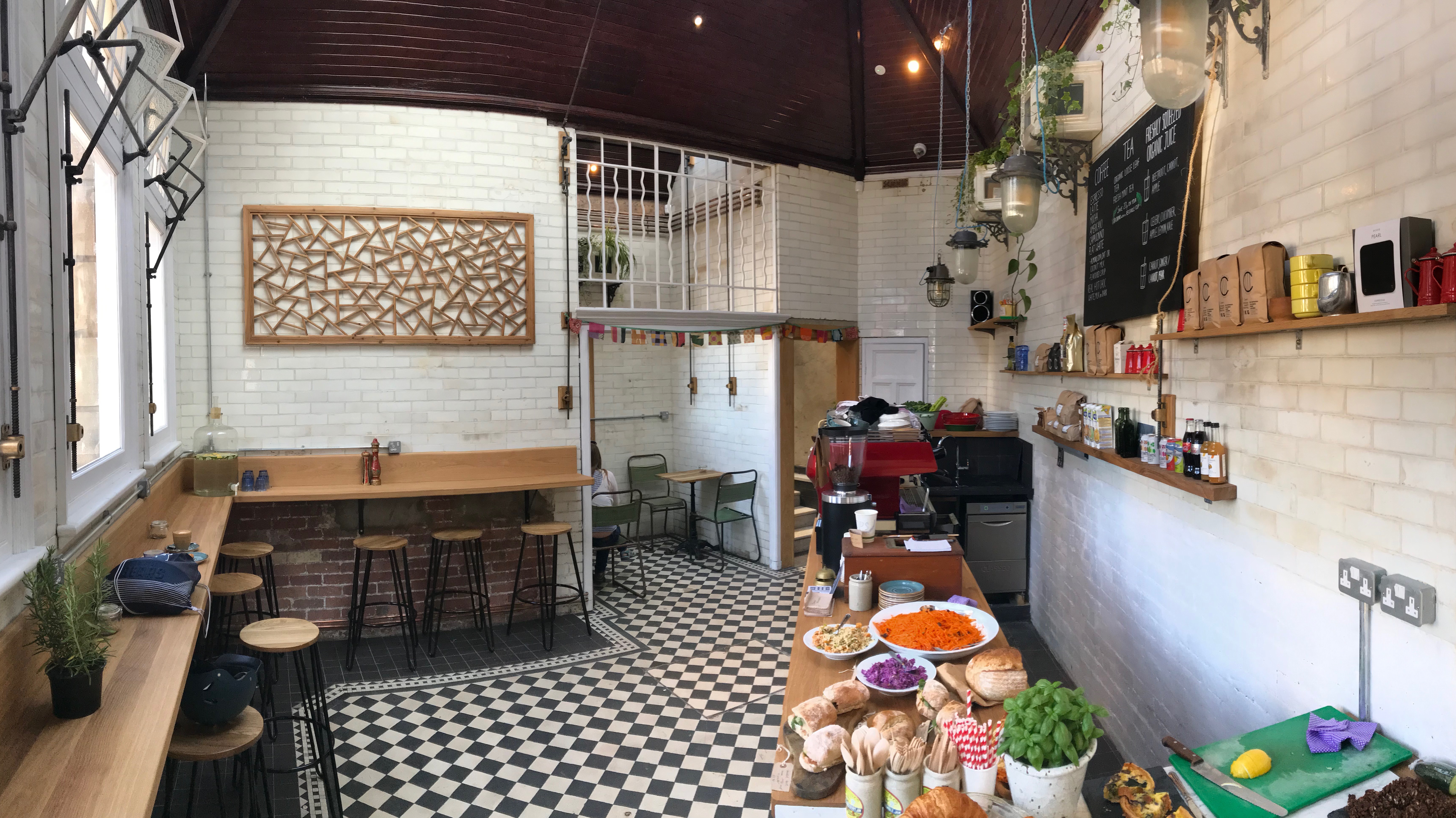 Cascading greenery drips down from former porcelain cisterns high up on one wall in The Cloakroom Cafe.

Bristol’s newest cafe is one of its most intriguing, having opened within a 115-year-old former toilet block.

As many of the original features as possible have been maintained in this Grade II-listed Edwardian building which closed to the public in 2001 and has since hosted a variety of exhibitions and one-off events.

New owner Alfred Fitzgerald bought the building on the corner of Park Row and Woodland Road for £215,000 at auction and has now created a unique business. 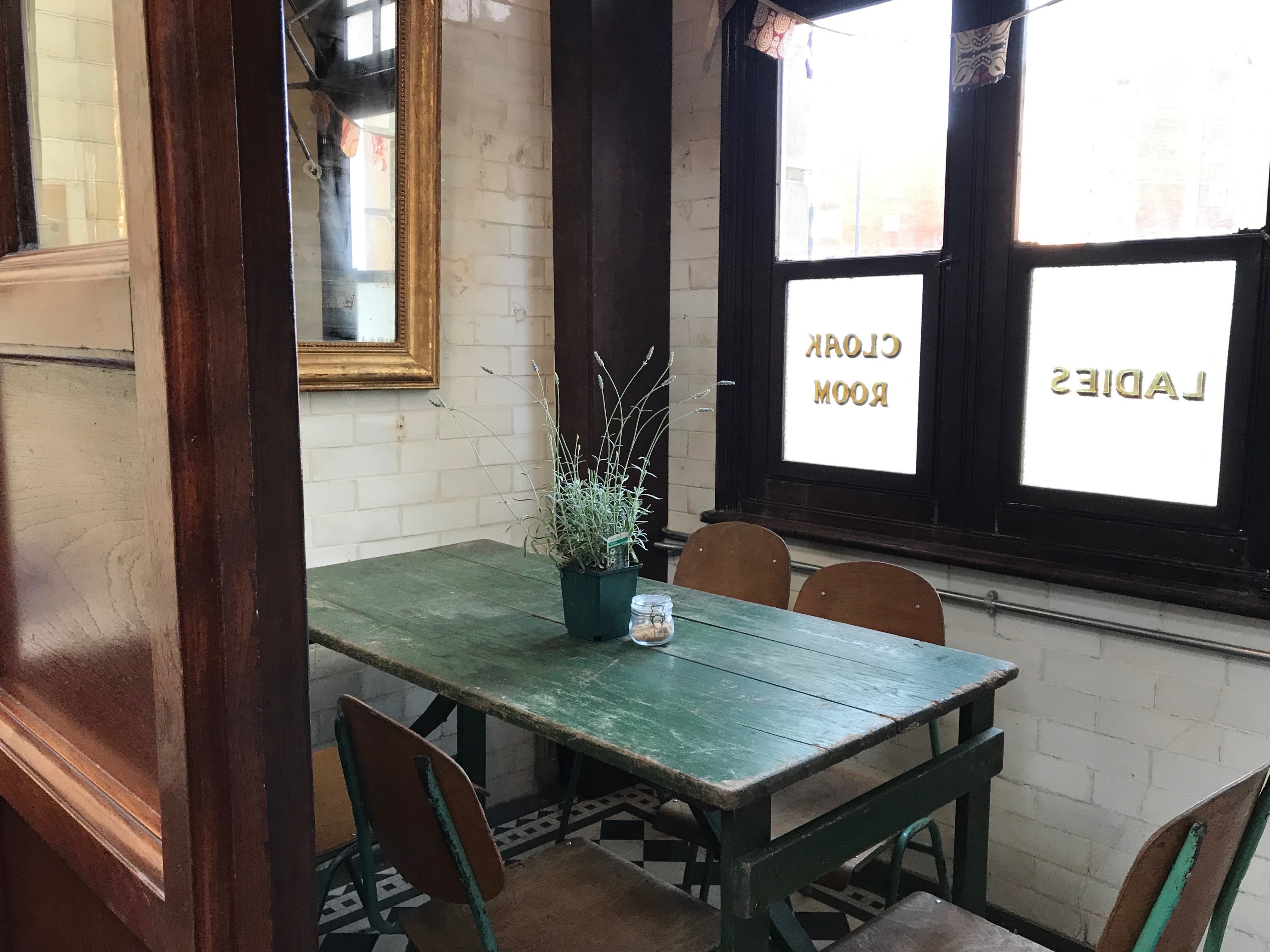 The Cloakroom Cafe has several hideaways within a deceptively spacious building 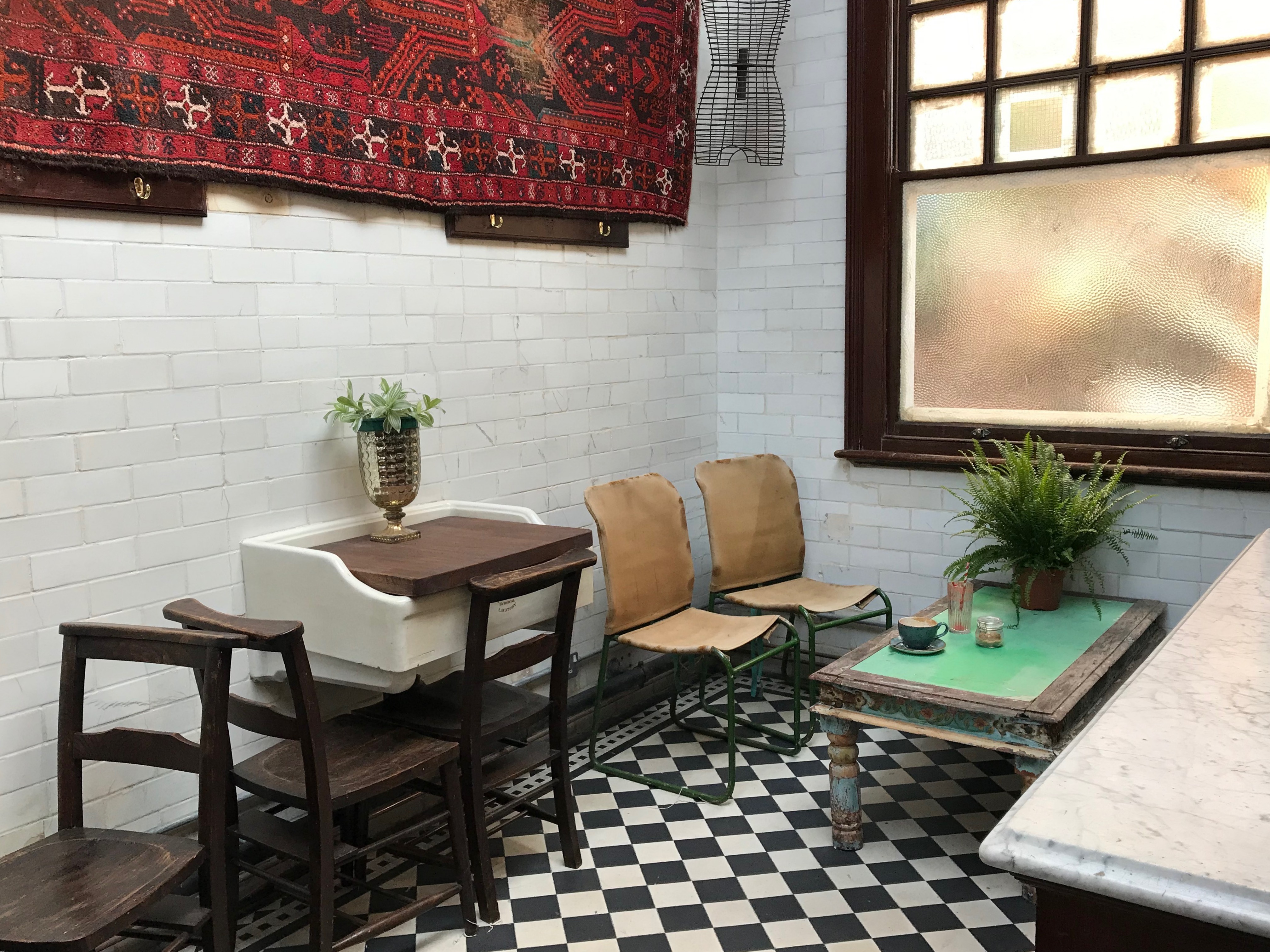 On the counter on Tuesday morning – only The Cloakroom’s second day of opening – was the likes of pastries, cakes, tray bakes salads and baguettes.

It is deceptively spacious inside, with one main room containing the counter, some bench seating in the window and two small tables, and two other hideaways up a few stairs. 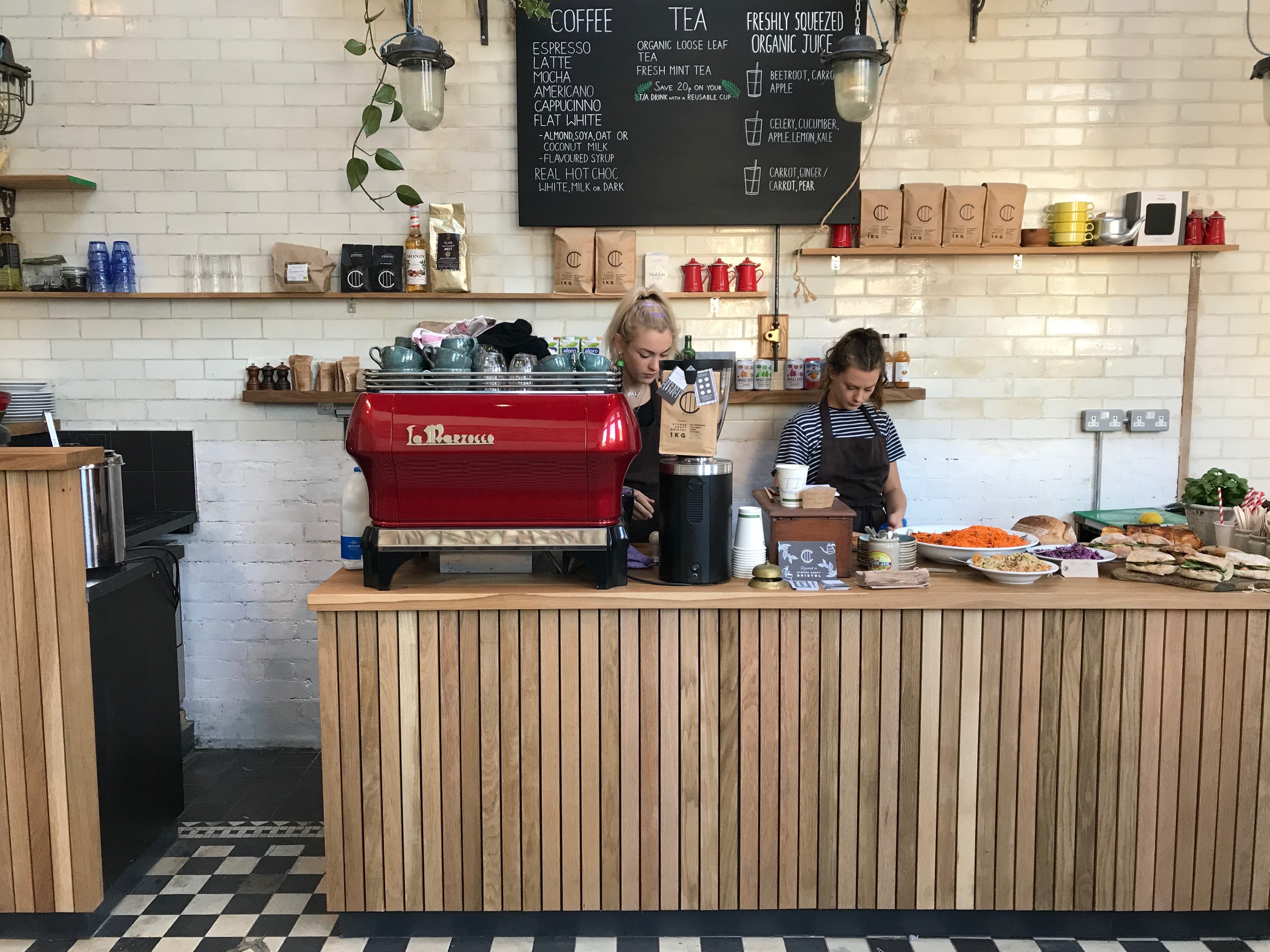 Coffee at The Cloakroom is from the excellent Triple Co. Roast in Stokes Croft

“Where’s the toilets?” one man wearing a University of Bristol-branded sweatshirt asked a barista. “That’s a joke innit!”

But in fact, a couple of toilets here have been retained from The Cloakroom’s original incarnation, alongside many other original features.

More than a century after first opening, there is now a new way to spend a penny in these former Edwardian washrooms. 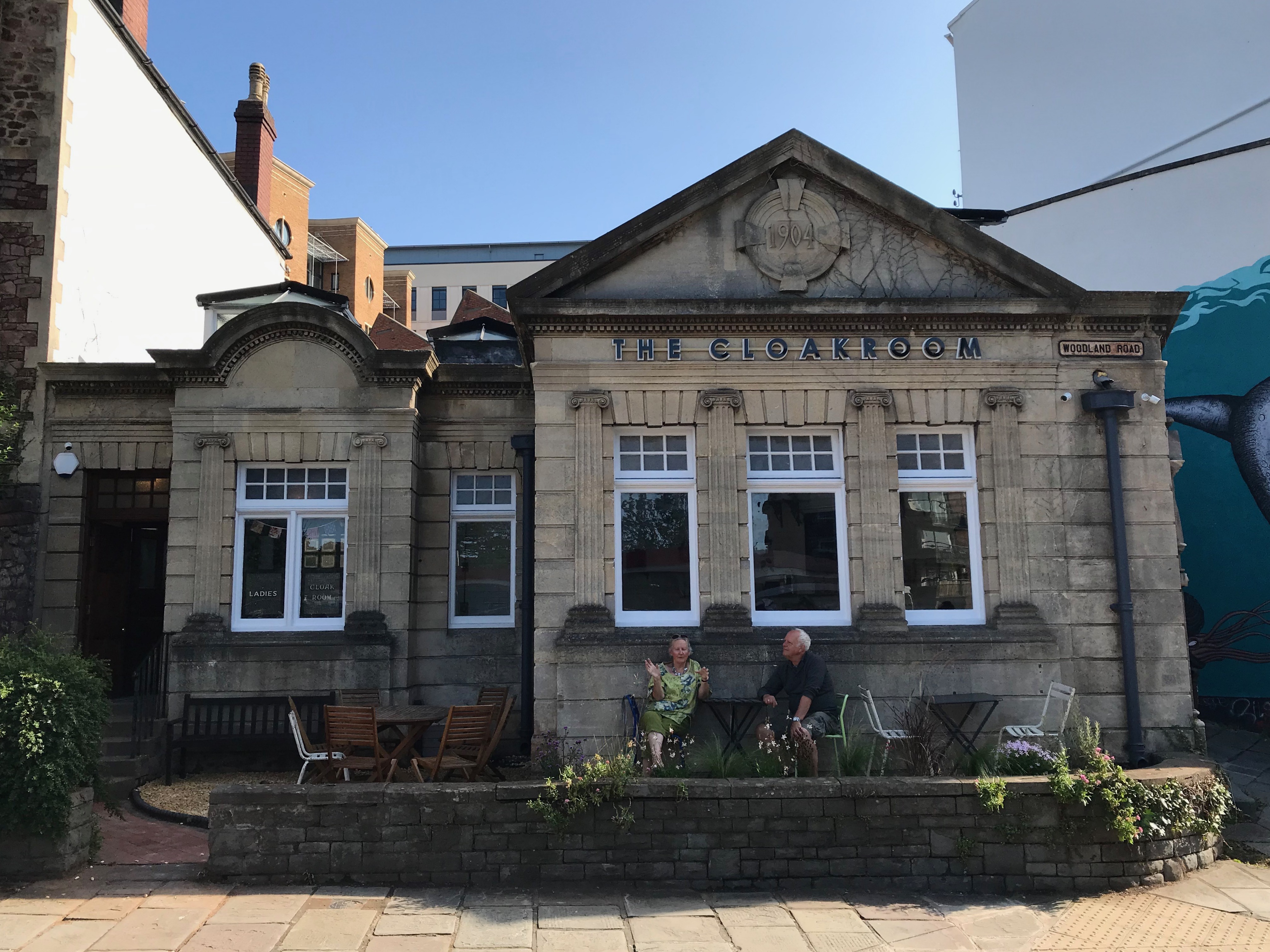