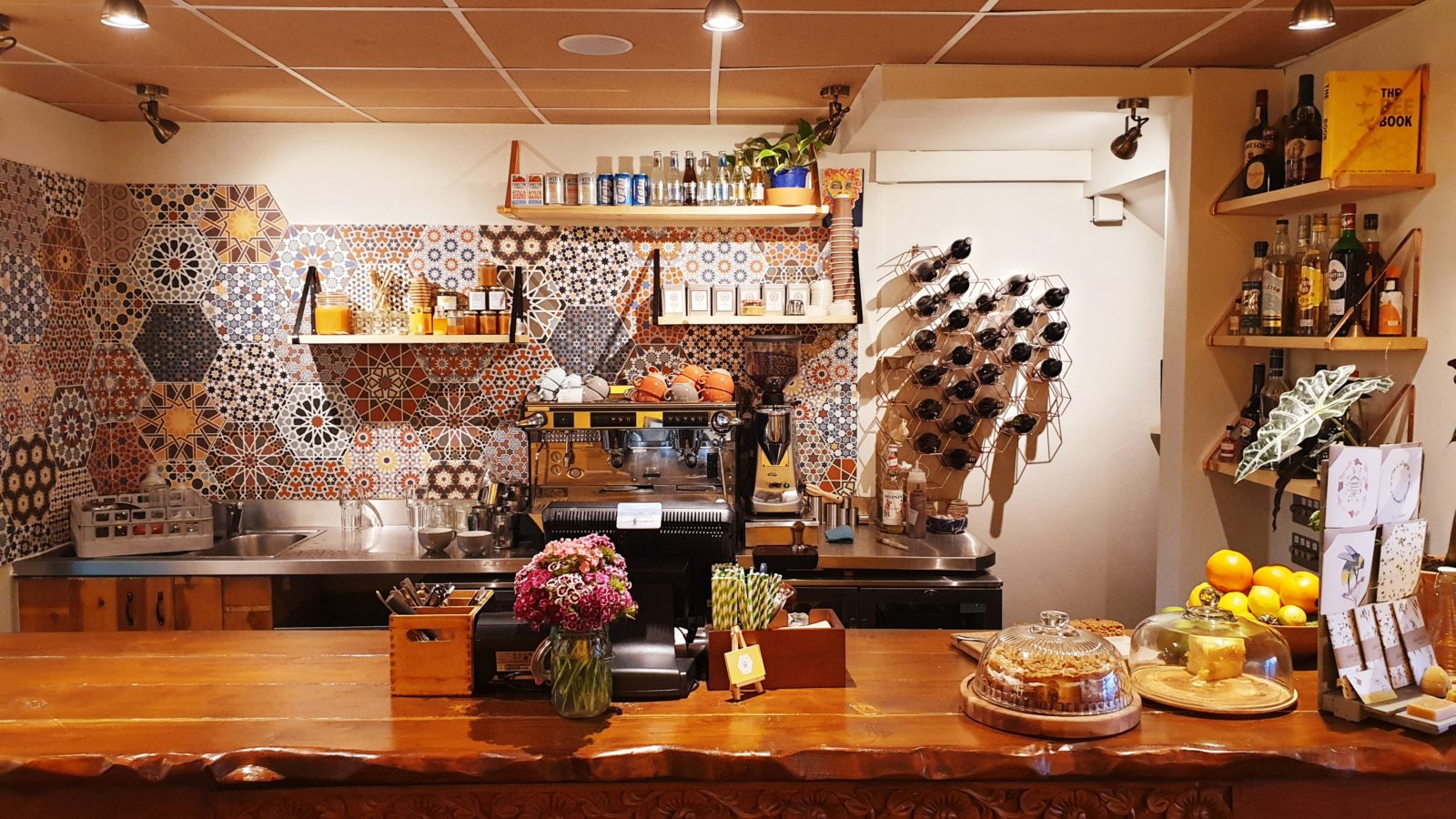 A popular Gloucester Road cafe has decided to put its environmental ethos – and love of bees – at the heart of a major transformation.

After seven long weeks of refurbishment, Café Ronak has re-opened as the The Nectar House, with plenty of emphasis on the importance of pollinators.

Manager David Thomas explains that the decision to re-brand the ten-year-old cafe stemmed from a drive to maximise its positive impact on the environment and give something back to the customers who have supported the business over the years.

“We consider them friends, not customers,” David says. “And they’re really important to the café so this is all about giving something back to them.”

Walking into the café, its ‘love-for-pollinators’ ethos is impossible to miss with its new honey and bee-related décor. There’s also a garden which has been transformed into a bee friendly habitat and flowers planted out the front. 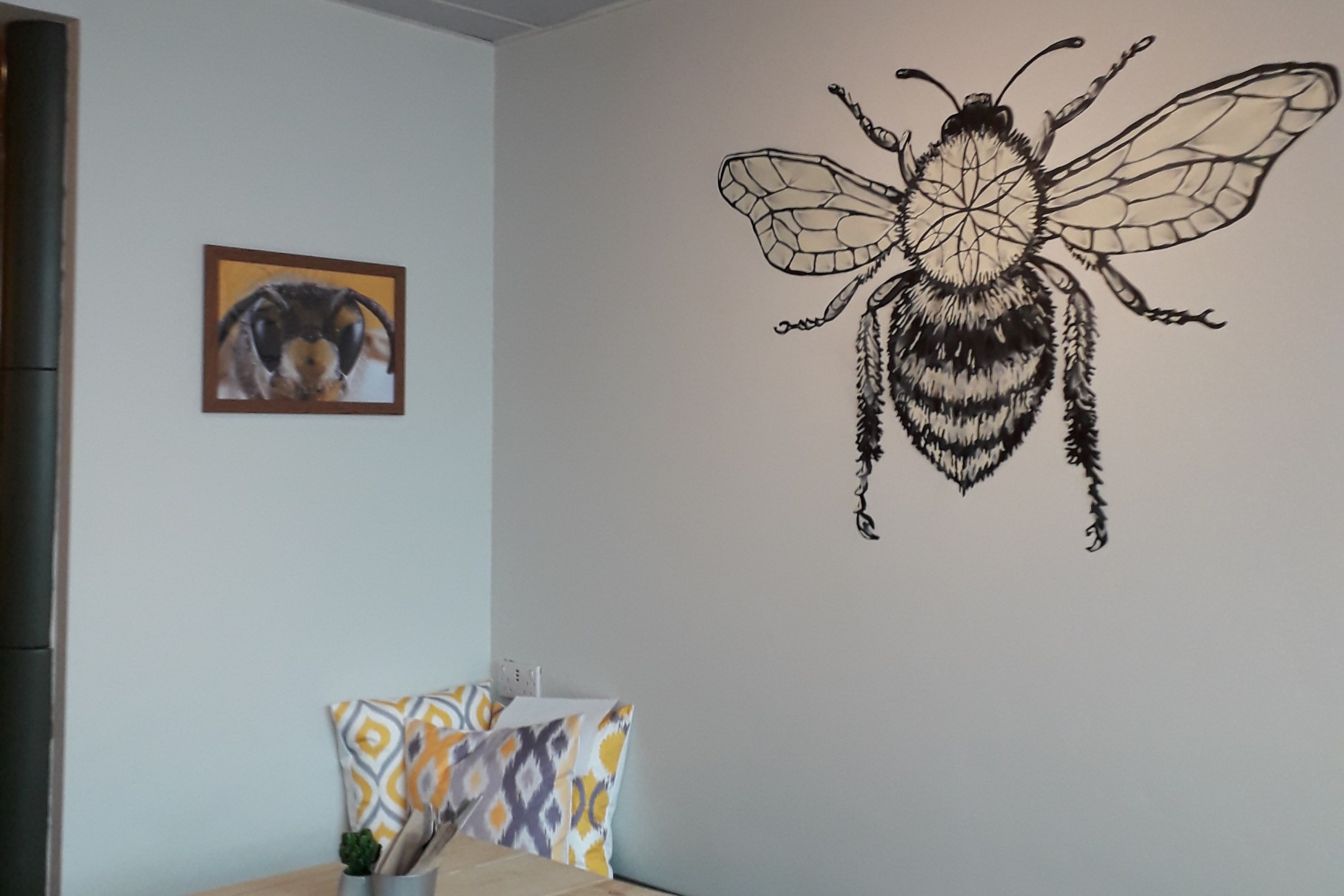 The café supports not-for-profit, community-based project called Bee The Change. It also stocks the project’s locally-sourced honey and, with the acquisition of a new alcohol license, will be serving cocktails made with Bristol-produced honey instead of sugar syrup. 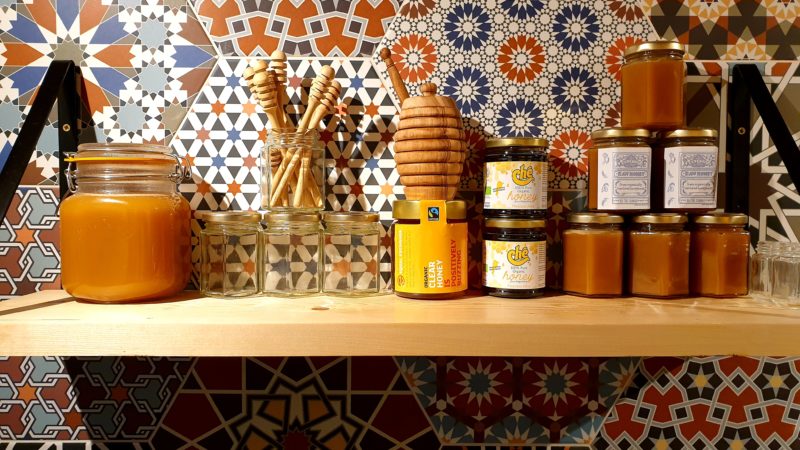 The cafe is stocked with plenty of honey

Wine will be supplied from vintner Jean-Luc Colombo, who doesn’t use harsh pesticides in his vineyards. The Colombo family, who are also life-long beekeepers, are committed to combating the global issue of colony collapse disorder.

David has secured a license to open the cafe in the evenings and reveals plans to launch pop-up restaurant nights. The first will be held in collaboration with Salt Street, which is fast making a name for itself around Bristol with its Cuban sandwiches and also puts an emphasis on locally-sourced foods.