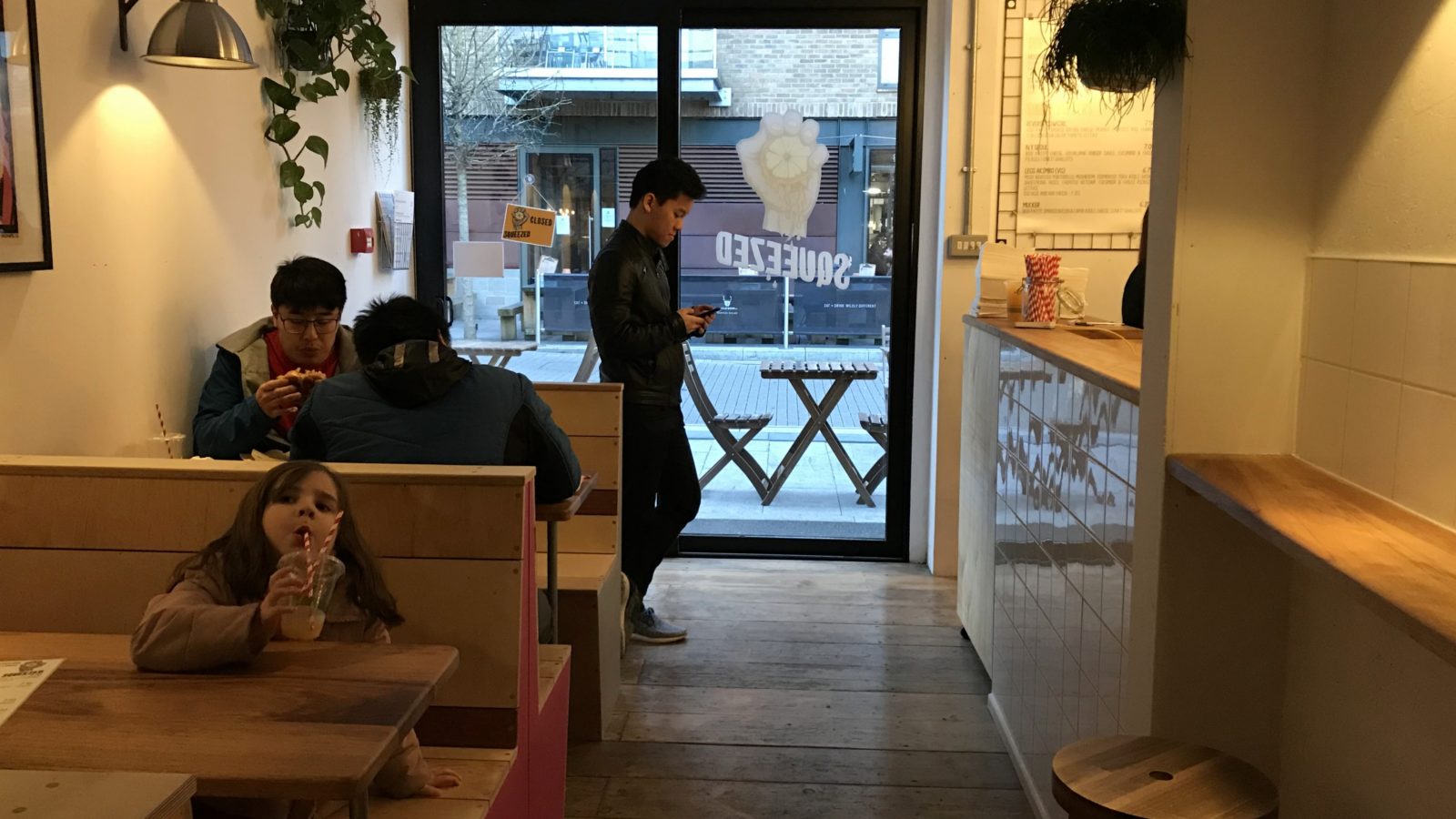 “Take a seat,” says Alex Hayes with a smile on Wednesday evening.

It’s the first evening service at Squeezed‘s new home, which is double the size of its original premises and now has actual seats which allows more than a dozen customers to eat in, with more tables also outside.

Squeezed can now be found within two converted shipping containers in Cargo 1 on Gaol Ferry Steps in Wapping Wharf, only a few yards away from where it opened in Cargo 2 in 2017. 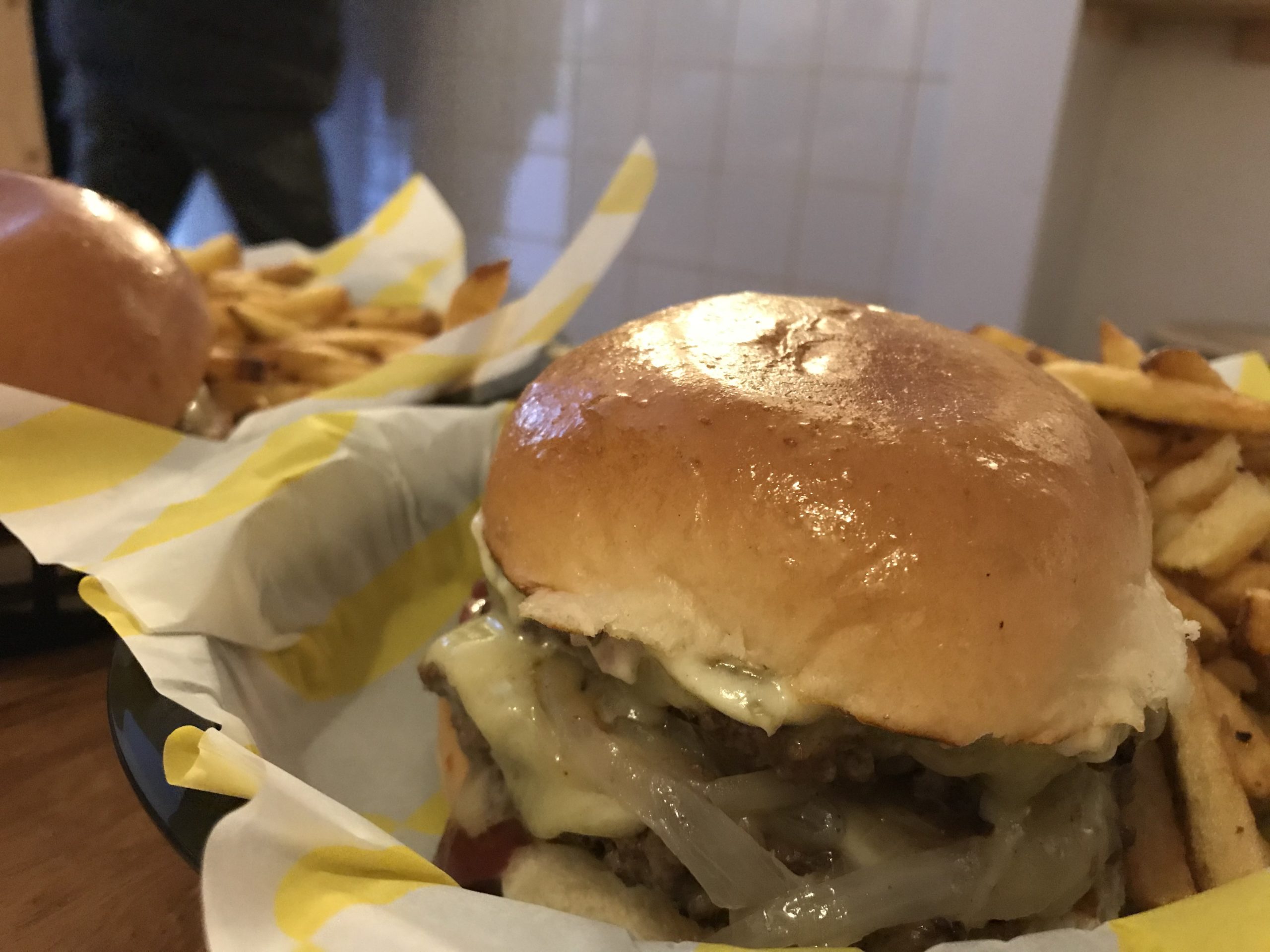 Old favourites from Alex – the winner of the best burger chef in the UK in 2019 – such as the St Werburger and a selection of ever-changing lemonades are back, and desserts including cheesecakes  and lemon meringue pie coming soon.

Squeezed has moved into the space previously occupied by Bristol Cider Shop (now an online shop and events business), with its former Cargo 2 next door neighbours The Beer Necessities also moving with them and due to open soon. 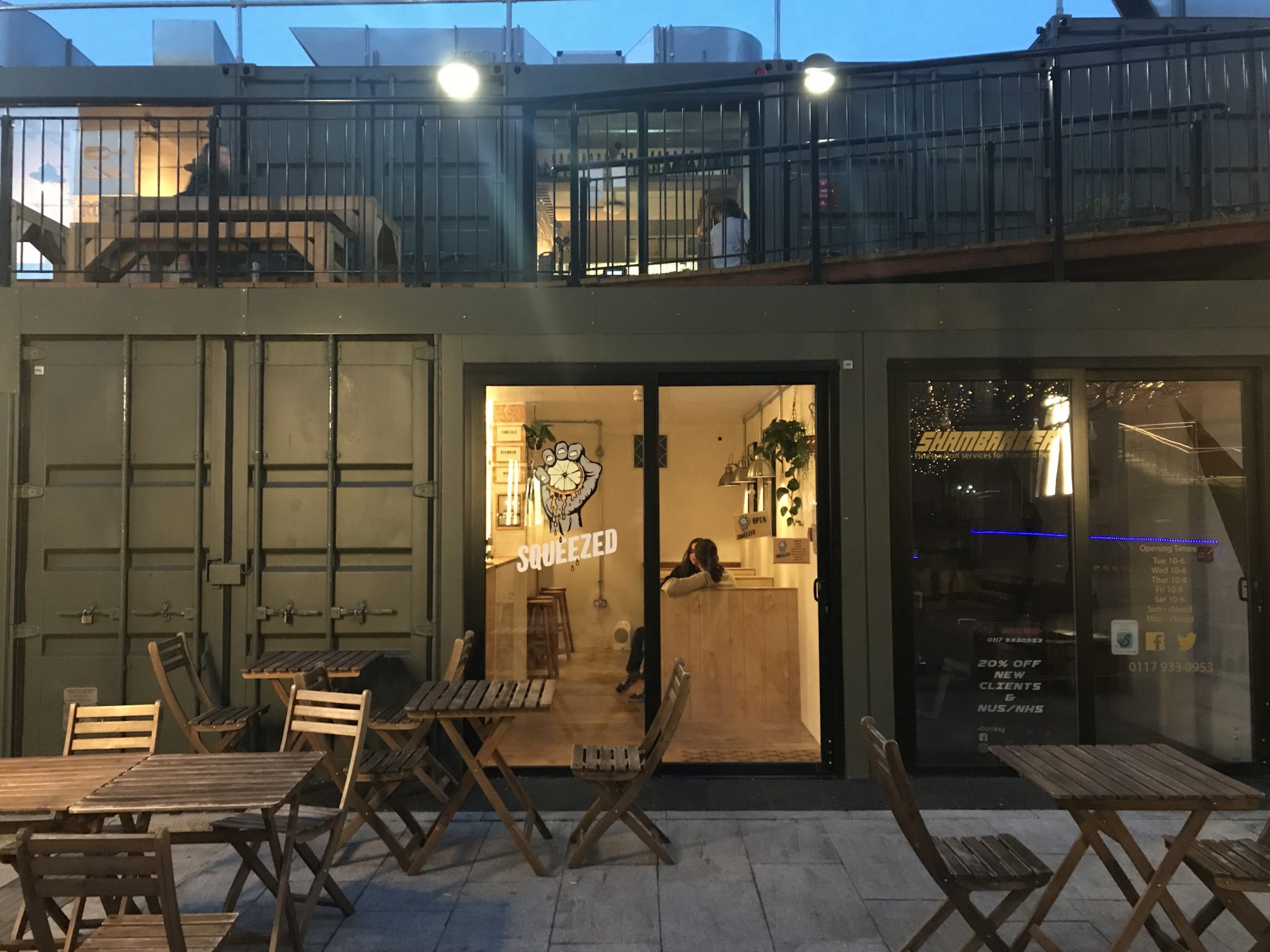 All photos by Martin Booth