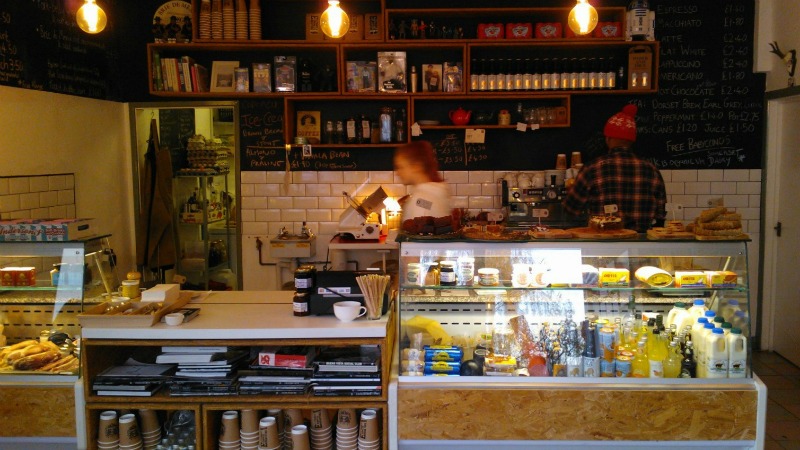 Spreading their wings is The Urban Standard on the Gloucester Road, who are due to open The North Street Standard in the former Zero Cycles shop as early as next month. At the other end of the road, Curtis & Bell now offers an evening bistro menu on Thursday, Friday and Saturday evenings.

Expect queues out of the door if their London outlets are anything to go by when Meat Liquor opens on 77 Stokes Croft. Bristol street artist Inkie will be decorating the inside of the restaurant, which specialises in burgers and cocktails.

In the centre of town, American-themed sports bar Triple Bs will be opening in the former home of Ozzy Al’s on Colston Avenue.

So that’s the burgers. And there are also new pizzas to look forward to soon with the opening of Zero-Zero at 2B High Street in Easton, just around the corner from No. 12 Easton (above) who are still on the hunt for somewhere to open a second premises. Staying in Easton, Cafe Joanna on Chelsea Road has been transformed into Easy Rawlins.

Alongside Meat Liquor, other chains expanding into Bristol soon include Giggling Squid with its Thai tapas concept taking over what used to be Strada on Princess Victoria Street in Clifton Village. Following the unusual name theme, Rockfish Grill on Blackboy Hill has reopened as The Spiny Lobster.

Another name change and refurbishment is currently taking place at My Burrito on the centre. Fuego promises “the flavour of Latin American street markets”. In a first for Bristol, a taste of what to expect could be found at a three-week pop-up at 40 Alfred Place in Kingsdown last month.

Currently still a pop-up on St Stephen’s Street is Spoke & Stringer, which promises to “bring aspects of ride culture together” with a cafe, bar and shop opening on the harbourside.

The Hill pub on Cotham Hill is due to be transformed into the Brewhouse & Kitchen, complete with a microbrewery on the premises; while the Hope & Anchor on Jacob’s Wells Road has recently been reopened by the team behind the Volunteer Tavern in St Jude’s.