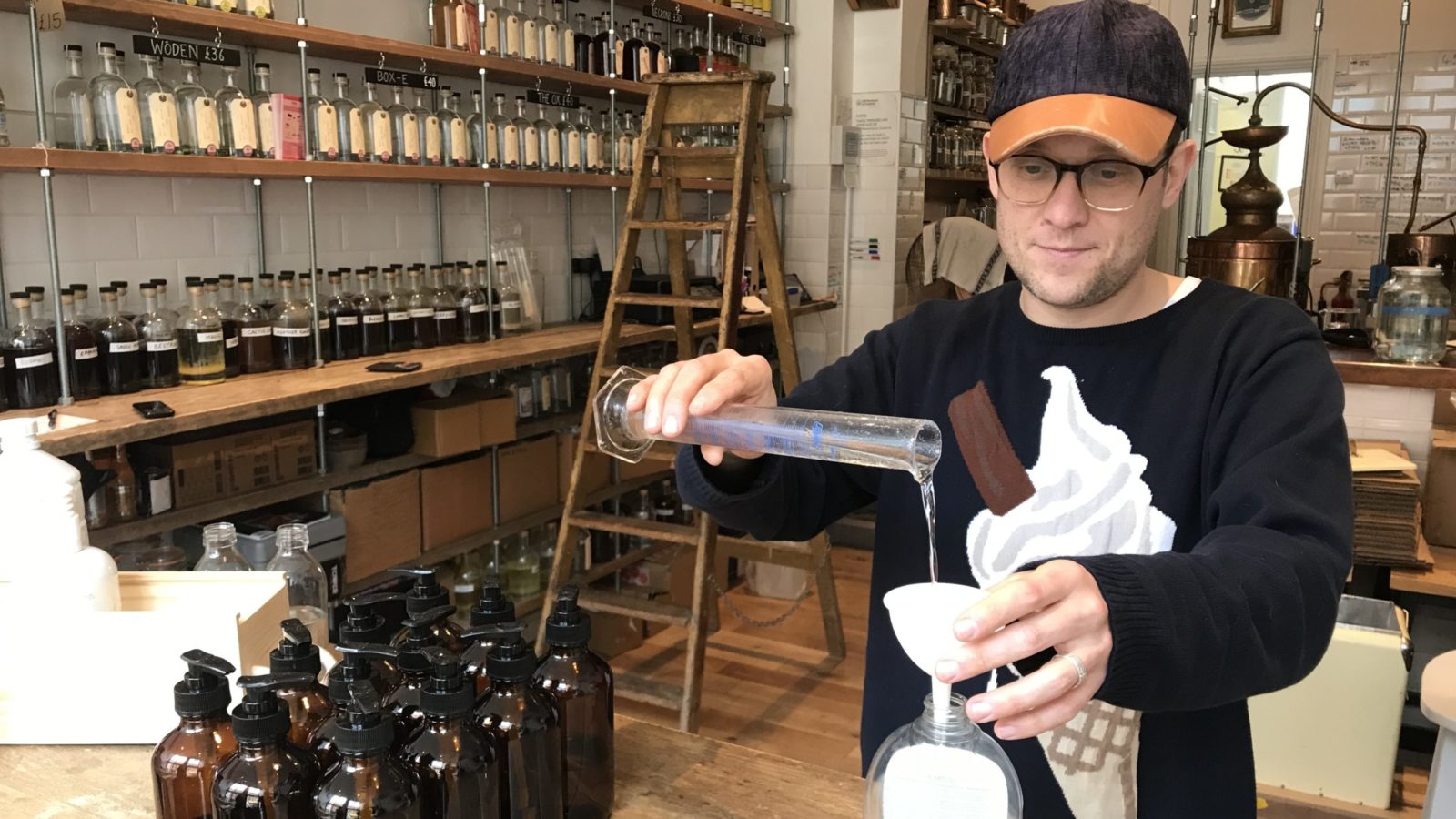 “Forgive me for asking the question, but is this entirely legal?” a Sky News presenter asked Psychopomp co-founders Danny Walker and Liam Hirt during just one of the interviews they have given to media around the world since Bristol24/7 first reported that the distillery is now making hand sanitiser alongside gin.

Production began in early March after staff at the St Michael’s Hill business could not buy any hand sanitiser, and realised that they already had all the ingredients to begin making it themselves. The completely legal, but currently very expensive way to make it, sees all profits raising money for Bristol Children’s Hospital.

The team have been contacted by the long arm of the law, but police forces do not want to crack down on production and are instead enquiring if they could have Psychopomp’s sanitisers in their stations.

Across Bristol, from Michelin-starred restaurants to the smallest cafes, businesses have had to adapt swiftly since the start of the coronavirus outbreak. 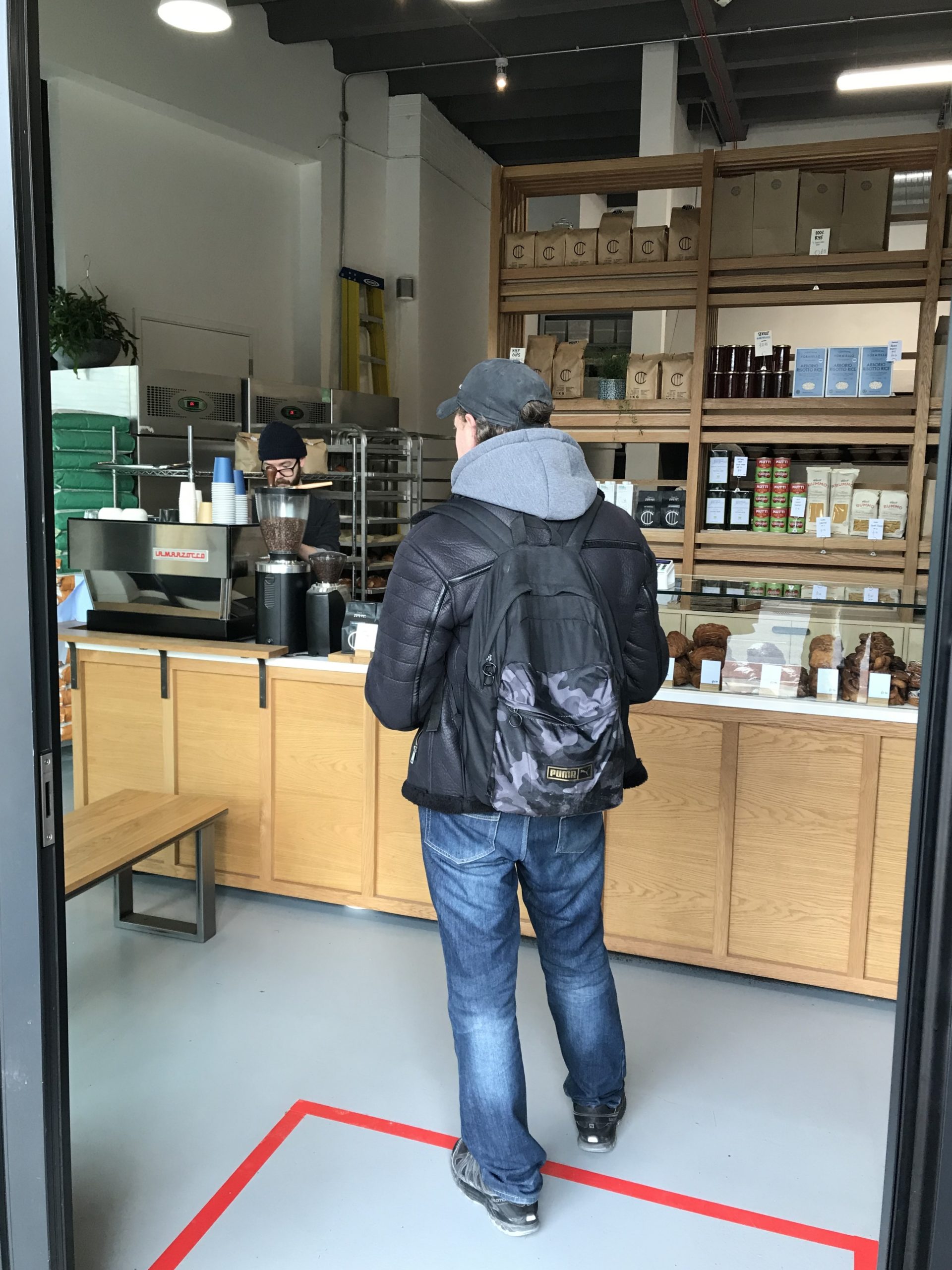 As well as ensuring the requisite social distancing, only allowing one customer at a time into their shop, Farro are now selling eggs, milk and butter alongside their bread, pastries and coffee – photo by Martin Booth

For some such as Box-E in Wapping Wharf, the reality was just too difficult for the restaurant to continue in any form so it was forced to close for the foreseeable future even before prime minister Boris Johnson said on Friday that all cafes, bars, pubs and restaurants must close that night.

Casamia in Redcliffe and Little French in Westbury Park are both currently selling the ingredients for their meals for customers to order and cook at home, while Wilsons in Redland are still cooking meals for those who need it most.

Soon after 6.15pm on Friday, Wilsons co-owner Jan Ostle tweeted that all of their food had gone and they were trying to cook more as soon as possible. He said: “Today the Wilsons team fed over 50 NHS staff. It’s genuinely one of the most incredible, gratifying experiences of my life. Thank you Bristol.”

Event caterers Kate’s Kitchen, who also have a cafe in the Southbank Centre in Southville, are delivering food to people at home, which has already included a donation so they could supply food for a family in need. 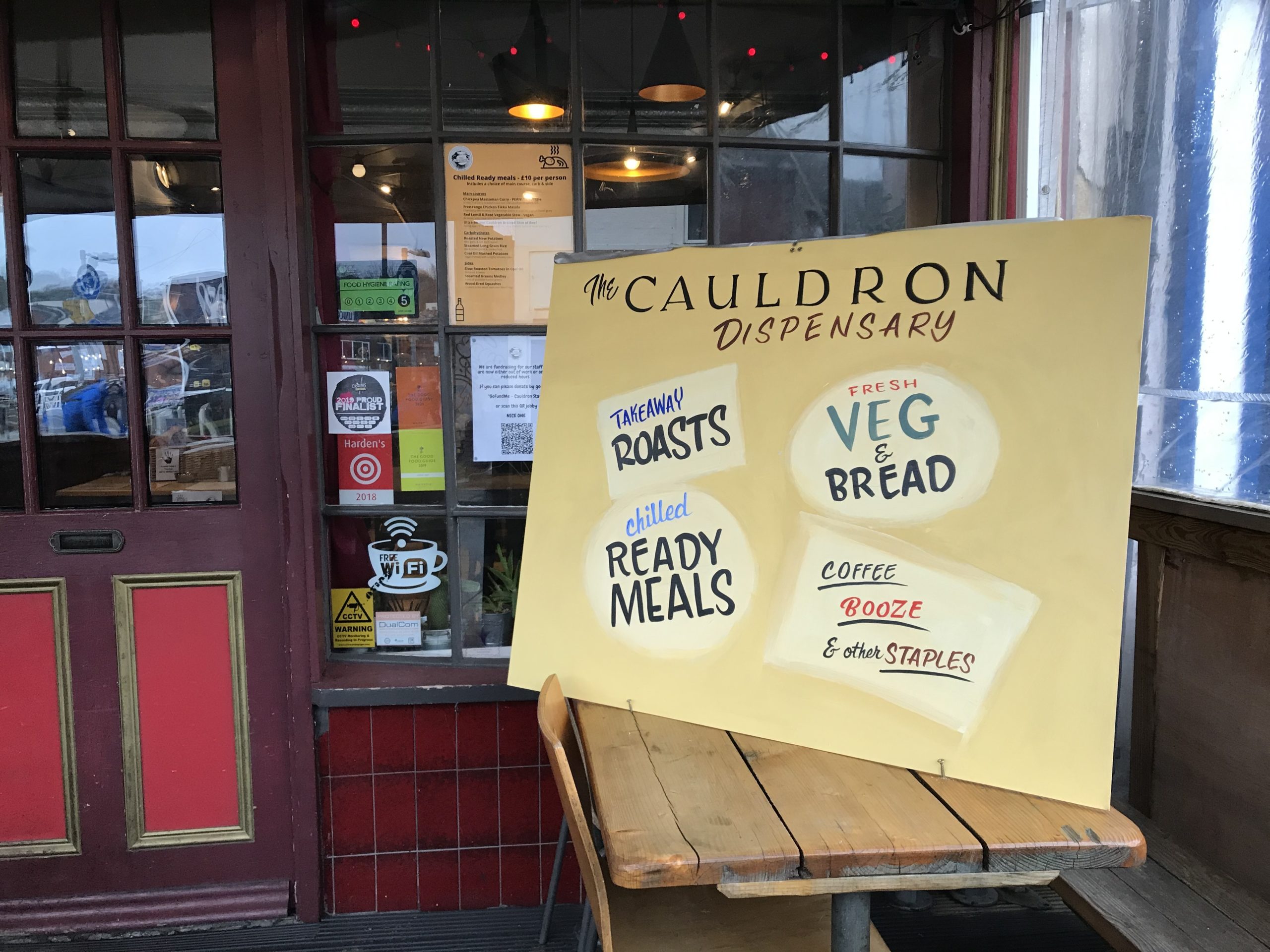 The Cauldron in St Werburgh’s have pivoted into becoming a dispensary, offering takeaway roasts, chilled ready meals, and fresh vegetables and bread, as well as coffee, alcohol and other staples.

Next door, Popti & Beast are now offering pre-order and free local delivery to the local area; while it’s a similar story on Blackboy Hill in Clifton where Two Belly are offering a home delivery service of their cheese, meat, beer or provisions boxes; on Bond Street where Farro are selling milk, egg and butter as well as their bread, pastries and coffee; and on Gloucester Road where Bakers & Co are selling items including fresh fruit and toilet roll.

The team behind Pasta Loco, Pasta Loco,La Sorella and Bianchis have joined forces under the banner of Nonna Bianchi’s Renaissance. The restaurants will also be preparing food daily for delivery or pickup, including pasta packages, lasagne and baked goods. It also sees the return of pop-up Cafe Mulino, serving pizza to takeaway.

Spare a thought for new businesses just opening their doors in this period, with The 3rd – the sister business of (and situated between Casamia and Paco Tapas) opening on Friday morning selling bread and pastries for takeaway; and Cave on Gloucester Road immediately offering delivery to the local area of their stock of more than 130 wines as well as deli items.

The 3rd’s bakery is open selling bread & pastries today and tomorrow from 9am to takeaway until we are sold out. Card only please. #bristol #bristolfood #bristolbakery

With markets no longer taking place, street food stalls are also being forced to adapt. Alp Mac will be selling their macaroni cheese frozen ready to be cooked at home, while Los Hermanos are parked permanently overlooking St George’s Park on the corner of Park Crescent and Bowden Road selling sandwiches at lunchtimes.

Bristol breweries such as Good Chemistry in St Philip’s, Lost & Grounded in St Anne’s and Wiper & True in St Werburgh’s remain open as bottle shops, Bristol Beer Factory in Bedminster deliver to any BS postcode via their online shop, while Left Handed Giant are delivering cans to customers by bicycle (similar to how Full Court Press cafe on Broad Street is getting coffee to their customers).

Tapestry in St Philip’s Marsh are delivering pizza with their beer and Wild Beer are live-streaming a brew day from their Somerset brewery on Friday after asking for beer styles on social media.

If you want to self-isolate in style, Ahh Toots of St Nick’s Market, who were due to imminently open a new bakery and shop at the foot of Christmas Steps before the arrival of Covid-19, are now offering free home delivery of all cakes, as well as recipe kits, tray bakes and cookies.

Ben Pryor of Poco, the Stokes Croft restaurant that has returned to its festival roots to now offer takeaway burgers, shared the feelings of many: “We’ll see this through together, Bristol. Hold tight.”