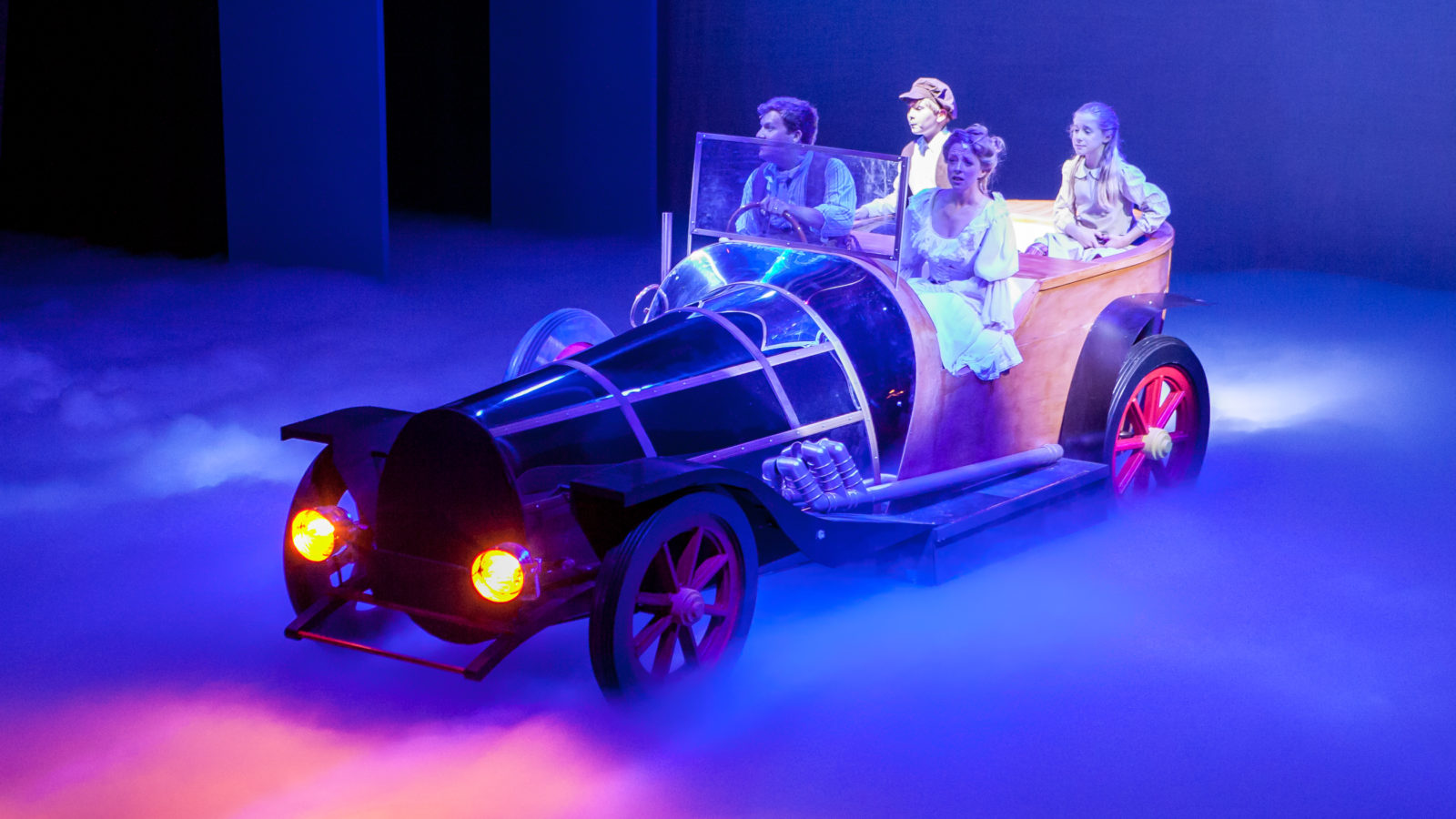 This is the latest production from BLOC, the Bristol-based, award-winning amateur theatre company who were formed in 1933 and who’ve been performing annual shows at the Hippodrome since 1956.

Previously, BLOC have staged ambitious productions including Sister Act, Sunset Boulevard and My Fair Lady –but, even in that company, their Chitty Chitty Bang Bang is outstanding entertainment. With great songs, beautifully realised sets and costumes, excellent singing and dancing (particularly during the big ensemble set pieces like Toot Sweets), heroes to cheer, baddies to boo, and a full professional orchestra, what’s not to like?

I can’t imagine the amount of blood, sweat and tears it must have taken for an amateur company to so successfully pull off a show to this level. It is genuinely better than some professional productions I’ve seen on the Hippodrome stage. 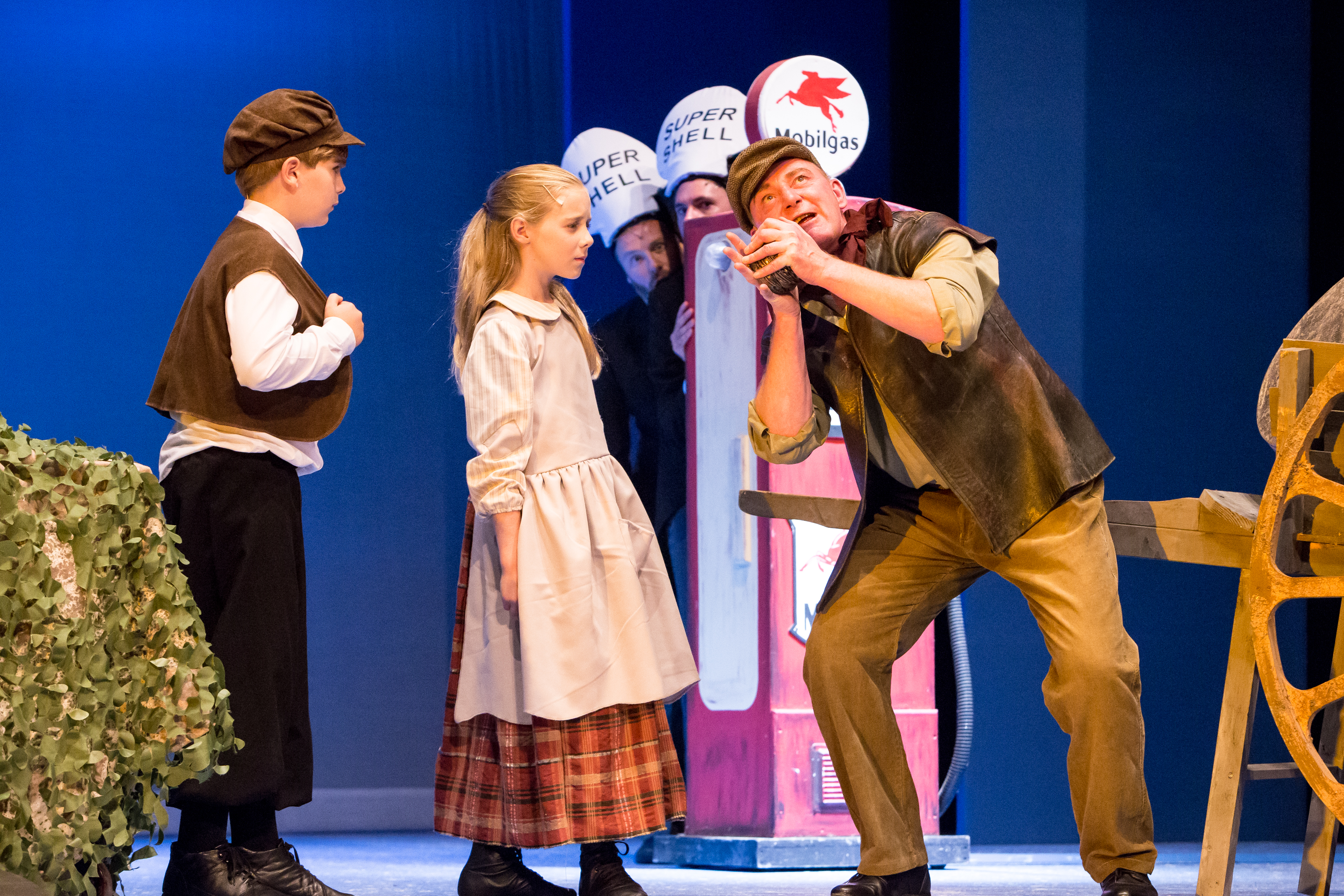 It’s tough for any stage production to take on the special-effects-heavy film version of 1968, so BLOC have wisely opted to make this a very theatrical piece, rather than attempting to make it a cinematic one. All of the stagecraft is very effective. 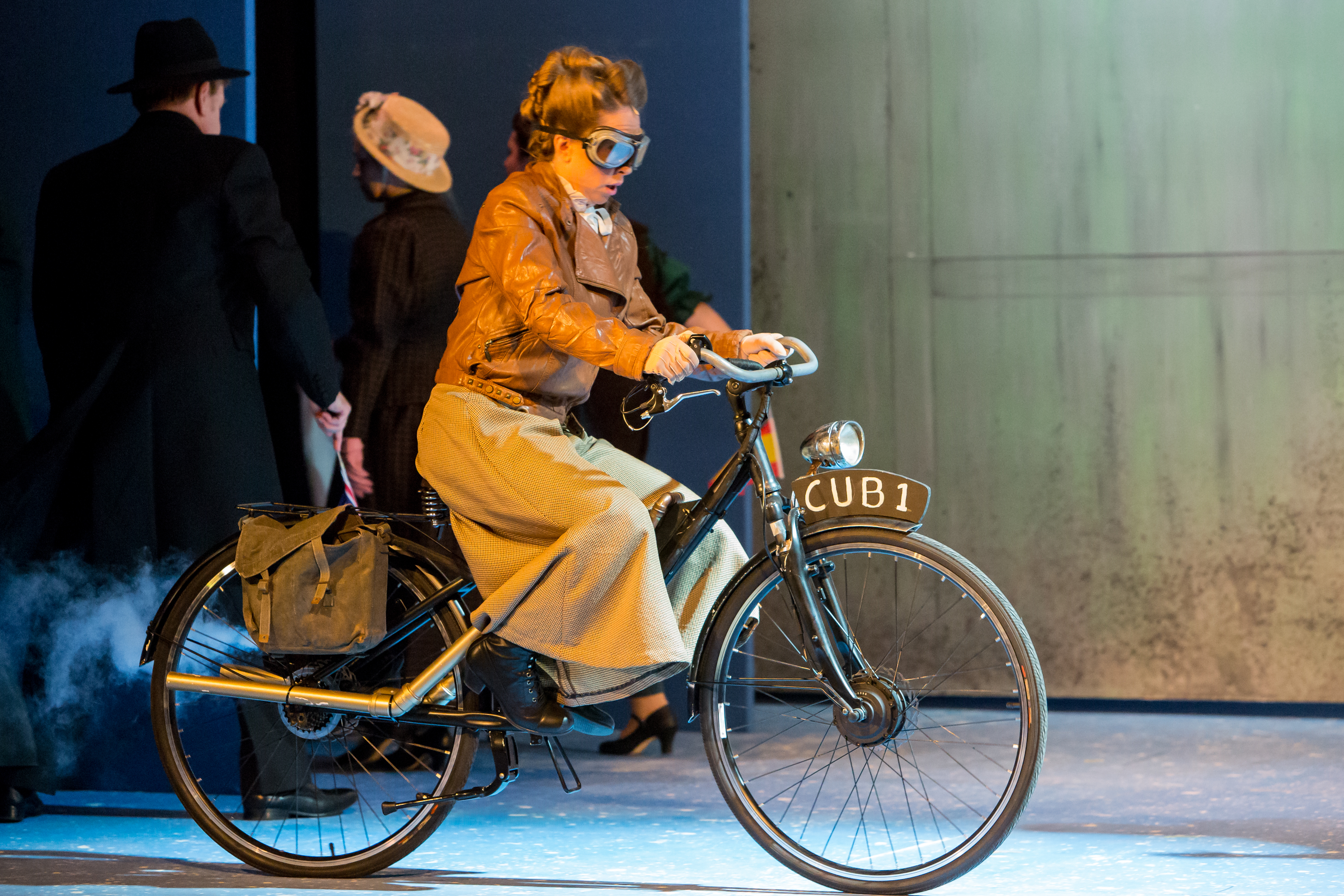 Trying to match Dick Van Dyke in the role of eccentric inventor Caractacus Potts is bound to be a huge ask, but Craig Rees-Cavendish gives it everything he’s got. Grace Macdonald is suitably lovely as Truly Scrumptious – she has a gorgeous voice – but the stars of the opening night were young Jack Spencer and Lilly Beacon as Jeremy and Jemima Potts (other actors will play these roles on other nights). 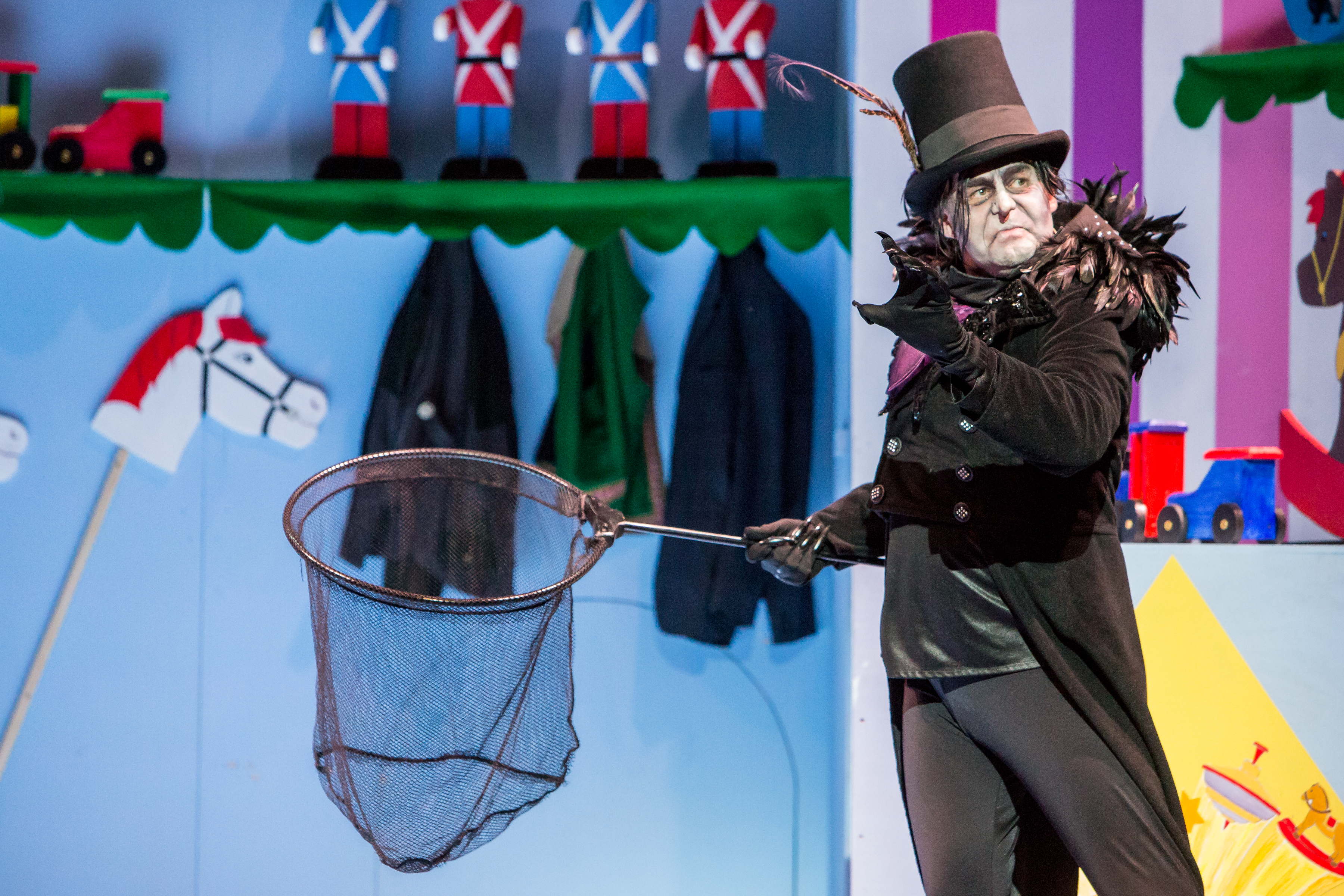 The show includes all the memorable songs from the movie – the title song, Truly Scrumptious, The Ol’ Bamboo – each of which brought the house down (you might notice that the latter bears a marked, even uncanny similarity to Step In Time from the Mary Poppins soundtrack. They are basically the same tune with different words – and both were written by the renowned Sherman brothers. Suppose that isn’t plagiarism…) 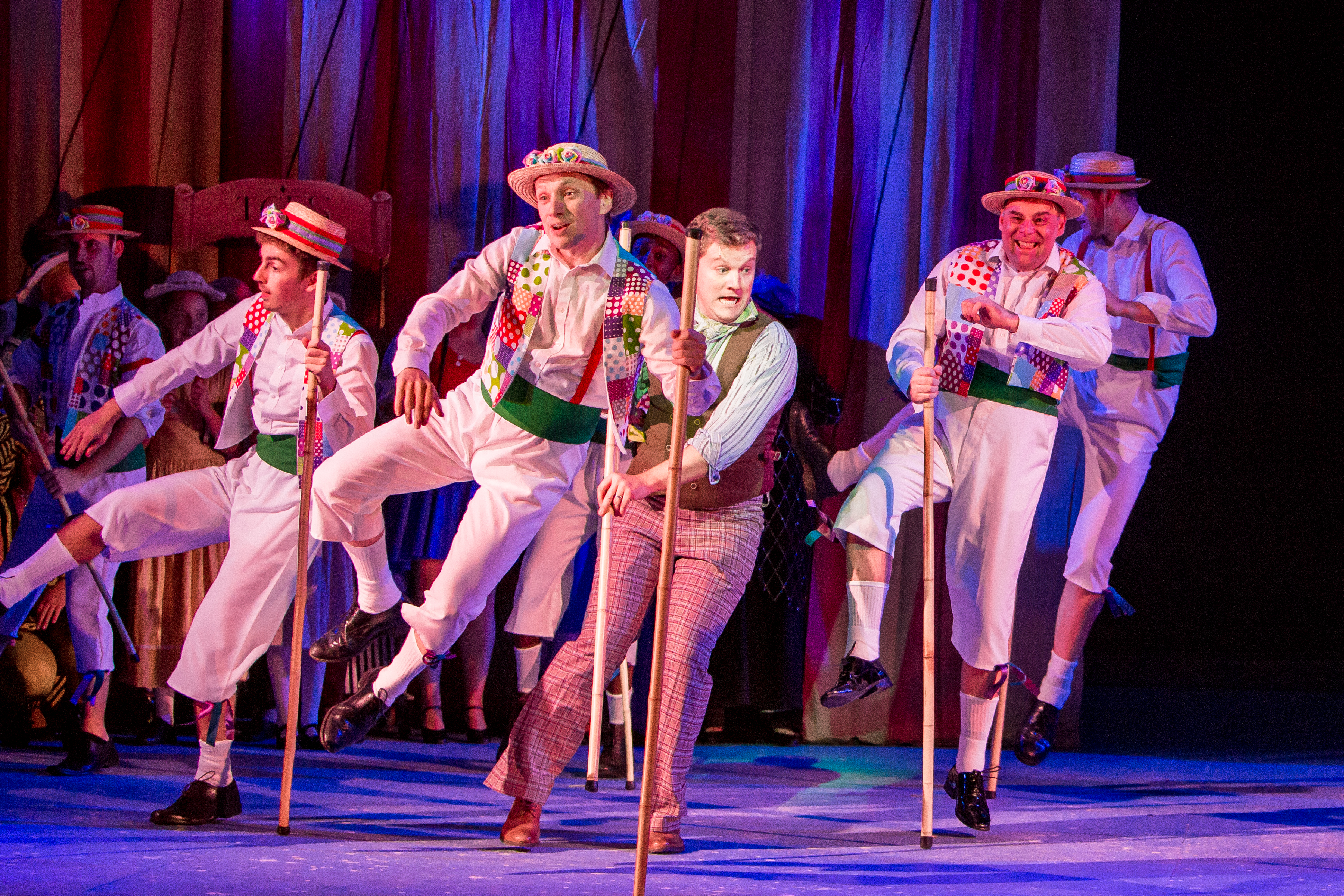 On one level, Chitty… is just a charming fairy story about a flying car. But, if you’ll allow me to get slightly highfalutin’ for a few moments, something else is also going on here.

Chief baddies, the Baron and Baroness Bomburst (Ian Taylor and Lizzy Westney), employ the evil Childcatcher (Craig Sillick) to steal away the youngsters of Vulgaria. Why aren’t they the King and Queen? Because they are, literally, a barren couple: they can’t have children of their own, and don’t want others to have what they can’t have. 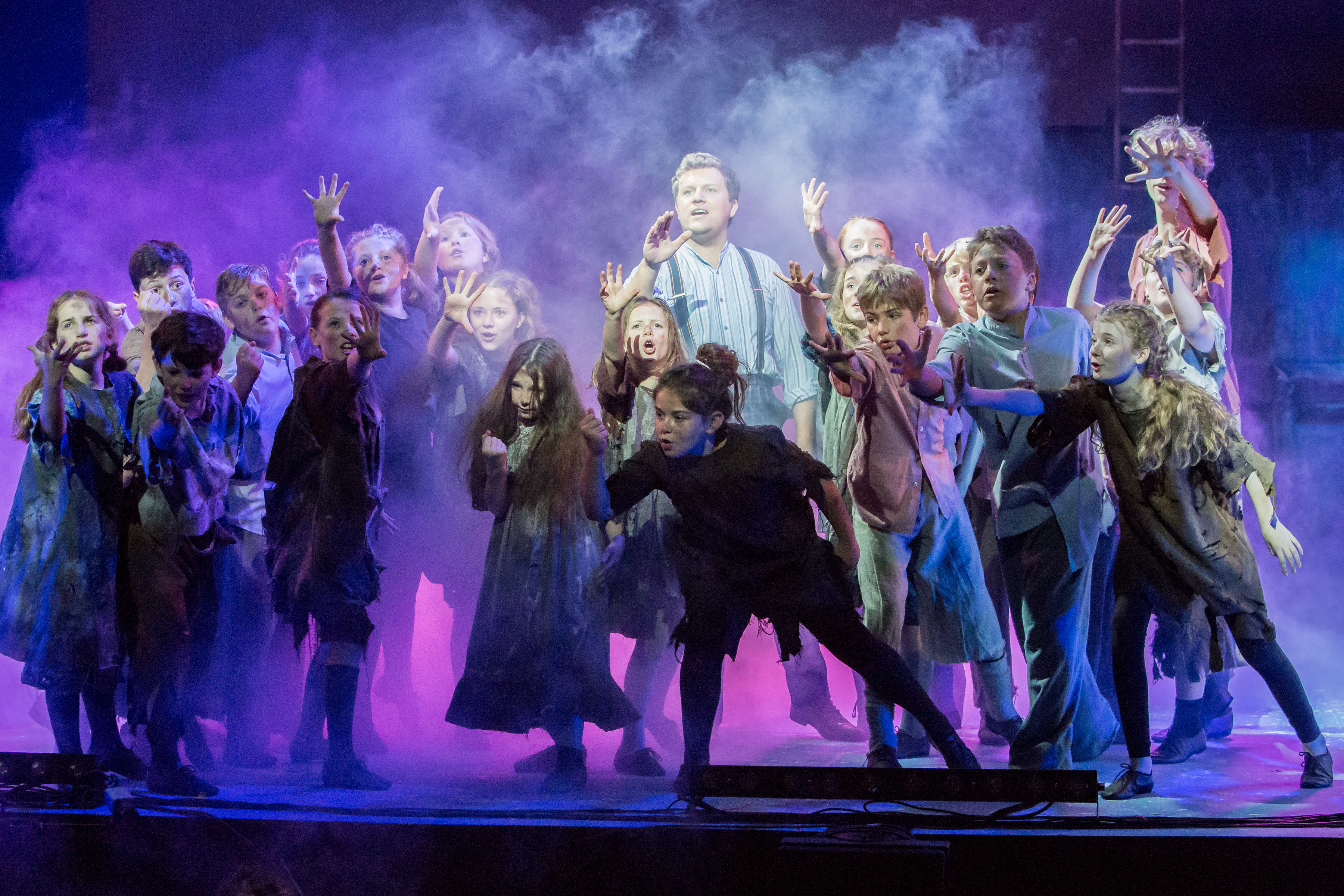 But of course, none of this is important. What really matters is that Chitty Chitty Bang Bang is a hugely enjoyable romp for the whole family, so rustle up the kids and get down to the Hippodrome where you’ll all sing and clap along to some terrific songs, You’ll love this show – it even has a live Labrador on stage.