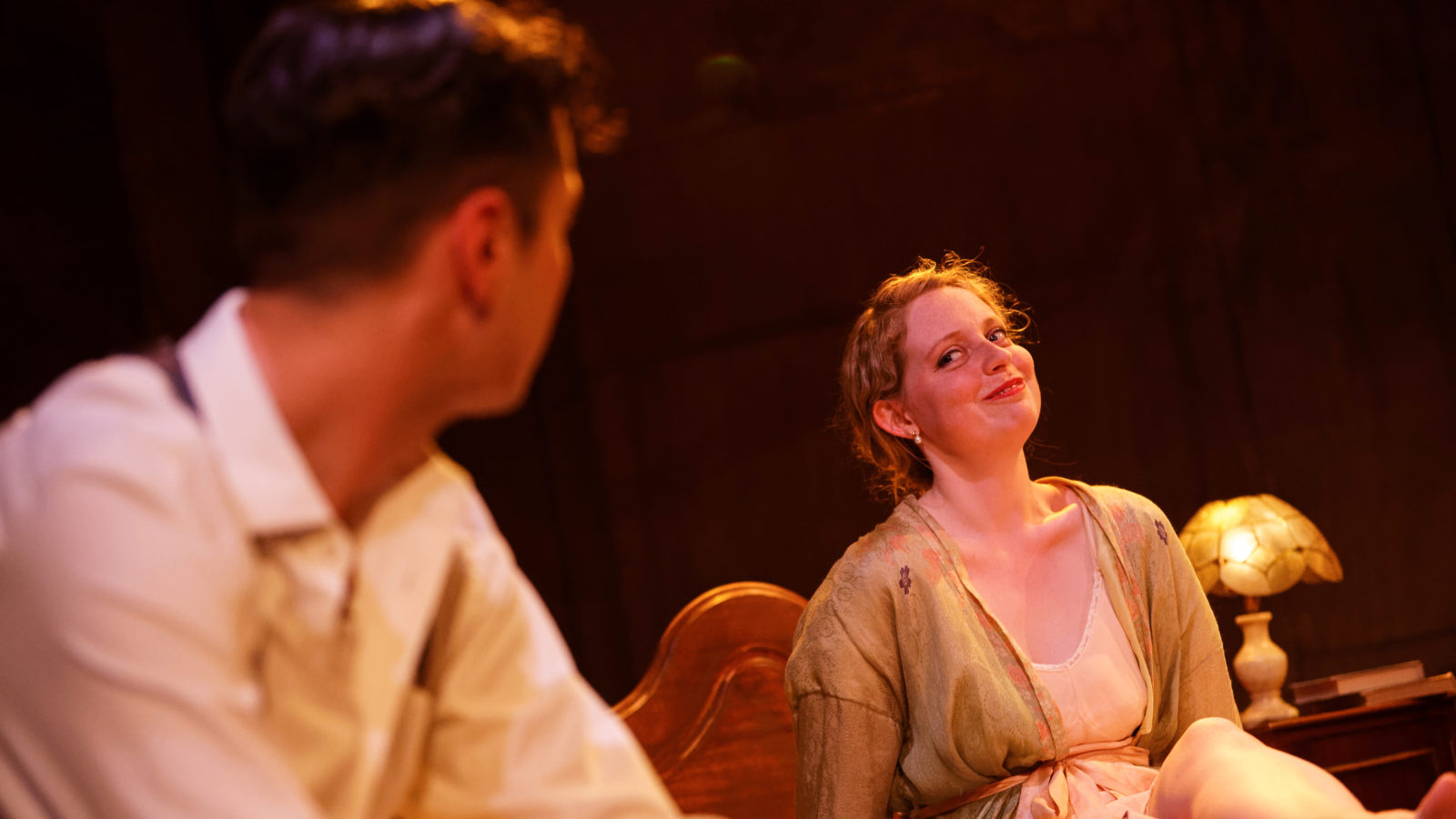 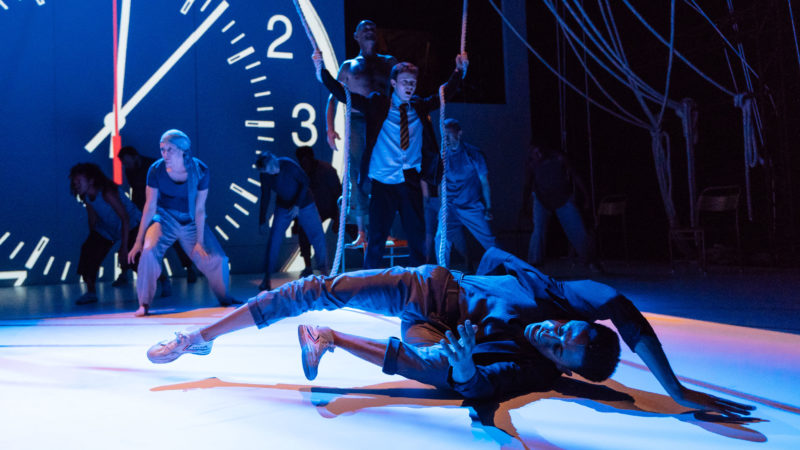 It’s been a very big year for Bristol Old Vic – the ‘Year of Change’, with that strikingly beautiful new foyer as the centrepiece. BOV’s finest hour on the stage itself came a few months previously, with this extraordinary adaptation of Patrick Ness’ novel by theatre’s queen of the imagination, Sally Cookson, and some of her regular collaborators. “Leaves all who see it enchanted and just a little bit emotional,” we enthused. 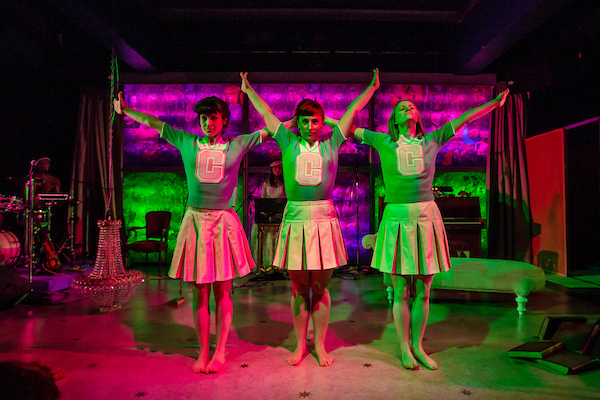 Pic: The Other Richard

In which the brilliantly questioning and adventurous RashDash “throw away the rule book and ask what and who Chekhov serves and why, if at all, we should be made to sit through it at all today (…) hollering a resounding ‘Fuck You’ to everything from convention to expectation, tradition to post-modernism.” 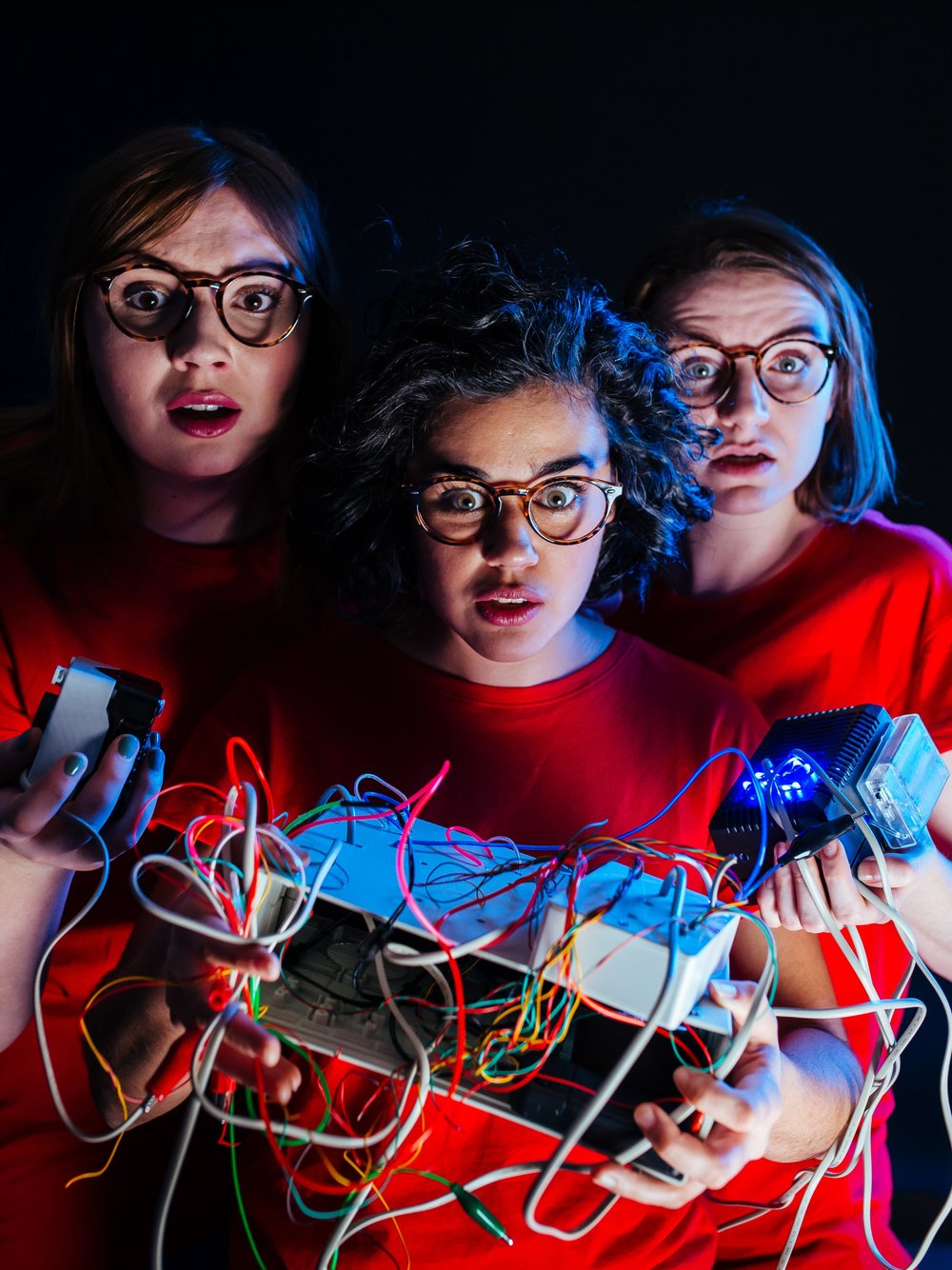 Our reviewer loved this fast-paced, funny tale of time travel, internet celebrity and friendship by Bristol’s Tremolo Theatre: “an entertaining but cautionary tale about finding fame online, and about placing more value in virtual relationships than those in the real world.” 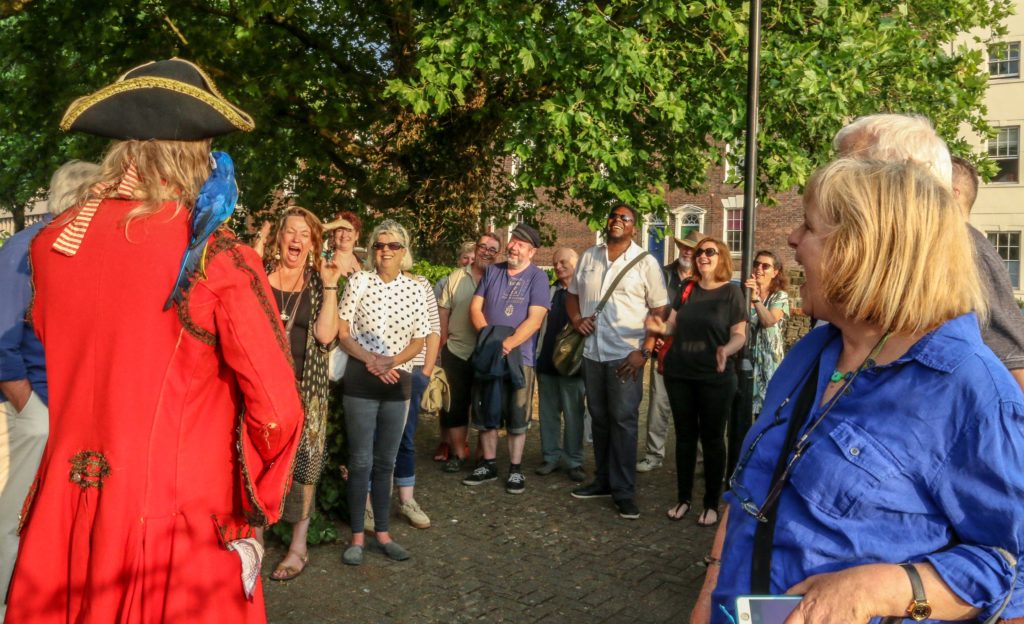 Not so much an individual show honour as a general shout of hurrah for all the brilliant stuff Bedminster’s Show of Strength theatre company did this year. The piratical ramble around Bristol’s seafaring old city that was Blood, Booze and Buccaneers; the totally gripping tour of Bemmy’s really quite strikingly dark past that greeted the hardy walkers and pub-crawlers who signed up for Blood and Butchery in Bedminster; and the riveting tale of a pivotal but all-too-forgotten player in Bristol’s (and the world’s) industrial history that was An Audience With Sarah Guppy. SoS, we salute you. 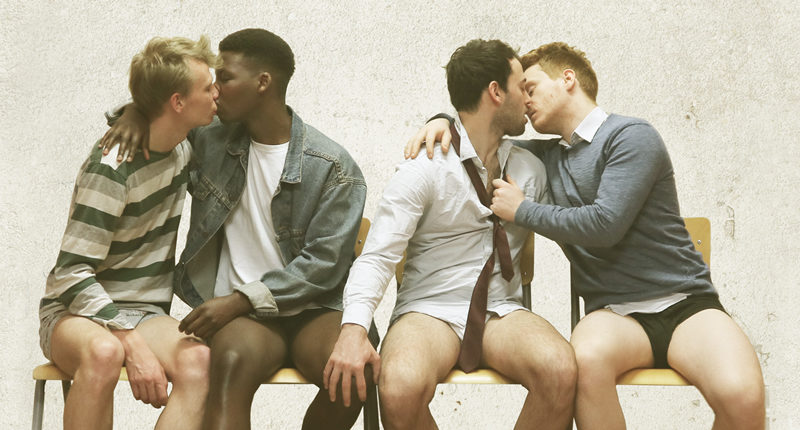 This season of modern works selected and directed by budding Bristol Old Vic Theatre School directors, and stage-designed and performed by their peers, always provides some of our year-end highlights, and 2018 was no exception. Hat tips to Caroline Lang who directed Sam Steiner’s Lemons Lemons Lemons Lemons Lemons, which follows a young couple as they jointly navigate their politics, jealousy, work, ideals, past, commitment and love (“balances relatability and a witty script with the fear of a dystopian future“); Liam Blain who took on Four Play (pictured above), Jake Brunger’s refreshing, hilarious and tender take on love, sex and relationships in the 21st century (“a brilliant romp of fast-paced comedy (…) leaving audience members with a lump in their throat and tears of laughter”); Katherine Farmer chose Richard Bean’s Kiss Me (pictured top: “captivatingly performed account of a little-known chapter in early-20C British life”); and Evan Lordan directed Philip Ridley’s brutal, passionate two-hander Tender Napalm.

Read all our Theatre reviews from 2018 at www.bristol247.com/culture/theatre