“Sarah Guppy was the first woman in the world to patent a bridge – in Bristol, in 1811. But women didn’t design bridges back then, and it was never built.”

This is Sheila Hannon, of Bristol’s brilliant Show of Strength theatre company, introducing us to a fascinating, seminal and undervalued protagonist in the story of engineering in the UK.

Inventor and longtime Bristol resident Sarah Guppy (1770-1852) is the subject of Show of Strength’s latest one-woman show, which gets performances at the Hen & Chicken on North Street and the Create Centre next to the Cumberland Basin in early November.

Well-known Bristol actor Kim Hicks plays Sarah in this one-woman depiction of a fascinating and varied life, accompanied by projections and animations. The show is directed by Sue Colverd, who also helmed Show Of Strength’s acclaimed Fanny and Johnnie Cradock Cook the Great American Songbook – and has an Olivier Award nomination for Best Comedy Performance in the West End.

Designer Mick Bearwish was resident designer at Bristol Old Vic, while Bristol stencil artist Stewy has created an image of Sarah from an old pencil sketch, said to be Sarah – drawn by Isambard Kingdom Brunel. 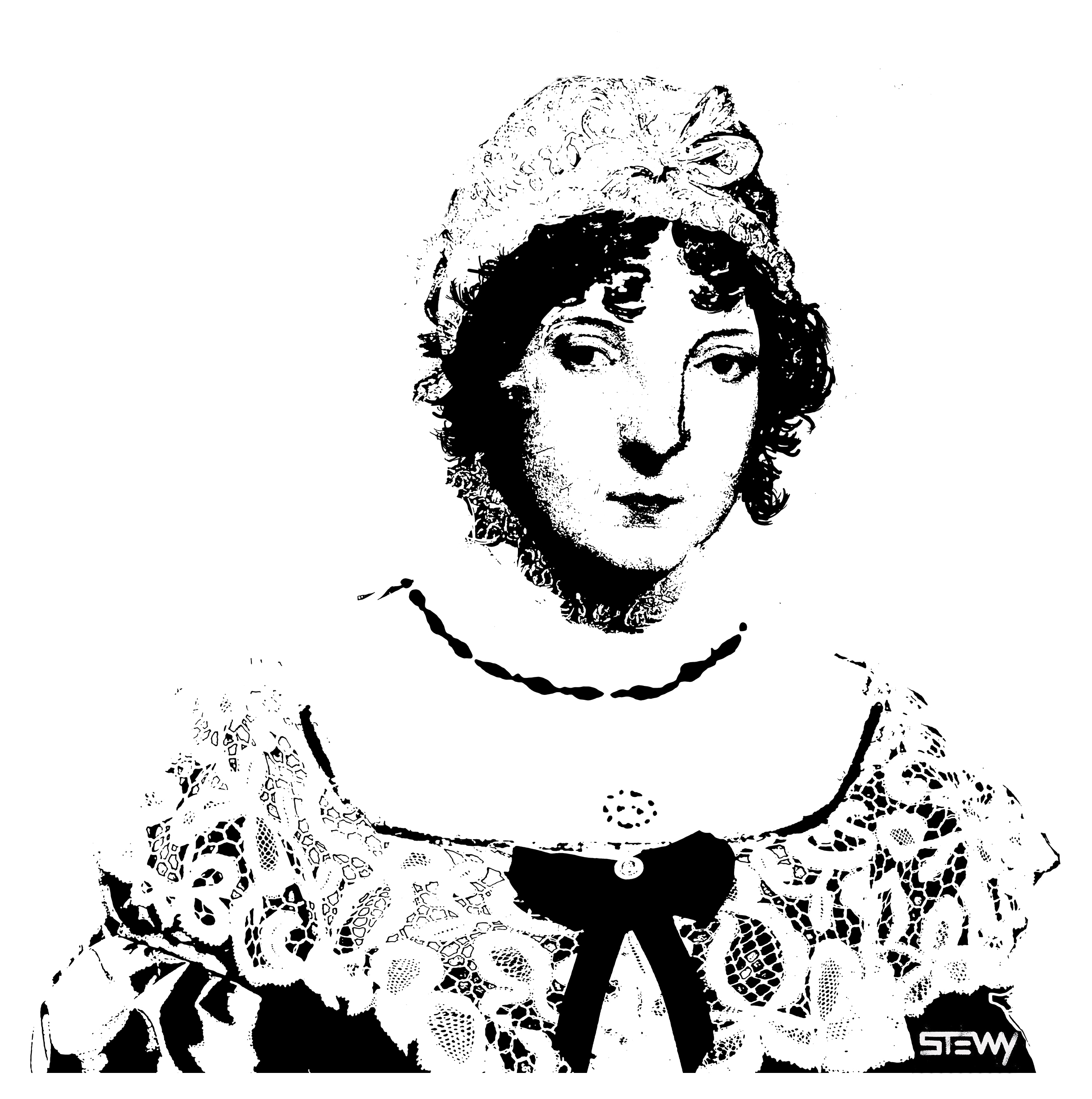 Bristol stencil artist Stewy has created this portrait of Sarah Guppy from an old pencil sketch, said to by Brunel

So, some history. Sarah Beach was born in Birmingham in 1770 and moved to Bristol when she married merchant Samuel Guppy. Their first home was in Queen Square, and they made a fortune manufacturing copper nails in the Napoleonic Wars, with a factory in America. Other homes and offices followed – in London, as well as Clifton and Brislington, where Sarah lived at Arnos Court, now Arnos Manor Hotel. Her stables are now the Black Castle pub.

But back to the bridge that never was. “Undaunted, Sarah invented an early teasmade instead – it also cooked your eggs and kept your bacon warm,” says Sheila.

“That was followed by an ‘exercise bed’ – a four-poster with curtains, steps that doubled as drawers (very 2018!) and a built-in pulley system. We’d call it a private gym today. Light years ahead of her time – but virtually forgotten today. Nowadays, if Sarah is referred to at all, it’s usually as ‘housewife, amateur inventor and mother of six’.” Show of Strength’s show aims to go some way towards reversing that injustice.

Sarah’s links with Bristol and engineering run deeper still. Her son Thomas Guppy worked with Isambard Kingdom Brunel on many projects, including the Great Western Railway and the SS Great Britain.  The Guppys were significant investors in Brunel’s projects and the reason Brunel is so strongly associated with Bristol.

“The two families knew each other well and Isambard seems to have stayed with Sarah in Brislington – an old painting shows him playing cards there with her children – they were similar ages,” Sheila explains. “And therein may lie the problem. The faint whiff of an old scandal seems to cling to Sarah still, and not just about her second marriage – to Charles Eyre Coote, when she was 66 and he was 31.

What role did Sarah Guppy play in the designing of the Clifton Suspension Bridge?

Sarah also loved her adopted city and was involved in many charitable initiatives and other projects to promote and celebrate Bristol. A prolific letter writer and campaigner, she wrote: ‘Why shall our magnificent city be left to lag behind? Shall she be neglected because nature has done so much for her? Her expansive and unparalleled position for commerce, her double docks and most commodious quays, her beautiful scenery – not surpassed even in Italy – extending itself in every direction, with a rich supply of wood, water, and coal; her salubrious spa, her healthy limestone atmosphere (…) One word more: let me ask, if any man can justify himself who endeavours to obstruct a city of such national importance.’

“In 2018, we are celebrating both the Centenary of Women’s Suffrage and Year of Engineering – so it’s the perfect time for Sarah to tell her fascinating story,” Sheila explains.

And is the old story true? Was Sarah Guppy the real engineer behind the Clifton Suspension Bridge? “You’ll have to see the show to find that out…”

All photos by Zuleika Henry