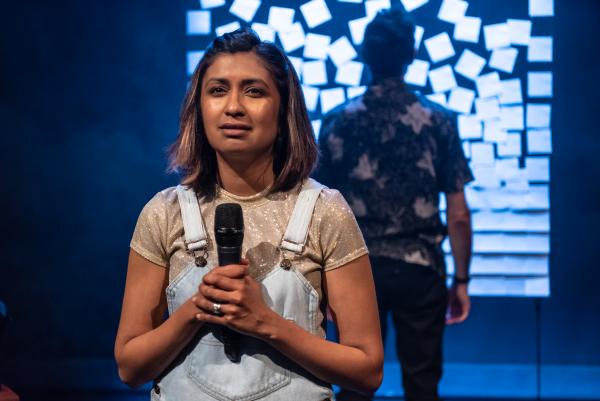 Tracing the journey of the creation of a dazzling advertising campaign to launch a new SUV in India, Engine Brake navigates questions of growth, progress, and the dreams that connect us.

TPM’s Simon Day comments that “at its heart, the show is exploring what it means to be English today in a global world, so bringing as broad a range of experiences of India and England as possible into the room has been fundamental to the creative journey”.

Here’s Simon to tell us more.

Tell us the impetus behind this show. Are you exploring our relationship with cars and the way they are advertised? Did you want to bring together British and Indian culture and music?
In 2016, I returned to India for the first time since a visit as a teenager. When people asked what had changed in the eighteen years in between, two things would usually come up: the adverts and the traffic. Both were everywhere, and at a scale that blew my mind.

It was round about then that I decided to look into this further by making a show about the questions and the feeling this brought up for me. This was also off the back of our last show, There Shall Be Fireworks [reviewed by us here], where we’d become really interested in how a story from Afghanistan gave us a way into a story about England, about ourselves. So by bringing stories, experiences and perspectives from India into the room, including through collaborating with British-Asian artists, I wanted to continue this exploration further.

What does the show actually look like on stage?
Engine Brake is a two-hander performed by a middle-aged, white, English male, and a younger Indian woman. The performers attempt to creating a dazzling campaign to launch an imaginary SUV for the Indian market. They create a series of imagined TV ads together in the space, punctuated by episodes of a simple, distilled story of an Indian woman’s last day at work in New Delhi. It’s as if the stage is their blank canvas, and they invite the audience to experience the pictures they paint onto it.
The show has moments of movement, but it’s probably the most still, the most delicate piece I’ve made. Arun Ghosh’s brilliant sound design plays a subtly big part in supporting the text to really work the audience’s imagination. 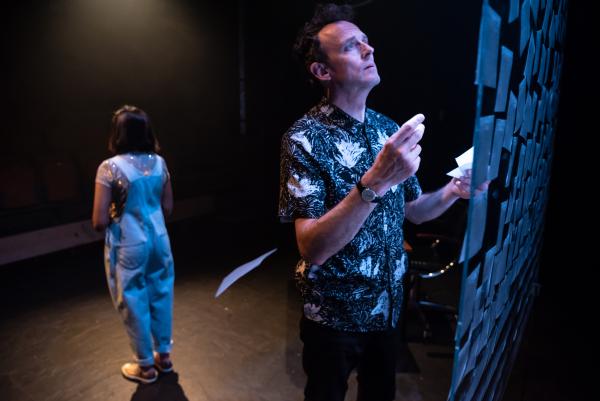 Is it a linear narrative, or more a series of connected but non-linear scenes?
Engine Brake is a delicately poised, distilled piece of contemporary theatre. Rather than following the story of two coherent characters in a traditional dramatic setting, the audience are instead invited to draw connections between a collage of images and ideas to explore meaning.
The series of staged pitches that punctuate the show will be familiar to anyone who has ever seen a car advert on telly: sometimes fun and energetic, sometimes minimalistic and emotional. So although on the surface, we could be watching a play about a man in an office trying to come up with an idea, alongside a story about a woman’s last day at work, it is a deliberately poetic space: we’ve tried to craft something more open for the audience to understand as a wider metaphor. 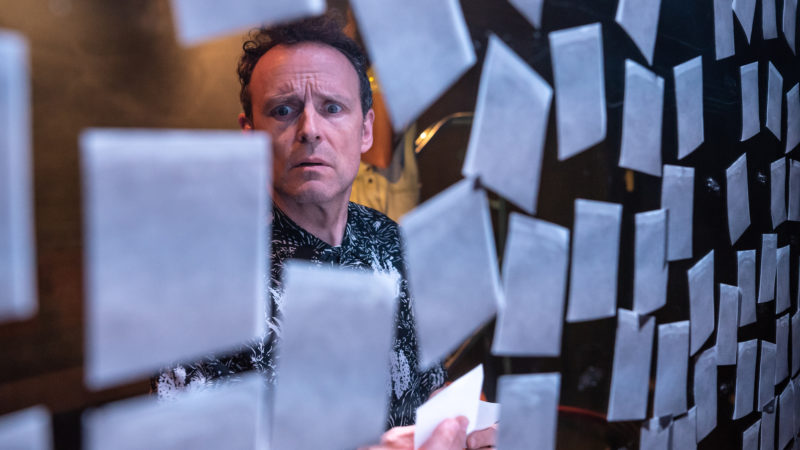 “exploring what our relationship with the car says about us”: without revealing too much, what *does* it say about us?
Ha, good question! It’s funny – one of the weird things about writing copy for work before you’ve made it is the second guessing of what you’re going to end up with. Rather than a straight road from A to B, the journey of devising theatre tends to feels more like discovering the destination in the process of getting there. So I’ve probably got a different take on that line now.
Engine Brake has emerged as both a question about our Western identity, asked through the prism of another place, another set of stories, and as a reflection upon change. Whether it’s for an individual, a group of people, or even a society, a whole nation, I hope we’ve managed to make a piece of work with its own take on processes of change and reconciliation.
How can we leave behind what we were in order to become what we hope to be? We’ve tried to use car adverts as a way of approaching this question. 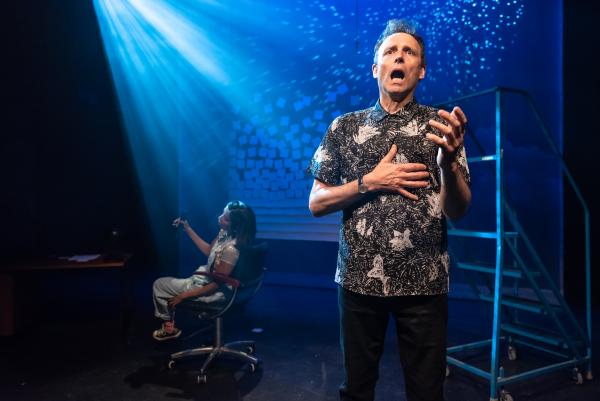 Tell us about The Plasticine Men – what have you set out to do, and why are you doing it in Bristol in particular?
For me, making theatre with other people is the best way I know of finding out more about the world, and our place within it. So with The Plasticine Men, I start with something I’m curious about, and collaborate with brilliant people to go on a journey together, exploring, discovering and understanding more along the way.
I’ve been in Bristol since 2012, when I moved here for a job. I’m making work independently now, and it can be tough wherever you end up, but it’s the spirit and energy of places like the Wardrobe Theatre that have kept me here since.

Interesting that the advertising campaign in the play is for a brand new SUV. I assume questions about the ethics of driving (SUVs especially), in these ecologically sensitive times come into play here?
Actually, not so much. I don’t really want to preach, or hit anyone over the head with opinions. If anything, it’s in fact the contradictions and questions that come into play when you take a wider view of the bigger picture that I’m more interested in. So, as a keen cyclist in Bristol I certainly have some strong opinions about SUV’s! But if I’m thinking about growth, development, and aspiration in a global context, and I’m trying to make an interesting piece of theatre about this, I do try and start from a more open minded place.

Engine Brake is at the Wardrobe Theatre from Wednesday, June 6 to Saturday, June 9. For more info and to book tickets, visit thewardrobetheatre.com/livetheatre/engine-brake