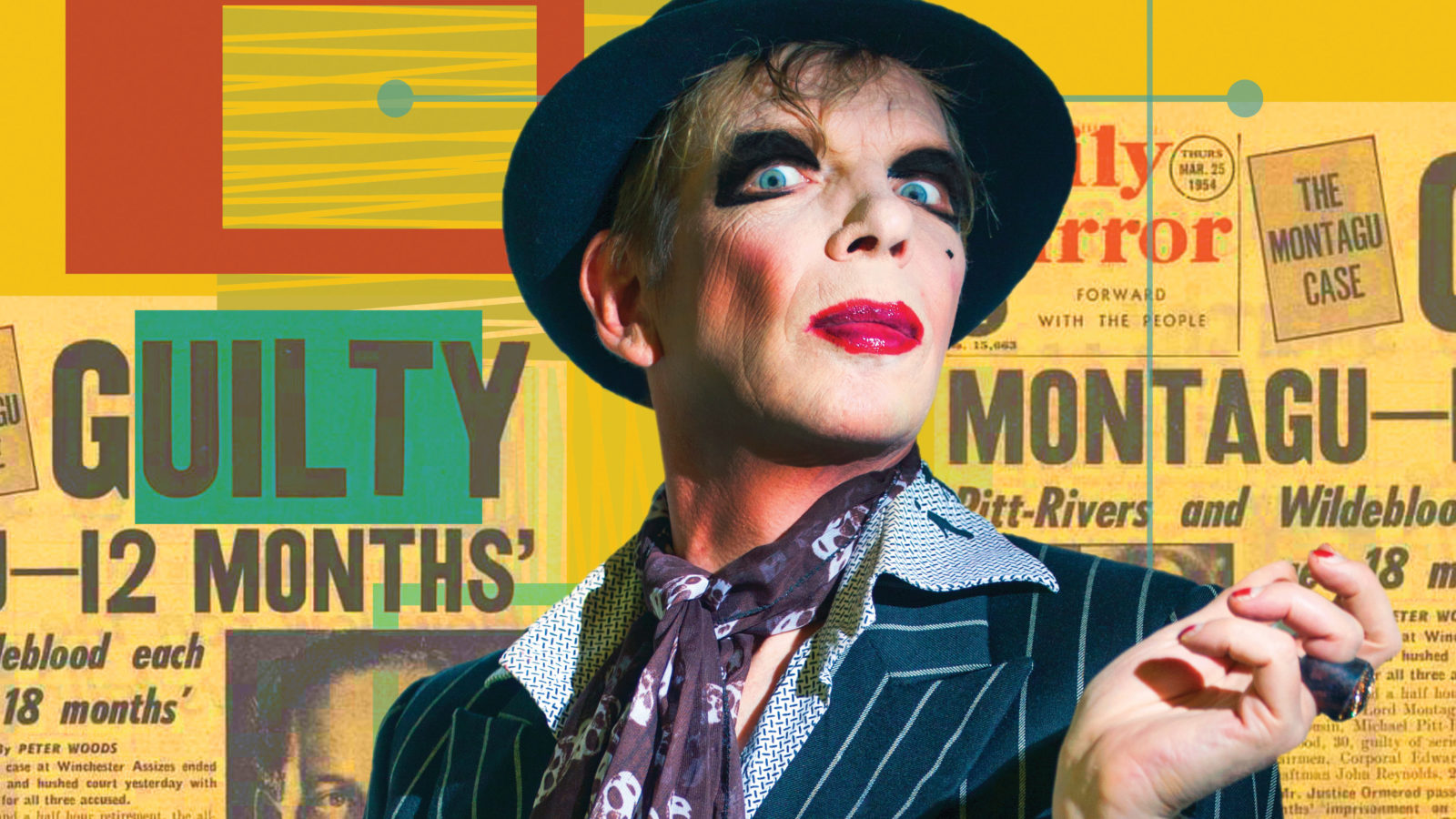 David Hoyle, the legendary avant-garde performer, is making his way to the Arnolfini with his new show, Diamond.

Hoyle, or The Divine David (as he was known in the 90s), is a unique and intrinsically radical performer.

Born in 1962 (five years before the partial decriminalisation of homosexuality), Diamond reflects on Hoyle’s own life and career and upon major landmarks in LGBT history and culture since he was born.

“There’s a real mixture of light and dark in the show,” Hoyle says, “people should expect elation and sadness.” That duality is something that often underpins LGBT+ culture, which Hoyle puts down to the fact that “we know what it is to be persecuted.” 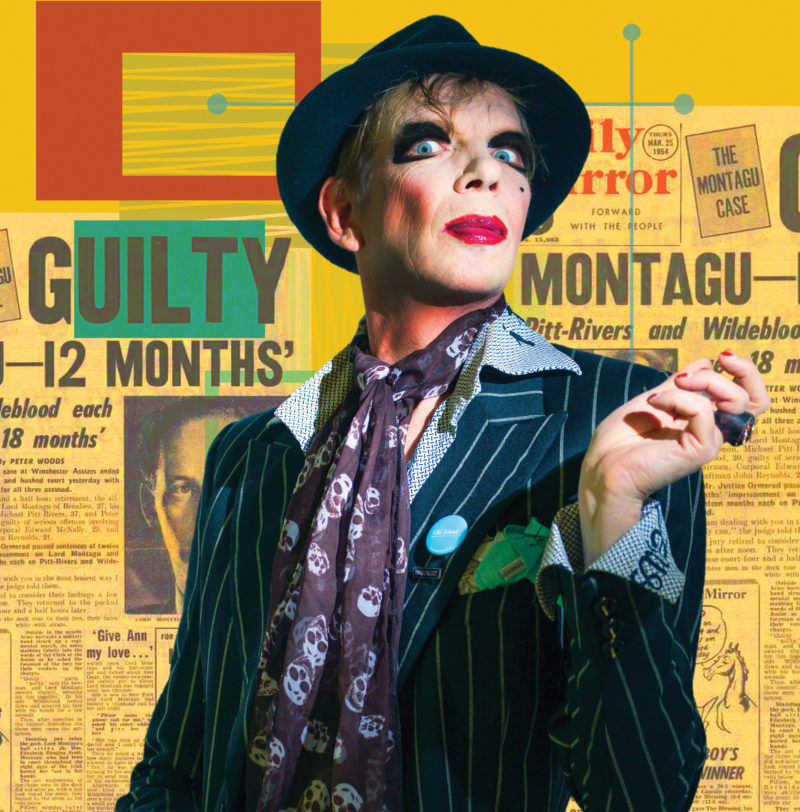 Known as The Divine David in the 1990s, Hoyle is an iconic and boundary-pushing queer performer from stage and screen

In cabaret, theatre, and gay clubs, Hoyle is well-known for his blend of satire and surrealism which have always been delivered with trademark bite. The Divine David was one of Hoyle’s legendary creations and eventually appeared on several Channel 4 shows towards the end of the 1990s.

Speaking of new show Diamond, Hoyle says: “We also reference Alan Turing and the paradox that he liberated a county that went on to become a spiteful, peevish nation of homophobes.”

With its mixture of humour, sadness, dance, and music, it’s a “very inclusive show and it can’t possibly function without you coming,” Hoyle laughs.

Hoyle remembers performing from a very young age. “The Punk era really inspired me to get on stage. I remember doing a striptease in a northern club in my school uniform to David Rose & His Orchestra’s ‘The Stripper’.”

In those formative years, Hoyle says he was influenced by contemporary performers like Siouxsie Sioux, Toyah, and David Bowie as well as classic stars like Bette Davis and Liza Minelli. He rose to notoriety in London in the ‘80s but since then, what changes has Hoyle noticed?

“It’s that people seem to be getting away from restrictions of the binary systems. I think that’s a really healthy change. I’ve been very lucky to work with quite a few young trans-performers because I think they’re like a breath of fresh air.”

“I think what will happen is, a lot of straight men are getting bored with being ‘straight’. Having to pretend they don’t like flowers or colour or feelings. People like that are going to see our community and it will inspire them to give up their ‘performance’.”

Hoyle makes being gay sound like a blessing. “What a gift! Especially if you’re artistically inclined you get a wonderful outsiders perspective – you just do, being gay. The mainstream doesn’t seem too nice from where I’m sitting and look what it results in. You can do things that are more exciting and no one raises an eyebrow.”

Hoyle returned to television in the 2005 cult-hit Channel 4 sitcom Nathan Barley, which was written by Charlie Brooker and Chris Morris. His character, Doug Rocket, was an eccentric New Wave musician loosely based on Dave Stewart from Eurythmics. The show starred a huge number of then-unknown talents including Benedict Cumberbatch, Richard Ayoade, Ben Whishaw, Noel Fielding, and Julia Davis. 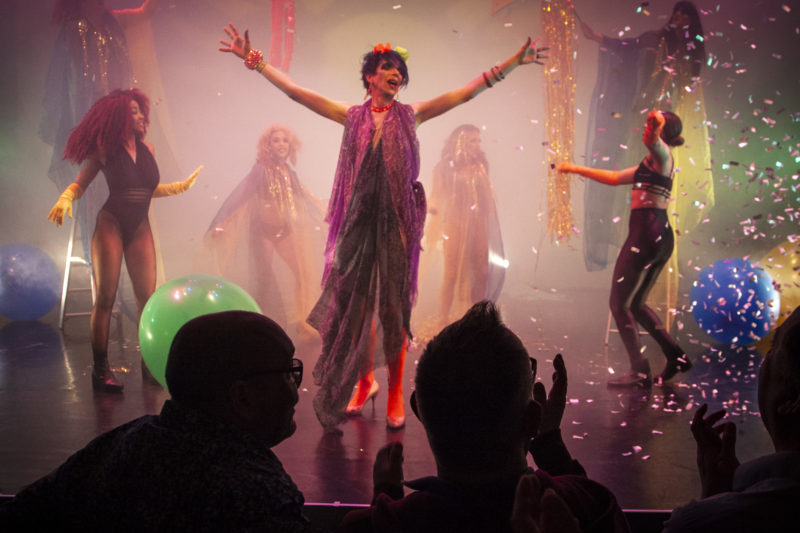 Reflecting on LGBT history, there seems to be no shortage of darkness. Much of the show’s lightness comes from Hoyle’s wonderfully vivid memories. From his youth to his adulthood in London, he bursts with tales.

“I was in British Home Stores in Blackpool as a teenager. This was at a time when it was still profitable, of course.”

Quite which of those battling British brands Hoyle refers to, it’s unclear.

“I was one of the first boys on the till and that was quite revolutionary at that time because people wouldn’t queue for my till they were too embarrassed for me. They thought only women could work on the tills.”

“I was performing as far back as then. I would be singing during the shop hours. Singing down the ventilation so people would hear me singing ‘Goldfinger’ round the shop.”

Hoyle grew up in Layton, Blackpool which he likes to describe as the dead centre of the town because he “grew up by the cemetery”. The North, Hoyle feels, has influenced him as a performer. “Coming from the North also gives you that outsider’s perspective – London is a very different animal to the North. Life is gentler.”

The north might be gentler (and Hoyle has frequently returned there for extended periods of time throughout his life), but London has been especially important to Hoyle’s career.

“In those days you needed an Equity card when I went down to London. It was like going out one night and coming back three years later. I met a lot of crazy people and crazy times and survived to tell the sale but eventually realised I couldn’t keep it up and that I needed to return to the North.”

In terms of advice for young LGBT+ people, Hoyle says: “Have respect for yourself and others. Focus on being happy in yourself – the happier we are in ourselves, the happier we’re going to make other people. But so many young LGBT people now are so confident and so bold in the way they present themselves. They don’t seem to be as tortured as people of my generation.”