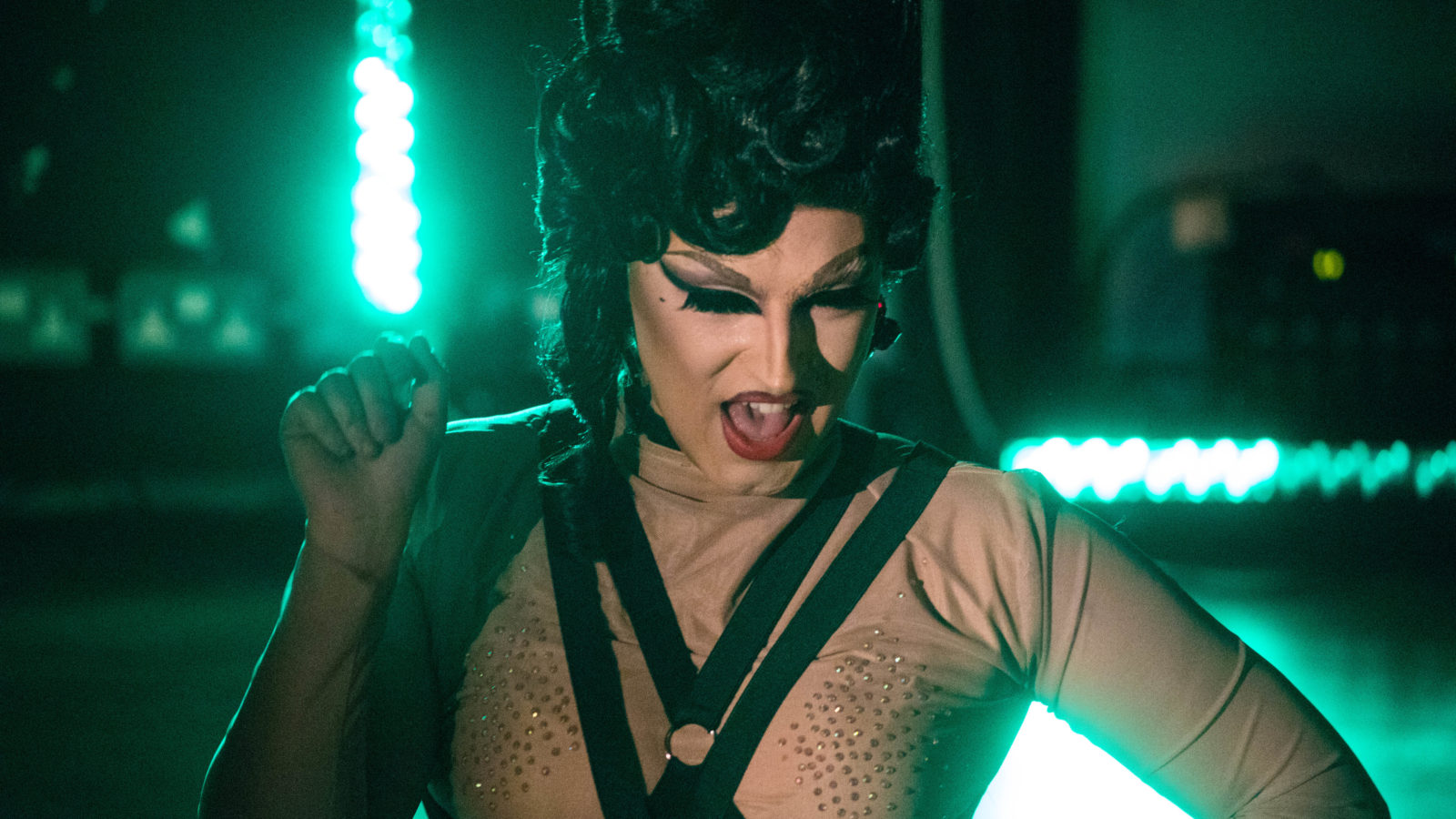 A Hot Night in the City might be the story of your life this July, but it is also the title of an extra-special, one-off drag cabaret night at the Old Market Assembly on Friday, July 27.

The night promises a fusion of styles from modern pop, to show tunes, to jazz, and is hosted by two notable Bristol drag artists.

Comedy queen Alyssa Van Delle is a familiar face in Bristol and as a live performer, she is known for her repertoire of classic show tunes and pop songs. Inspired by her Italian heritage, her act promise high drama.

Co-host Dis Charge is a drag artist of a very different style. Known for her political statements, her live performances range from goth and punk to blues and jazz. She plans to deliver classic jazz tunes with a drag twist.

Dis Charge and Alyssa Van Delle are already well-known as the hosts of two of Bristol’s biggest drag nights, Disgraceful Behaviour and Category Is…. Recently, Alyssa started Alyssa’s Search For A Star, a drag talent competition which encourages local performers to try drag on-stage for the first time. The winner of that competition will perform at the next edition of Category Is….

But having hosted countless others, A Hot Night in the City unites the two queens for the first time for a one-off hour-long show. The show, like Disgraceful Behaviour and Category Is…, is produced by Wig in a Box Promotions, run by Clare Lowe.

“Alyssa and Dis Charge give lots of queens in the West Country a stage to perform on, so A Hot Night in the City is a good opportunity for them to have more time to be creative and sing lots more numbers,” Clare says.

The alternative drag scene in Bristol is getting stronger every month, Clare explains. “The crowds are getting bigger and we are definitely developing a fan base. When I go on stage to introduce the acts, I ask who’s been to one of our nights before, and the cheers keep getting louder.”

The night is followed by an after-party hosted by DJ Dee2 who is part of the DJ collective that brought Old Market Assembly its Bad Reputation party – an all-LGBTQ+ women’s night.

A Hot Night in the City is hosted by Old Market Assembly on Friday, July 27 from 10pm until 1am. Tickets are £4 advance, or £5 on the door.