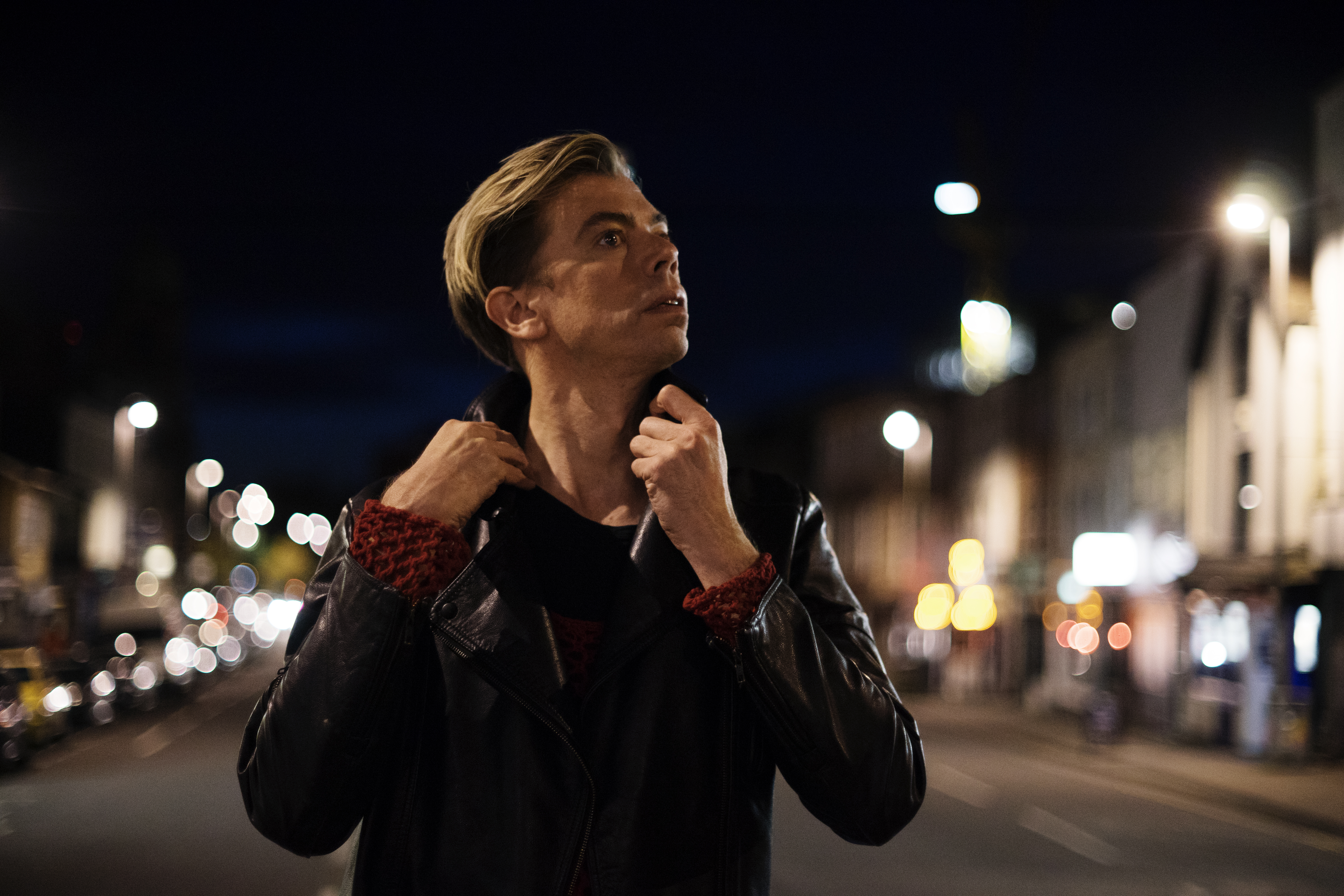 This month the Wardrobe Theatre welcomes back Bristol performer Tom Marshman and his acclaimed show Kings Cross (REMIX), in which he uncovers the hidden histories of LGBTQ communities in London during the 1980s.

Marshman uncovers those histories through memories of Kings Cross – an area that has undergone radical change since its day as a hub of LGBTQ communities, bars and culture. Woven together from the stories of people who experienced it first hand, Tom’s show celebrates a raucous, riotous time in the life of central London where sexuality was for exploring, HIV was causing tragedy, and rights were to be fought for.
Here’s Tom to tell us more.

Tell us about the show. What’s it about, whose story does it tell?
TM: Kings Cross (REMIX) is about London’s Kings Cross area and the people that worked and played there. It’s about the underground nightlife scene and the people that tried to help others through organisations like Gay Switchboard.
The show grew from a series of interviews. Initially I made an open invitation to folk who were there at the time to come to a tea party. Their stories gave me a general idea of the lay of the land, and they then suggested more people I should meet.
The focus is LGBTQ people who lived, worked and partied in the King’s Cross area in the 80s. For me, there is something important in capturing the stories of people who felt politically disenfranchised, and I wanted to make sure that stories around HIV are remembered, not forgotten.

What about the format? What sort of show can audiences expect?
TM: You could call it verbatim theatre, but it’s not classical verbatim as I’m always myself. I speak their words but I’m always me, using gestural physicality.

You like to make work in a variety of different ways. Tell us more about some of your approaches.
TM: First and foremost I like working with people’s stories, particularly sensory details. I ask people about what smells take people back. And music. They are both so evocative. I also work in cabaret and walkabout theatre, so I don’t feel set by one form, and that allows me to pick and choose what method is best for that story. Most people would think lip-syncing is exclusively a medium for queer cabaret and gay clubs, but I’m lip-syncing real stories about gentrification. It’s unexpected.

You’ve created more than 20 projects over the last decade – do you have a favourite?
TM: I’m going to say this one! I just keep coming back to it. We are having an 80s after party with 80s DJ Athena at Brisco, opposite the Wardrobe Theatre on June 14. I hope audiences will get totally in the 80s vibe and then party like it’s the 80s again.

Does this London-set show have any Bristol relevance?
TM: I think the show talks about a key moment in social history, that goes beyond it’s London context. HIV, political disfranchisement and gentrification are the themes that run through the show – and these aren’t just a London experience.
I live in Old Market, which seems like an echo of 1980s Kings Cross. It’s a home for LGBTQ+ people, its a bit of a party area, and a place for outsiders and close to a major train station. Gradually gentrification is kicking in, and there’s a fear that it is getting too homogenised.
I hope audiences will think a bit about that – that these histories shouldn’t be white-washed and that, even though urban spaces change, we should try and retain a memory of how they were, of how life was.