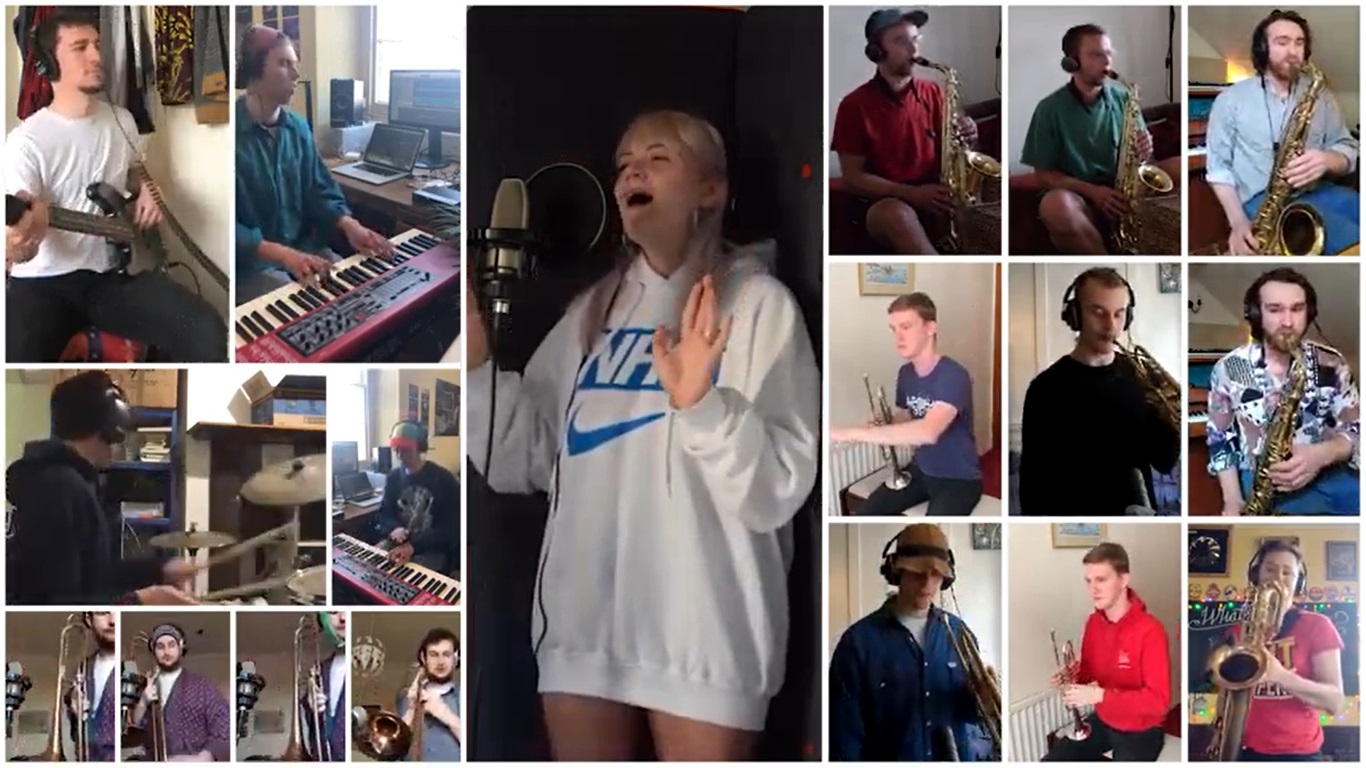 Some of Bristol’s top jazz and session musicians have collaborated virtually to record a new arrangement of a well-known song, raising money for NHS Charities Together.

The Bristol Lockdown Big Band’s version of the Bee Gees’ Stayin’ Alive took a month to put together from the initial recordings to the the mixing and visuals.

It was the idea of Ruaridh Wilkinson, who works for the Care Quality Commission as well as doing freelance work orchestrating, composing, arranging, and gigging as a pianist and conductor.

Ruaridh lives in Stoke Bishop, with the band in the video spread across Bristol.

“The idea came in the early days of lockdown,” Ruaridh told Bristol24/7.

“It was a really uncertain time for many of my close friends who are freelance musicians, for whom the entirety of their income comes from gigging and teaching.

“Many were extremely worried as they could no longer do these things, and this was a great project for them to keep playing together and to reach people in their community who were so used to being able to access the fabulous live music scene we have in this city.

“It was also a great chance to use this platform to spread a positive message about supporting the NHS.”

Ruaridh added: “Everyone I asked was amazingly keen to be a part of this. I think the excitement of playing together again, even virtually, was a big factor, as well as the prospect of recording something brand new to share with the world.

“So far the reaction has been great! I’ve had so many lovely comments from musicians and non-musicians alike.

“Big bands are often categorised as old fashioned so I think people have been really excited to see a pop tune they all know transformed in such a modern way.”

The featured artists in the video are: