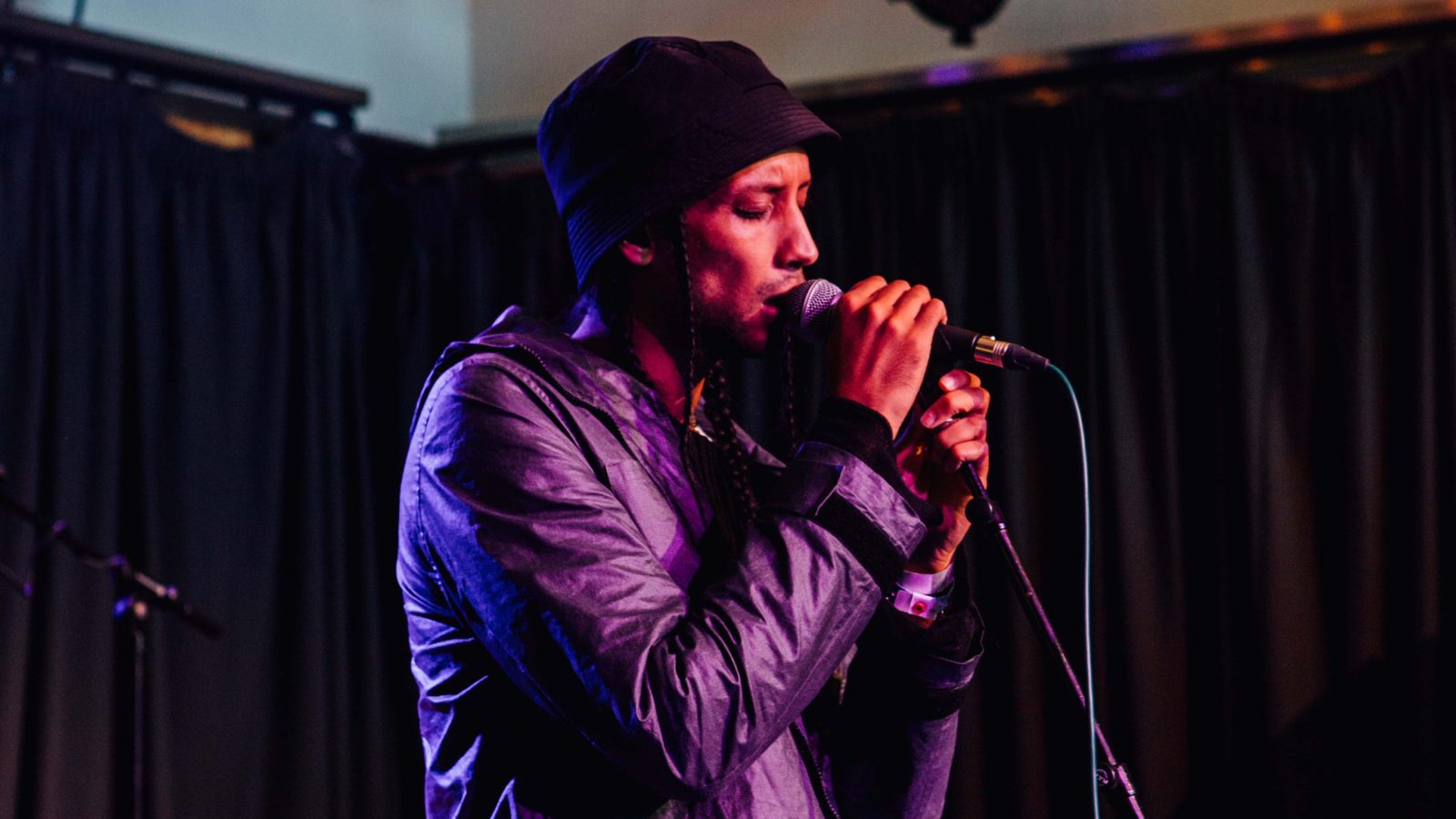 Mirroring the night before, Saturday’s first experience was at the IMAX for On Vanishing Land, Mark Fisher and Justin Barton’s sound journey. Leaving a bright morning outside, we stumbled up the pitch dark steps inside and scrabbled for a free seat.

The experience took the listener on a moody coastal walk, the narrator referencing horror writers and philosophical speculations while describing the landscape. The accompanying audio was bleak and doomed, in the form of field recordings and ominous synths.

A somewhat haunting way to start a festival Saturday, but that is what’s great about Simple Things – it celebrates a broad spread of creativity, from peculiar immersive listening experiences, through leading technology and out to contemporary pop. Like Miink for example, who’s etherial vocals swirled around the Colston Hall’s foyer, doubly loaded with reverb, atop his chunky downtempo beats.

A welcome dose of energy on stage and in crowd was next at Rough Trade for Look Mum No Computer, a cheeky chap on stage with a small set up of modular equipment. A daft but masterful electro-lab-technician, with soulful vocals and conscious lyrics, it was impressive. 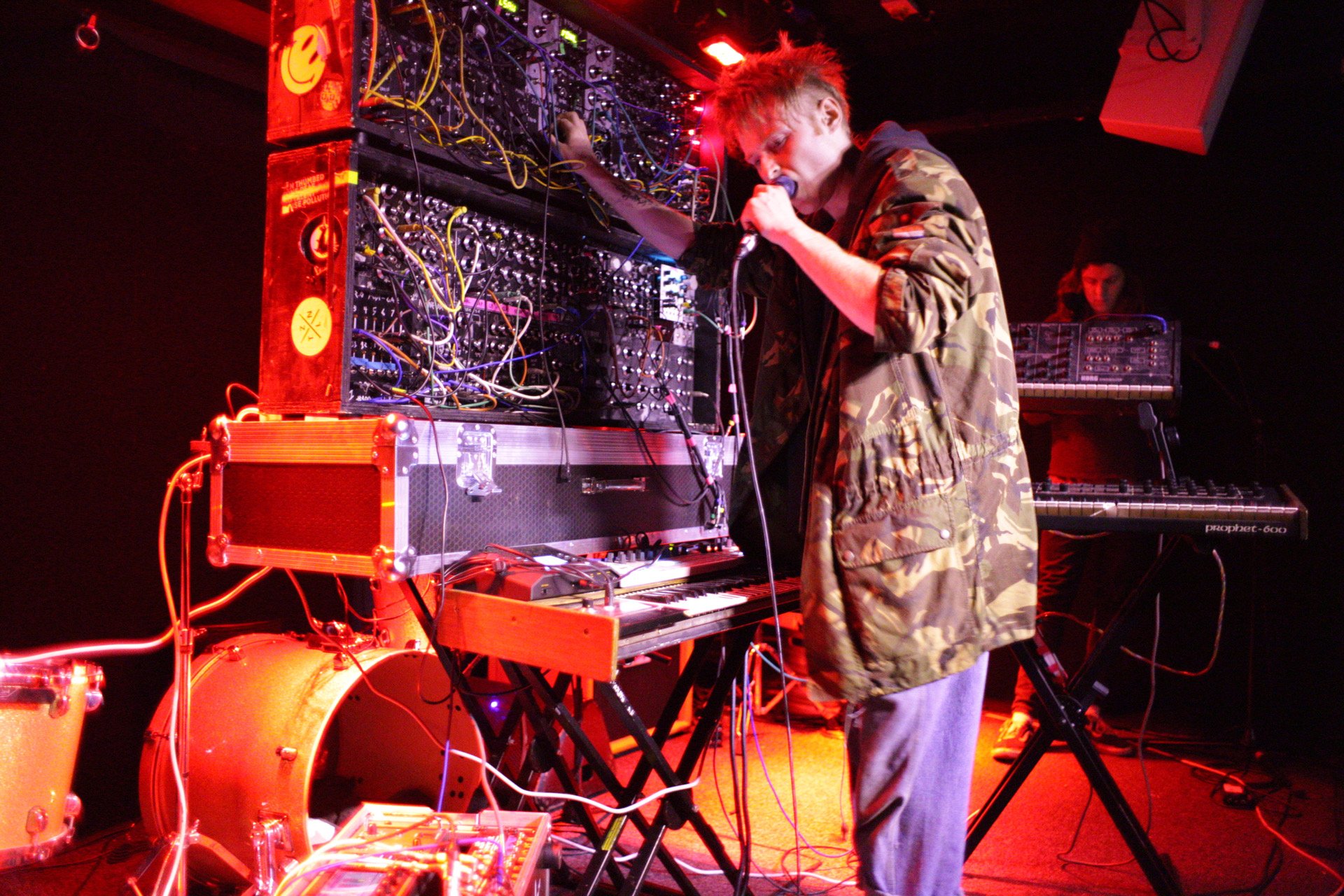 Look Mum No Computer asked the crowd who they were off to see next and the loudest answer came back as Scalping, who were just starting at SWX. We went and caught 15 minutes of their fully attended guitar techno, which had great percussion and creepy dancing visuals.

A local highlight was back at Colston Hall with Harvey Causon, who has emerged recently from studying at Bristol’s BIMM. With a distinct and encapturing voice and equally impressive bandmates, it was a dynamic mix of electronics and instruments that brought the original songwriting to life. Remember the name.

Soon dusk descended, and the festival program continued with diversity for both body and mind. In the planetarium, the beautifully stark films A Gradual Decline brought close the ever growing and hard to fathom reality of capitalism’s damaging effect on earth, highlighting that it must go, if the health of our planet is continue.

So with the questions: “If not us, who?” and “if not now, when?” ringing around the guts, we did what any sensible human should do when full of such weight, and shook our shit to DJ Lag at the Cristmas Steps. And what a skilled DJ they were with two hours of solid gold Gqom. Spacey, mean, heavy, hyper-rhythmic, energetic and just a tiny bit silly.

From the starry skied outdoor party we returned once again to the IMAX for the finale spectacle. Hyperdub label boss Kode 9 performing an original score against a backdrop drop of IMAX-scale anime: thoroughly invigorating sound and vision, complete with signature bass assaults and crazy melodies. Giants, mad professors and all manor of surreal images flashed and flowed enormously throughout.

And so to Lakota. Not a sentence I’ve been saying much in recent times, but it’s the neighbourhood bastion of night crawlers and colourful clubbery that makes a perfect midnight destination.

Local boy Facta earned his reputation with slick and discerning dubstep selections and, in the main room, Avalon Emerson rolled out all the right thumps and shakes for the growing mass of dancers. The rest is stories for another time.

Simple Things offered so much and left me wanting to go back round again, mainly for the immersive conceptual experiences that you don’t get in Bristol every Saturday, stirring the senses like you’ve stepped into a multi-angled, parallel version of a familiar city centre.